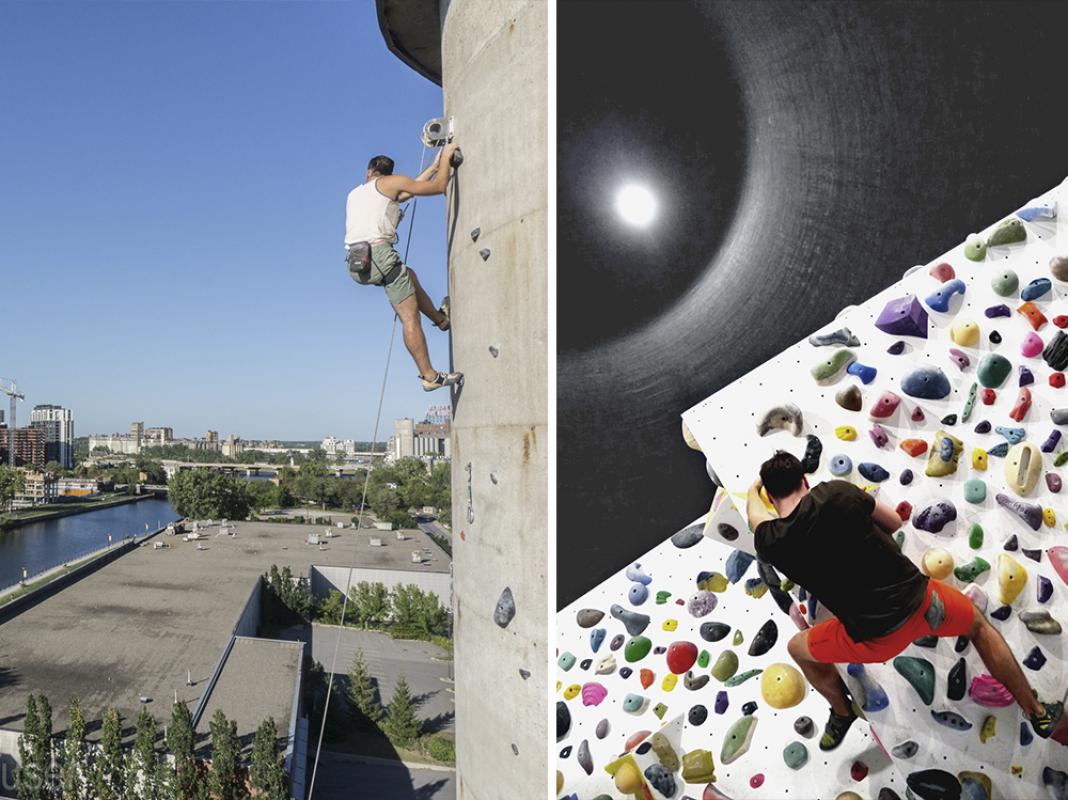 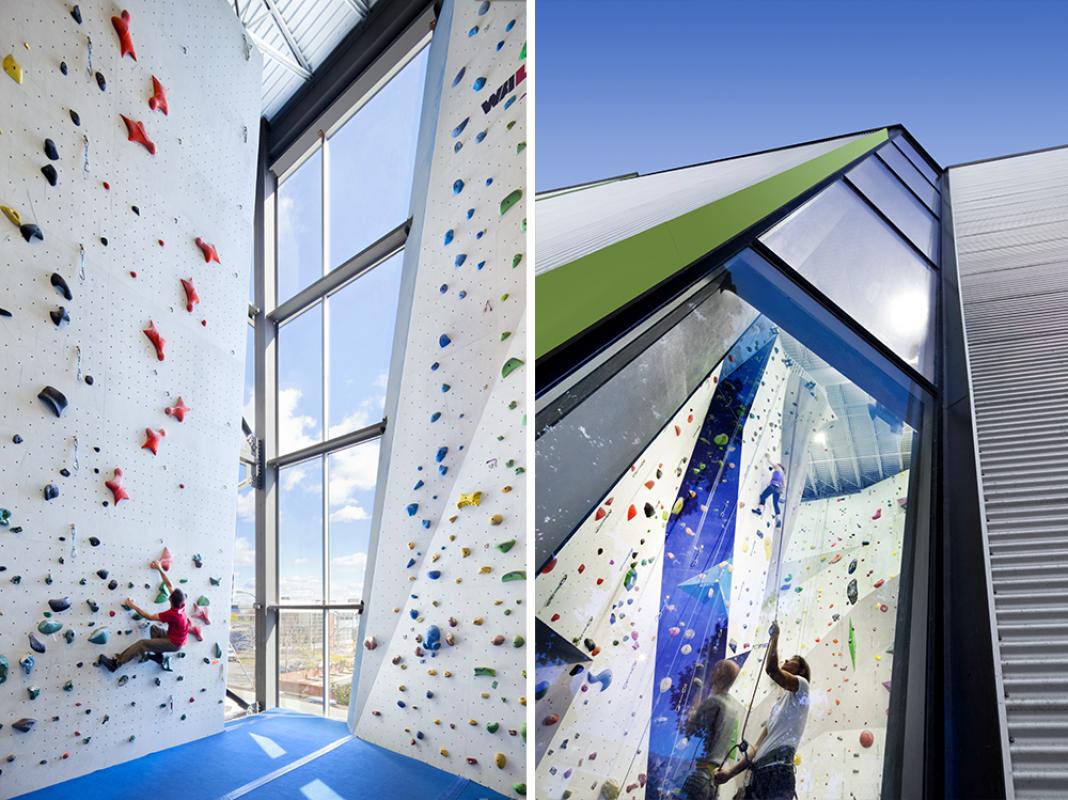 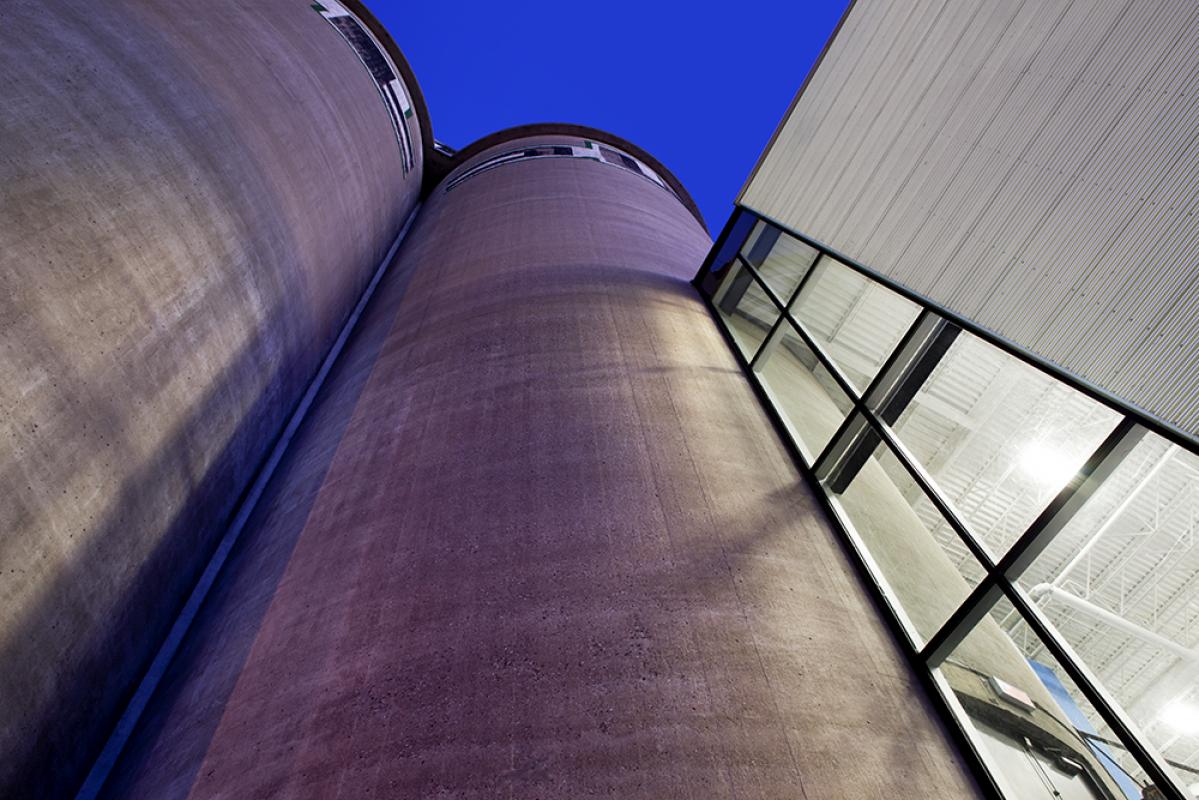 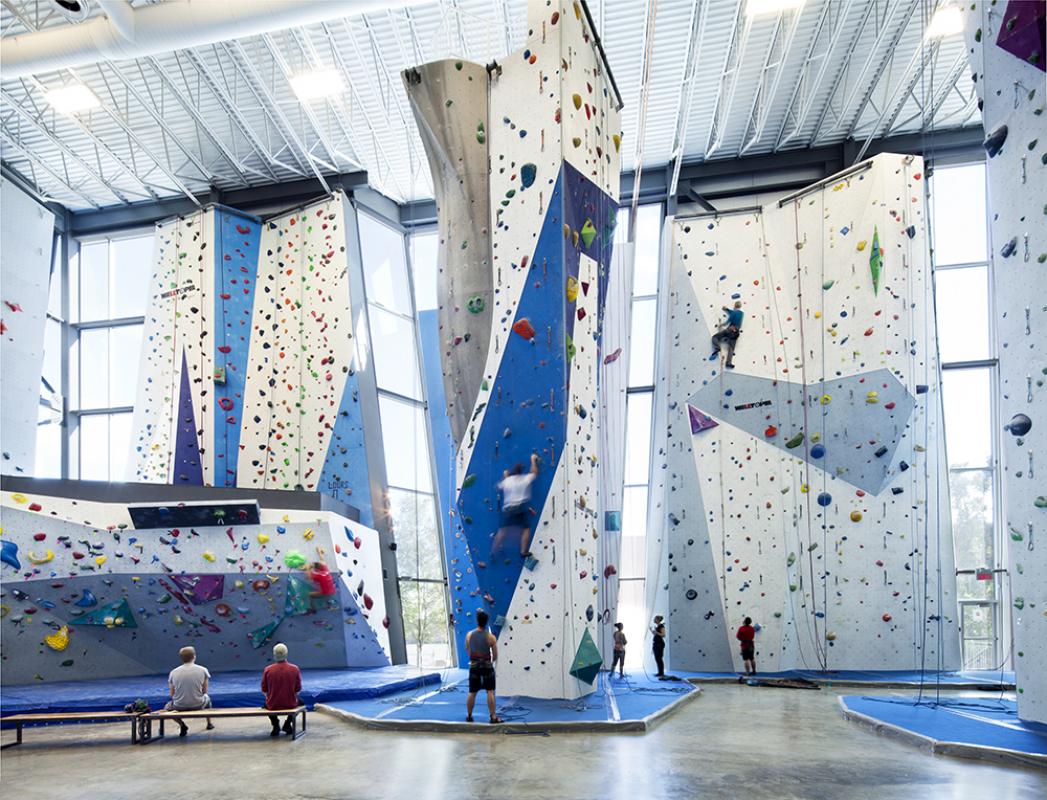 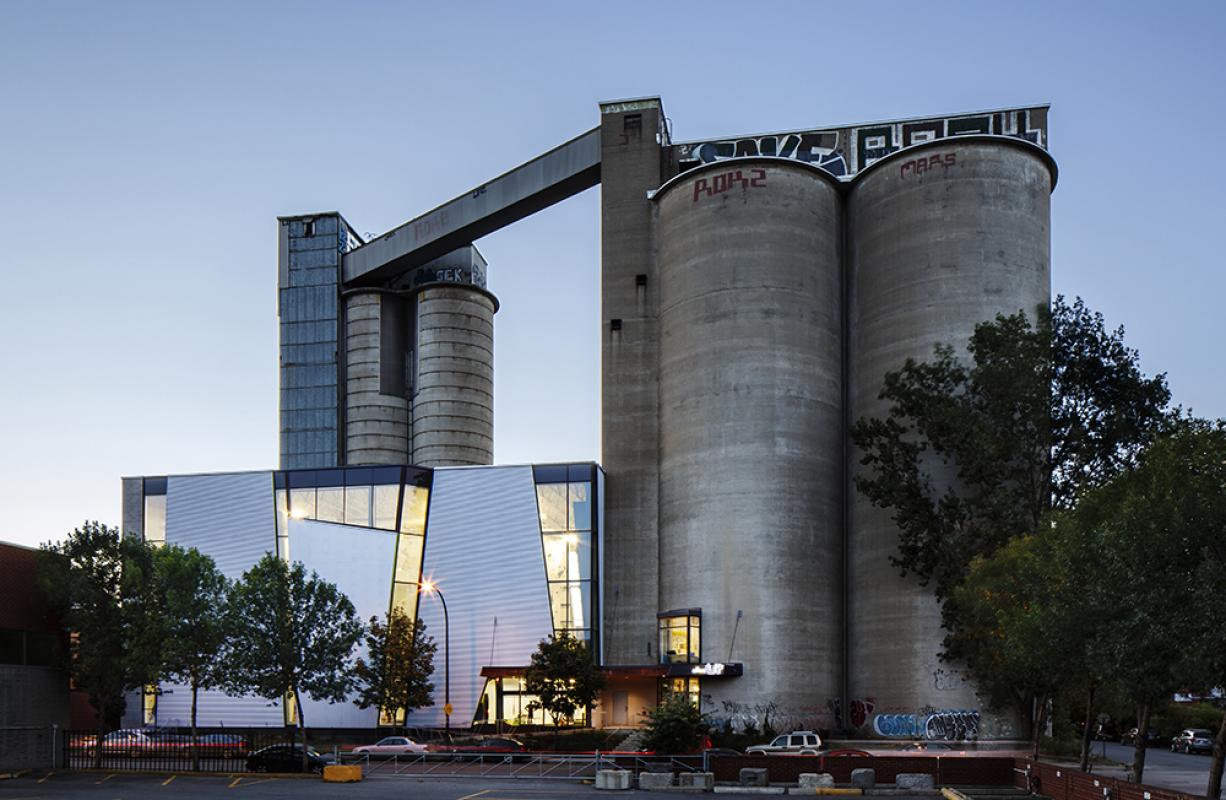 ALLEZ-UP rock climbing gym Located in Montreal’s Southwest Borough Lachine Canal, Allez Up rock-climbing gym’s is at the heart of an urban revitalization movement. The abandoned industrial sector left an unusual landscape of industrial structures. Among them, four silos erected in 1952 for the Redpath Sugar refinery. For nearly 40 years, the silos and surrounding site were entirely abandoned. The client envisioned the potential of this site for a rock-climbing gym, due to its location and the 45-metre-tall concrete silos. The abandoned silos were repurposed and transformed into a sports facility, resulting in the first adaptive reuse intervention of its kind in Canada. Moreover, Allez Up has significantly added a variety to the recreation and tourist attractions on the Canal. The silos are an integral part of the climbing experience, acting as a hub for the main access and circulation, and for setting climbing routes. Their industrial character was preserved and showcased to remind visitors of their previous use. The extension was shaped by the dynamics the interior climbing wall concept. Vertical plane composition structuring the climbing hall provides the maximum verticality height for climbers. These surfaces are covered with ever-ascending silhouettes reaching for the top. Inclined, vertical or overhanging, the angular white planes are reminiscent of crystallized sugar, alluding to their former past. The main facade reads as three solid masses sliced open by oblique slits. These glass fissures run full height, saturating the space with natural light. At nighttime, the openings frames and displays the activities happening within. The angularity of the façade provides an interesting dialogue with the silos and its new metallic exterior responds well to the industrial characteristics of the neighborhood. Sustainability is an important part of Allez Up’s design considerations and insured: soil decontamination; natural lighting; excellent air quality; reuse and maximum durability of materials and universally accessible.