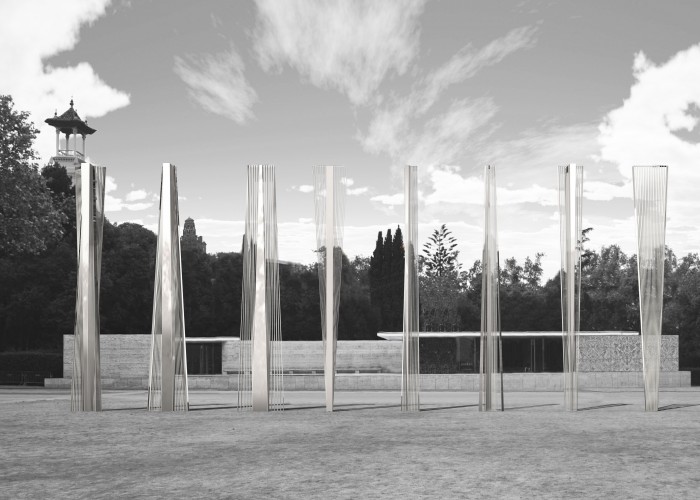 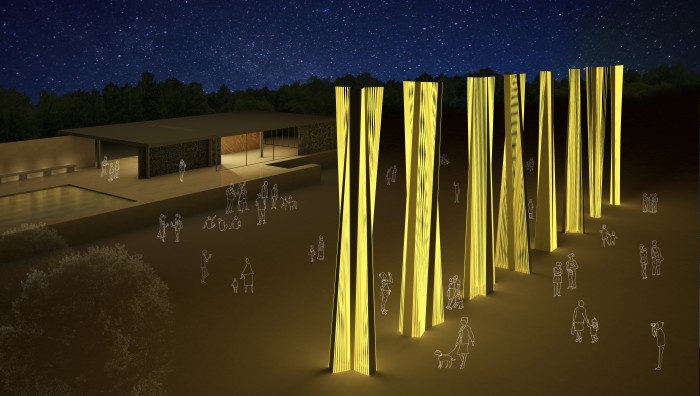 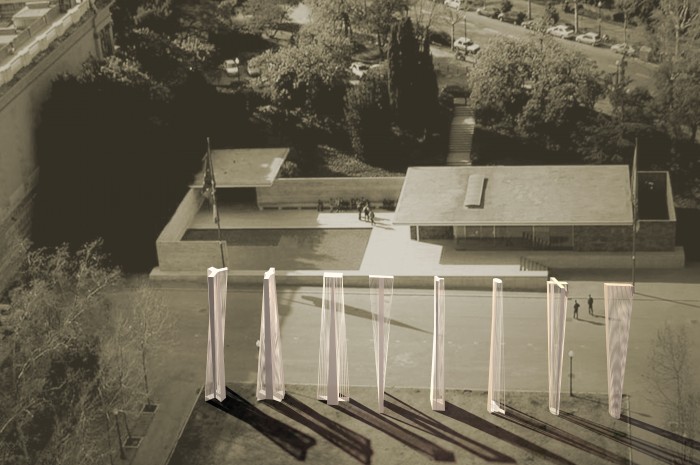 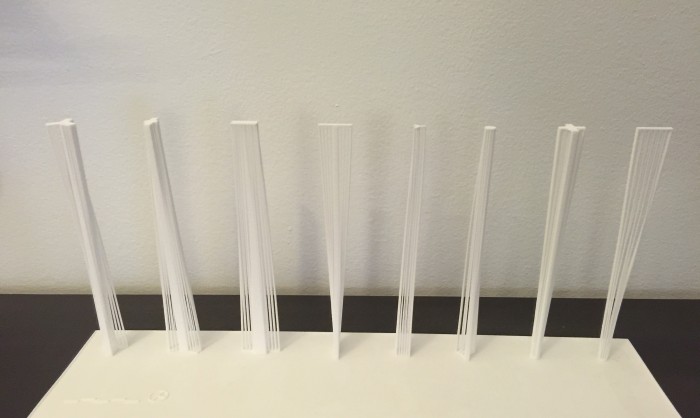 “Shades of Grey” Project is proposed for “Fear of Columns” competition held by Mies van der Rohe foundation in Barcelona, Spain. The foundation had the plan to revisit the eight columns that were present at the time of building pavilion in 1929. Mies van der Rohe has designed the project at the presence of eight classic ionic columns spaced equally in front of pavilion with two pedestals at either ends. After reconstruction of pavilion in 1986 there was an absence of classic pillars until in 2016 foundation decided to ask for installation of temporarily columns in a modern language in an internationally open design competition. The brief has asked a determined budget of about $1500 for each column. Designers of this proposal have approached morphologically in a transforming platform where the design elements were being transformed from base to the top of columns in eight separate meaningful ways iterated from the changes that Mies van der Rohe considered in his pavilion design shifting from classic architecture to modern architecture in 1929. The jury of the FEAR OF COLUMNS competition at their meeting held on MARCH 9 2016 on the premises of the FUNDACIÓ MIES VAN DER ROHE in BARCELONA having analyzed the 181 entries, shortlisted twenty-six of the projects and having discussed these projects, unanimously reached to award second prize to “SHADES OF GREY” project by AMIR SHOURI and FERESHTEH TABE (NEW YORK, USA). The jury particularly valued the project By virtue of its delicate variety of vertical proposals and the subtle declination of the final result.