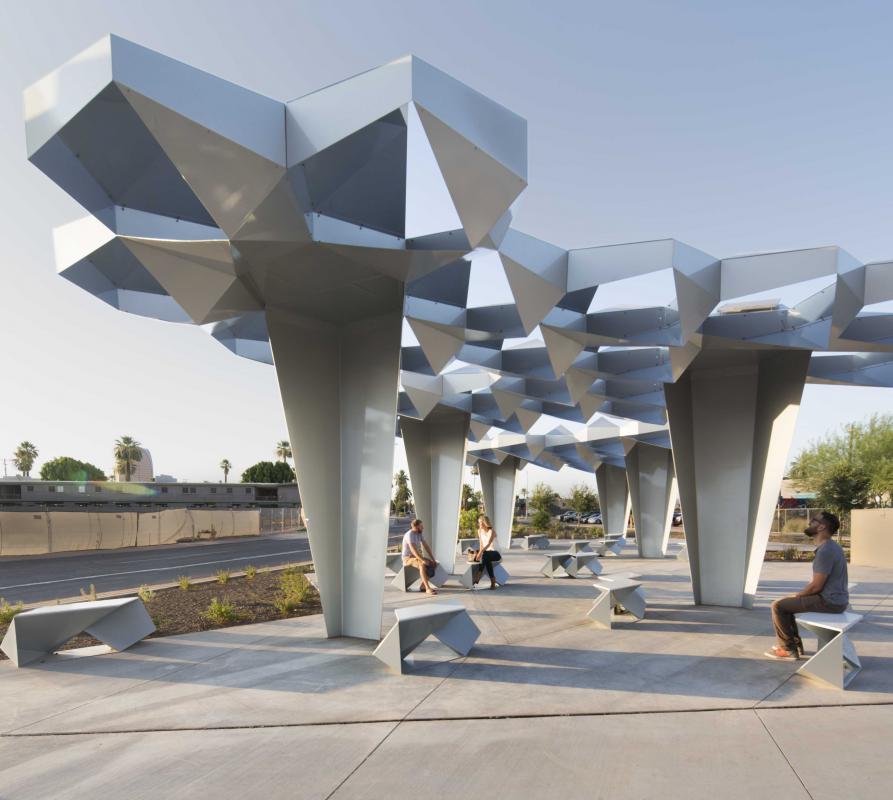 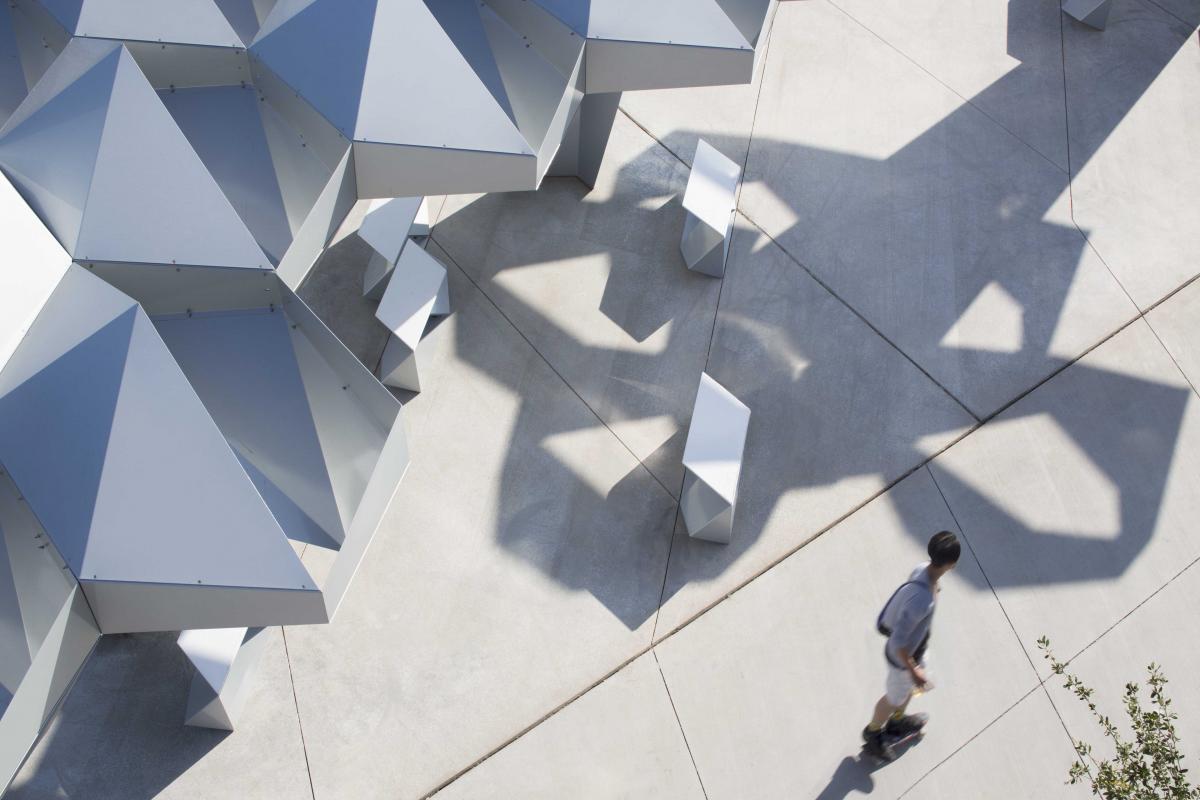 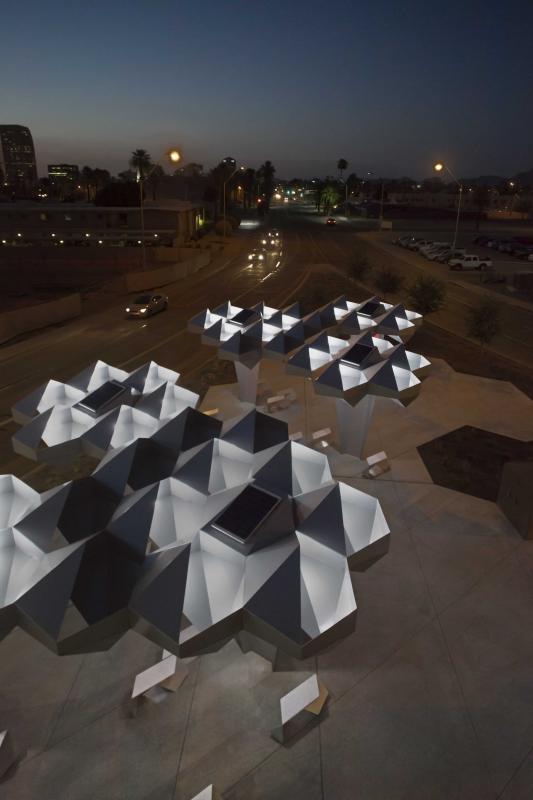 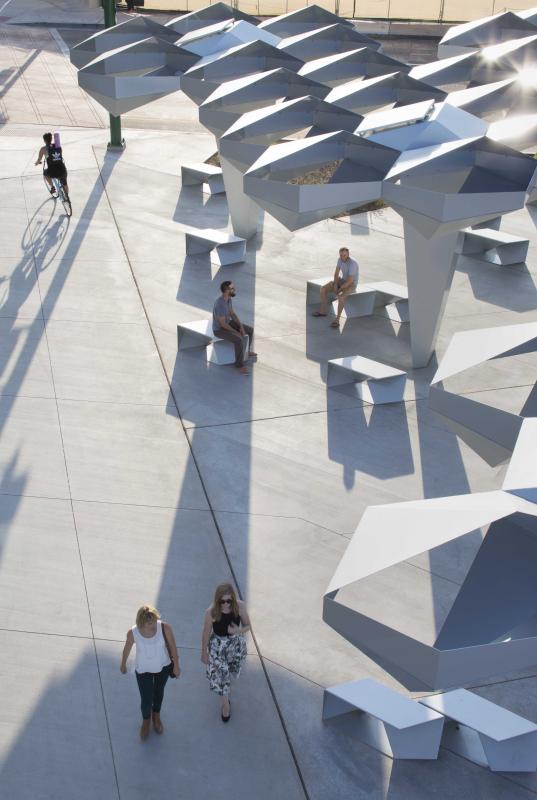 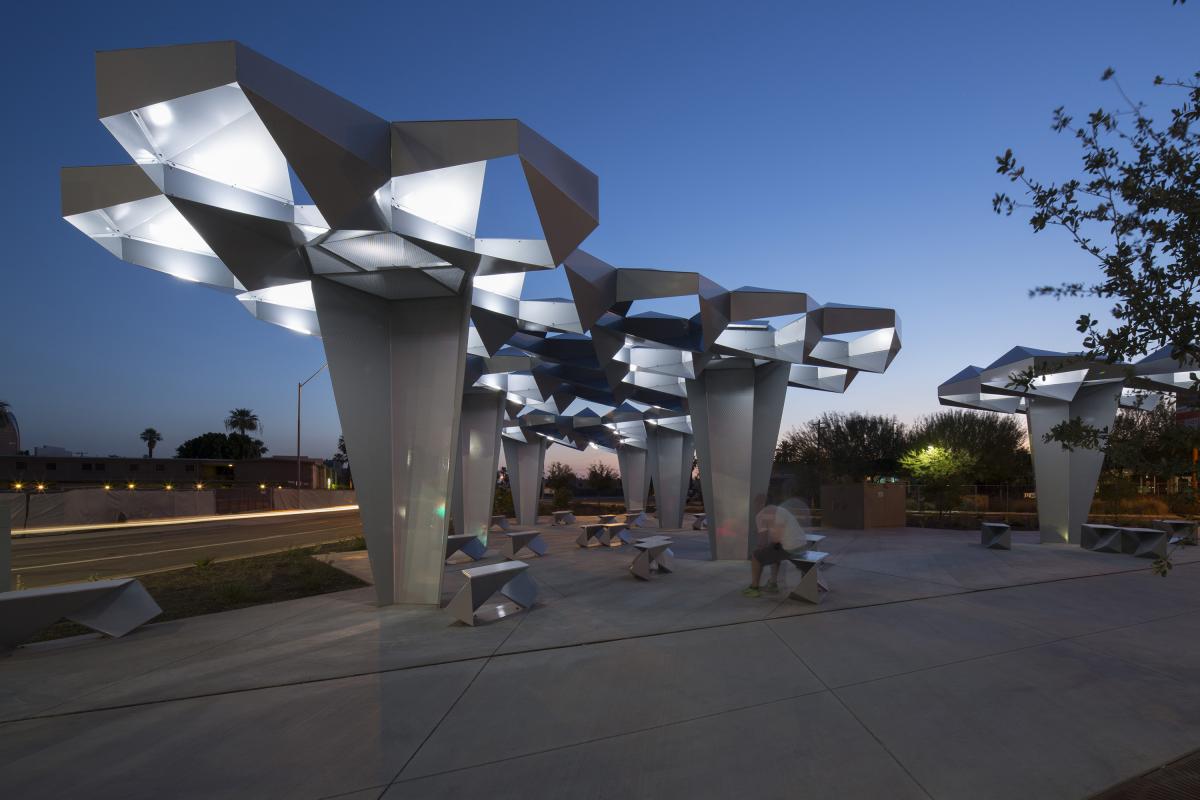 By transforming a traffic median into a public space, Shadow Play fosters pedestrian life and improves the downtown Phoenix street-scape at Roosevelt Row. Clusters of shade structures create respite from the desert sun by offering a public parasol at an urban scale. Shadow Play’s hovering canopy is formed from an aggregation of identical geometric modules. Each module is fabricated from a steel plate to create a thin but structurally rigid cell. The aggregation of individual cells form clusters that span between vertical supports to create an angular canopy of open cells. The folded steel cells filter the intense sunlight, casting shadows on the ground and creating local micro-climate in the shade. The geometry of the canopy maximizes the production of shade and shadow while allowing for breezes and air movement. Photovoltaic panels are mounted to the top surface of the canopy to take advantage of the intense and direct dun-lit environment. Solar studies determined the optimal orientation the steel cells. Solar power generated by the photovoltaic panels is stored in batteries, allowing the canopy to be illuminated from within in the evening time. As a an urban platform to reclaim under-used public space, Shadow Play foregrounds its environment to create a site specific collective place within downtown Phoenix.