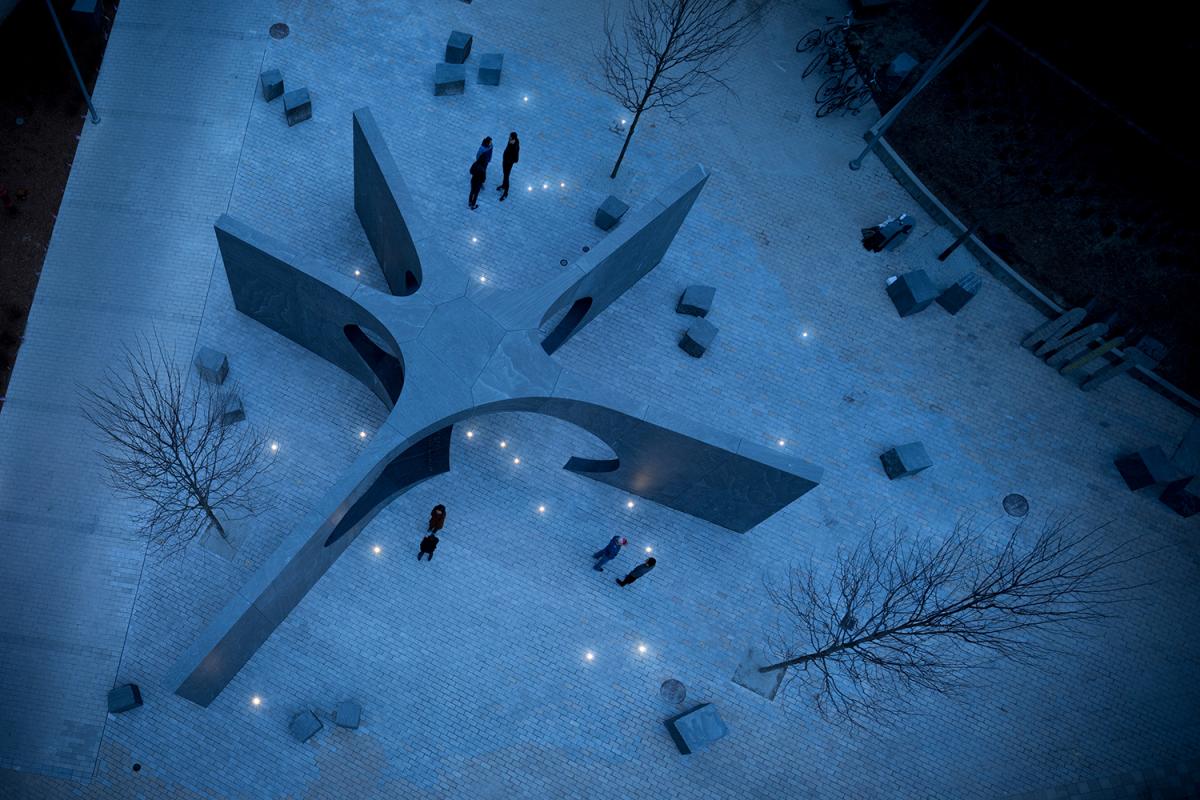 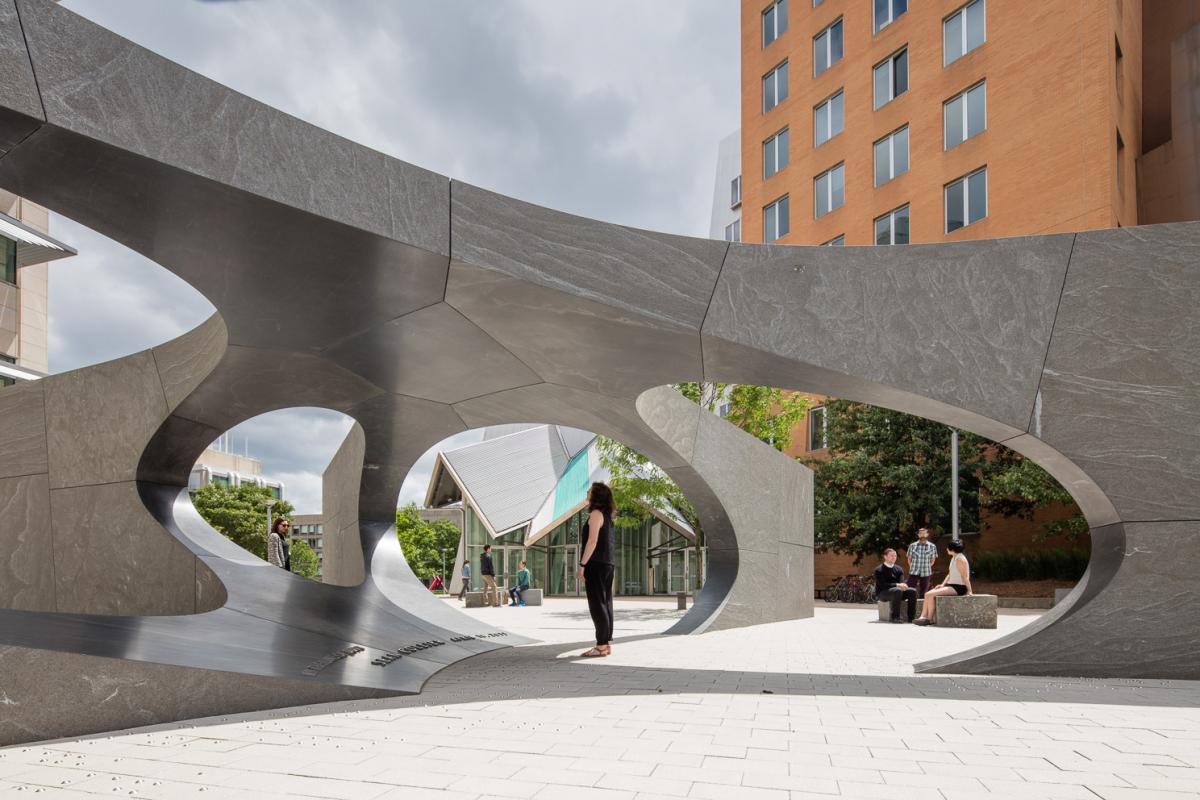 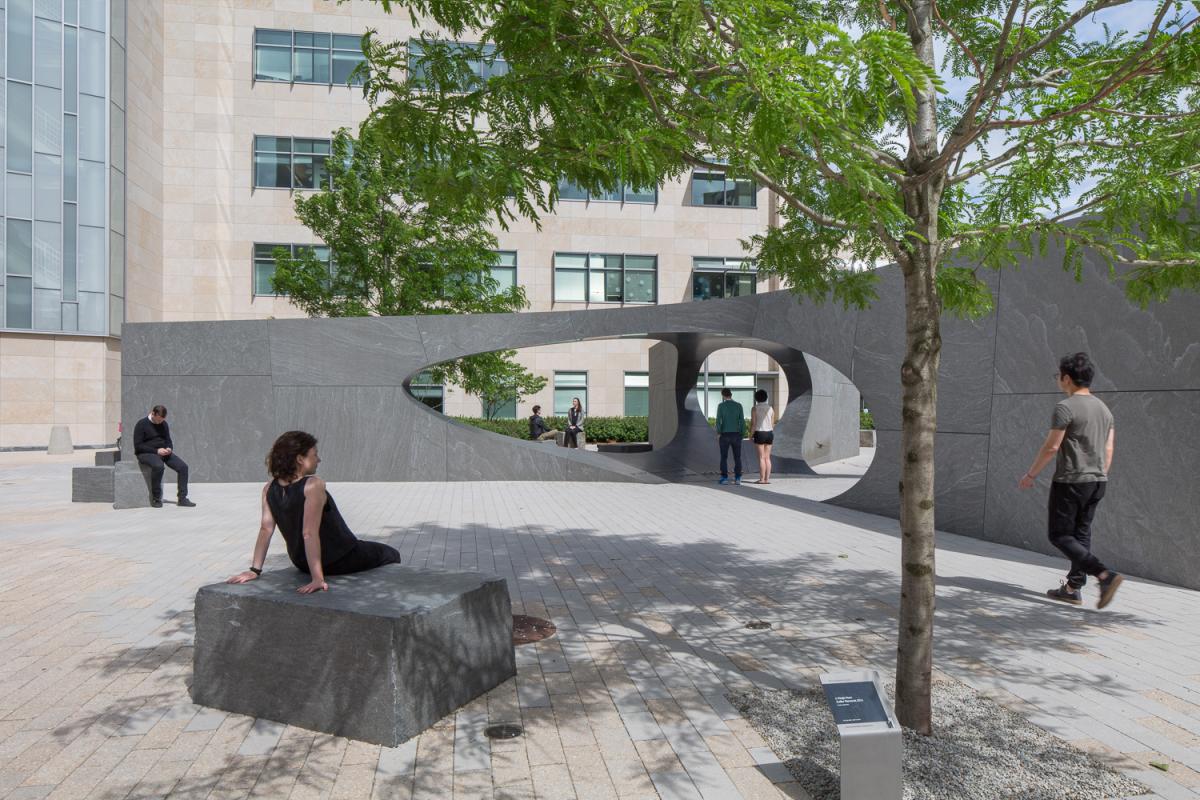 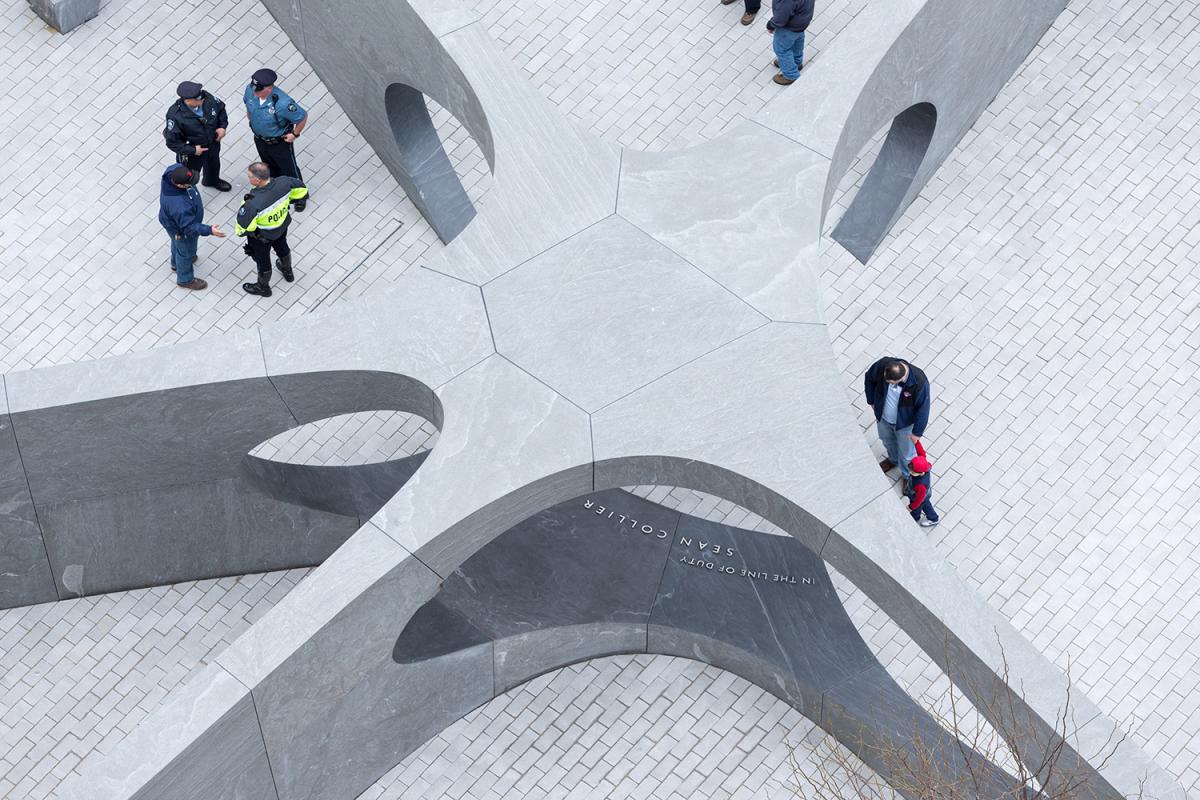 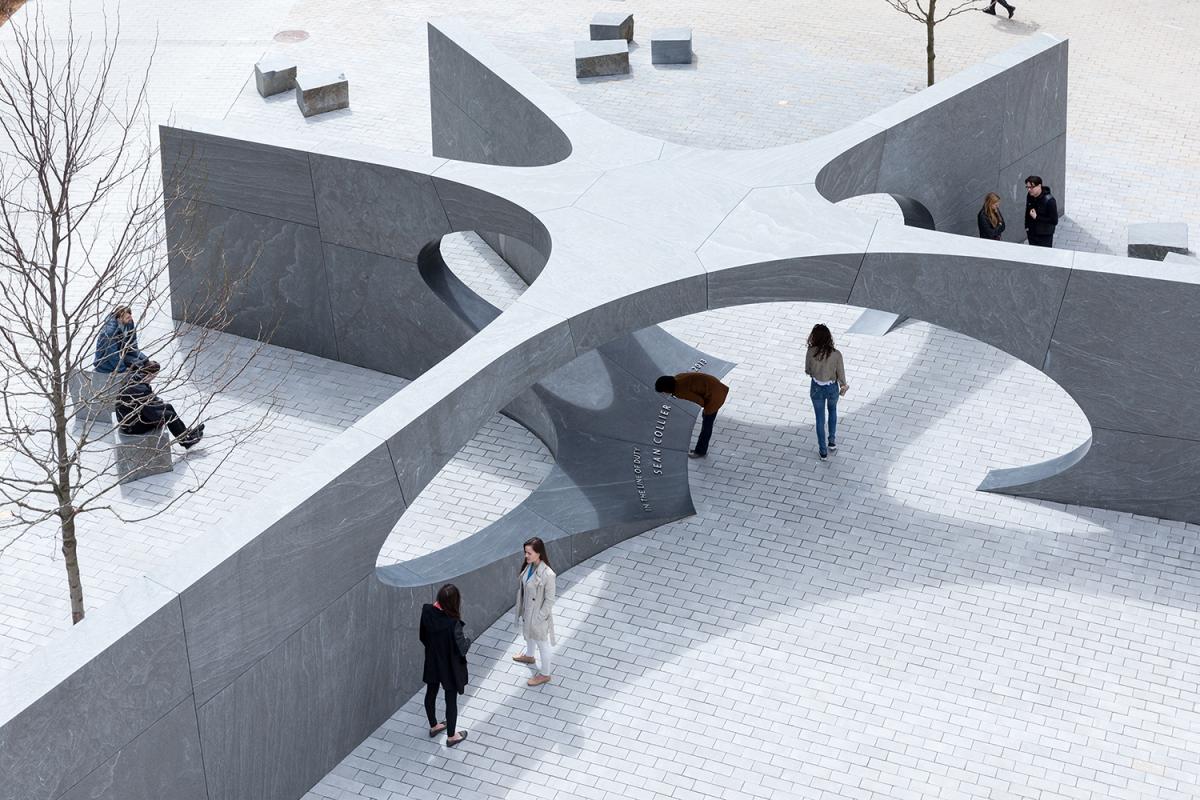 Situated on MIT’s campus in honor of Officer Sean Collier who was shot and killed on April 18th 2013, the Collier Memorial marks the site of tragedy with a timeless structure— translating the phrase "Collier Strong" into a space of remembrance through a form that embodies the concept of strength through unity. The memorial is composed of thirty-two solid blocks of granite that form a five- pointed stone vault suspended in pure compression. Each block supports the other to create a central, covered space for reflection. Inspired by the gesture of an open hand, the memorial’s shallow stone vault is buttressed by five radial walls. The ovoid space at the center of the radial walls creates a passage, a marker, and an aperture that re-frames the site. The longest walls of the memorial shelter the site from Vassar Street and simultaneously create an entry into the memorial. Clusters of honey locust trees create a living canopy above the solid stone structure to mark the passage of time. In contrast, point lights set into the pavers permanently inscribe the constellation of stars in the sky the night of April 18th, 2013. The vaulted design of the Sean Collier Memorial embodies structural principles in its material configuration, combining age-old structural techniques with new digital fabrication to create an unprecedented form. This didactic visualization of forces is consistent with MIT's ethos of openness and transparency, while the idea that all five walls are needed to achieve a stable form is symbolic of a community coalescing to commemorate a loss. The permanent memorial offers the opportunity to remember Officer Sean Collier and honor his life and service, and represent shared values: openness in the face of threat, unity through diversity, and strength through community.