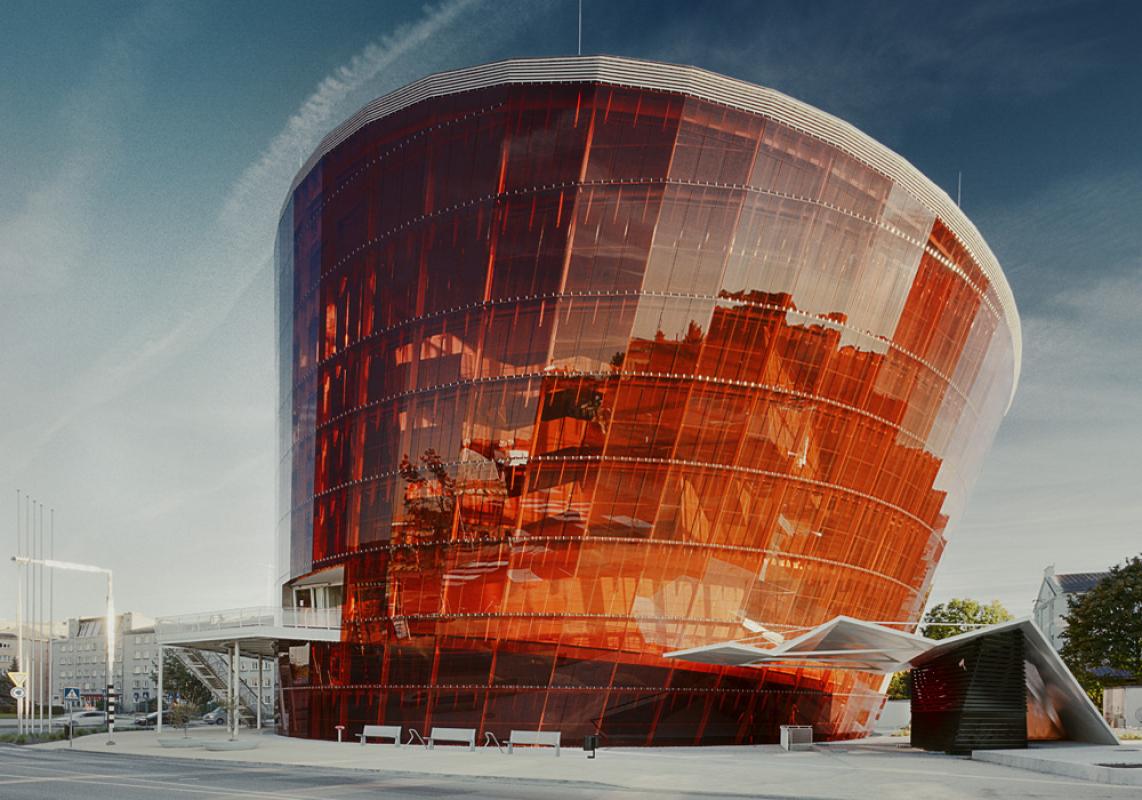 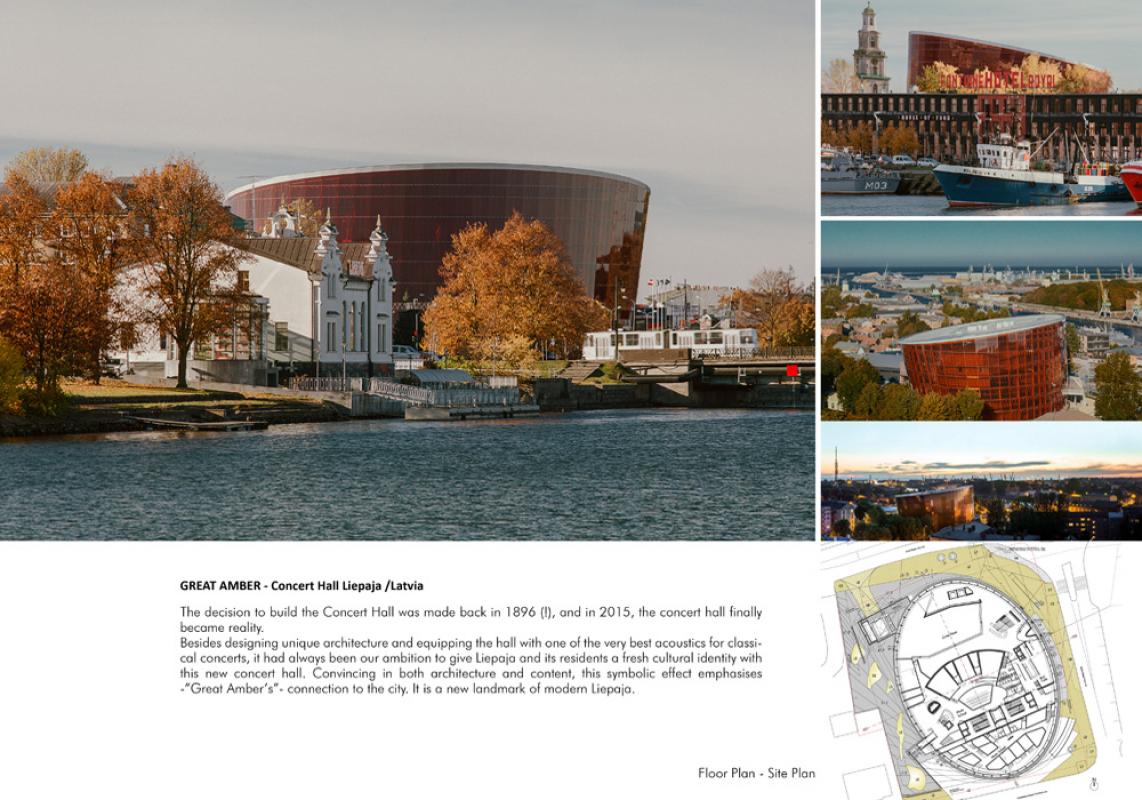 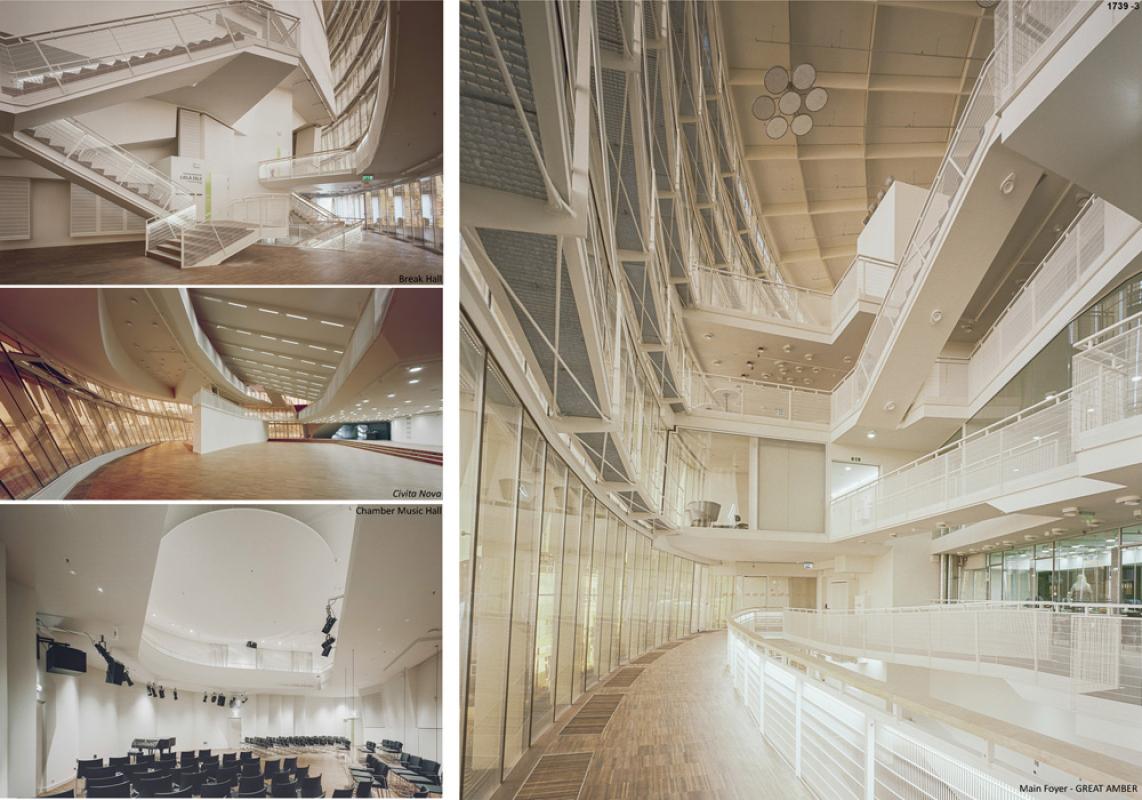 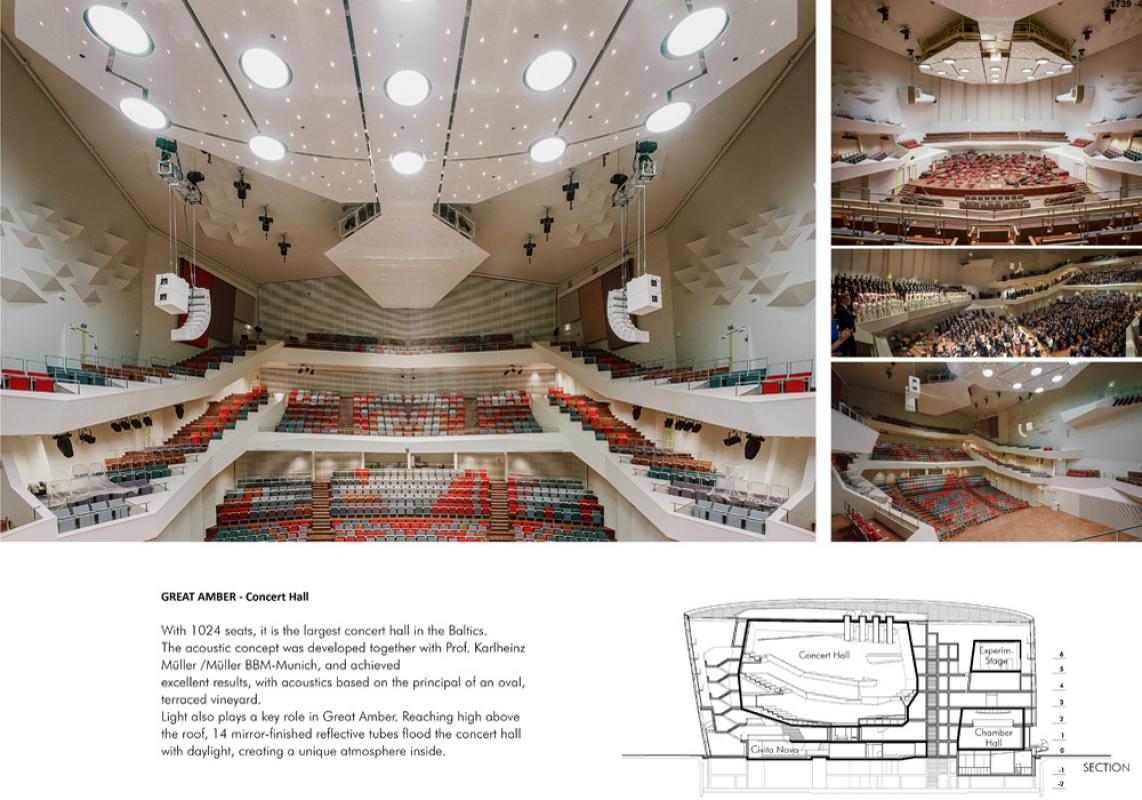 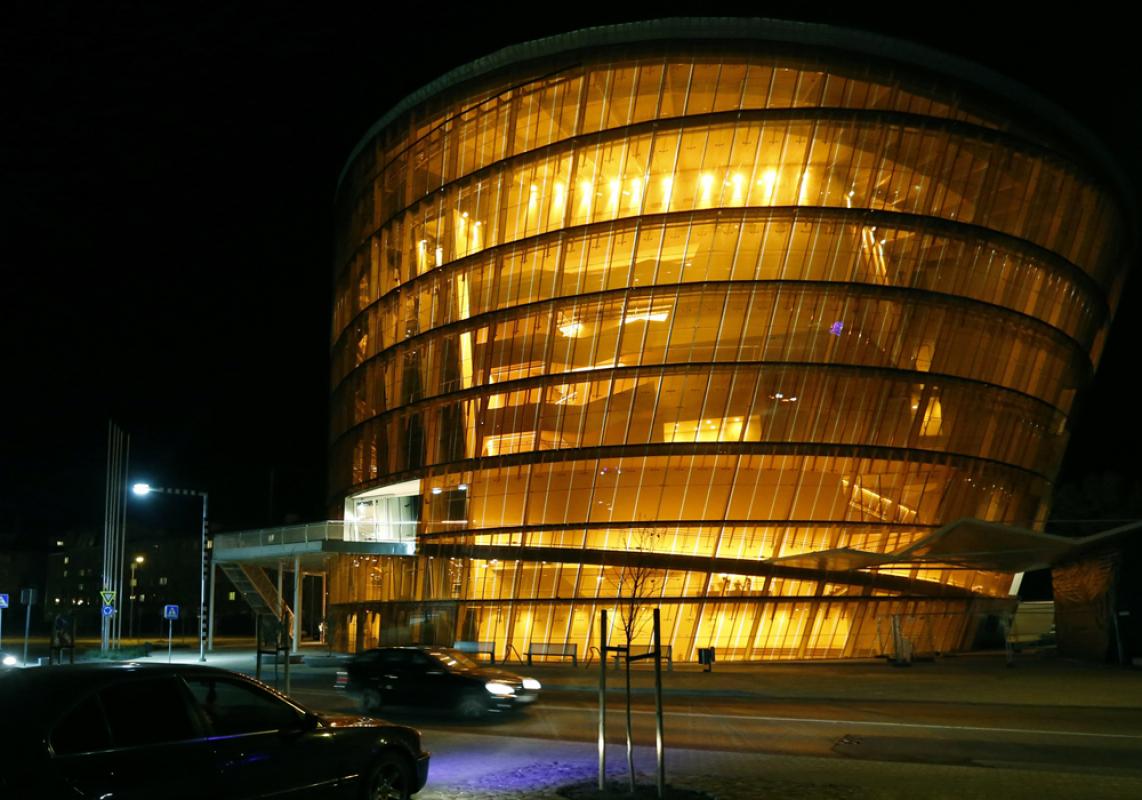 GREAT AMBER is the name of the city’s new Concert Hall. With 1024 seats, it is the largest concert hall in the Baltics. The decision to build it was made back in 1896 (!), in 2015, the concert hall finally became reality. Volker Giencke & Company Architects - Austria, won the international competition towards the end of 2003. “Great Amber” is a monolithic, cone-shaped, slightly contorted structure with a transparent, amber-coloured facade. This facade envelops the irregular folded framework of the concrete structure. Amber is intriguingly transparent, especially when it encapsulates an insect – as if it were protecting and caring for a living thing. By comparison, the double-skin façade of the concert hall forms an envelope that provides a microclimate in which the different functions (mixed use) are included as spatial implants: the grand concert hall, the chamber music hall, the experimental stage, music club, and music school, etc. as well as the “Civita Nova” as a performance venue and stage for the people of Liepaja. The acoustic concept Volker Giencke developed together with Prof. Karlheinz Müller /Müller BBM-Munich, and achieved excellent results. The concert hall can also be adapted for congresses, exhibitions and receptions by elevating the orchestra pit and stalls. Only in 2013 was the start of construction. Both the height of the construction costs and the construction period of 2 years have not been exceeded. Besides designing unique architecture and equipping the hall with one of the very best acoustics for classical concerts, it had always been our ambition to give Liepaja and its residents a fresh cultural identity with this new concert hall. Convincing in both architecture and content, this symbolic effect emphasises ”Great Amber’s” connection to the city. It is a new landmark of modern Liepaja.