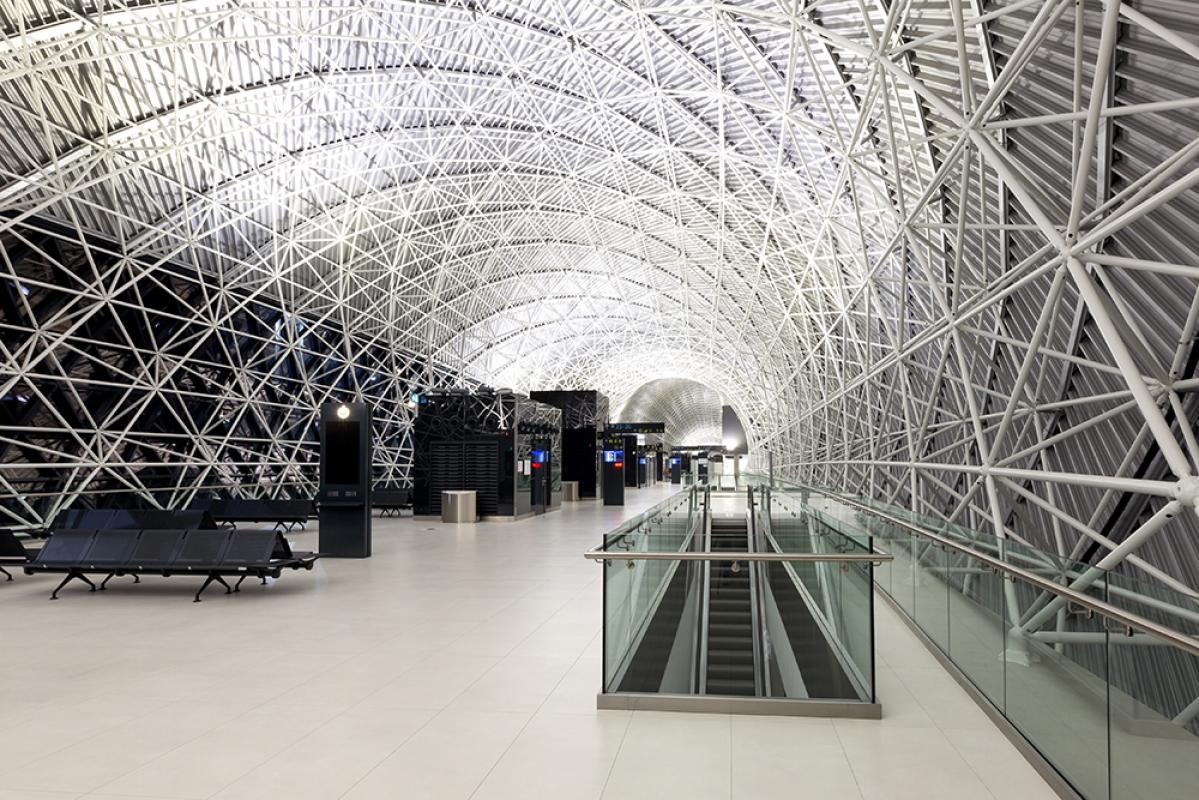 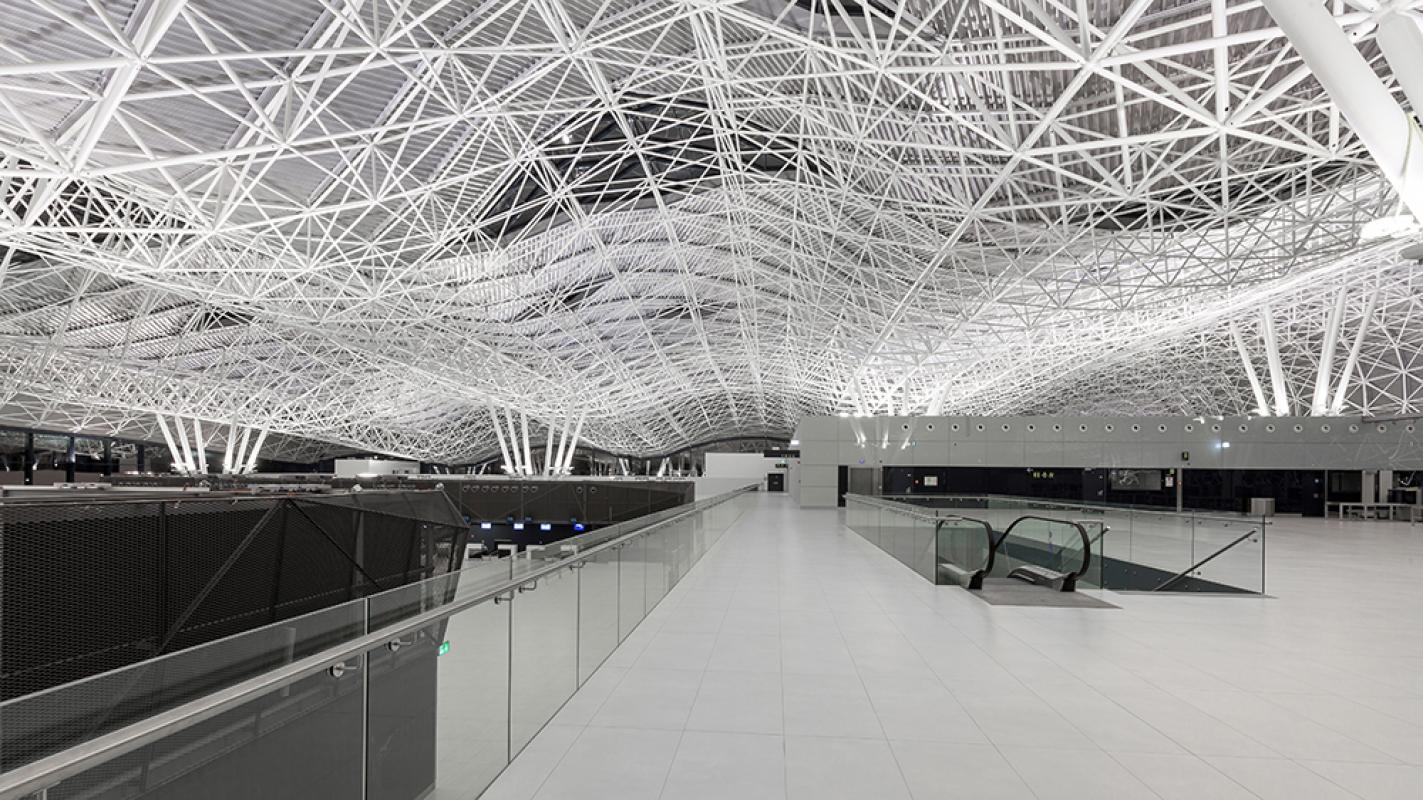 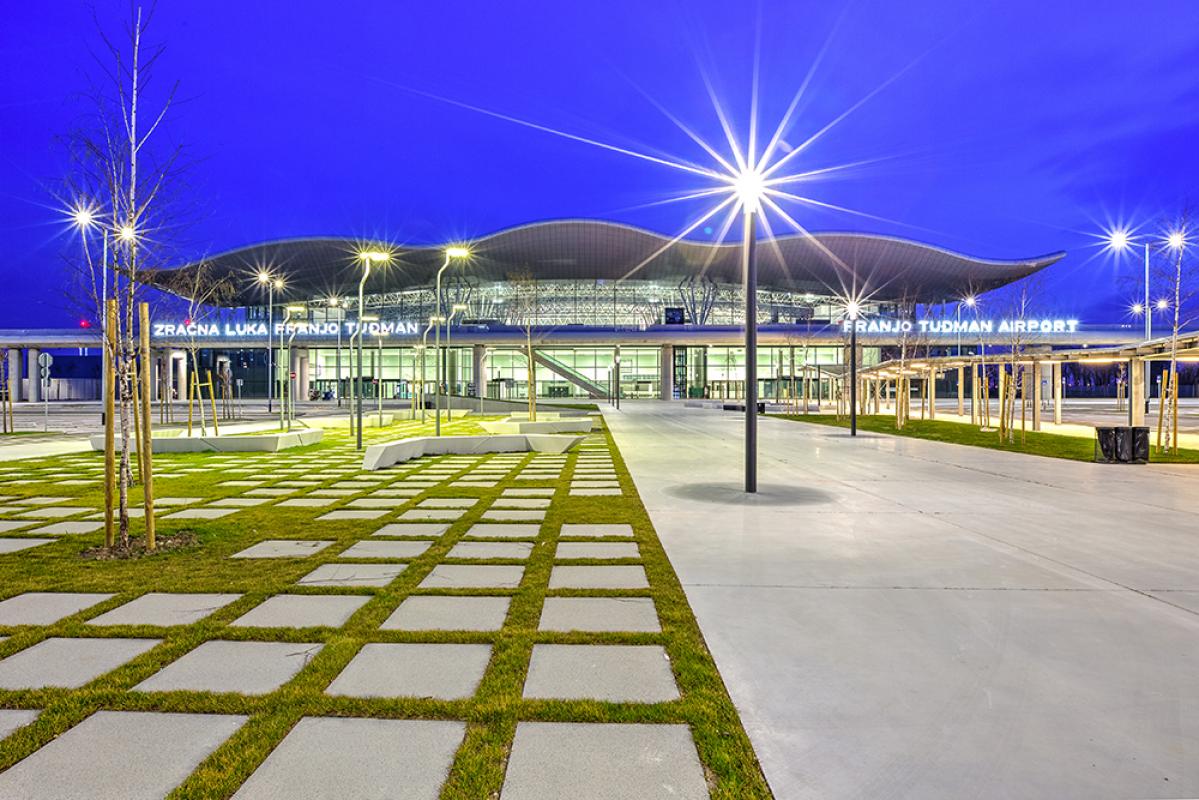 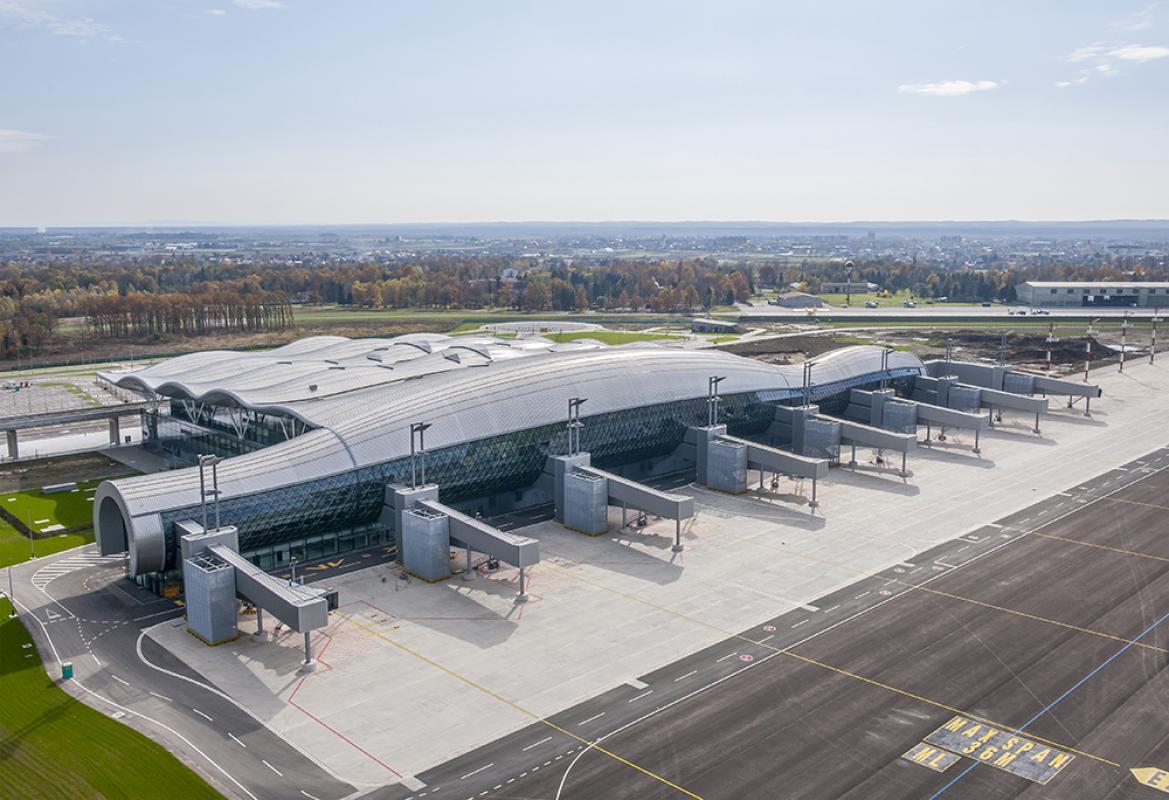 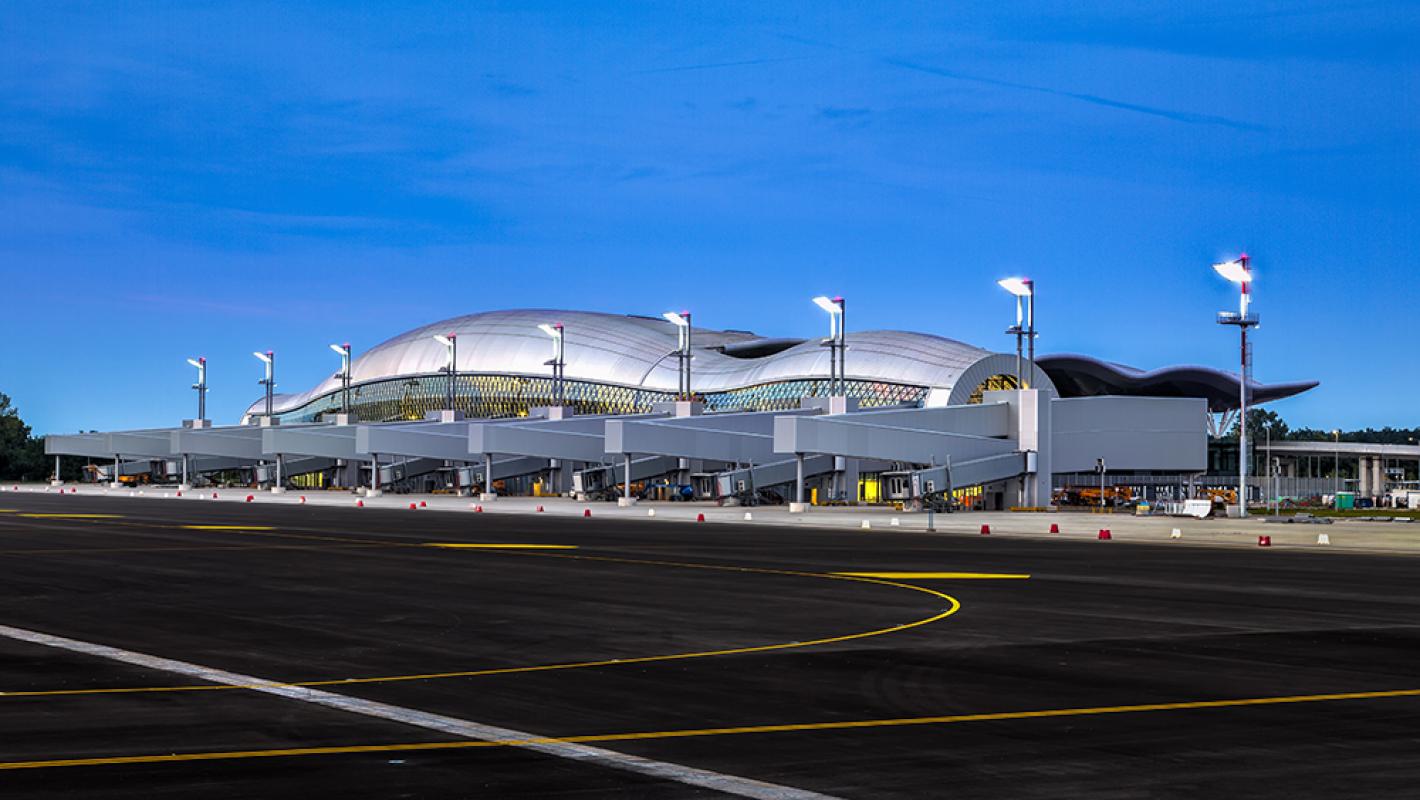 In 2008, international competition jury awarded first prize and commission to the entry designed by Croatian authors- architects Branko Kincl, Velimir Neidhardt and Jure Radić. The French concessionaire started building in 2013 executing the design delivered by authors- architects and design companies Kincl d.o.o., Neidhardt arhitekti d.o.o. IGH projektiranje d.o.o. The new terminal complex opened in March 2017 as the 1st phase construction of 65.000 m2 serves up to 5 million passengers a year. At the end of 30 year concession 2nd phase additions will serve 8 million. A dynamic roof envelope, which unwraps itself to levitate above the terminal hall generates the free dynamics of the structural net- an iconic expression of the landscape and its relief features as original attributions to the generated architectural form. The envelope structure is a spatial truss curved in two directions deploying tens of thousands prefabricated steel tubes and nodes based on a triangular off-grid module borne by closed-umbrella-like pillars. Flexibility of conceptual scheme allows for adaptability with open spaces formed by a modular column grid at the concrete base. The pier design allows for flexibility that is necessary to sustain the expected increase of air traffic in the future.