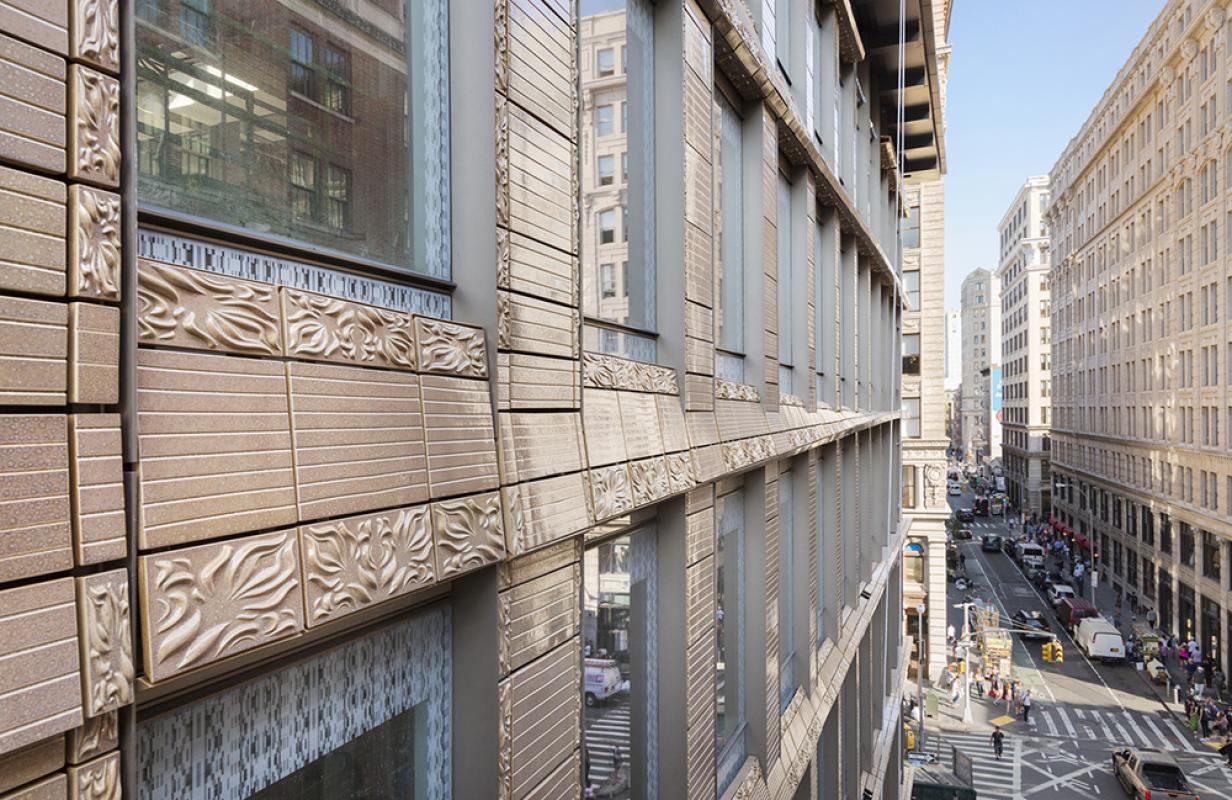 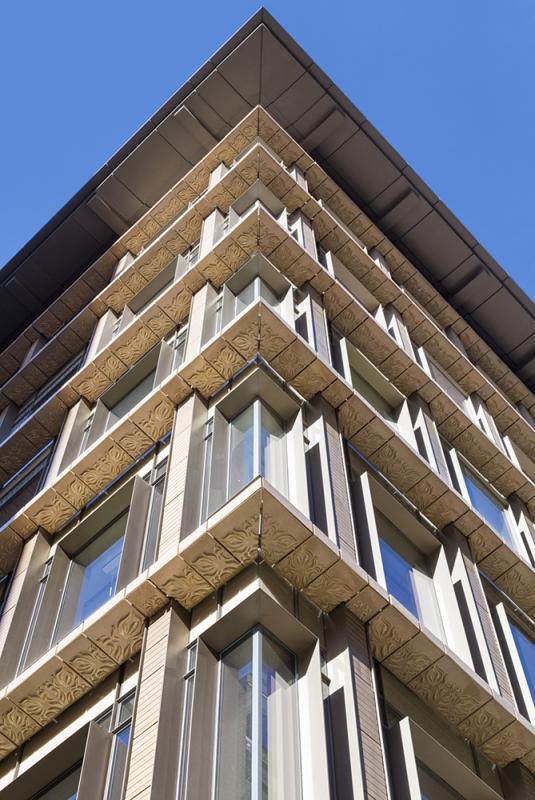 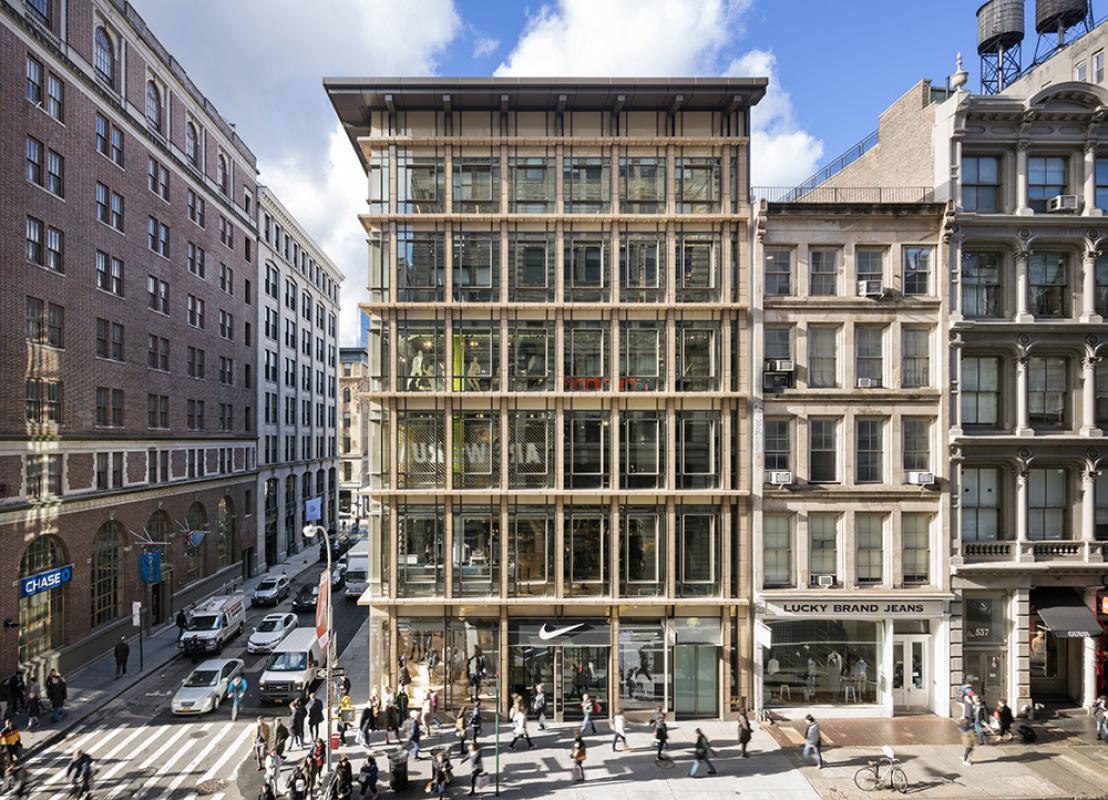 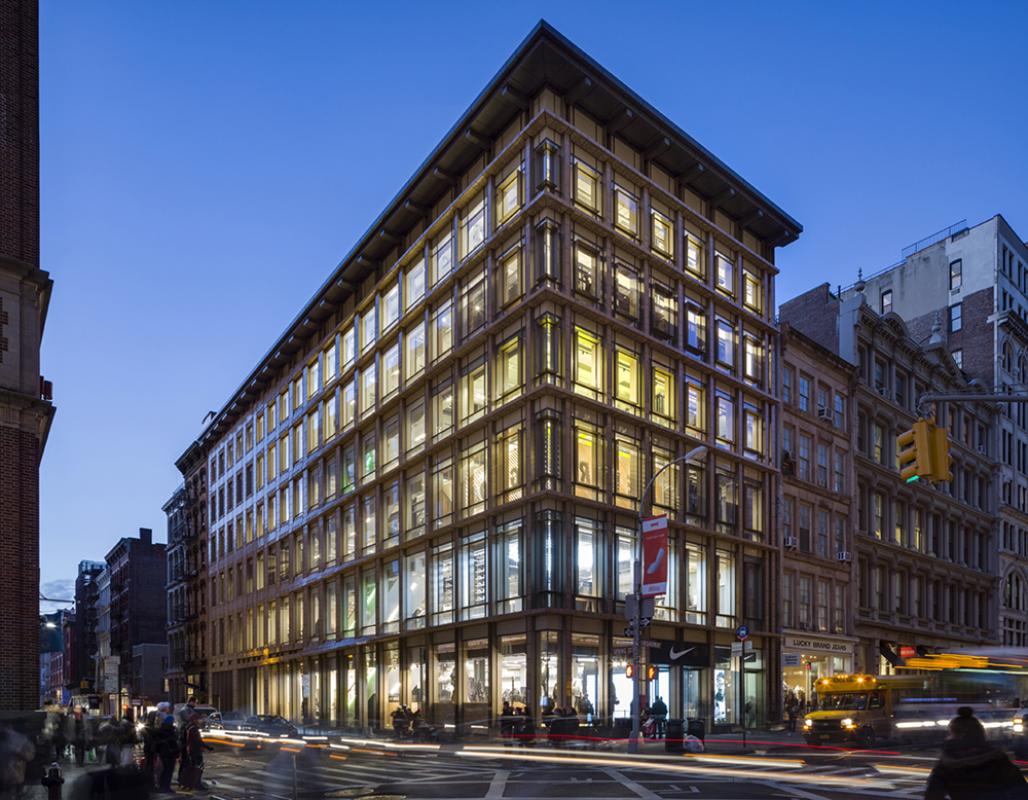 A TRANSFORMATIVE FACADE THAT BRIDGES PAST & PRESENT 529 Broadway is a new 6-story commercial building at the corner of Spring Street and Broadway, in NYC’s SoHo Cast Iron Historic District. The building recalls an earlier predecessor on the site, the Prescott House, a large 19th-century hotel that was mostly reduced to a two-story taxpayer in 1935. Inspired by comparing the original hotel to its neighbor at 101 Spring Street, the innovative façade design illustrates the evolution of cast iron’s role from decorative to structural in the mid-19th century due to advancements in building technology. Composed of an open-joint terra cotta rain screen that conceals a glass curtain wall, the façade transforms across the site, from a seemingly punched opening masonry building (evoking the hotel) into a glass curtain wall building reflecting the openness ratio of later cast iron buildings in the district. The terra cotta elements on the Spring Street elevation twist and dematerialize, becoming ornamental accents for a modern glass curtain wall with cast iron loft proportions on Broadway. By embracing this historic building material in conjunction with contemporary modeling and fabrication processes, the designers crafted a bold and modern design that also celebrates its historic context.