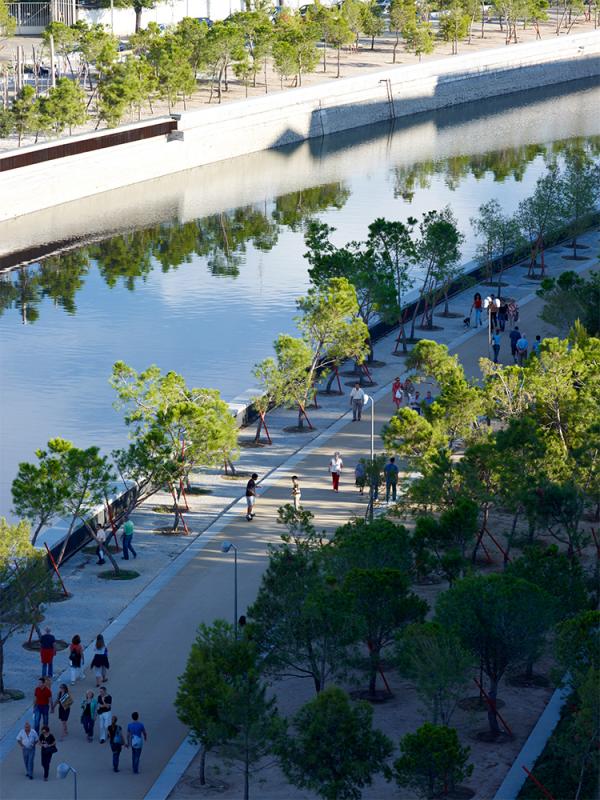 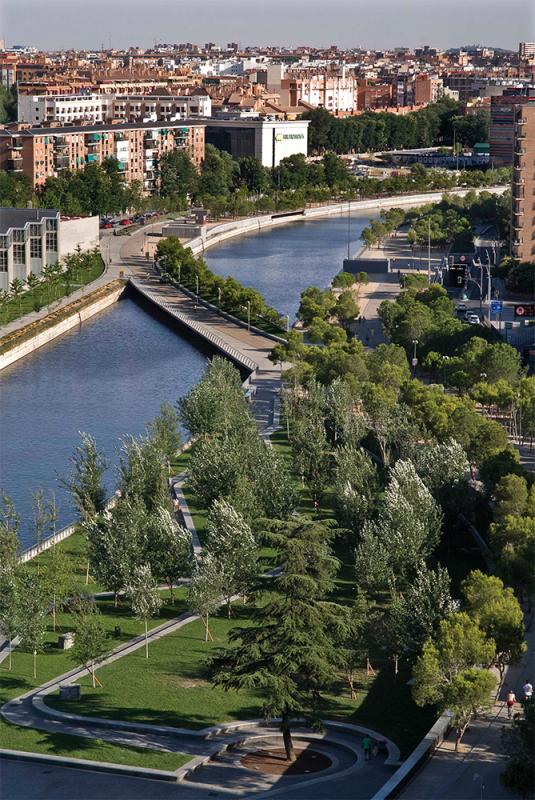 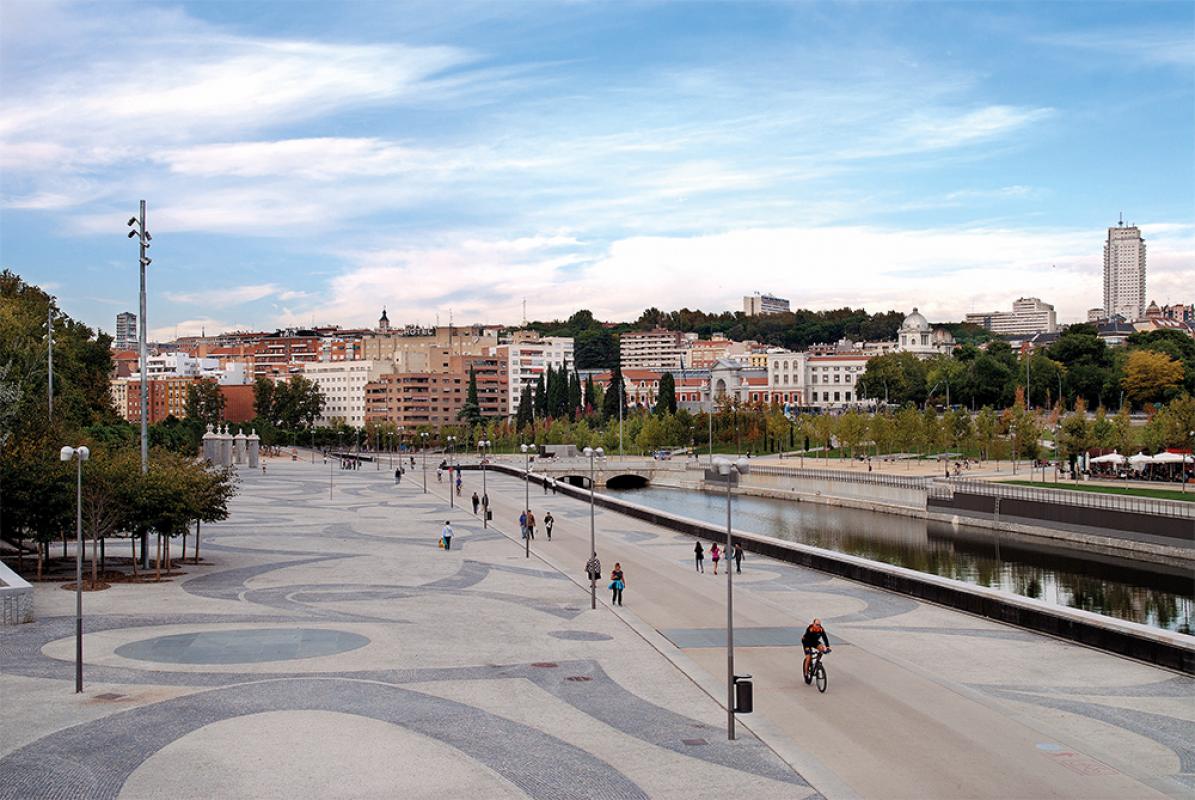 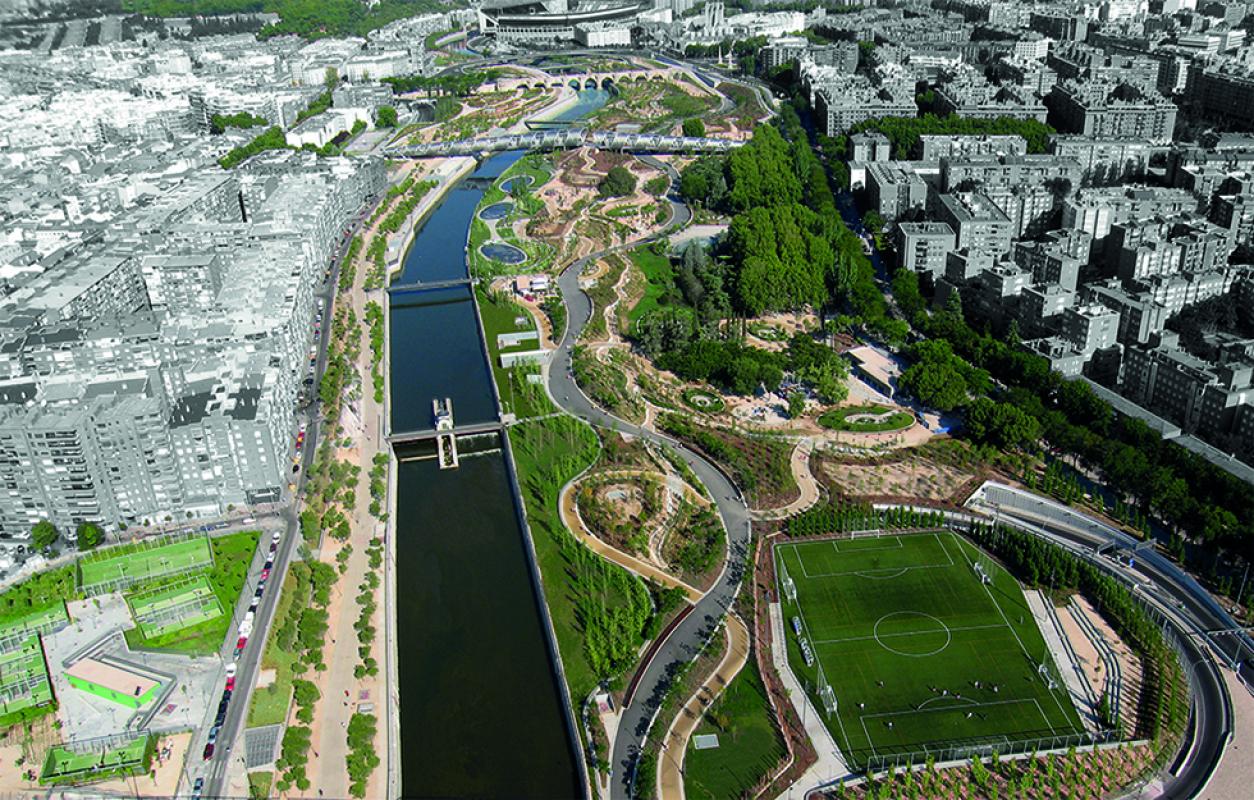 In 2003, the Madrid City Council decided to bury a 6 mile stretch of Madrid’s first Ring Road (the M30) which runs around the city, passing by both banks of the river Manzanares. Our team regarded the project as a great geographical intervention, much bigger in scale than just the area left vacant after the burying of the motorway. It was essential to envision, understand, draw, and walk the river as a whole, from its source at the Sierras in the North of Madrid, to the plateaus and meadows in the South and somehow incorporate this experience and geographical reality into the project. The Madrid Rio project consists of the reorganization and the urban design of 6 miles of public space along the banks of the river, creating a park with a surface of approximately 360 acres, which includes: - 12 new pedestrian-bridges - 6 hectares of public and sports facilities - An urban beach - Playgrounds - The restoration of the river’s hydraulic architectural heritage. The project heals the wounds caused over 40 years by the motorway situated within the urban and social fabric. It has become a completely open public space that connects the city with its geography. PROJECT CREDITS: Architects: Burgos & Garrido, Porras La Casta, Rubio & Álvarez-Sala, West 8. Team Director: Ginés Garrido. Arganzuela Bridge: Dominique Perrault.