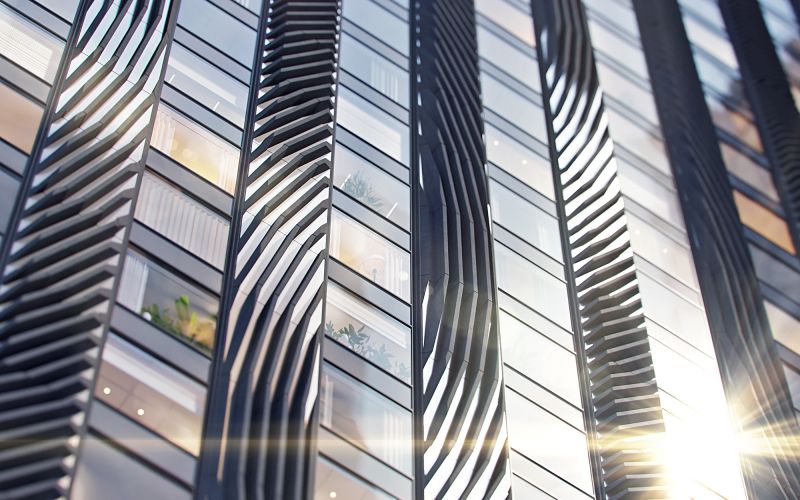 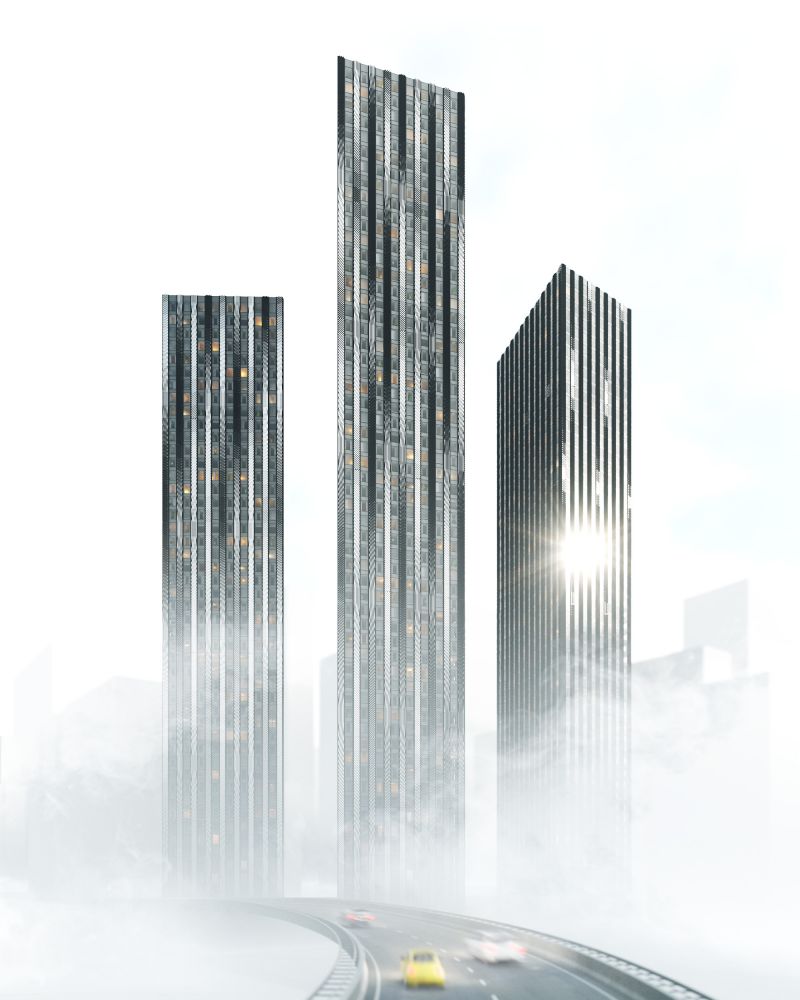 Dynamic façades for the skyscrapers that change their appearance depending on the speed and angle of view were developed at the studio. Moreover, an innovative finishing principle that makes static façades visually interactive was created. We call visually interactive façades that look different depending on the behavior of the viewer: the façades appear as a static pattern of panels if you are standing still in front of a skyscraper, but driving by in a car will make them come to life.