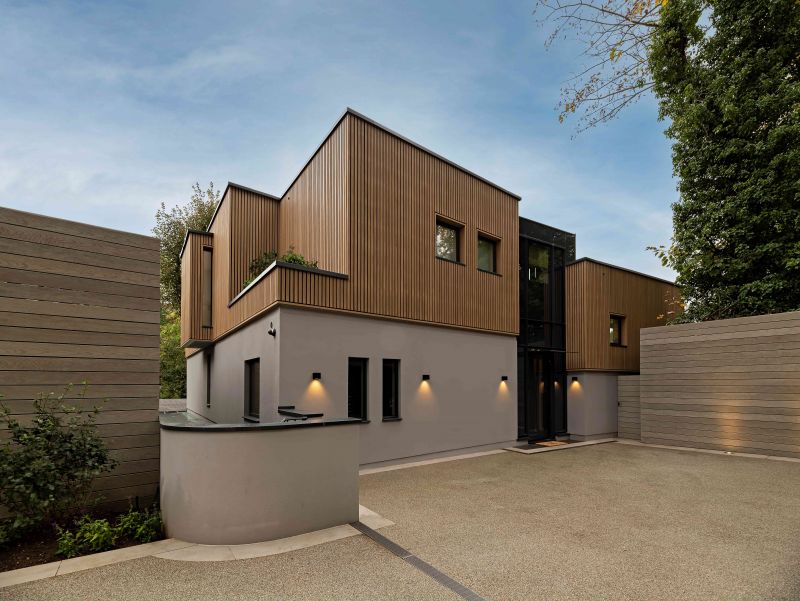 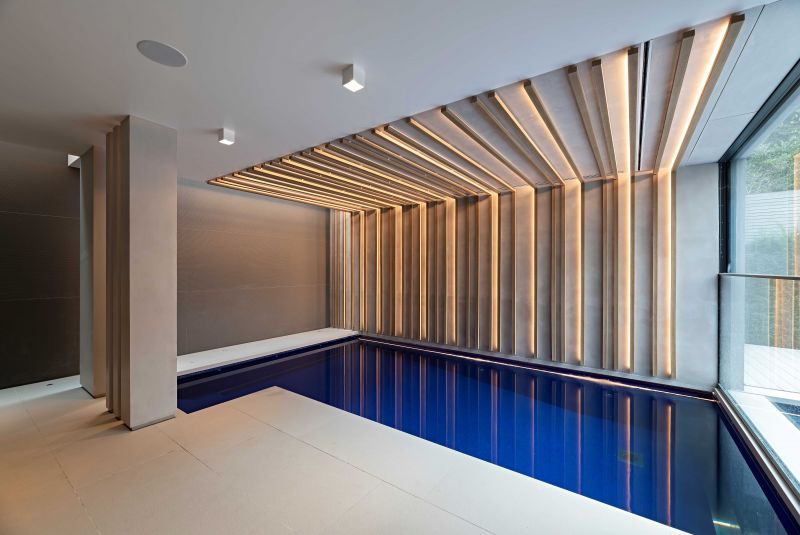 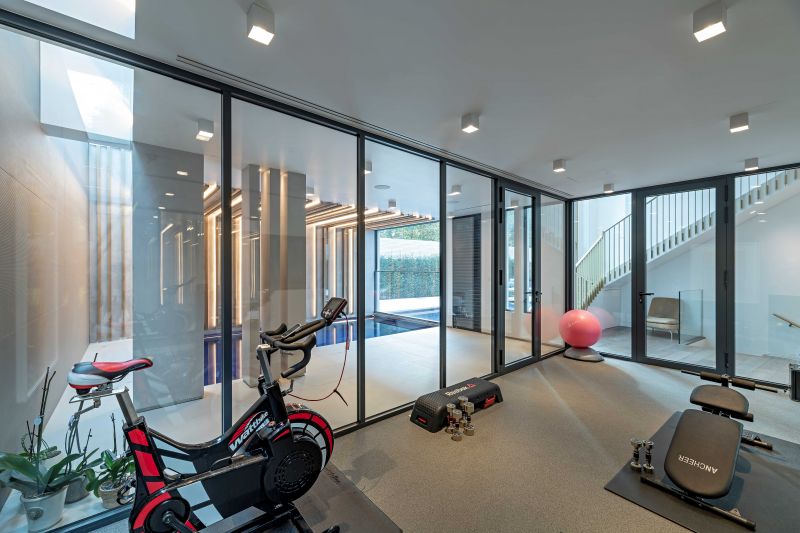 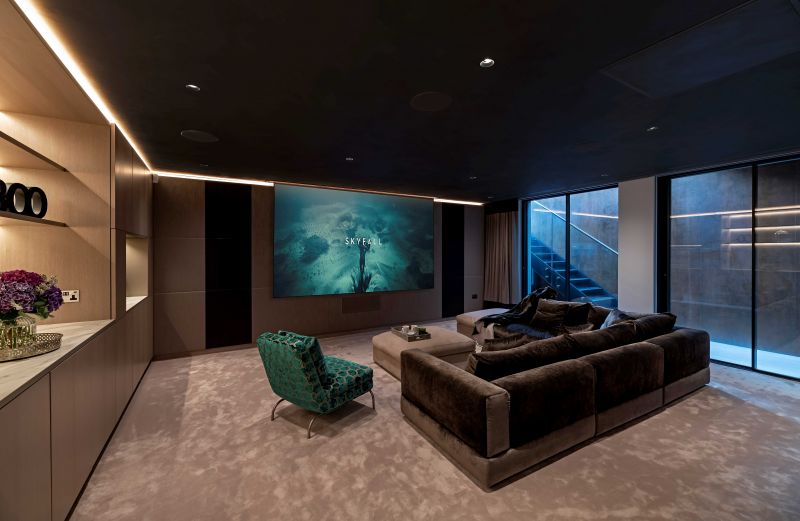 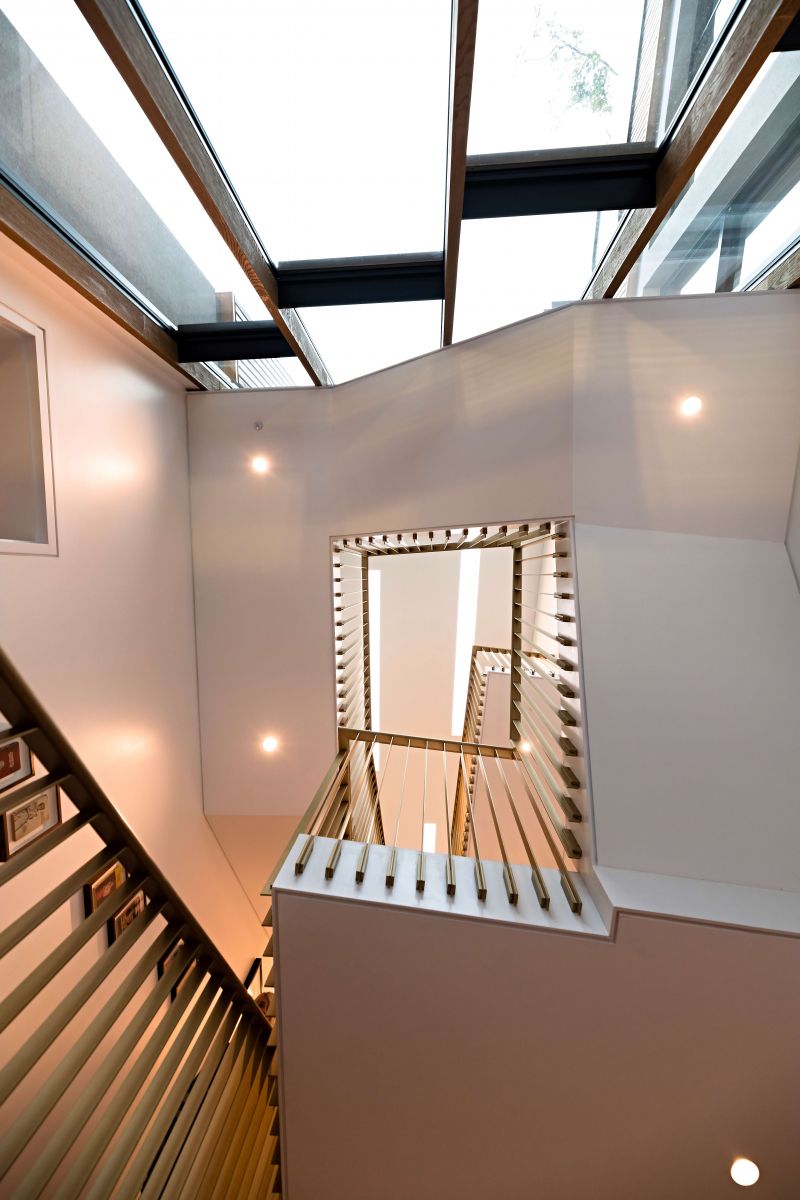 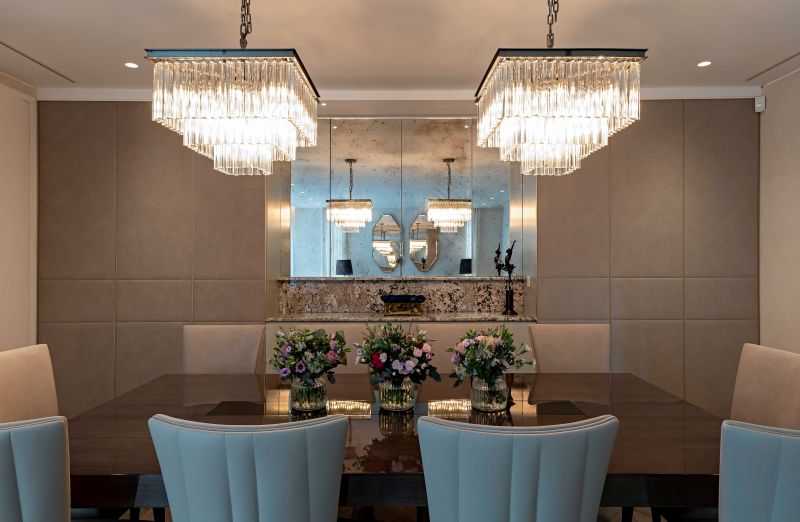 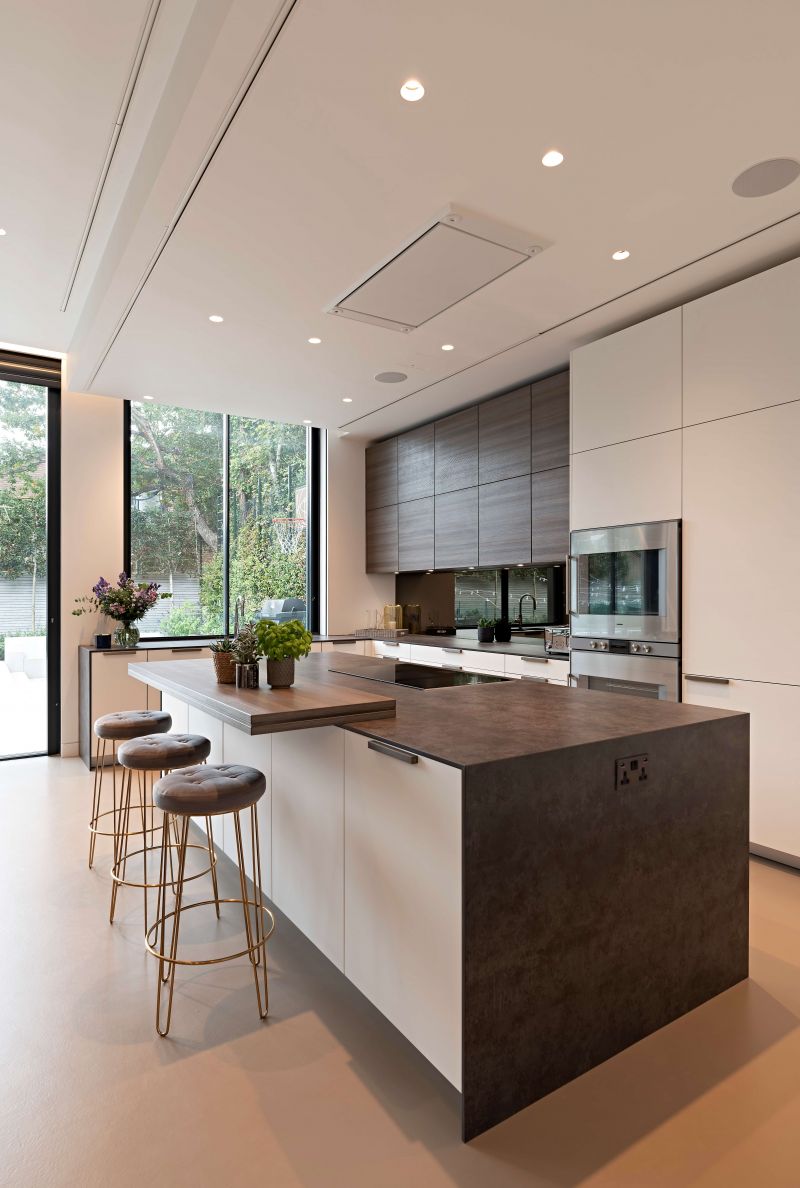 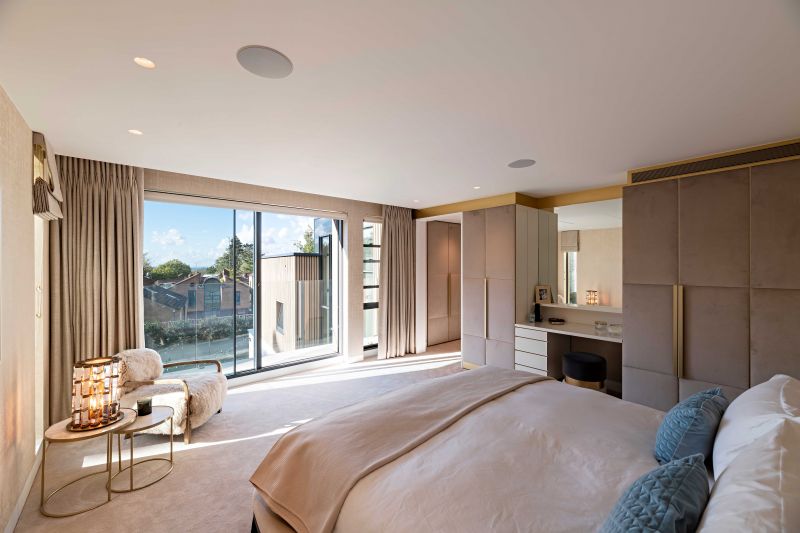 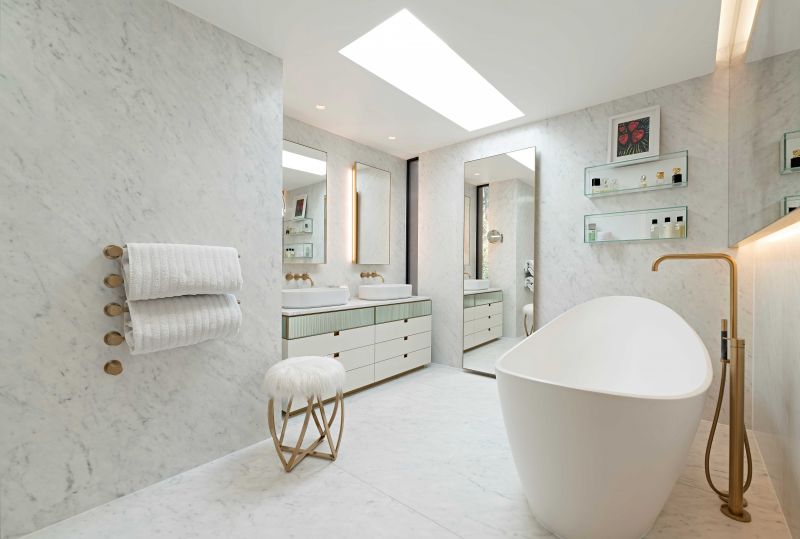 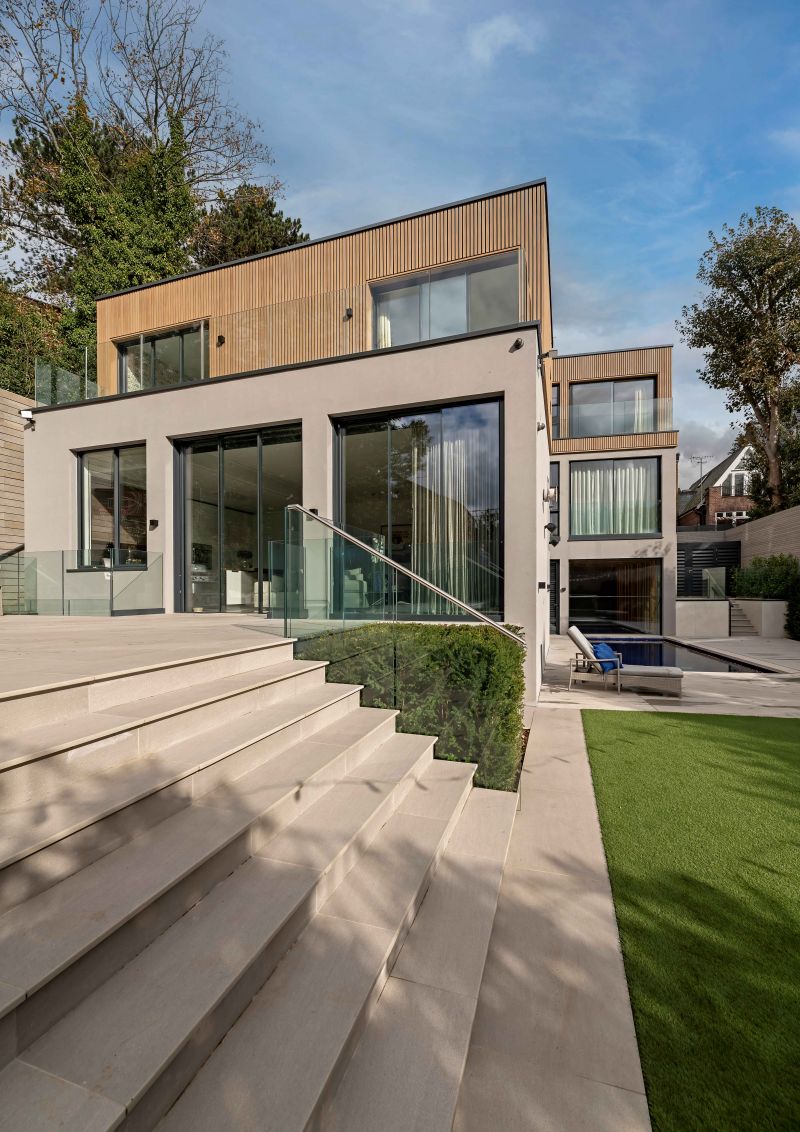 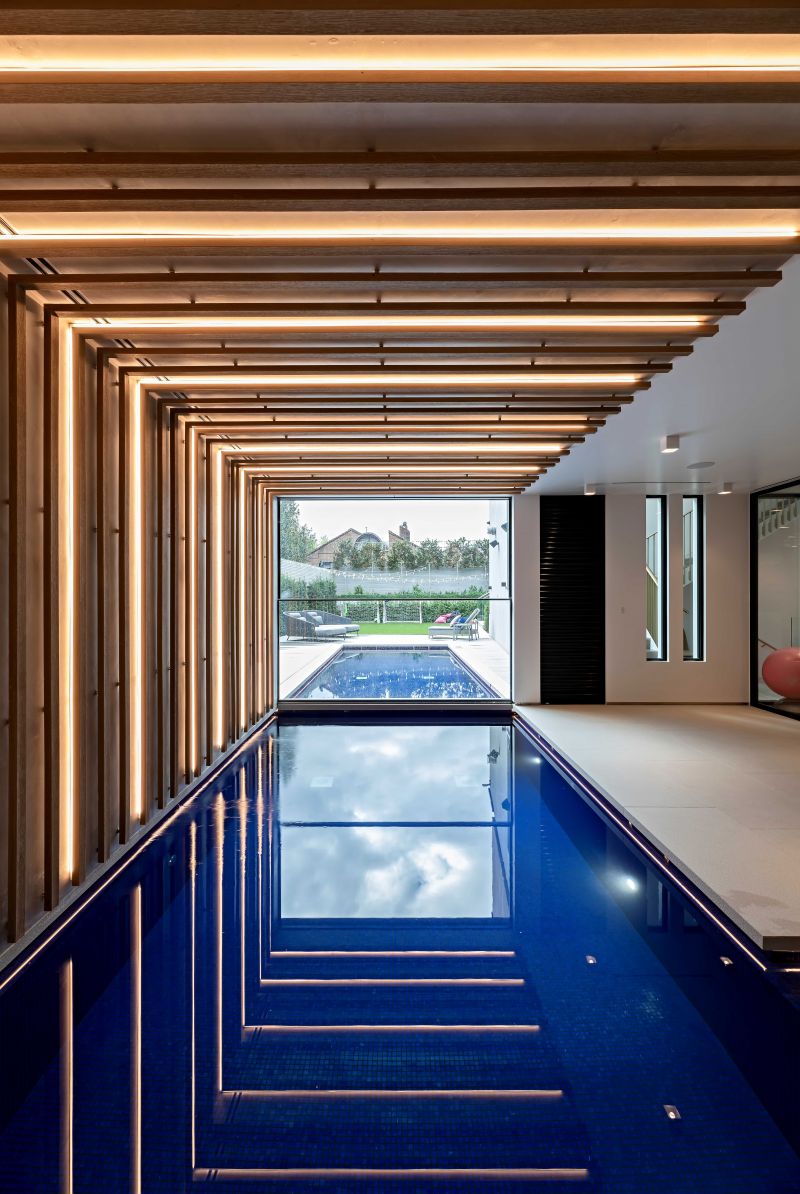 This is a re-created family home which replaced a former energy inefficient property. The structure follows the natural slope of the site’s landscape which drops approximately three metres from the entrance to the rear garden. Subsequently the house has split levels, linking several spaces to the outside. The building’s two-volume structure consists of a steel and timber framed upper part and a sunken, concrete lower half. The layout follows a two 'winged' horizontal split, with each wing running in parallel to the site. Green roofs have also been introduced for enhanced green credentials.