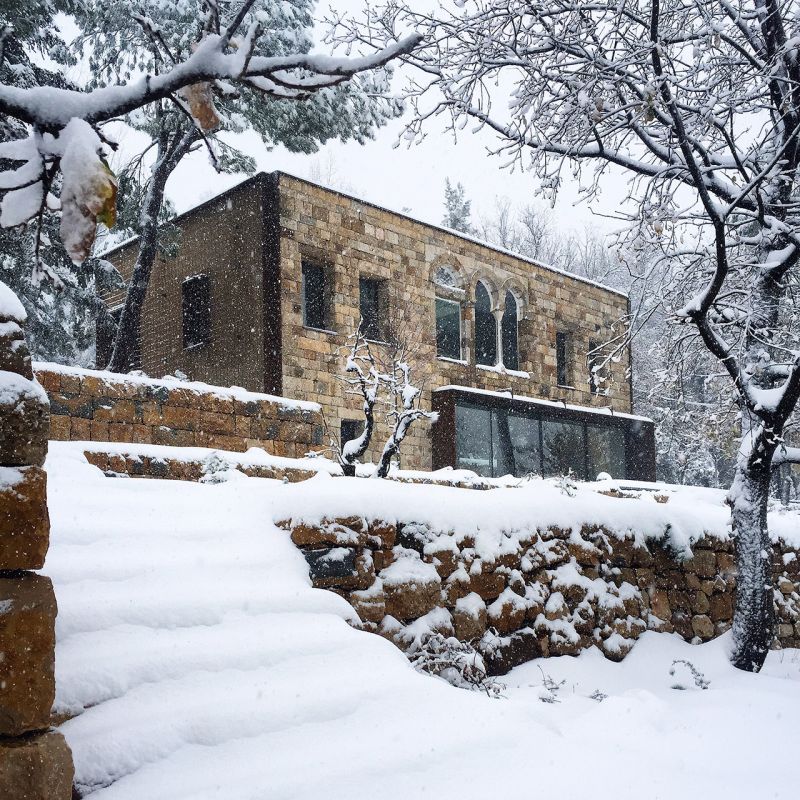 The house in the valley garden 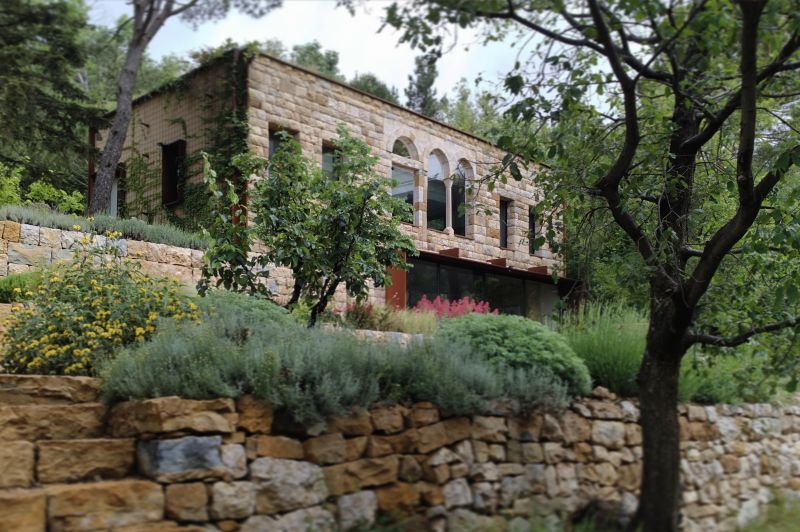 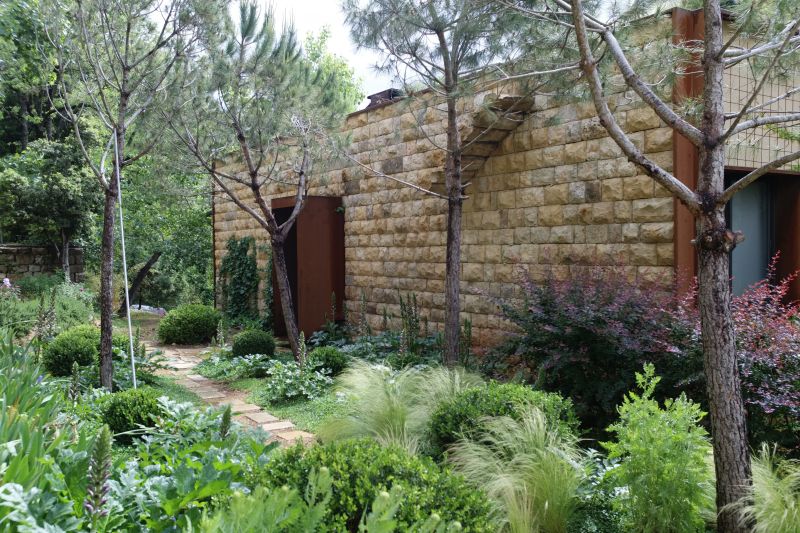 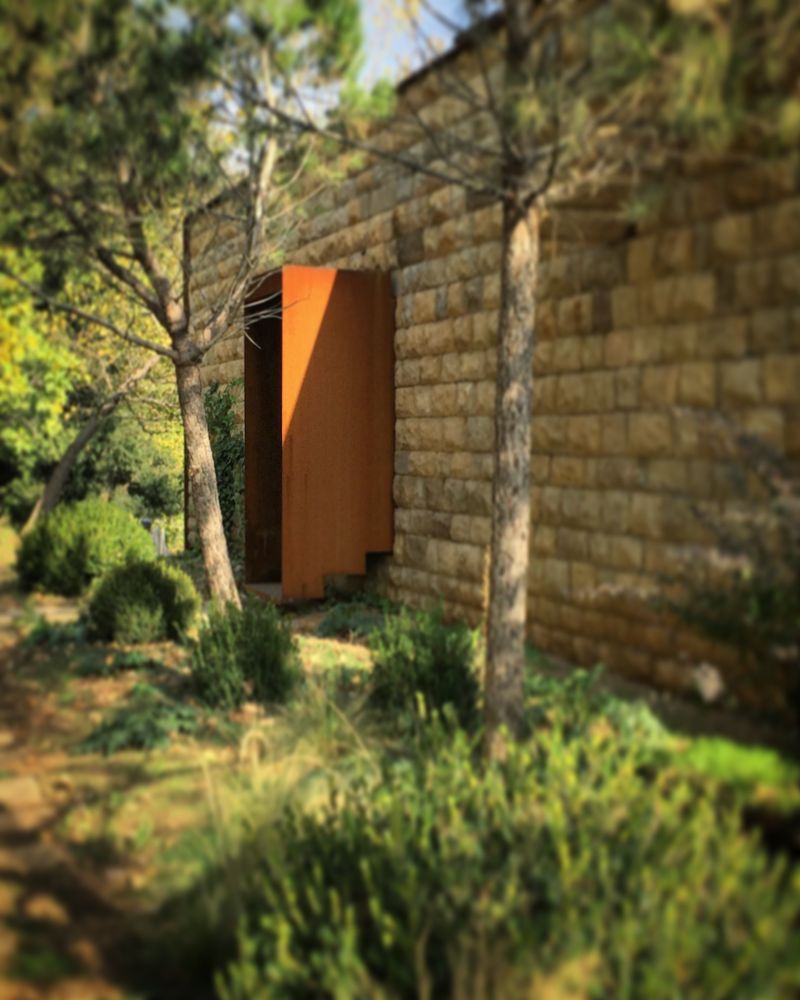 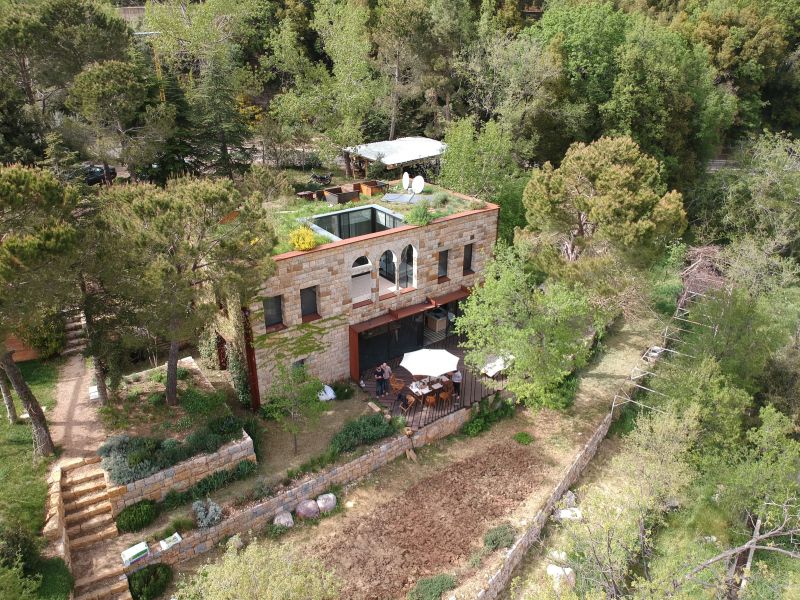 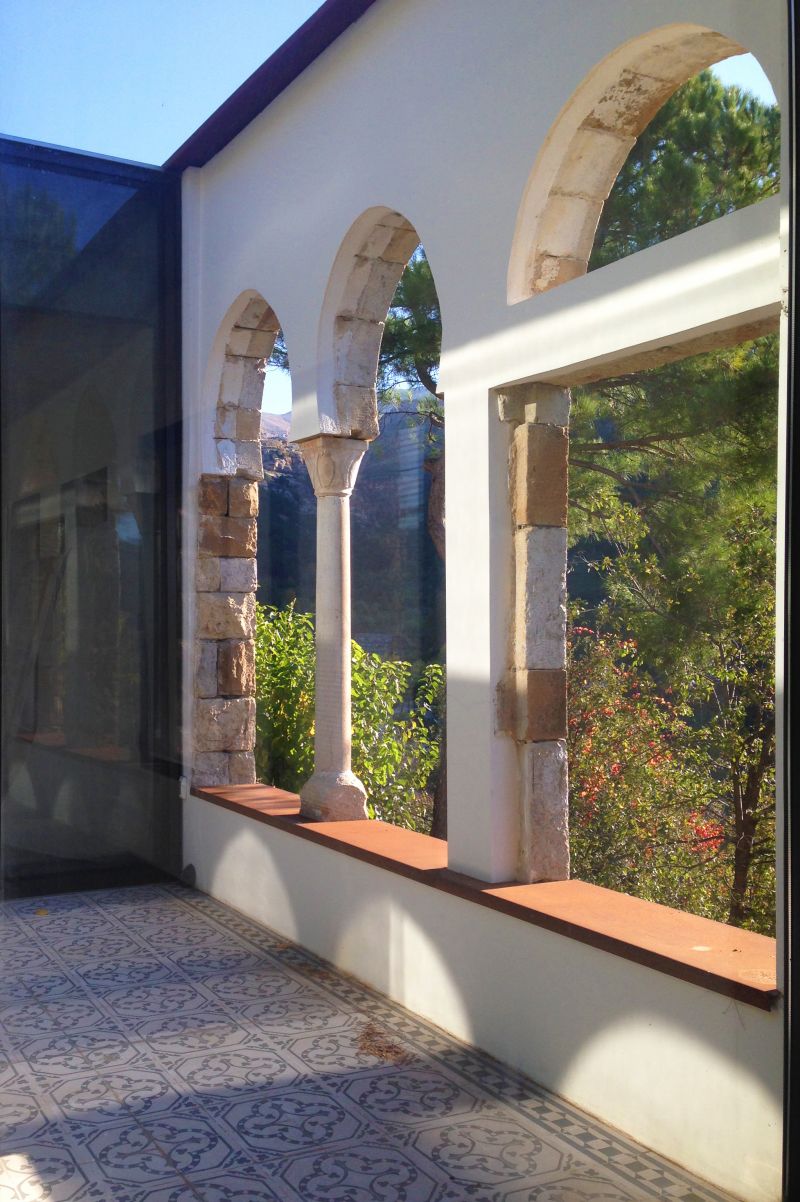 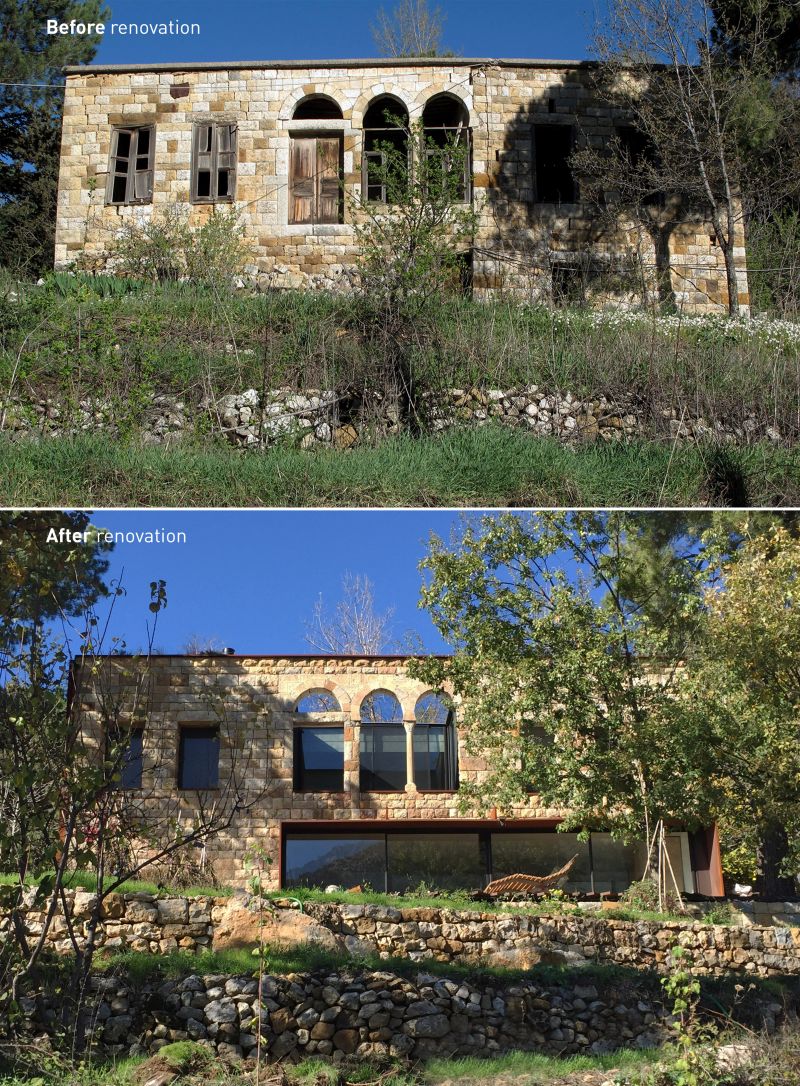 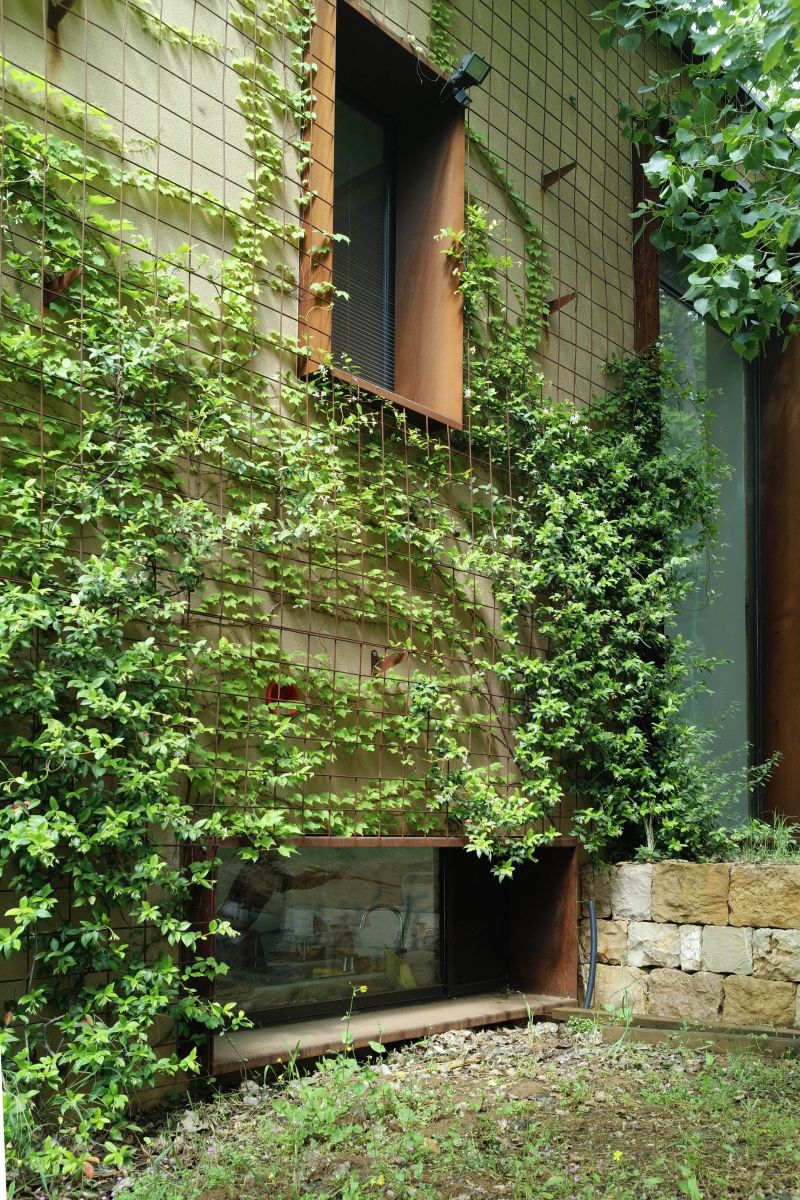 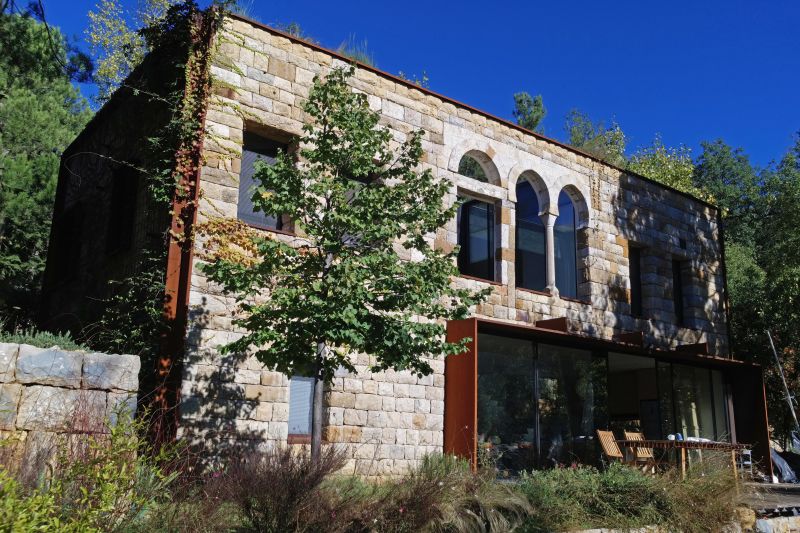 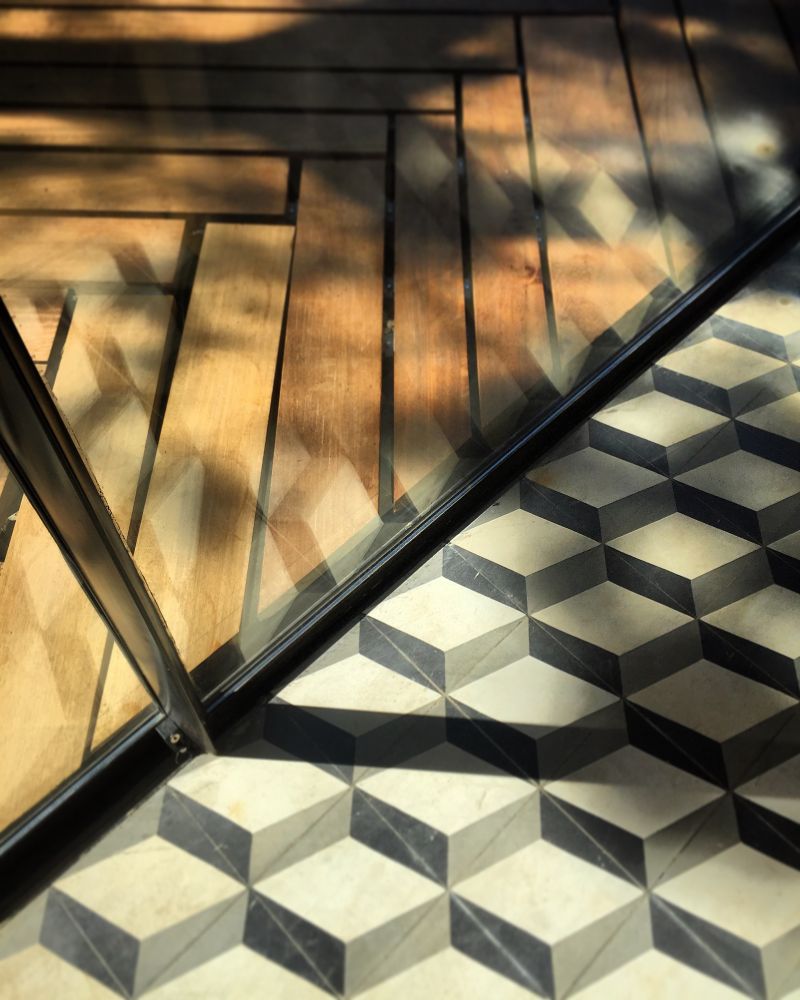 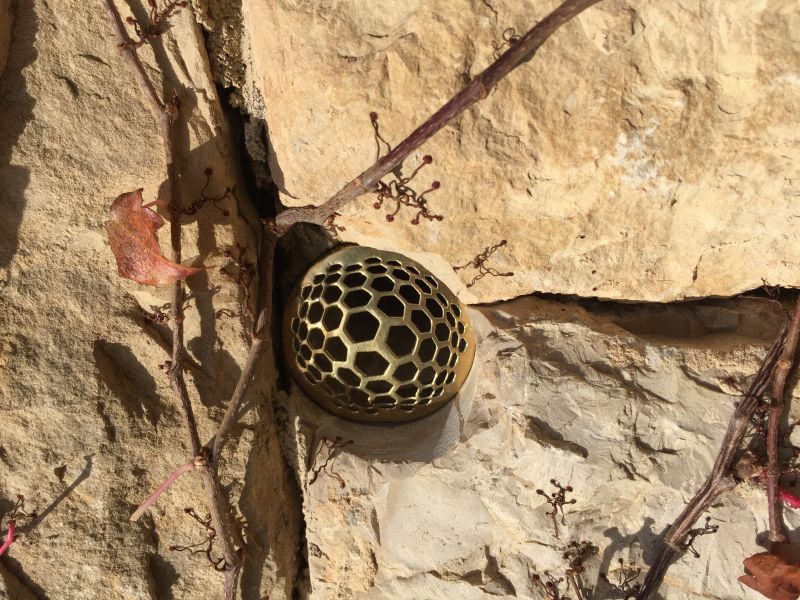 Standing in the depth of the Valley of Nahr Baskinta, Lebanon, (1200m. alt.), the house was one defining the valley’s landscape. For generations, it was left abandoned as its lack of foundations led to partial destruction. The house was already built from recycled stones from other older houses. The elevation and the exact placement of the house in the valley were preserved. The need for contemporary living at garden-level brought a large bay window framed by a Corten steel box protruding neatly from the original volume, which connects with the terrace, providing exact shading from summer sun.