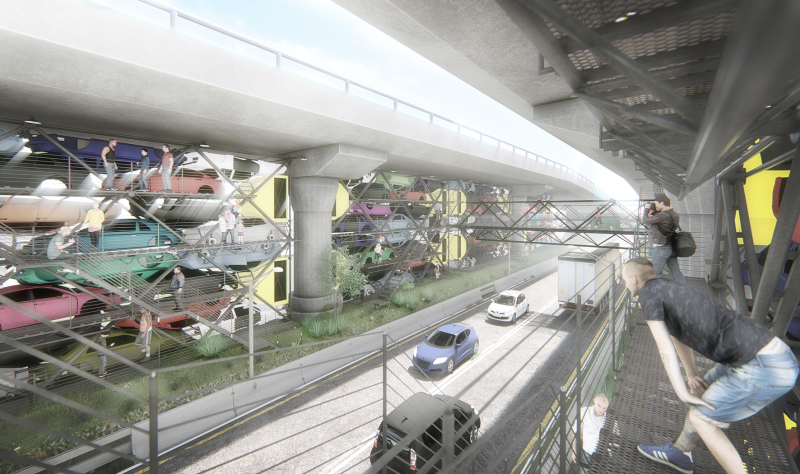 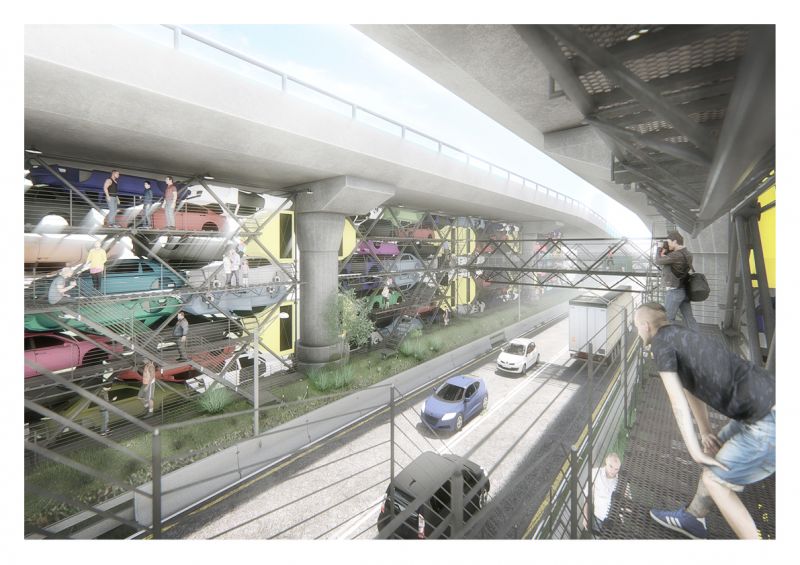 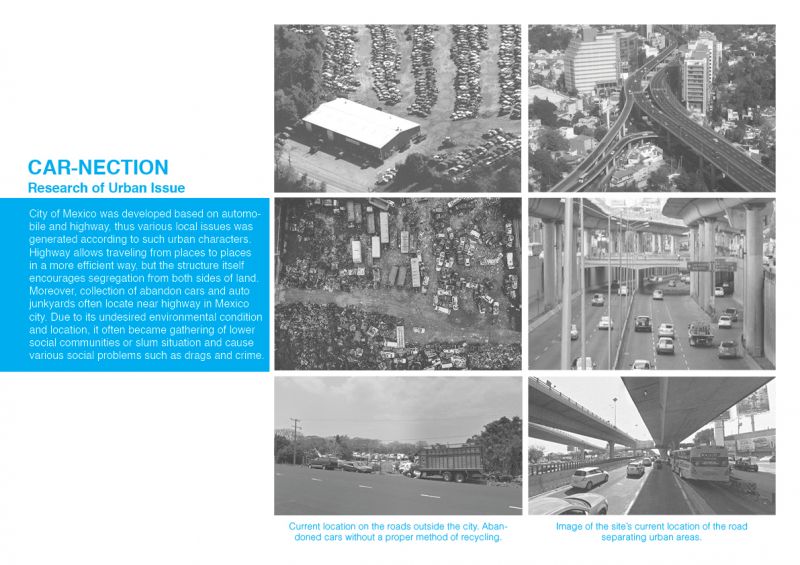 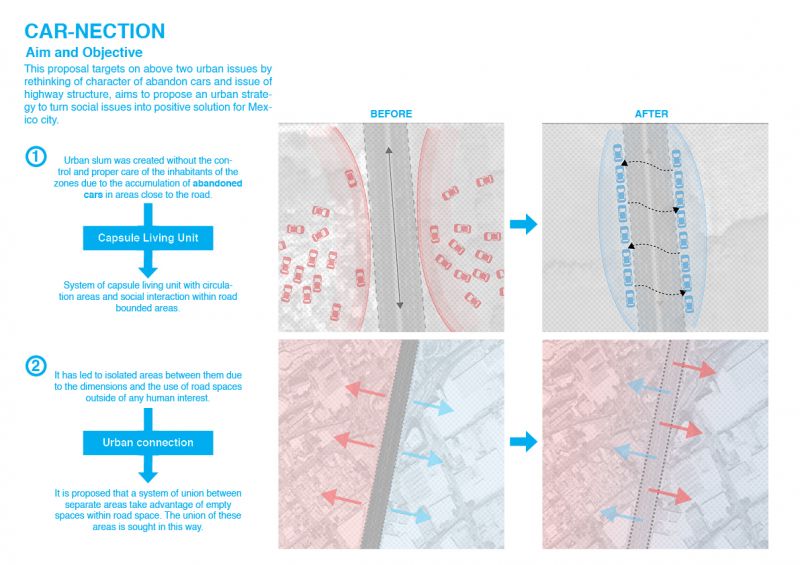 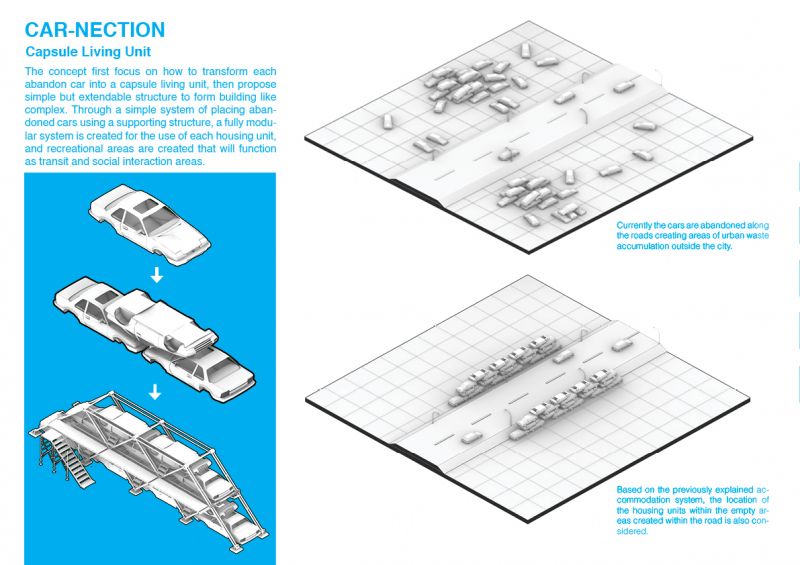 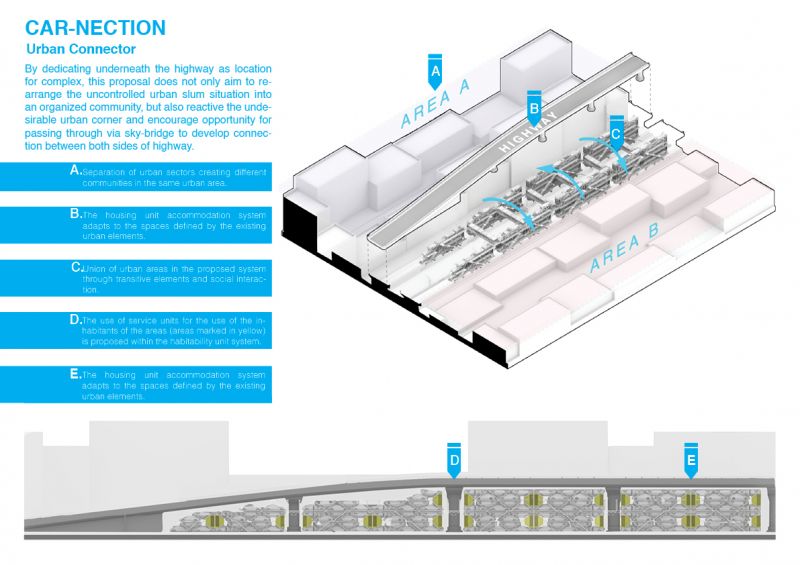 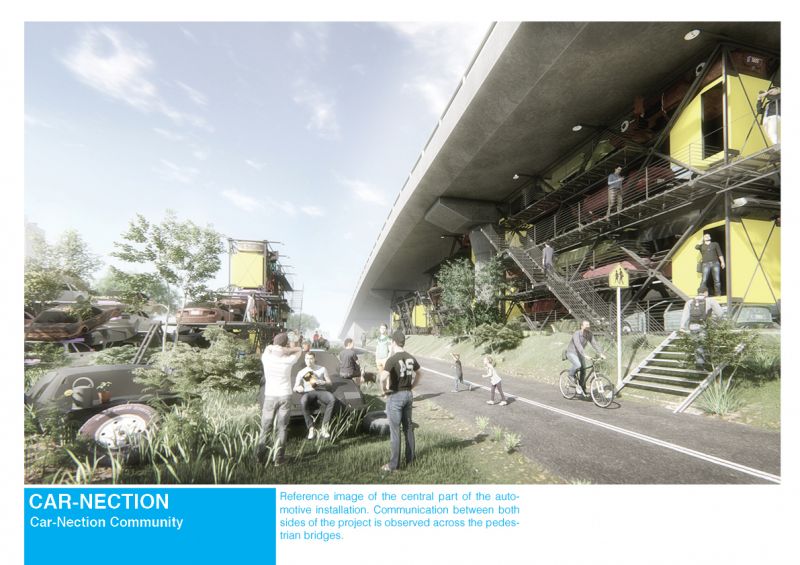 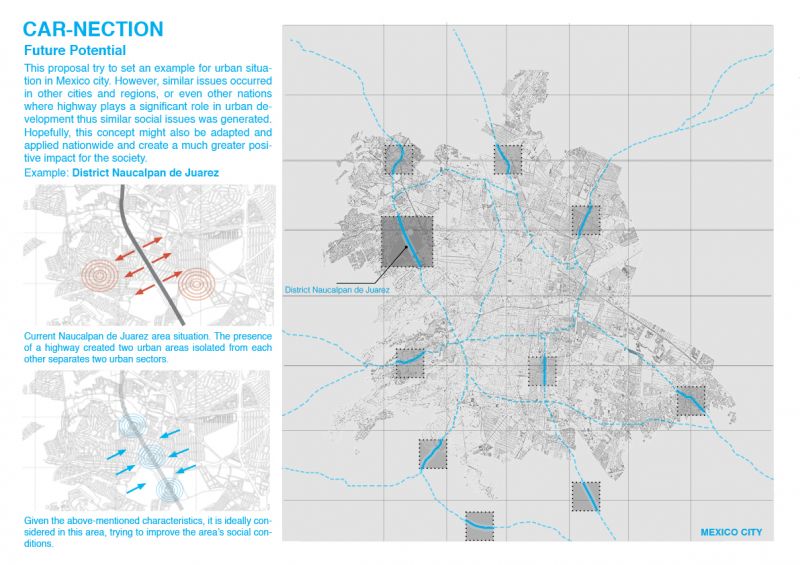 Mexico city was developed based on automobiles and highways. However, highway structure encourages segregation from both sides of land. Moreover, collections of abandoned cars and auto junkyards are often located near the highways, which result in undesirable living environments, such as a slum situation and also cause various social problems. This proposal targets both urban issues by turning abandoned cars into capsule living units, in order to form organized communities. It does not only reactivate undesirable urban corners but also encourages opportunities for connection between both sides of the highway via sky-bridge access.