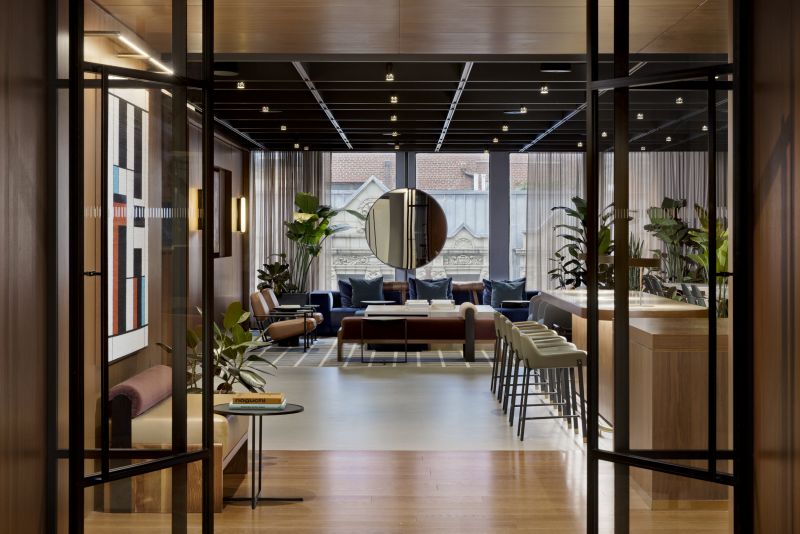 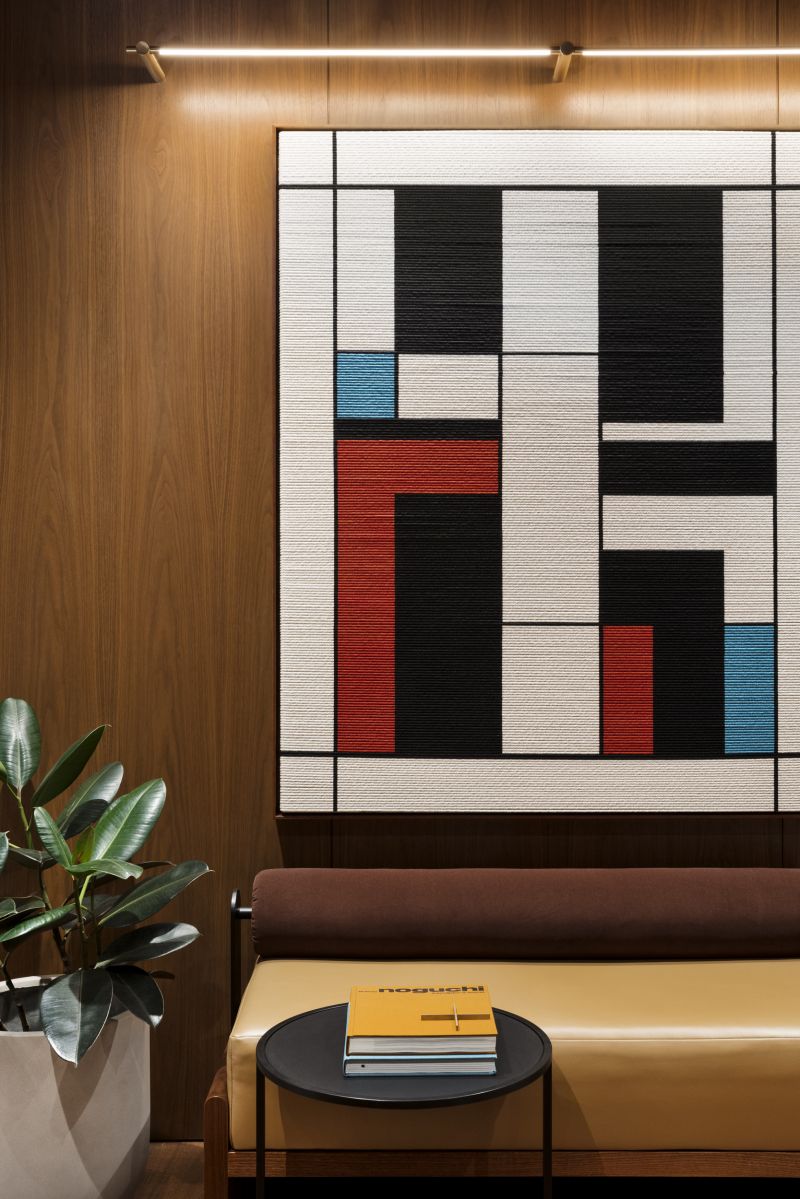 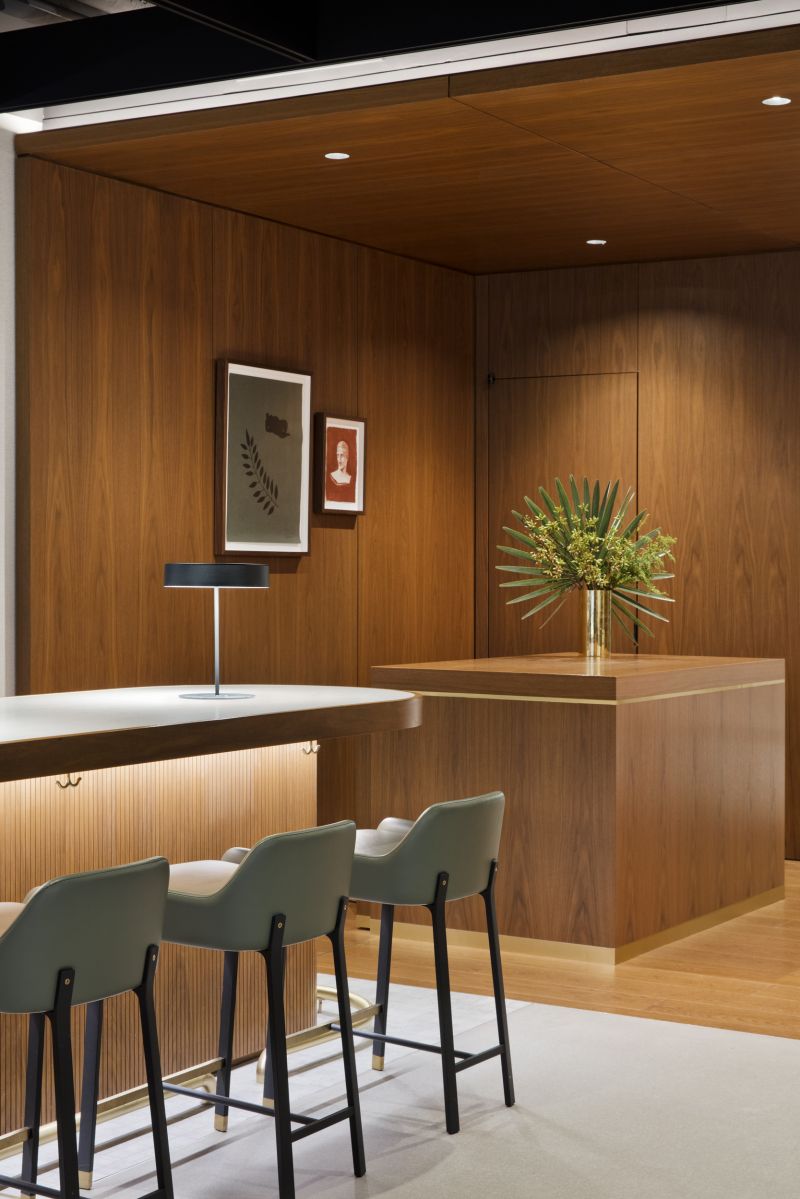 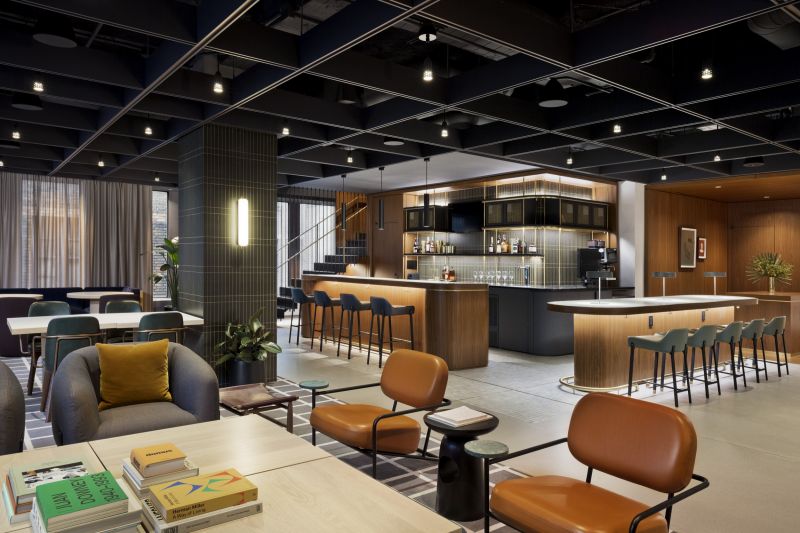 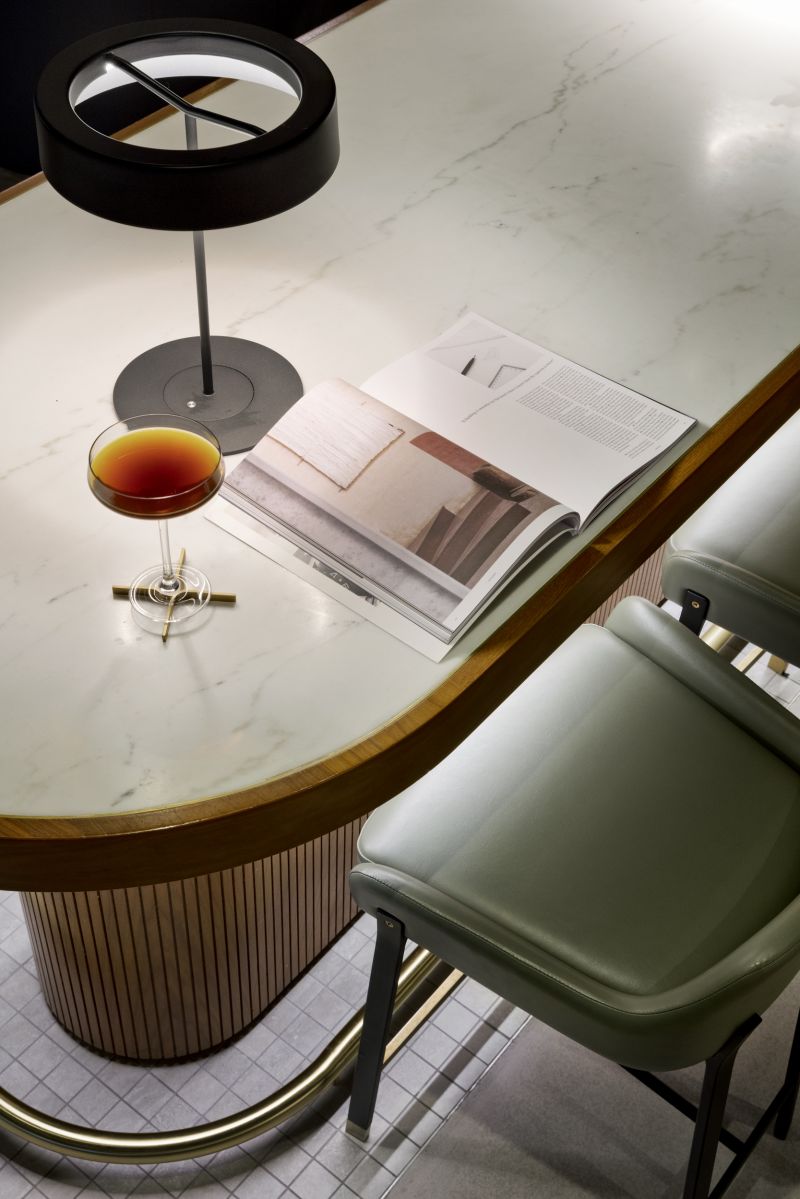 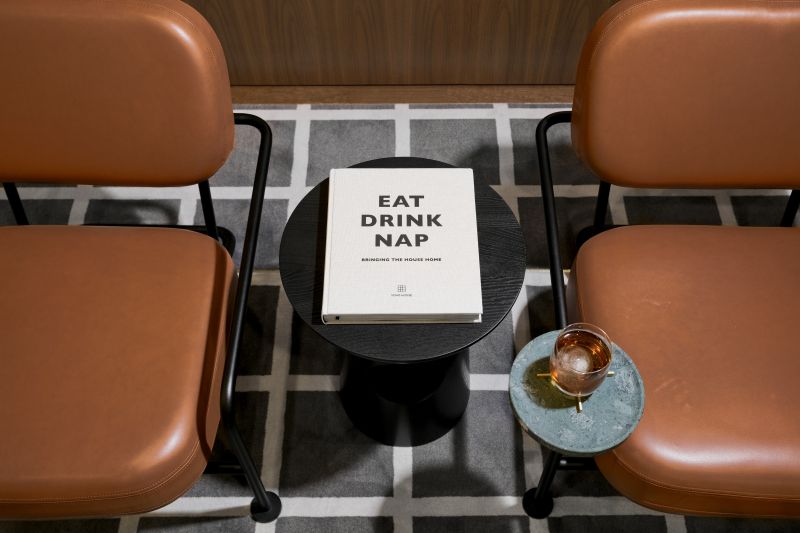 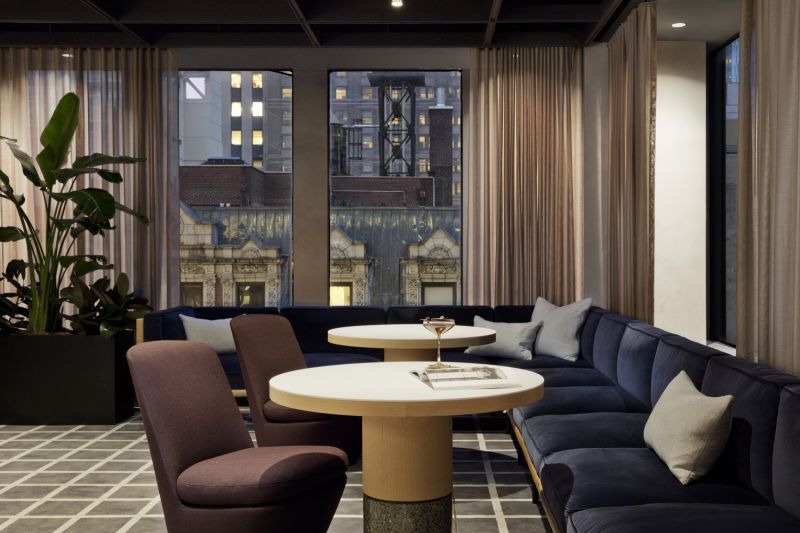 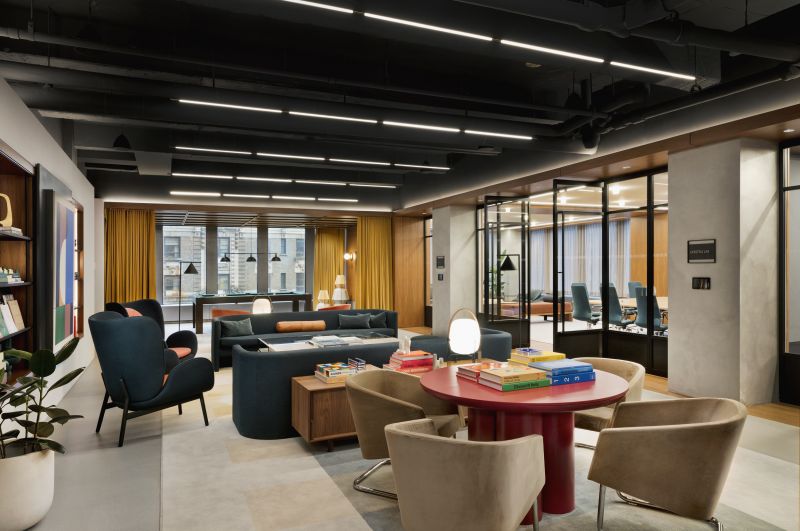 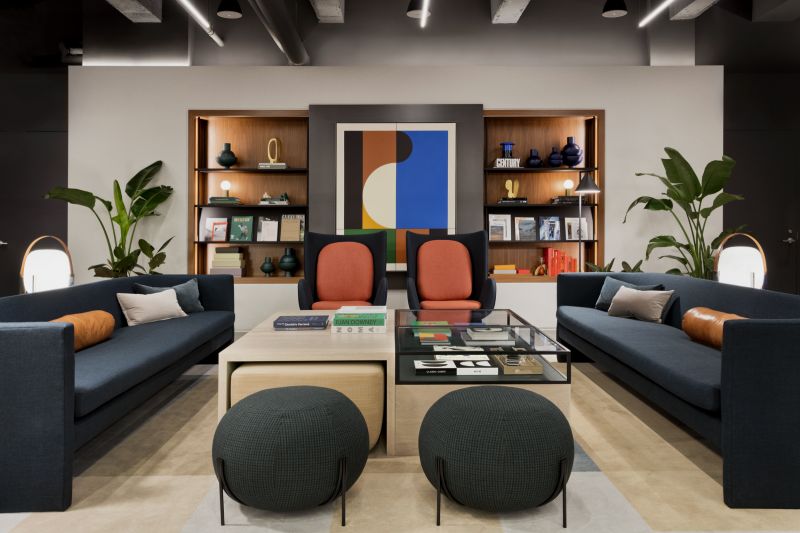 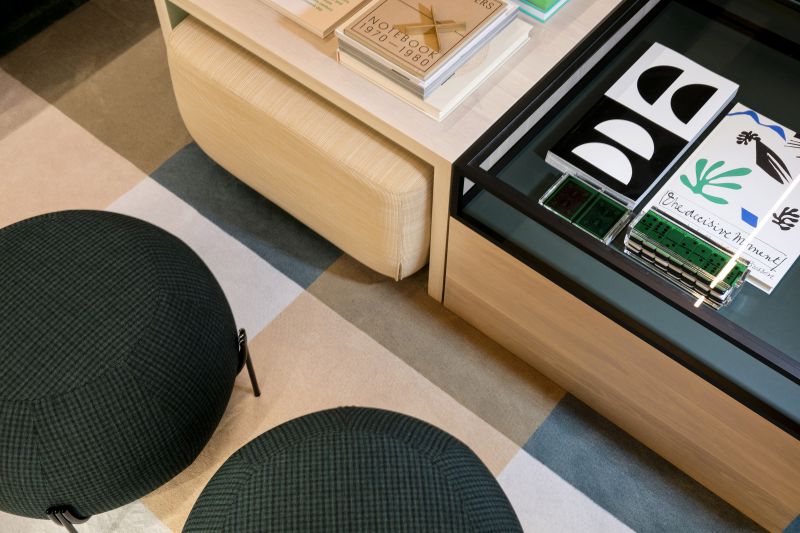 A space for lounging and meeting, 1700 Broadway’s 10,500 RSF amenity center focuses energy on a less structured experience than its surrounding offices. Weaving its way from architecture to furniture, that dissolving of rigidity draws inspiration from the mid-century era when the building was erected. The space encompasses a simple working mantra “Off the Grid” – a space for creative retreat from structures of daily life. Areas are divided less by solid walls and more by elements that could define yet remain transparent including screens, built-in furniture, and changes in material or color.