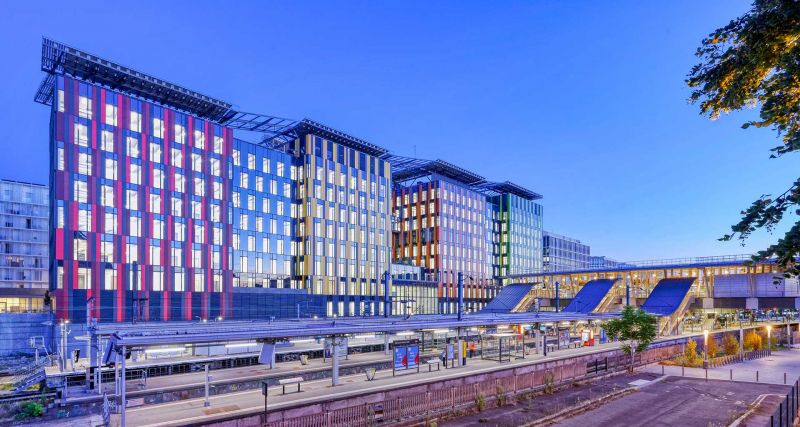 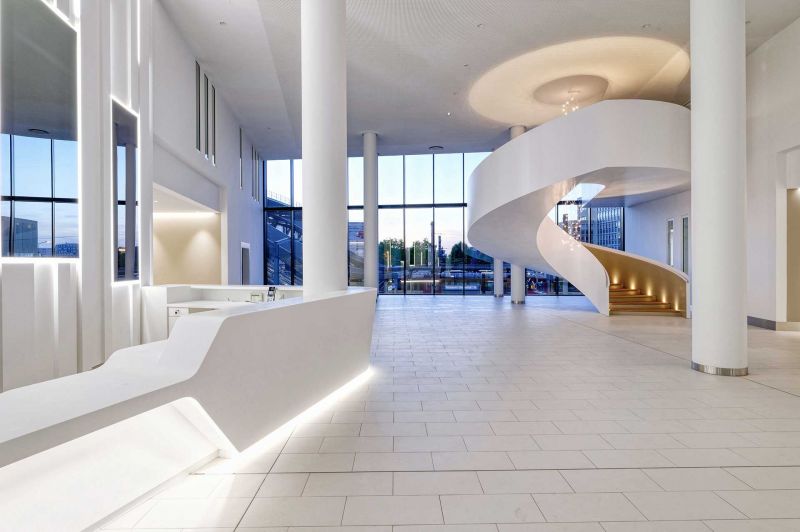 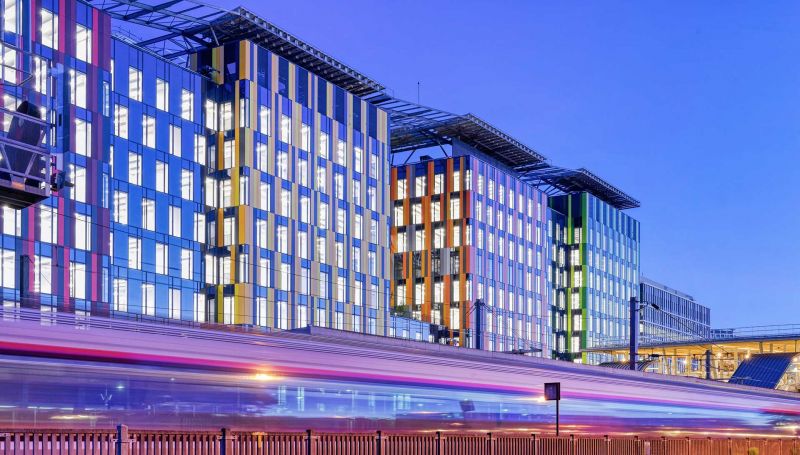 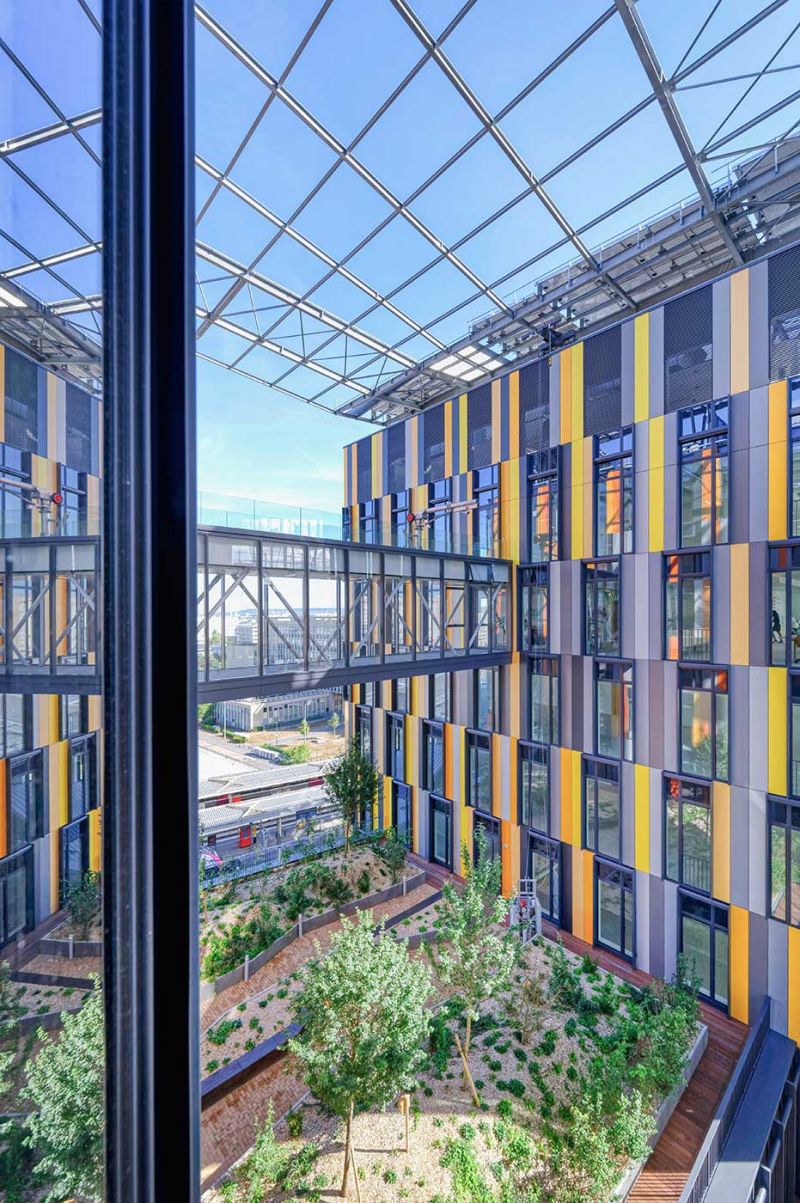 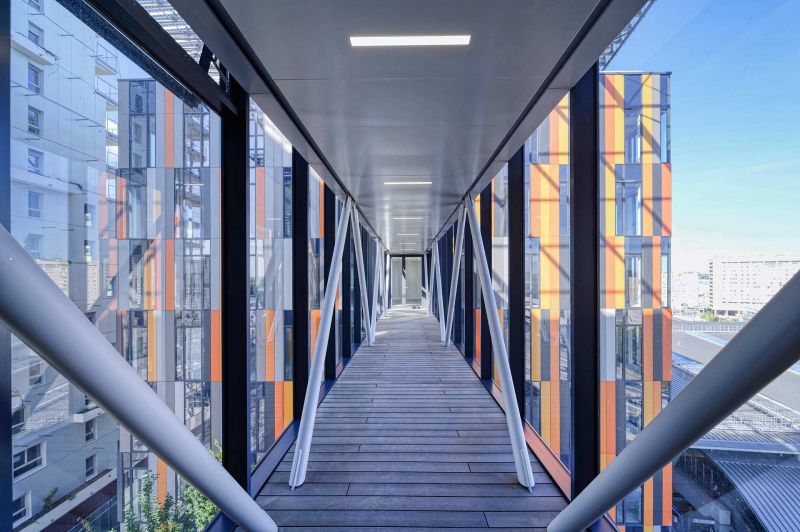 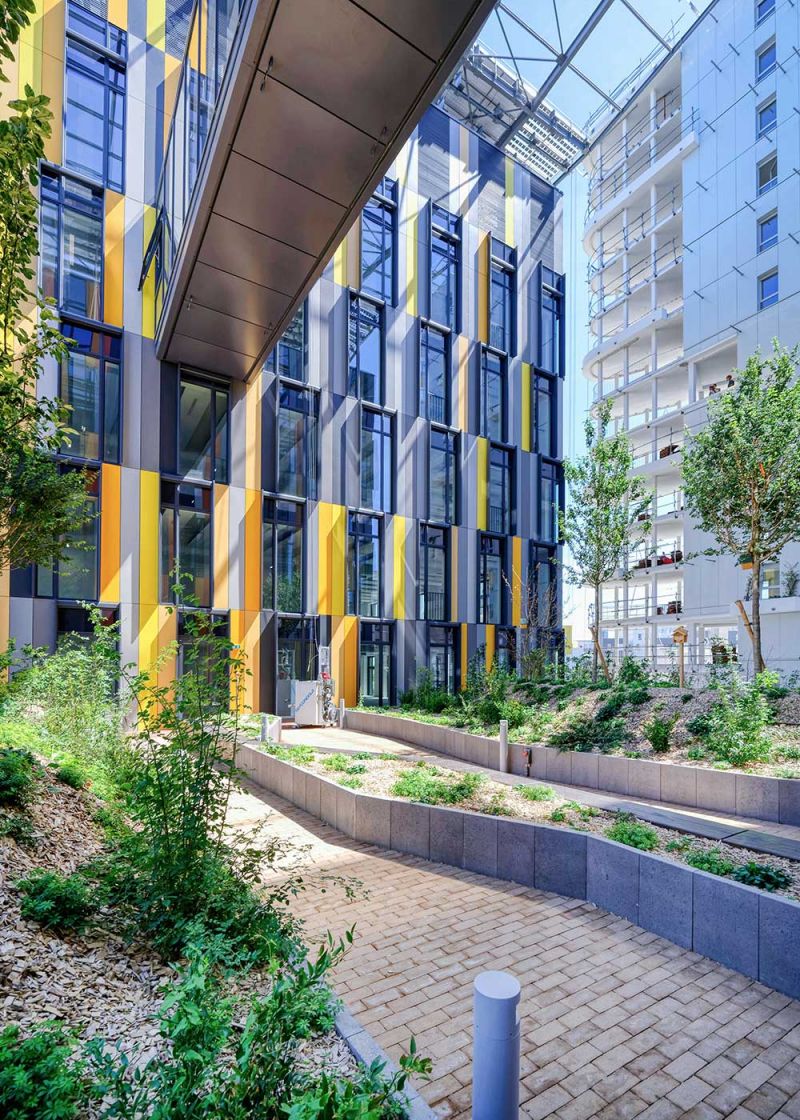 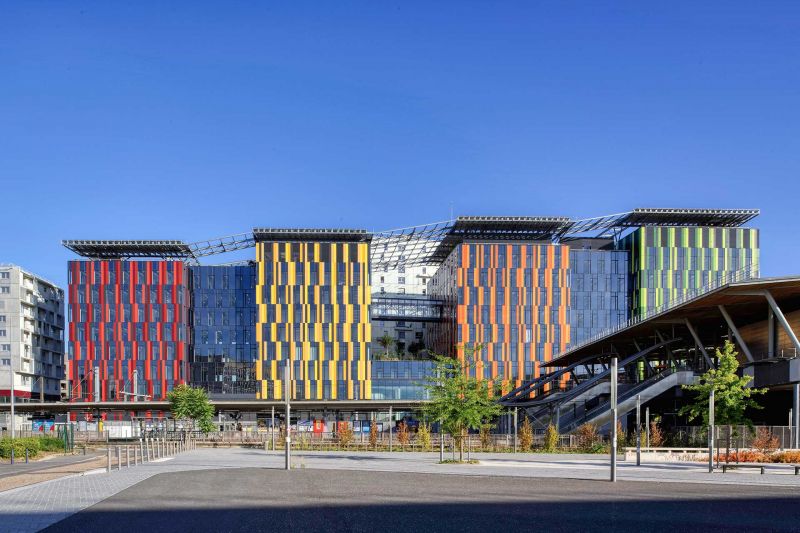 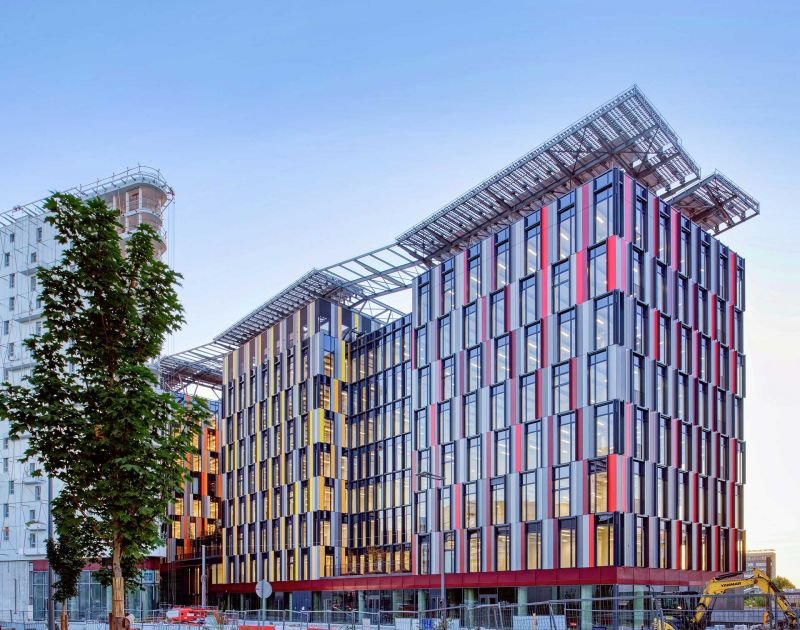 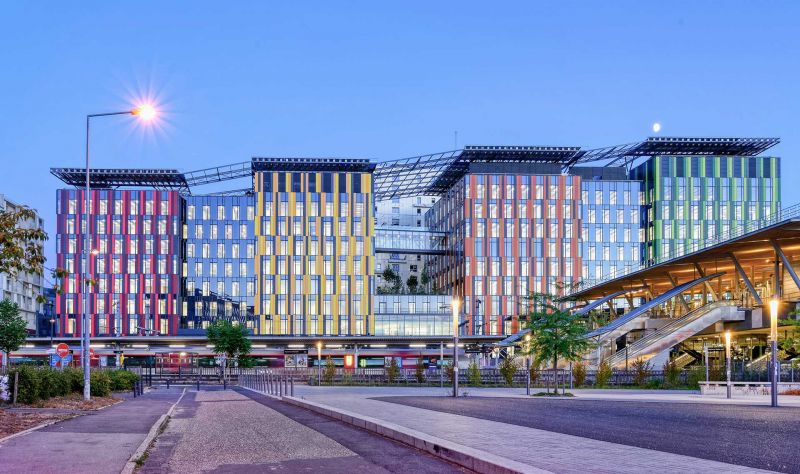 Construction in Nanterre of a program of 20,000 m² of offices and shops, on lot 4 of the "Cœur de Quartier" operation, opening onto the university, located on the other side of the railway line. Developed by the public development establishment La Défense Seine-Arche (Epadesa), this new district was built in two phases. Our 20,000 m² project was won in a competition launched by Bouygues Immobilier in 2015, and is part of the second phase, within a mixed project of 77,000 m² which provided for housing, offices, shops, a cinema and public parking.