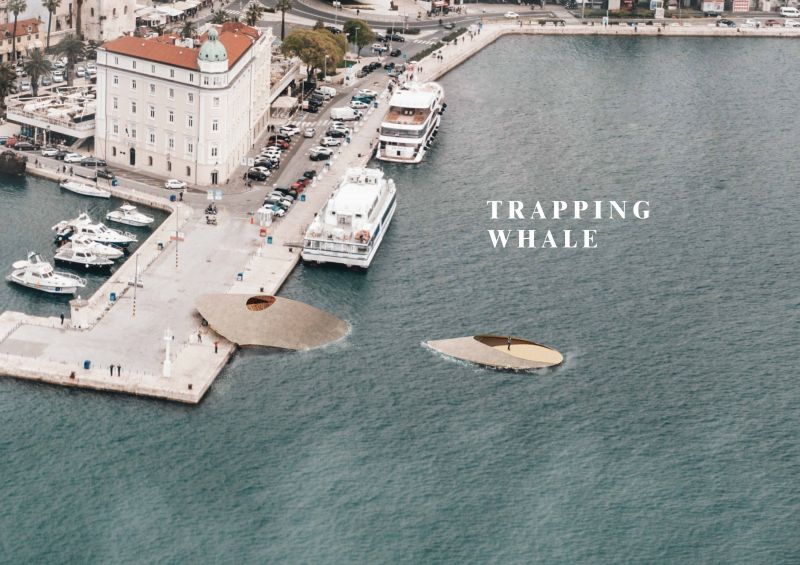 Representing the dying whale tail as an image, the extended platform is like the release of pressure. People need to be aware that garbage is harmful to the ecosystem and start to think in the broad space this platform provides. 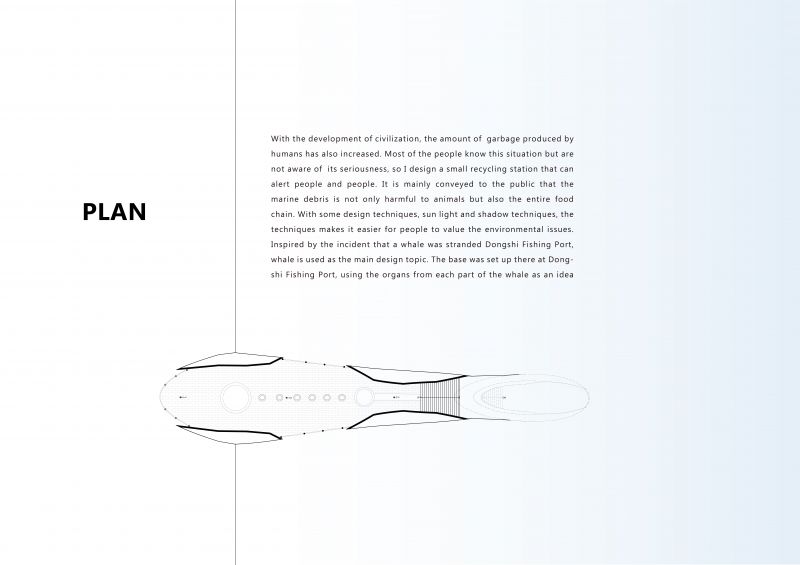 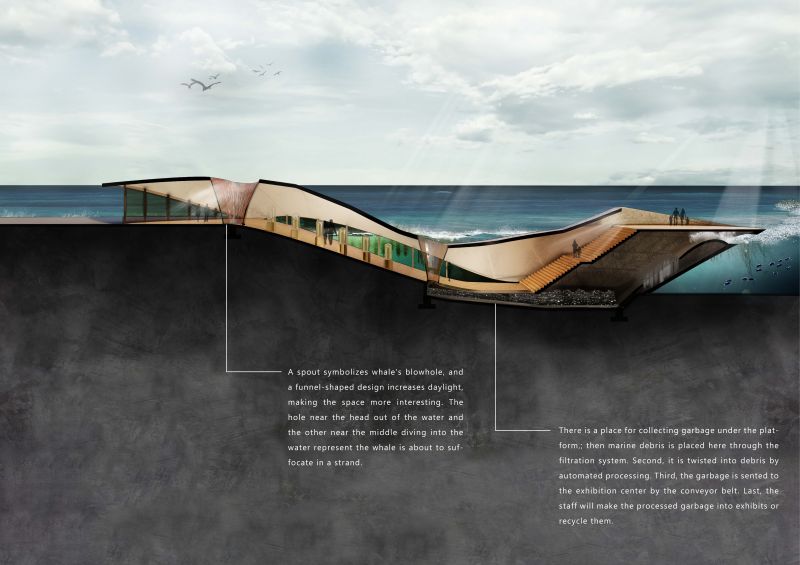 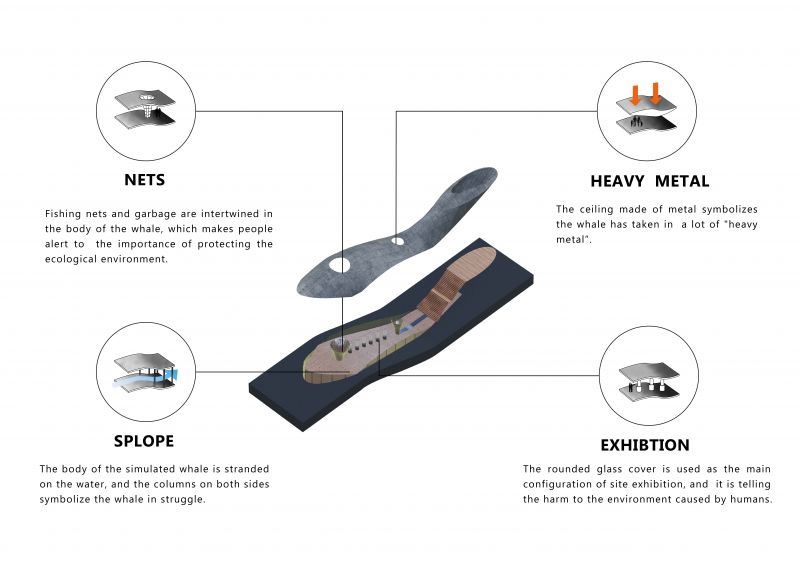 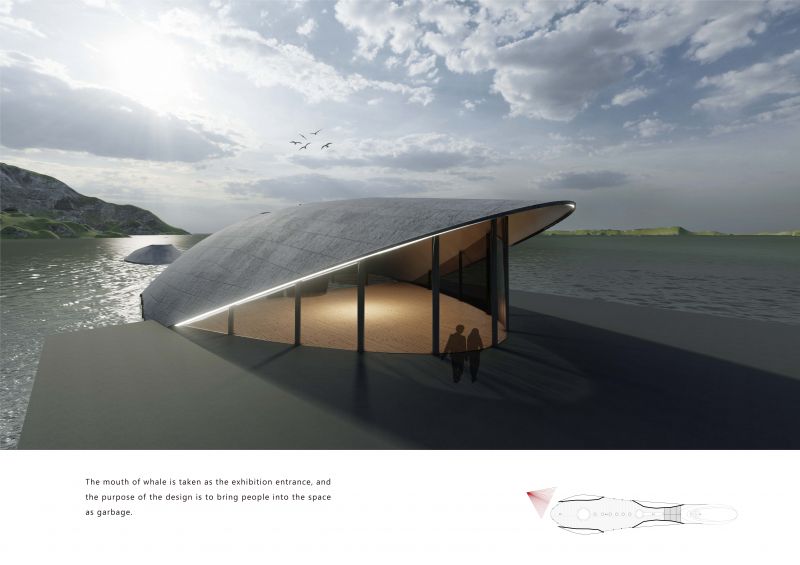 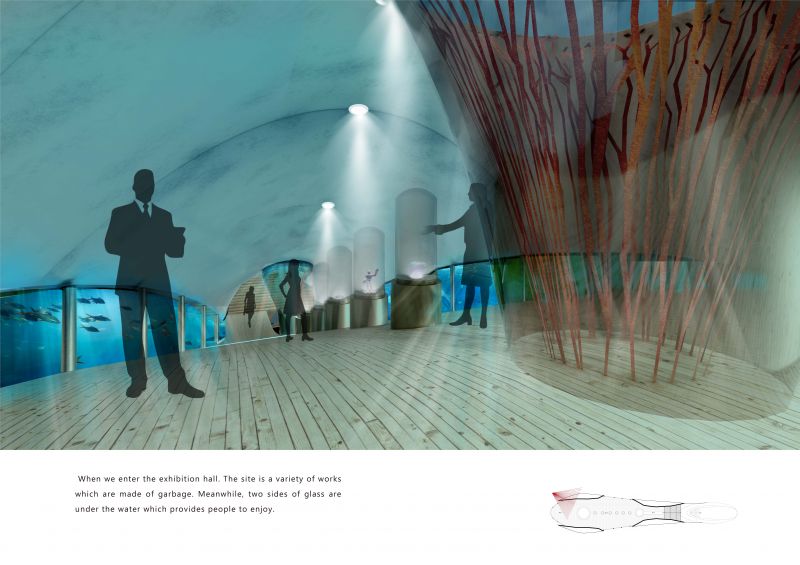 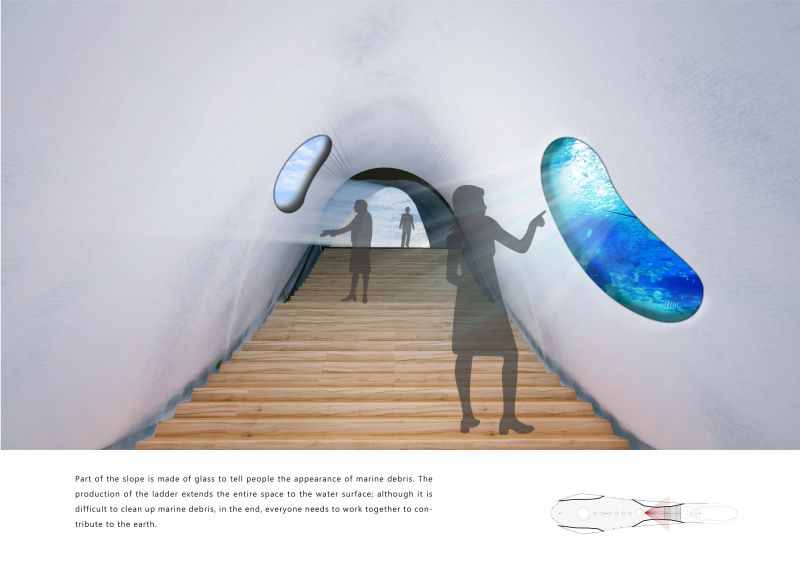 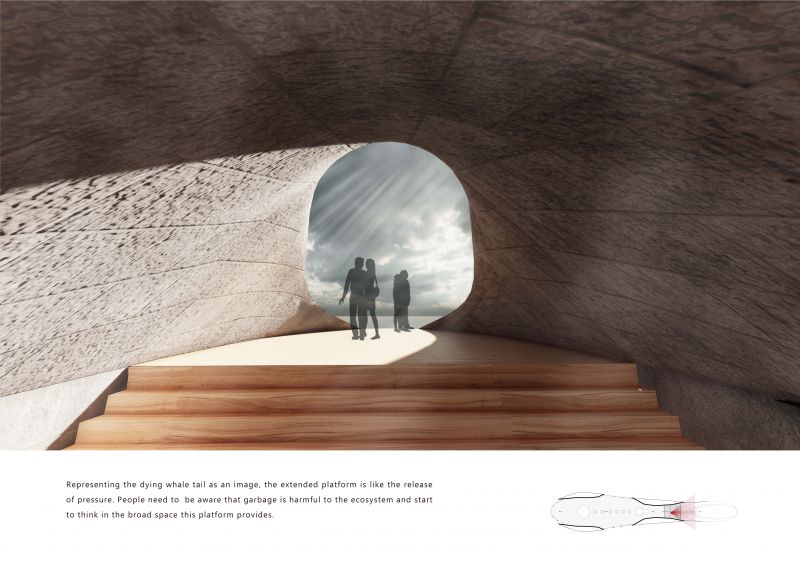 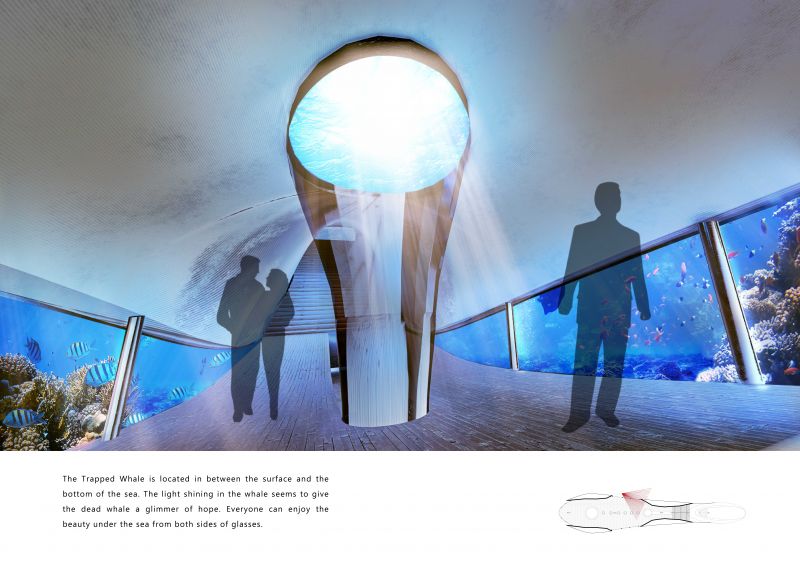 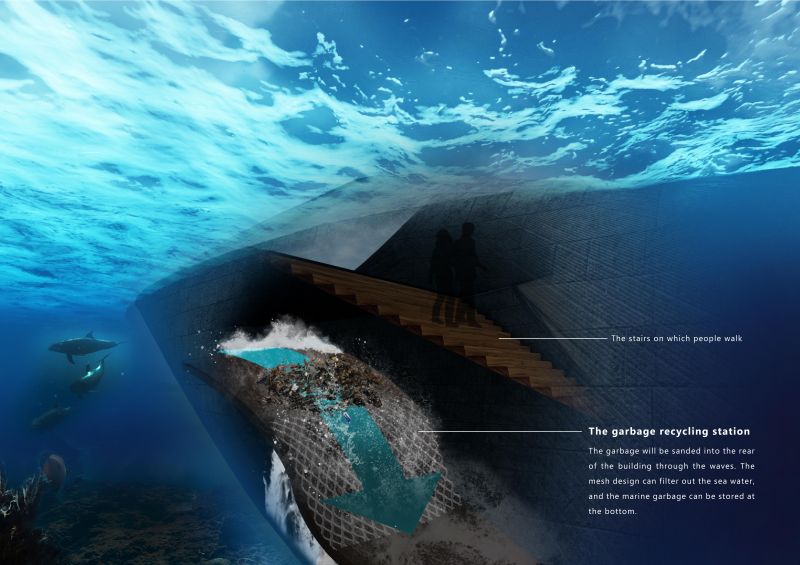 With the development of civilization, the amount of garbage produced by humans has also increased. Most of the people know this situation but are not aware of its seriousness, so I design a small recycling station that can alert people and people. It is mainly conveyed to the public that the marine debris is not only harmful to animals but also the entire food chain. With some design techniques, sunlight and shadow techniques, the techniques make it easier for people to value the environmental issues. The designer was inspired by an incident of a whale stranded at Dongshi Fishing Port.