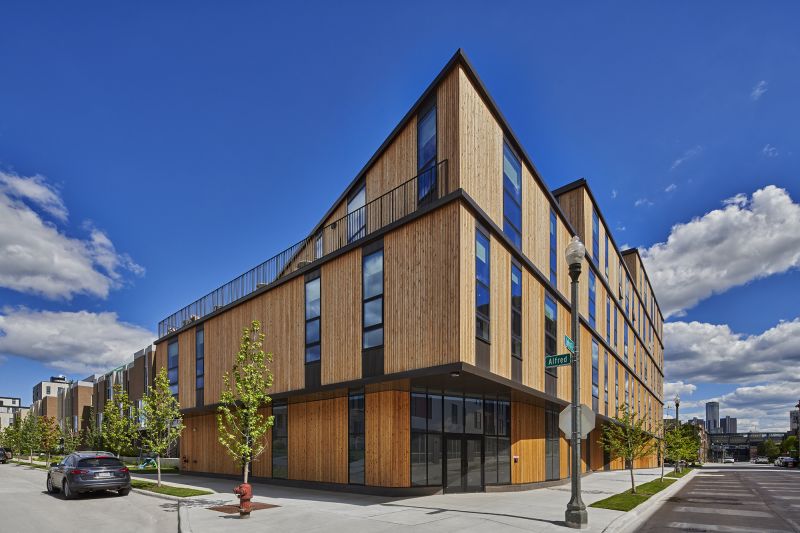 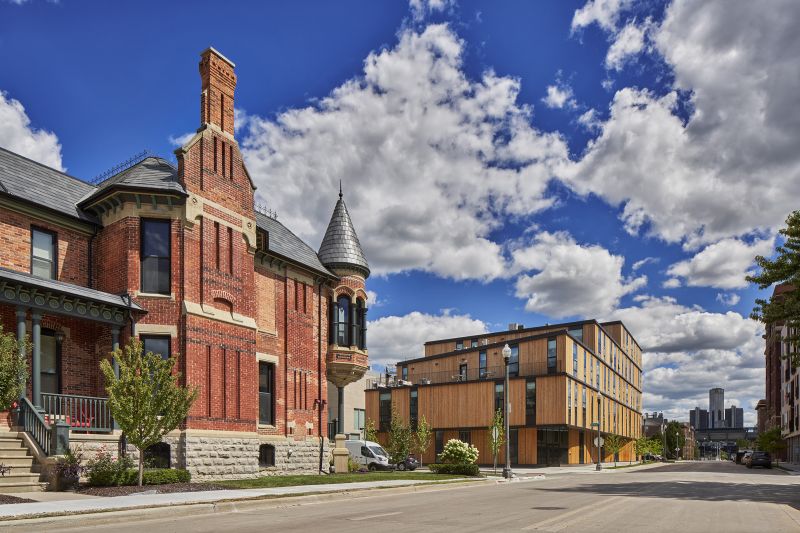 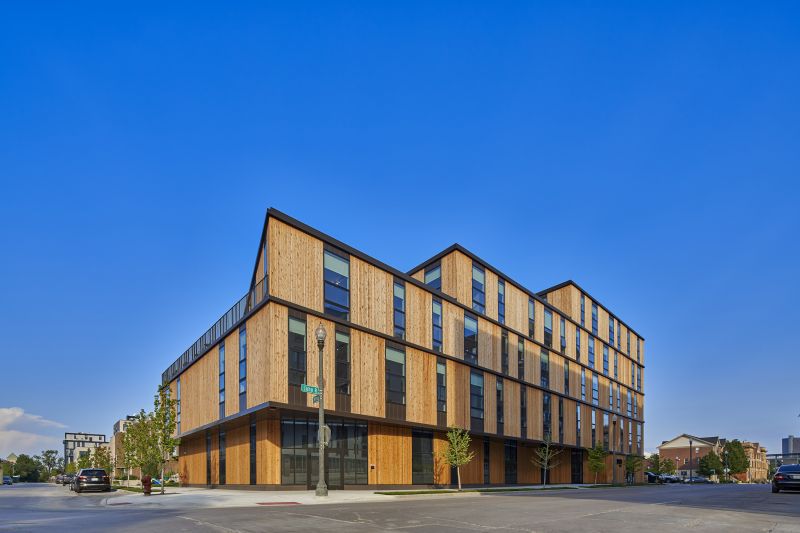 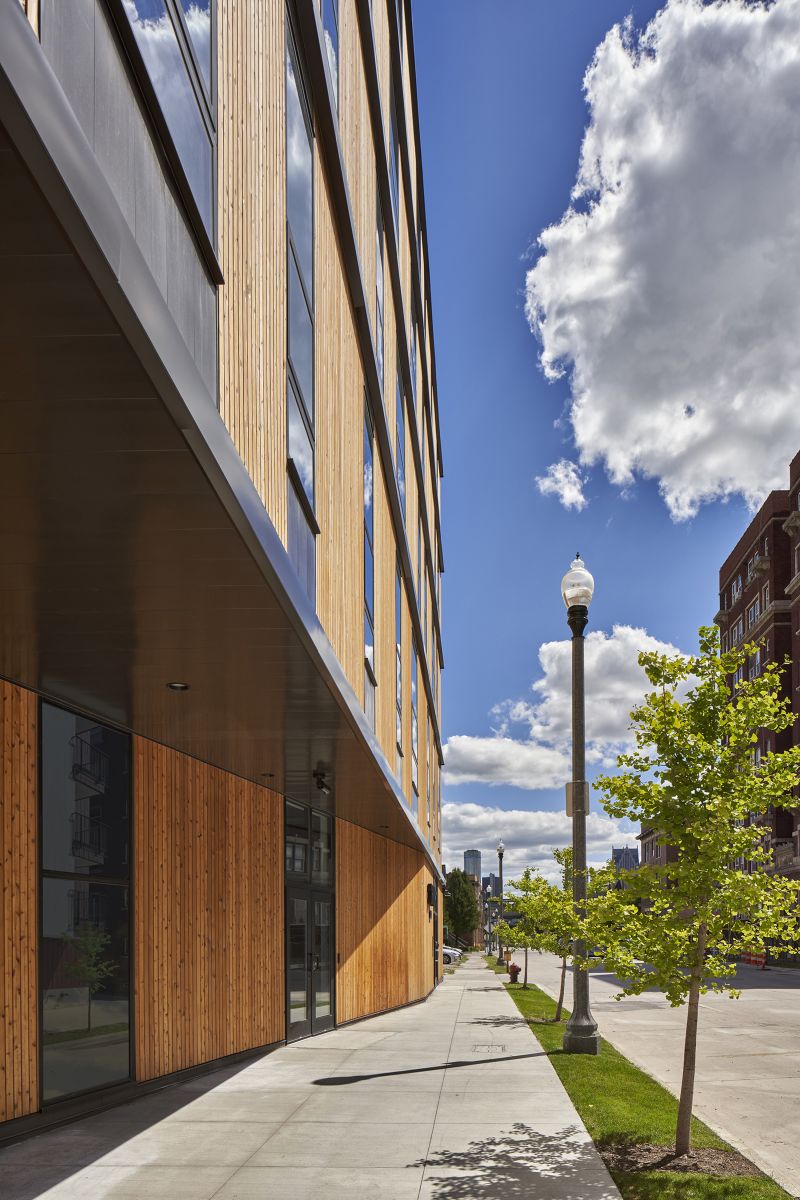 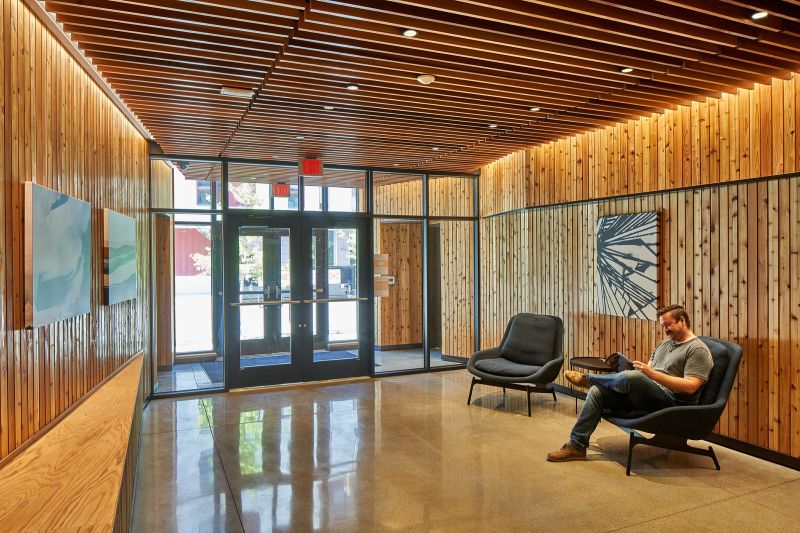 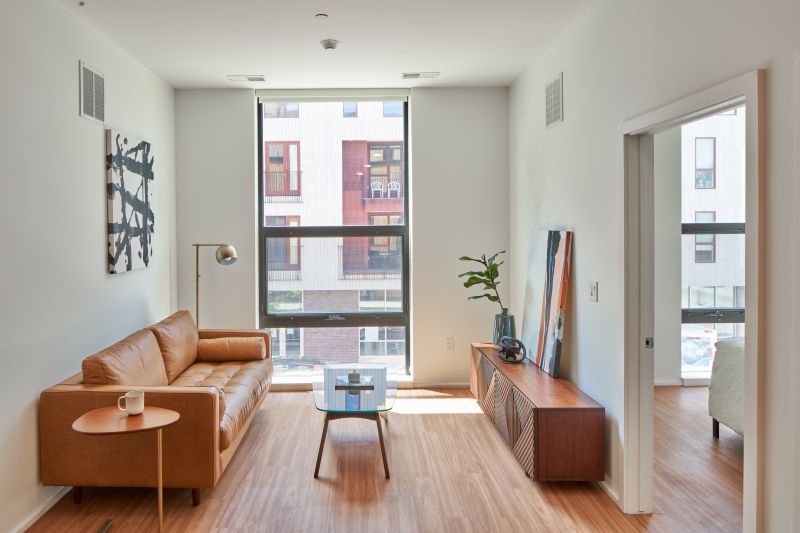 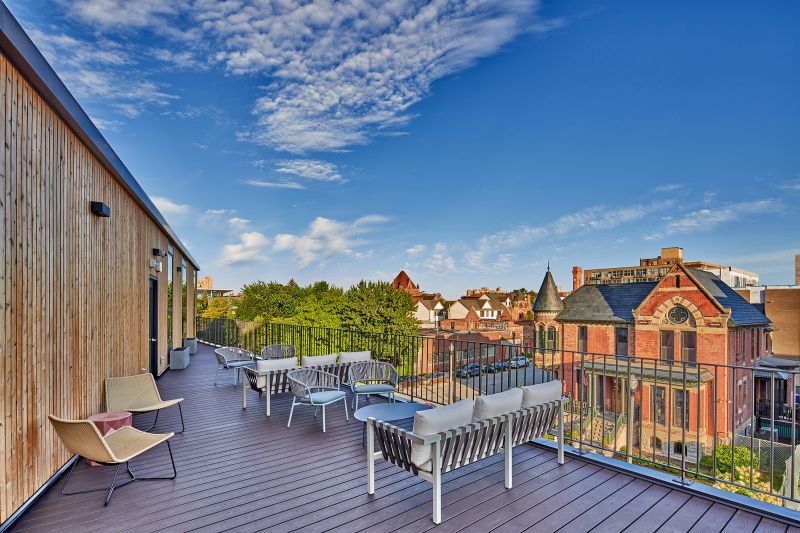 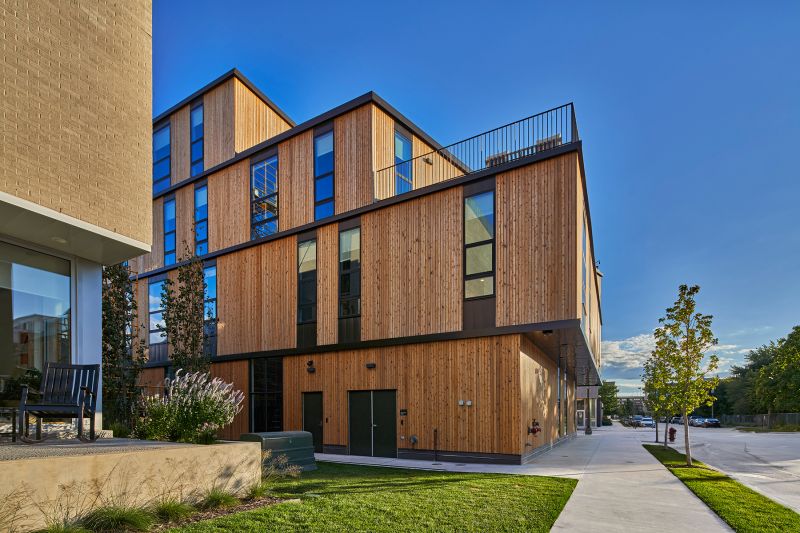 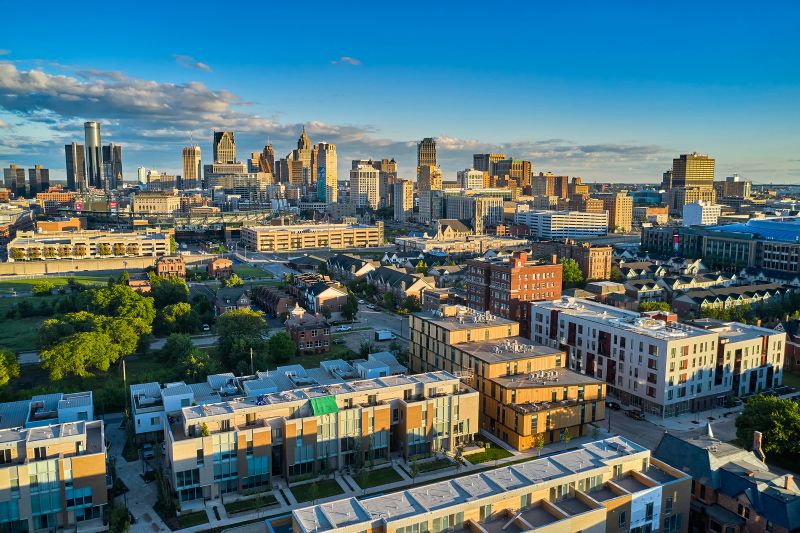 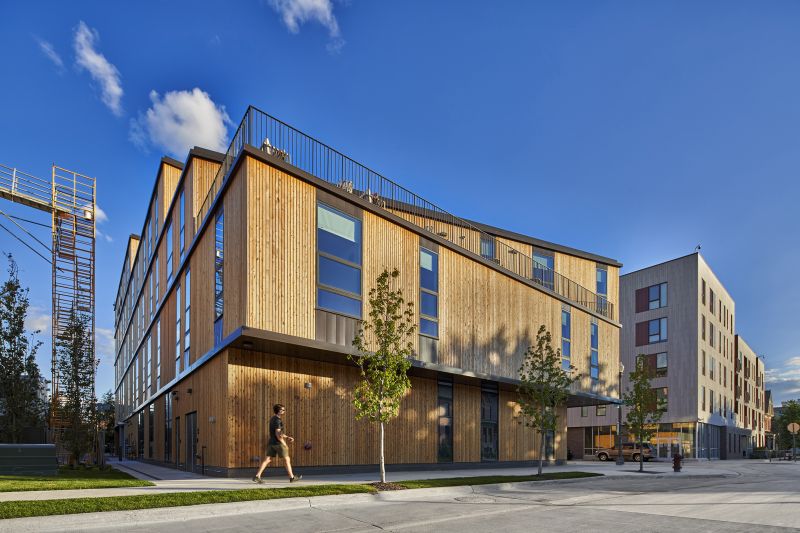 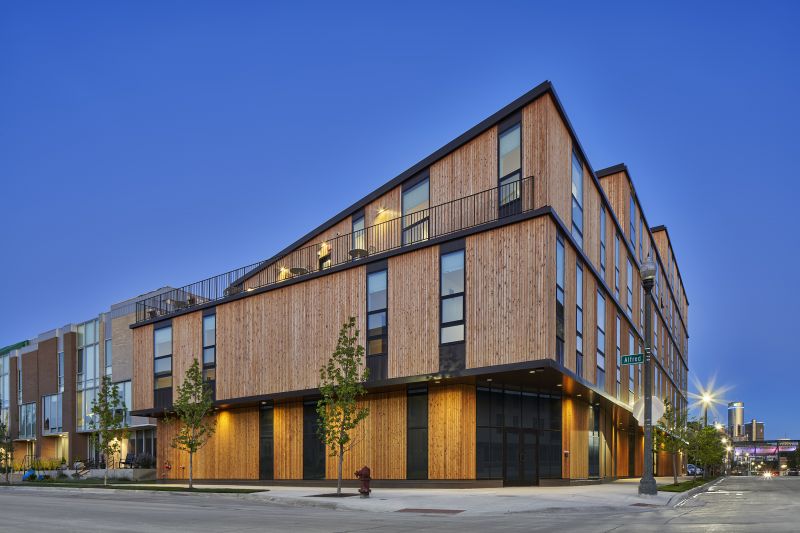 John R 2660 is a 35-unit mix-use housing project in the heart of one of the first large-scale housing developments in Detroit in over 65 years, since Mies van der Rohe’s Lafayette Park. The project is one of four anchor buildings that form a quartet that adds density while valuing the city’s architectural past. John R 2660 stitches into the existing street fabric and serves as a bridge between downtown and midtown, and bringing much-needed housing to the city. The building ranges from 3 to 6 stories, referencing the variety of different types of buildings in nearby downtown.