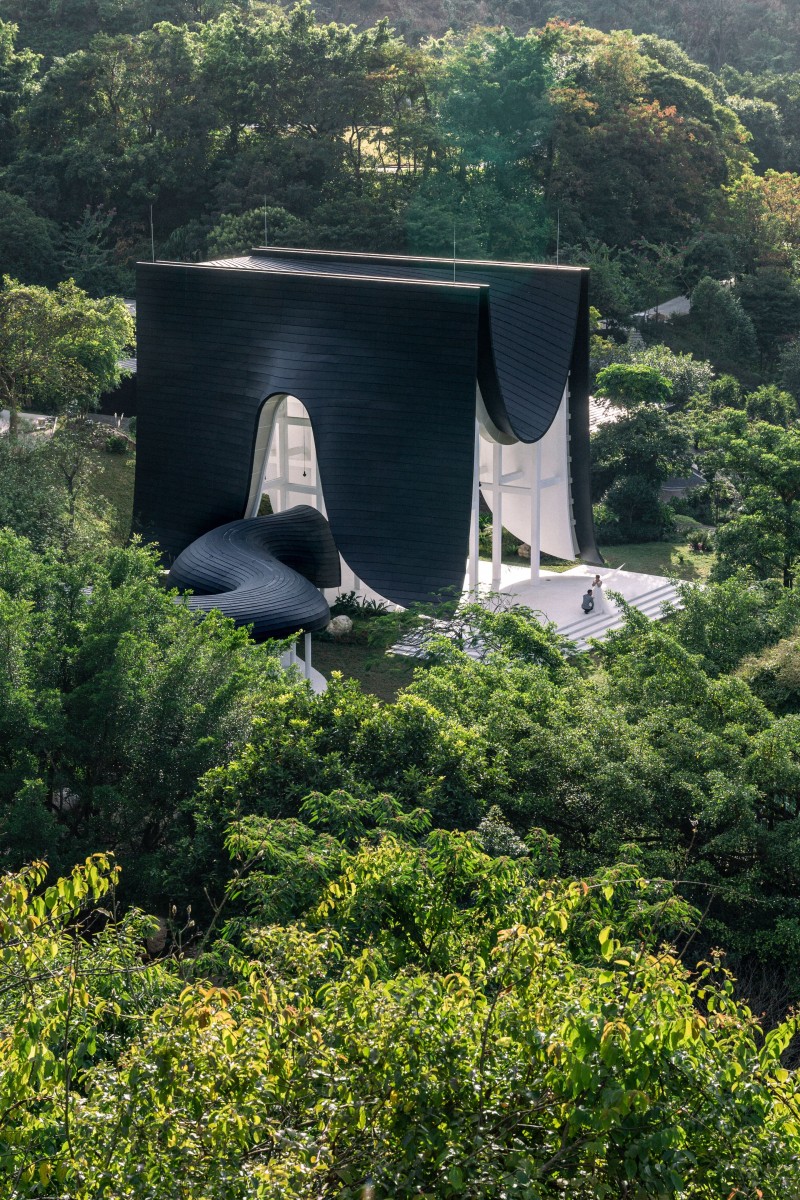 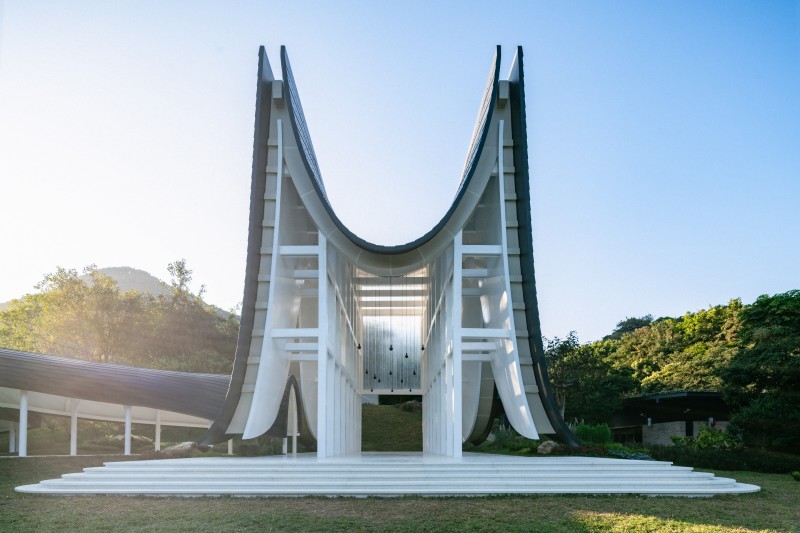 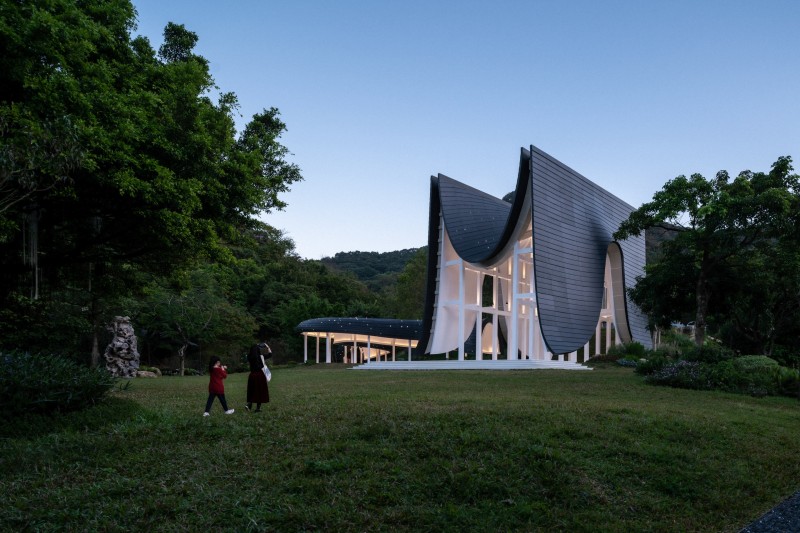 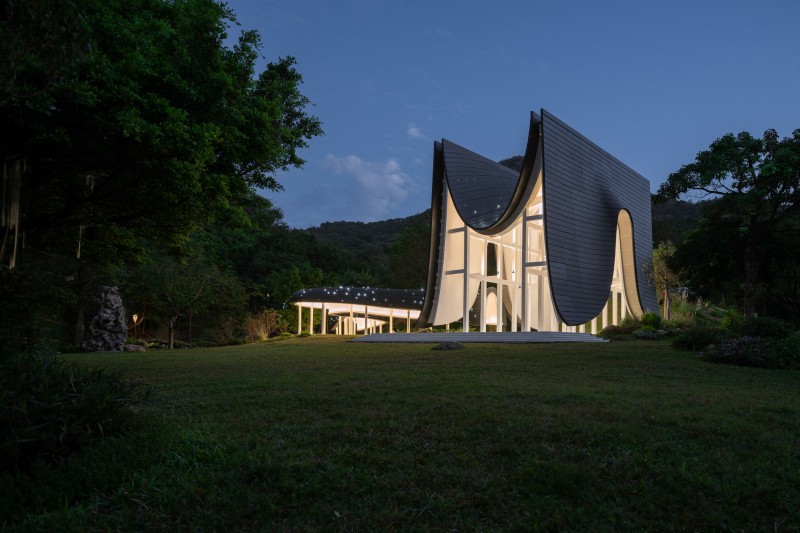 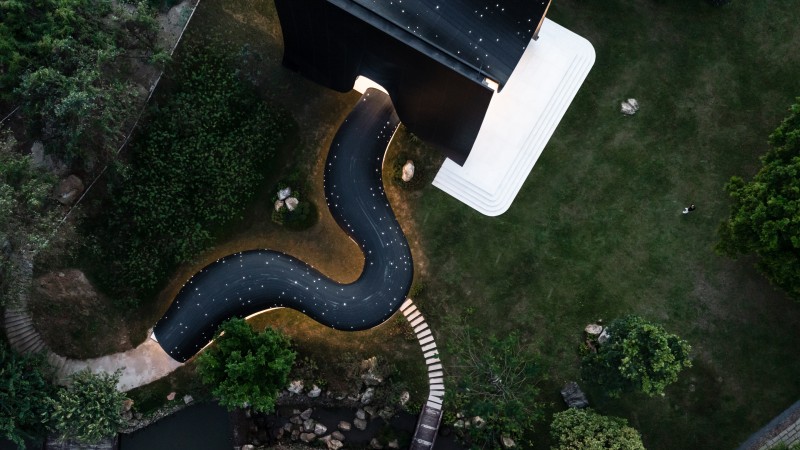 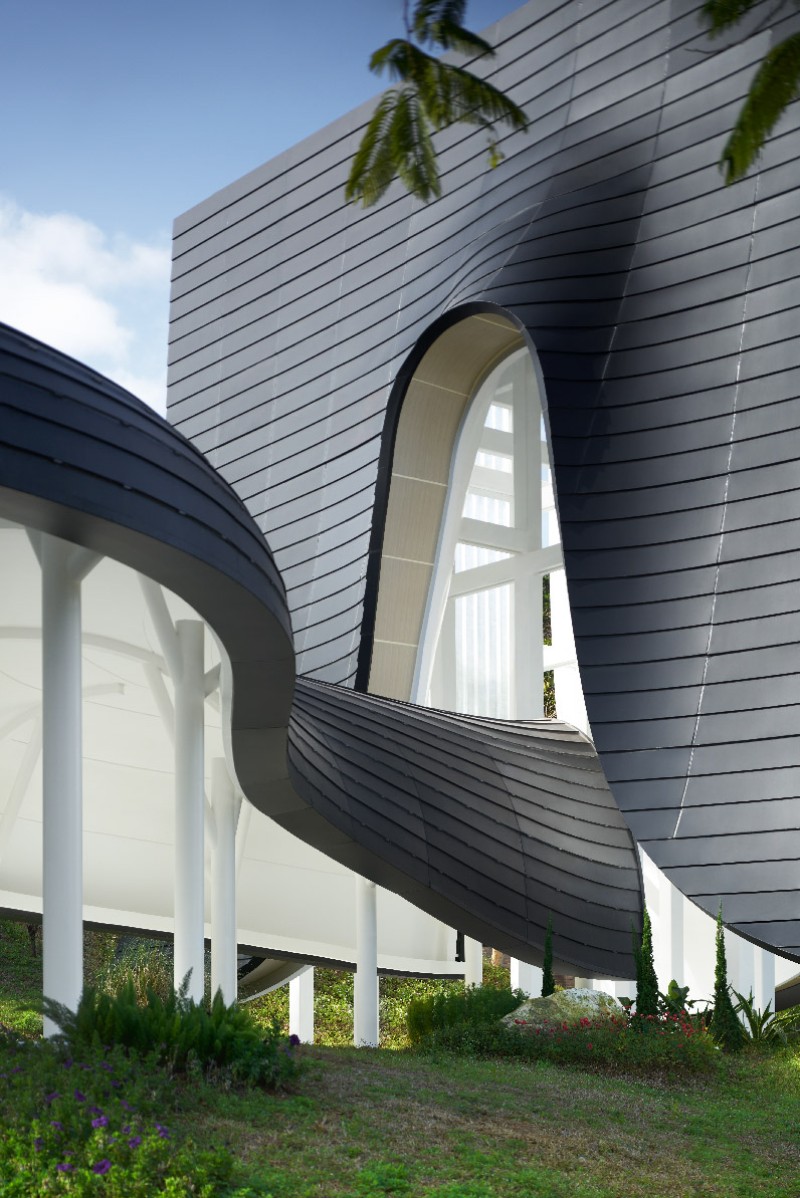 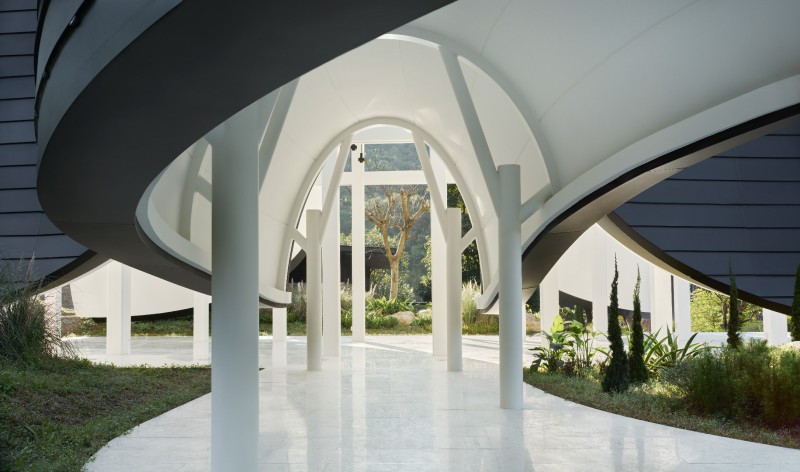 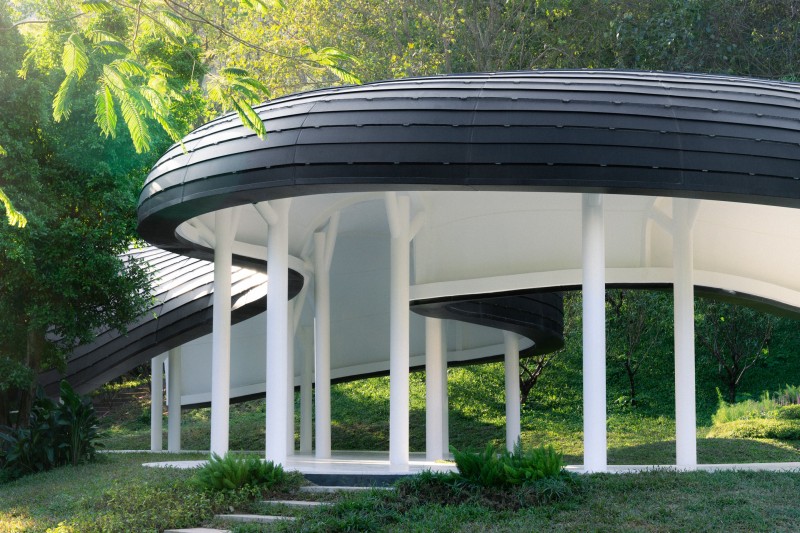 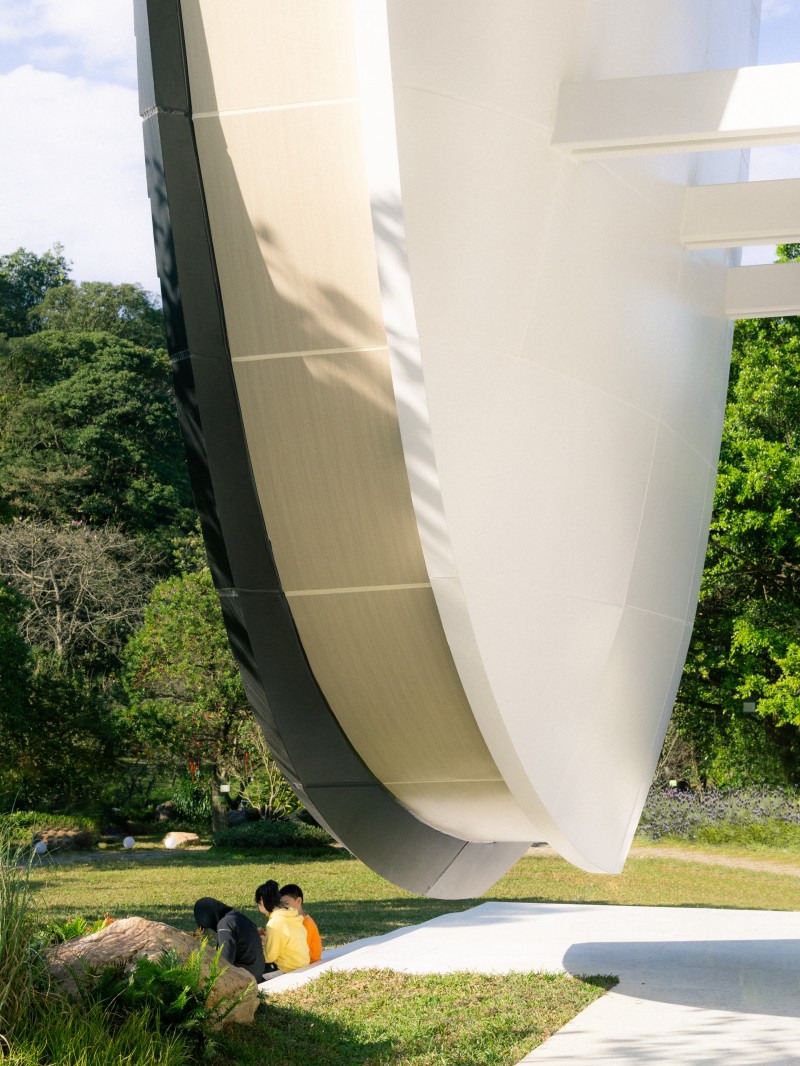 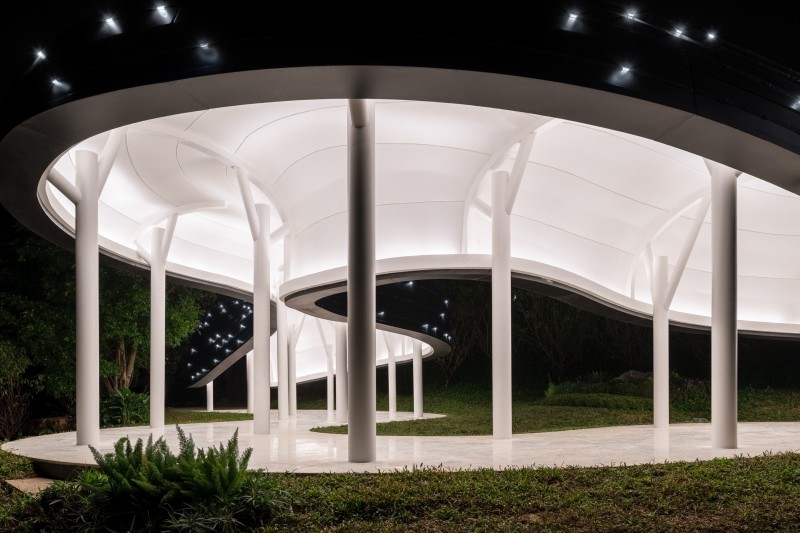 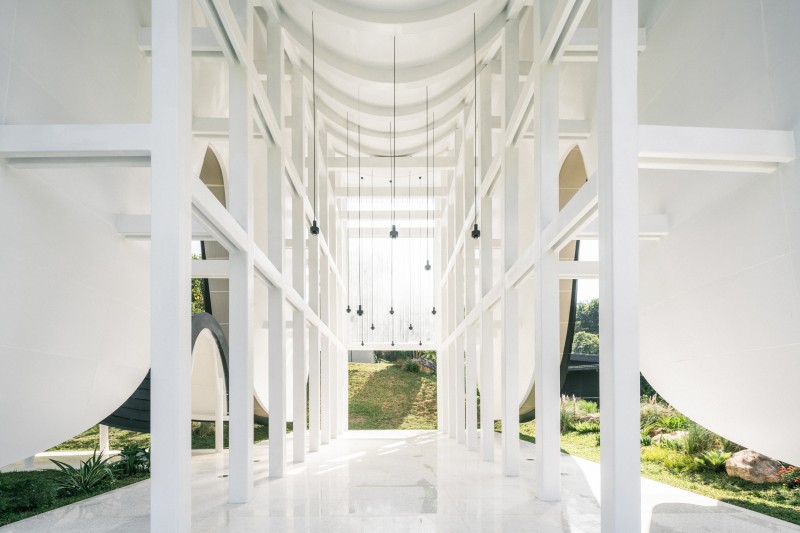 Levitated Curtain is a space for wedding ceremonies and related activities. Facing north, the morphology of Levitated Curtain is a simple abstract from the traditional Wok Room of Lingnan Area of China. Higher in the middle and lower in two ends, the wok wall was designed to prevent fire from spreading between houses while supporting the roof as the main structure in traditional architecture.we took the curve of the wok wall, making the initially blocked space void. The wok wall then becomes a wok tunnel, introducing exterior landscape into interior space.