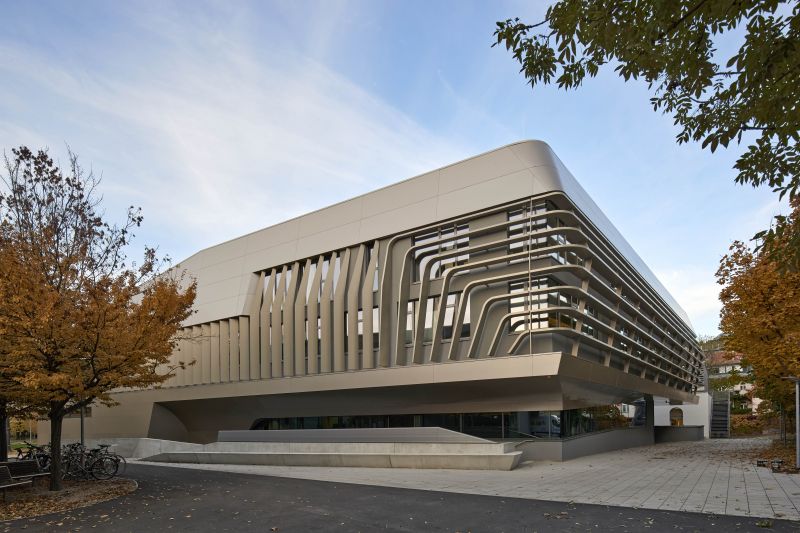 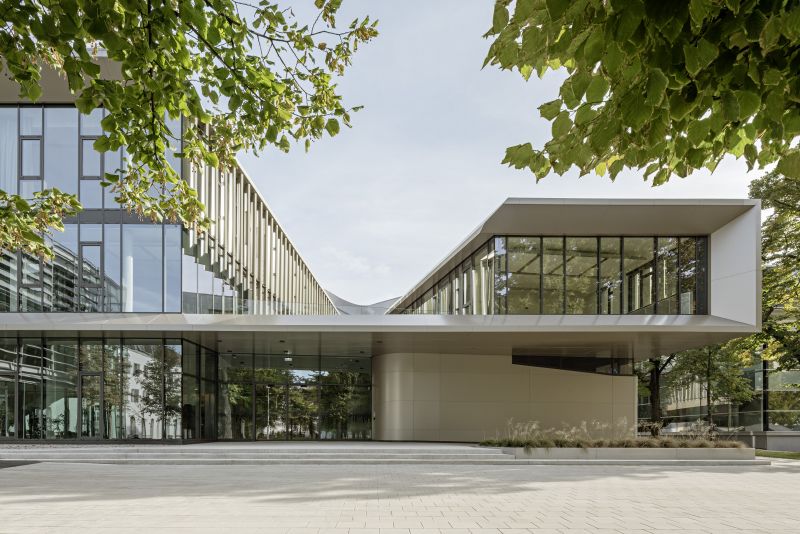 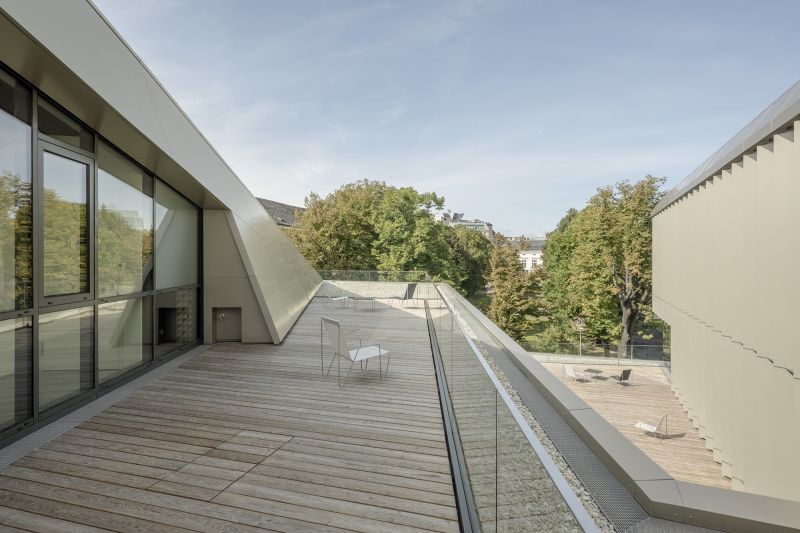 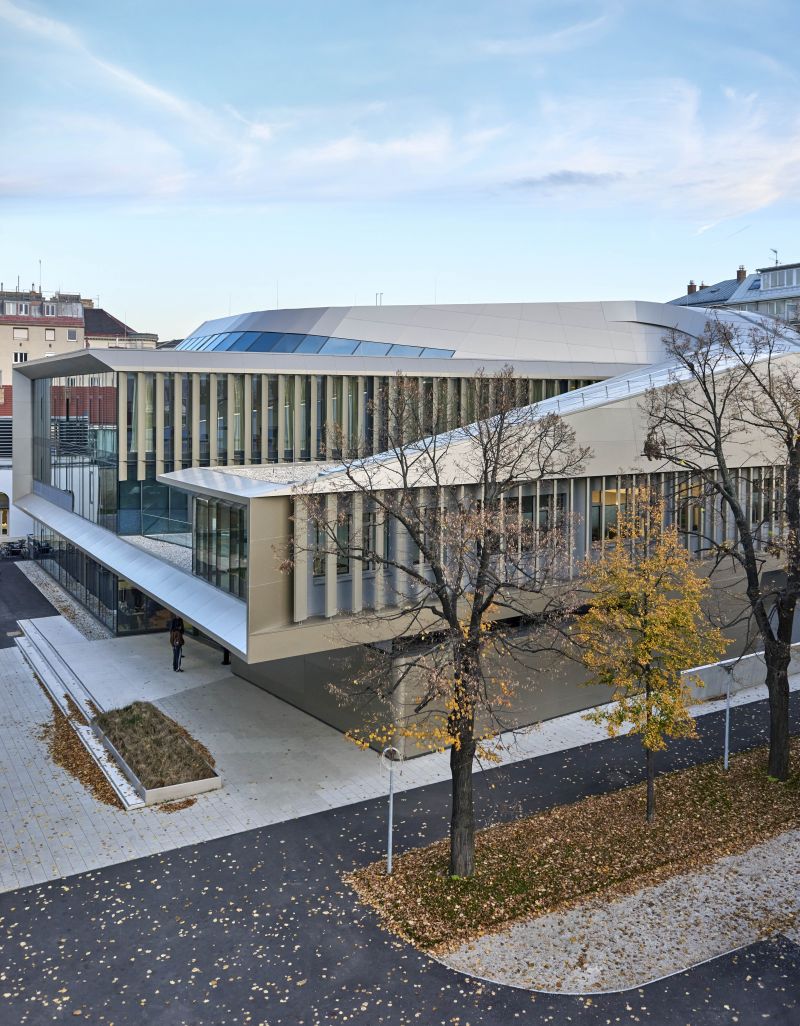 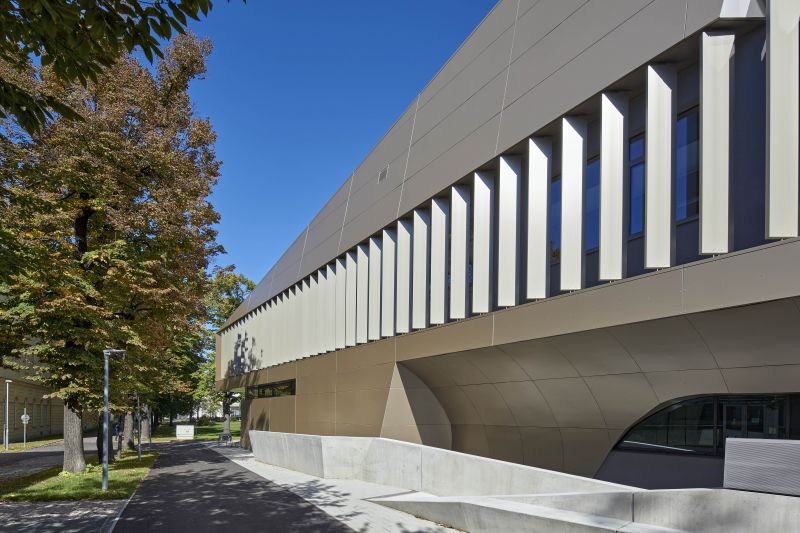 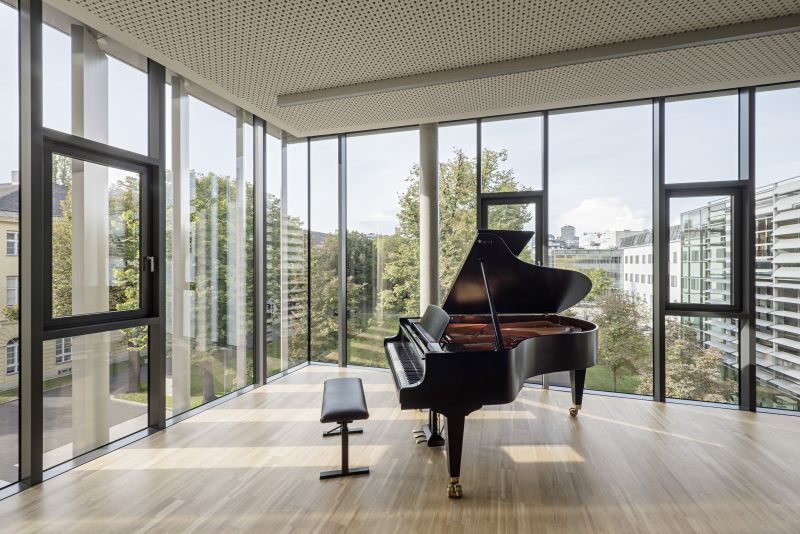 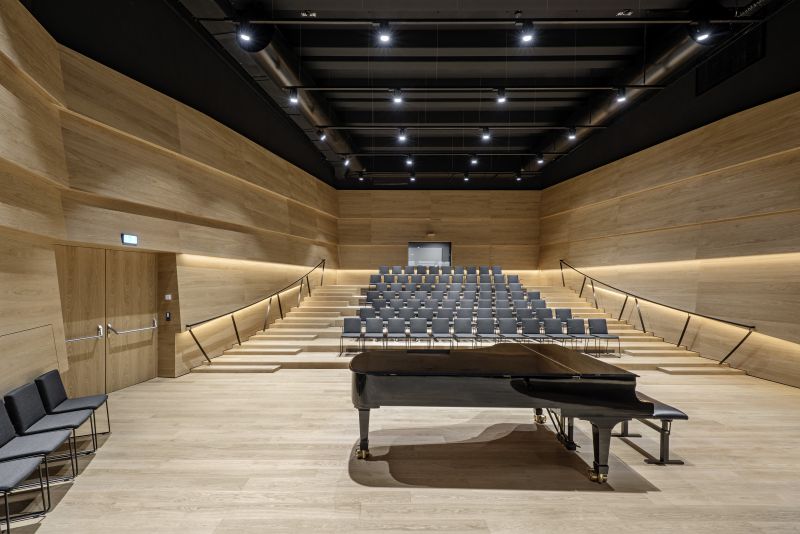 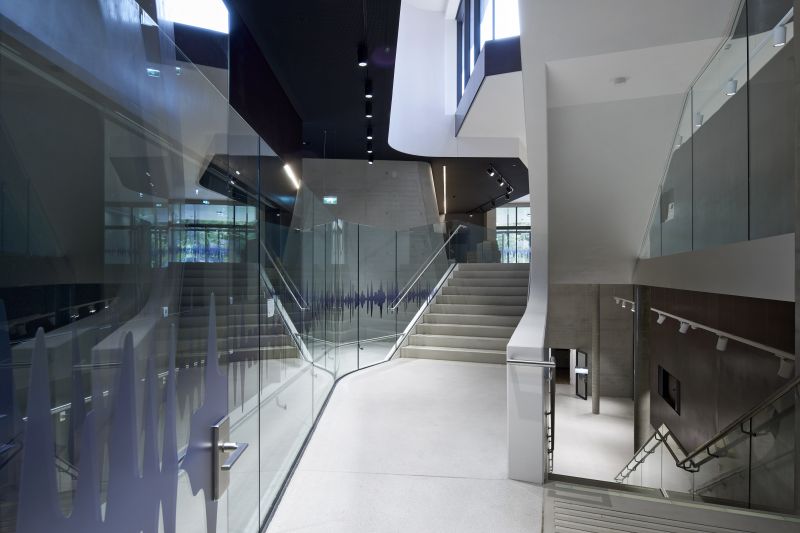 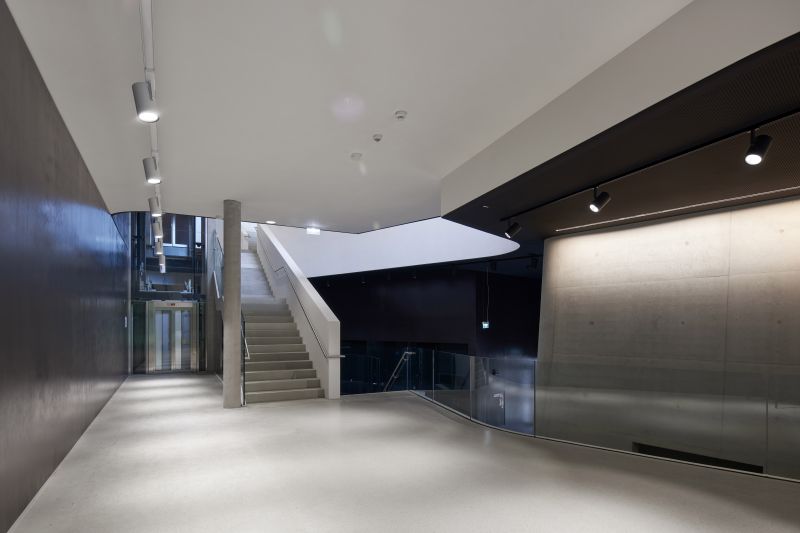 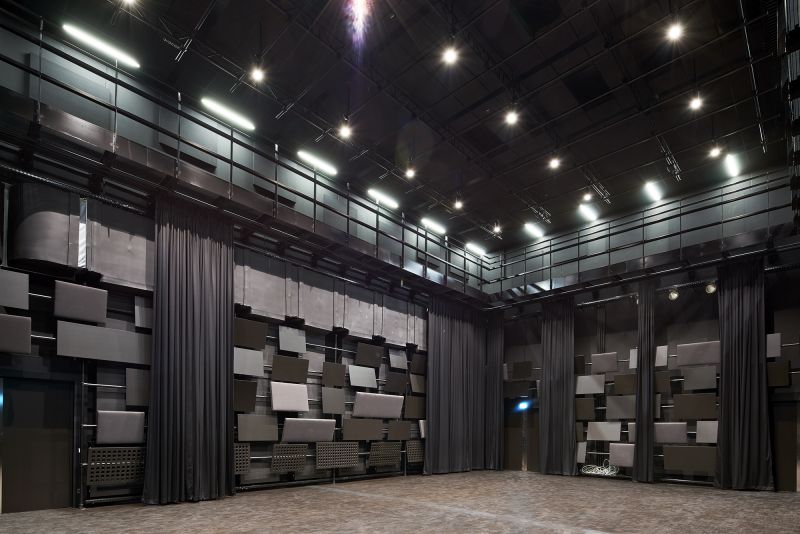 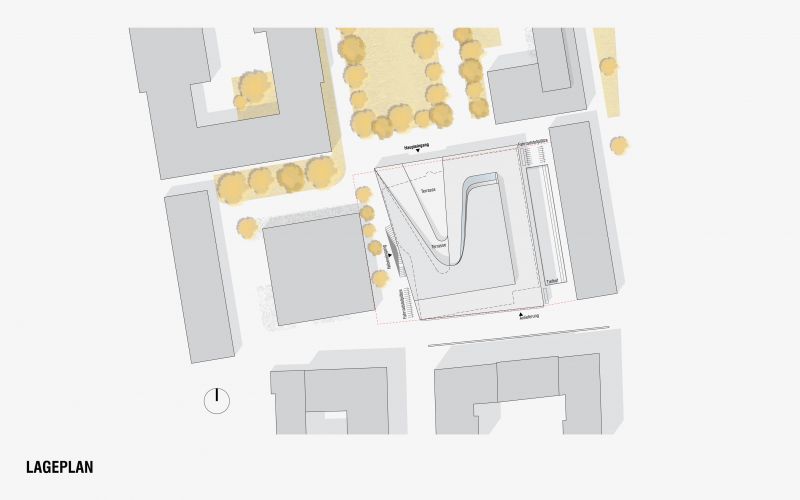 The new building for the Future Art Lab will complete the development of this special campus, which is reminiscent of Anglo-American models and is unique for Vienna. On account of this, and due also to it location at a prominent position, this building has a special importance, which makes it possible to especially accentuate the canon of the buildings on the campus at this point. This free-standing, embedded building which can very much be understood as an apparatus, accommodates the apartments of electro acoustics, composing, film and television and those for keyboard instruments.