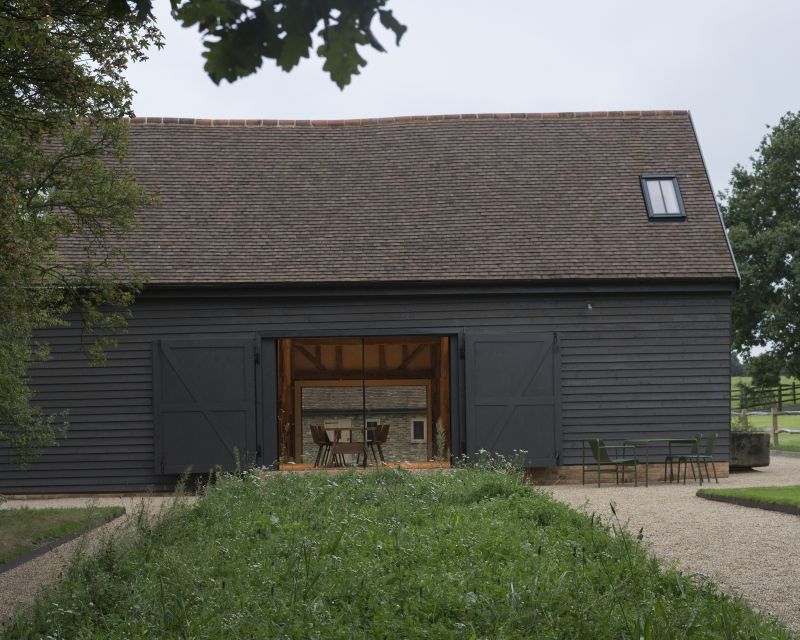 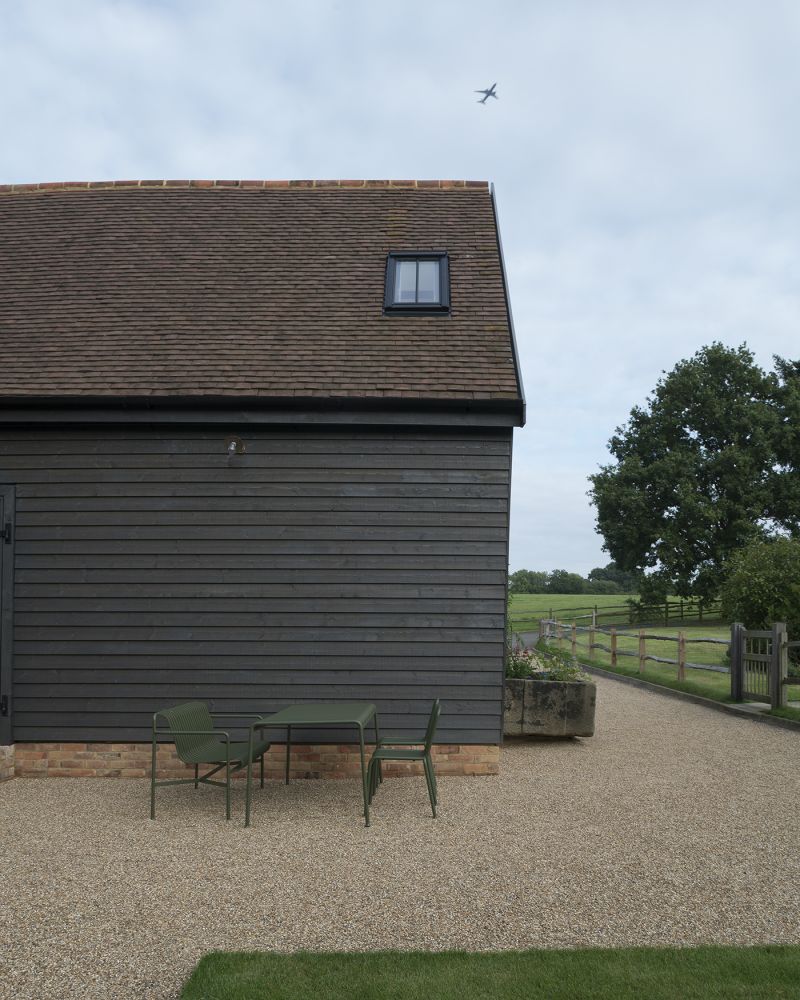 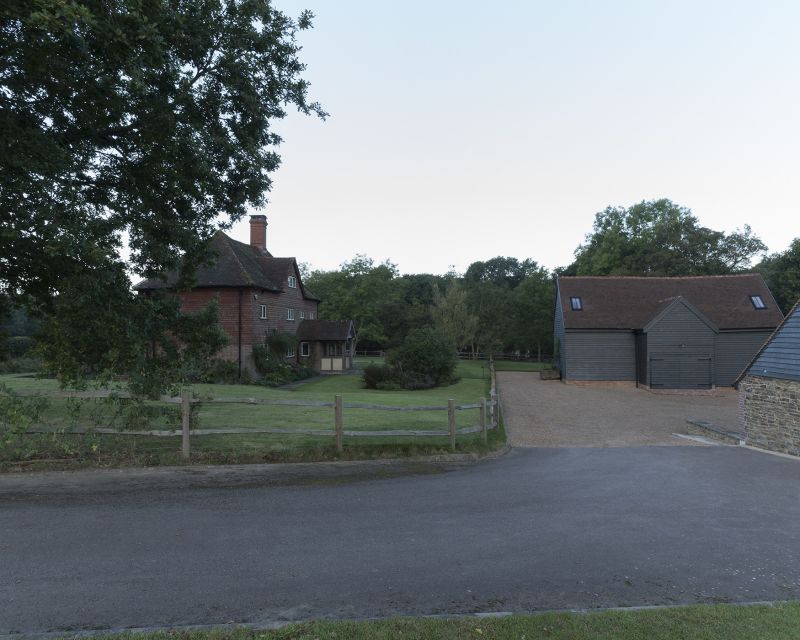 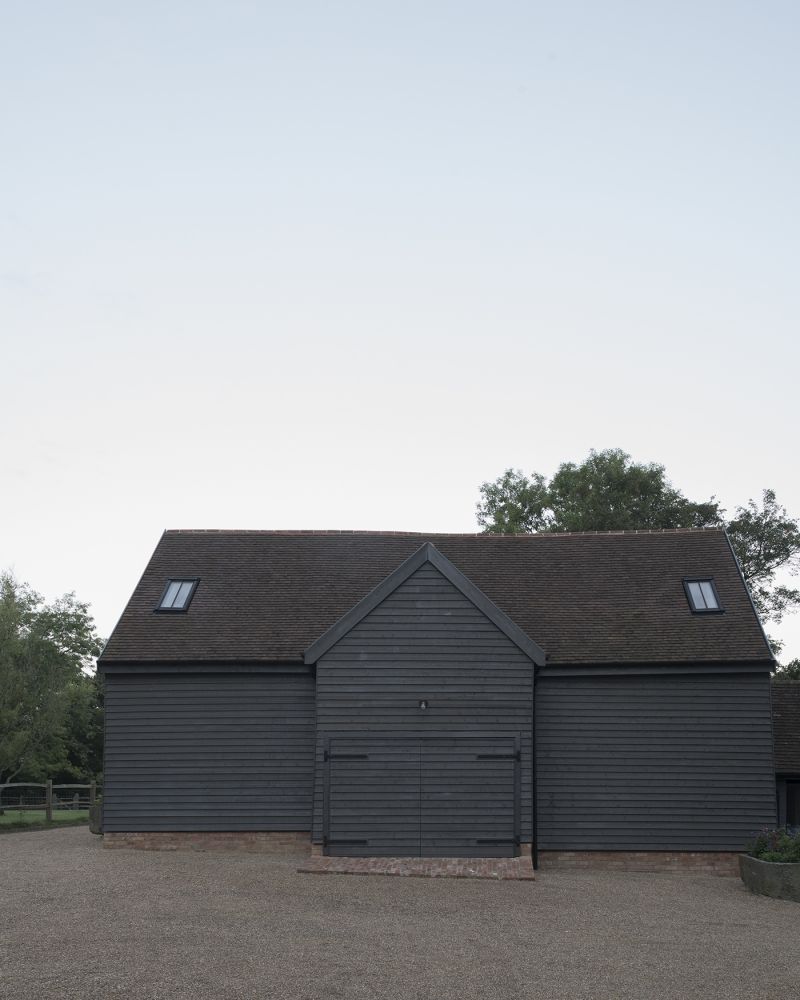 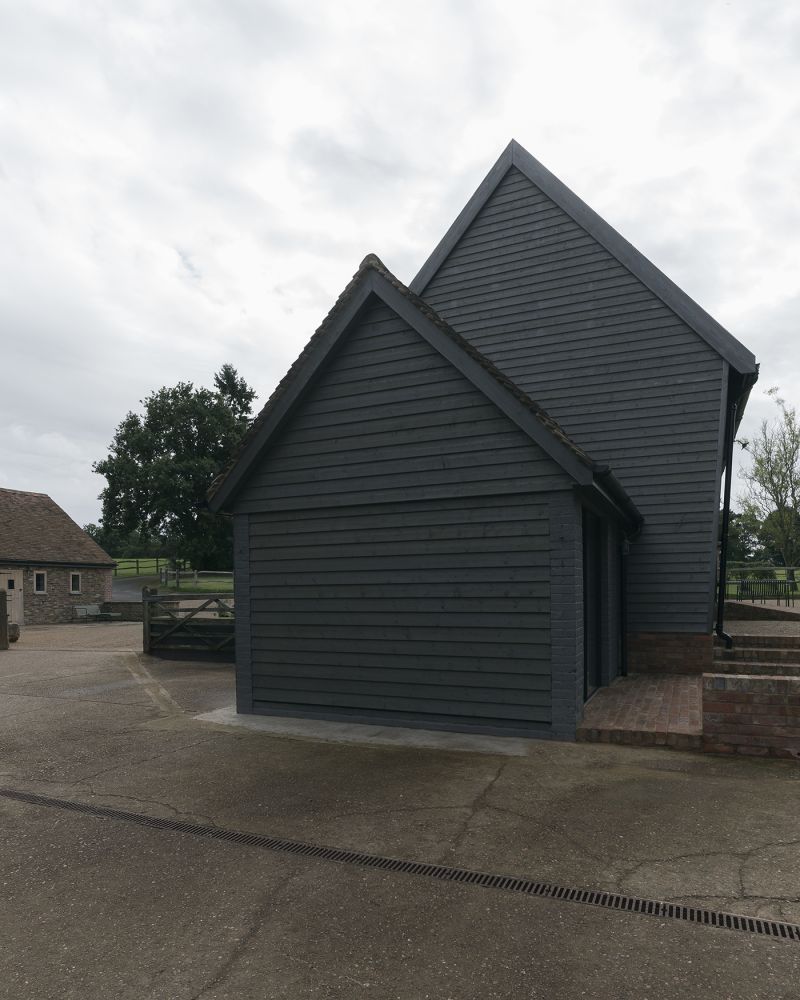 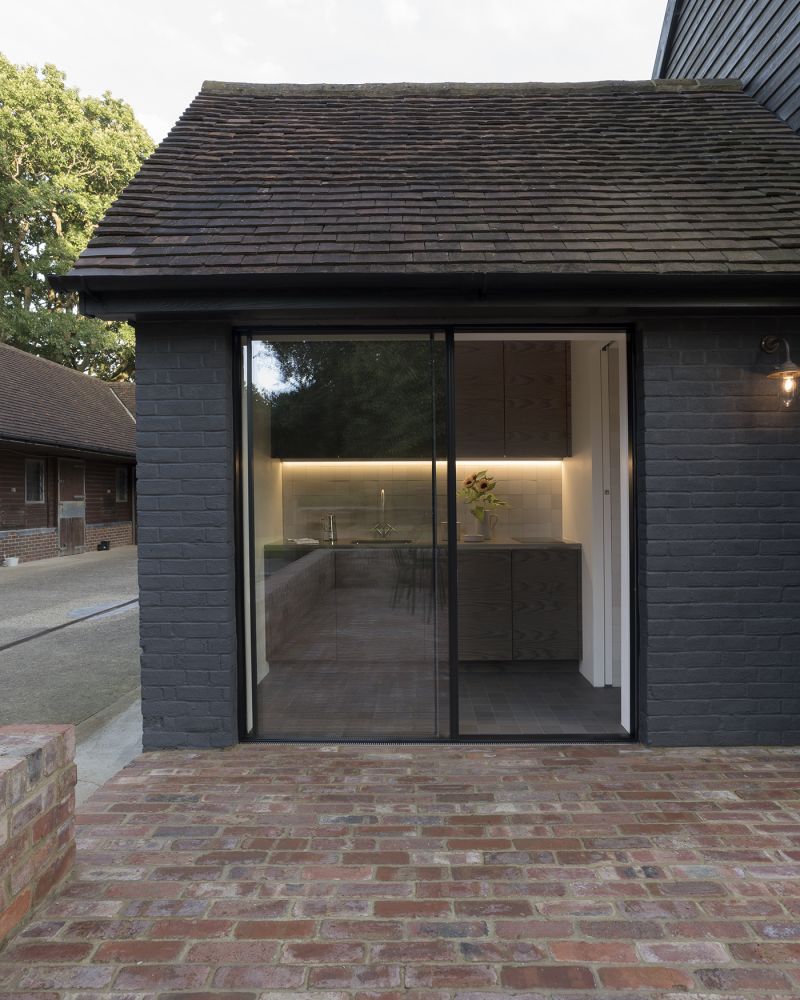 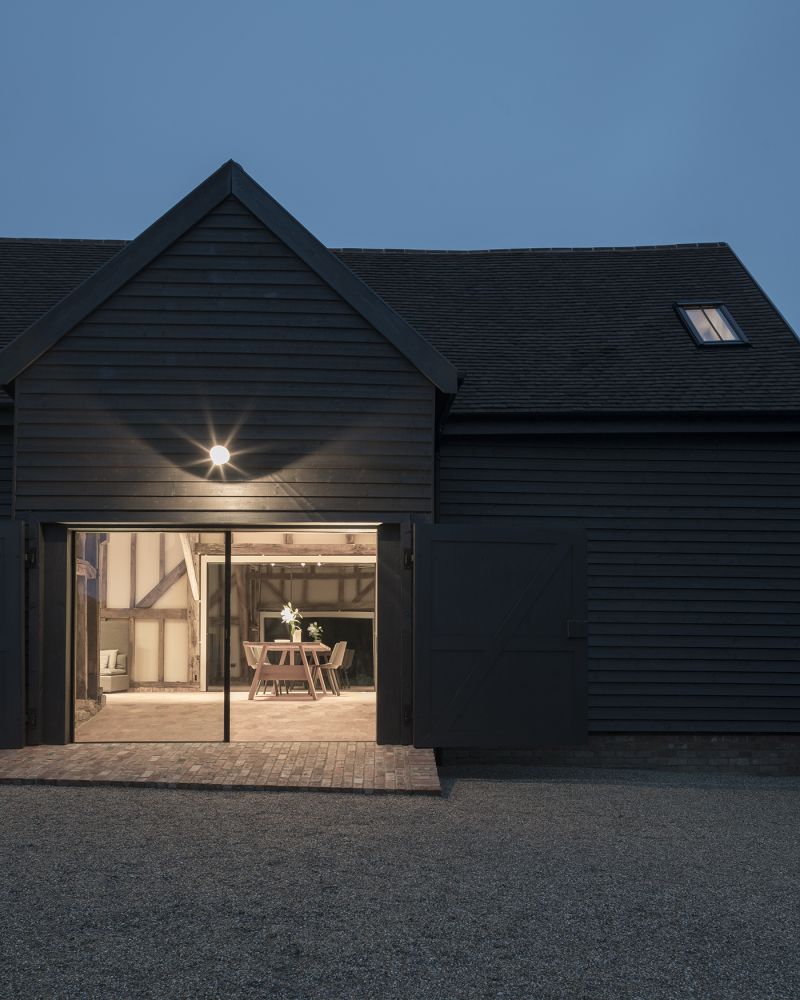 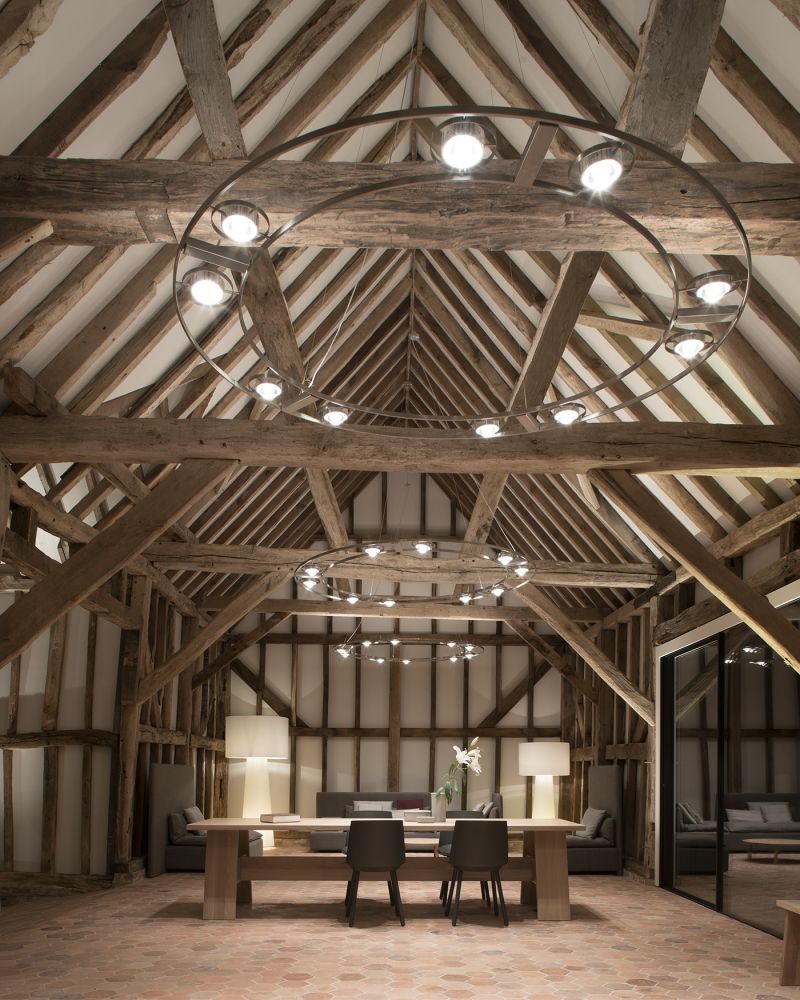 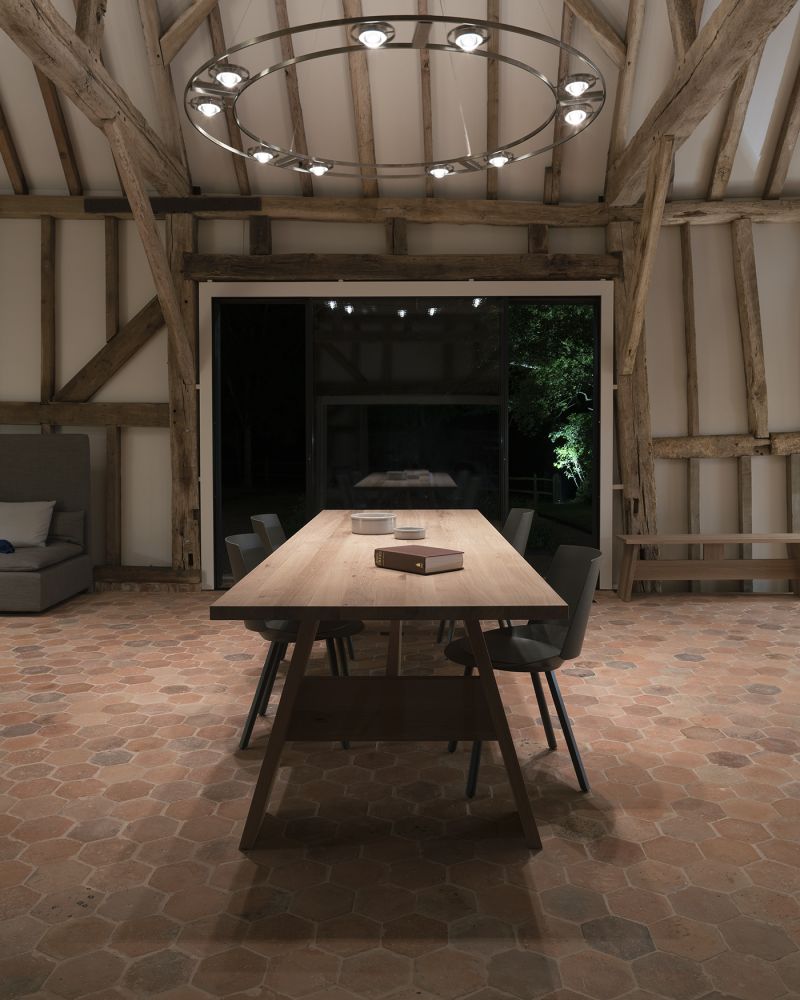 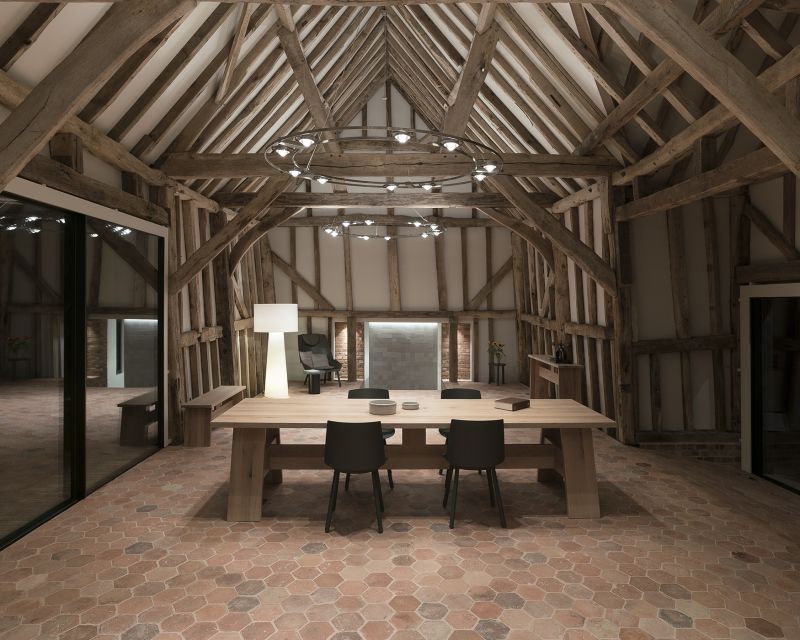 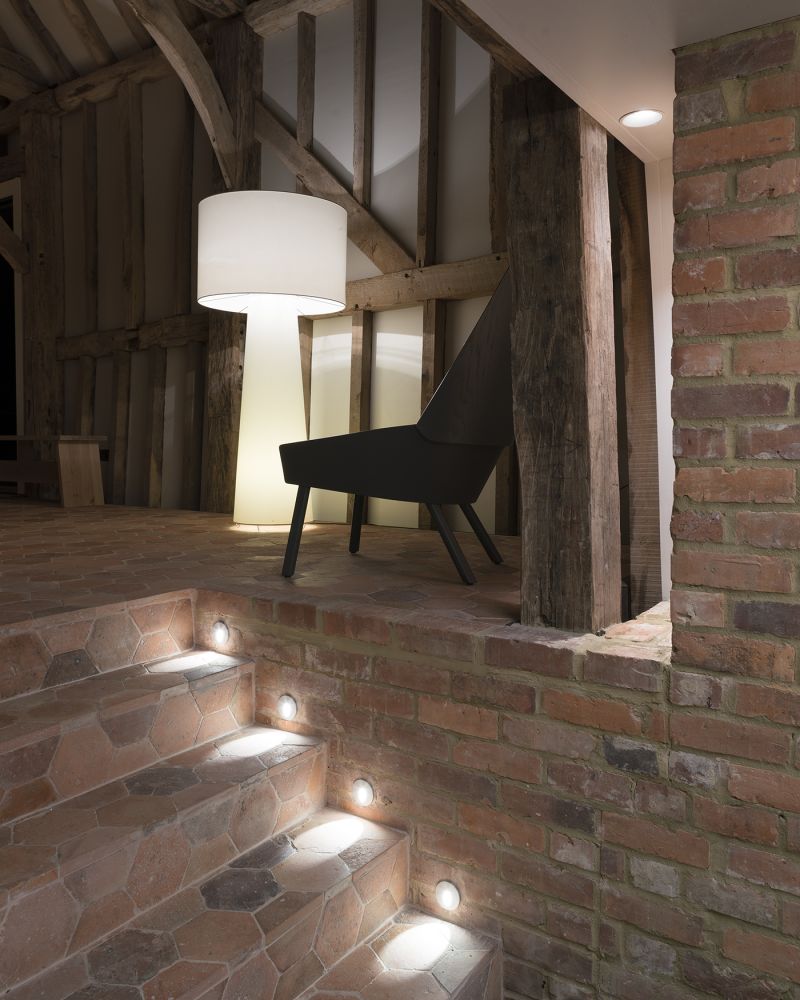 The old barn belong to Chapel House Farm, a former vicarage from the 16th century. With the conversion, the two separate buildings were joined together, thus creating an open, spacious interior, where the character of the barn is a charming presence in the restored half-timbered structure. The floor of hexagonal terracotta tiles and the new lighting also add to the inviting atmosphere. Natural light comes in through the full-height windows in the door openings and through additional skylights. A stairway leads into the attached annex, which houses a small kitchen and a guest bathroom.