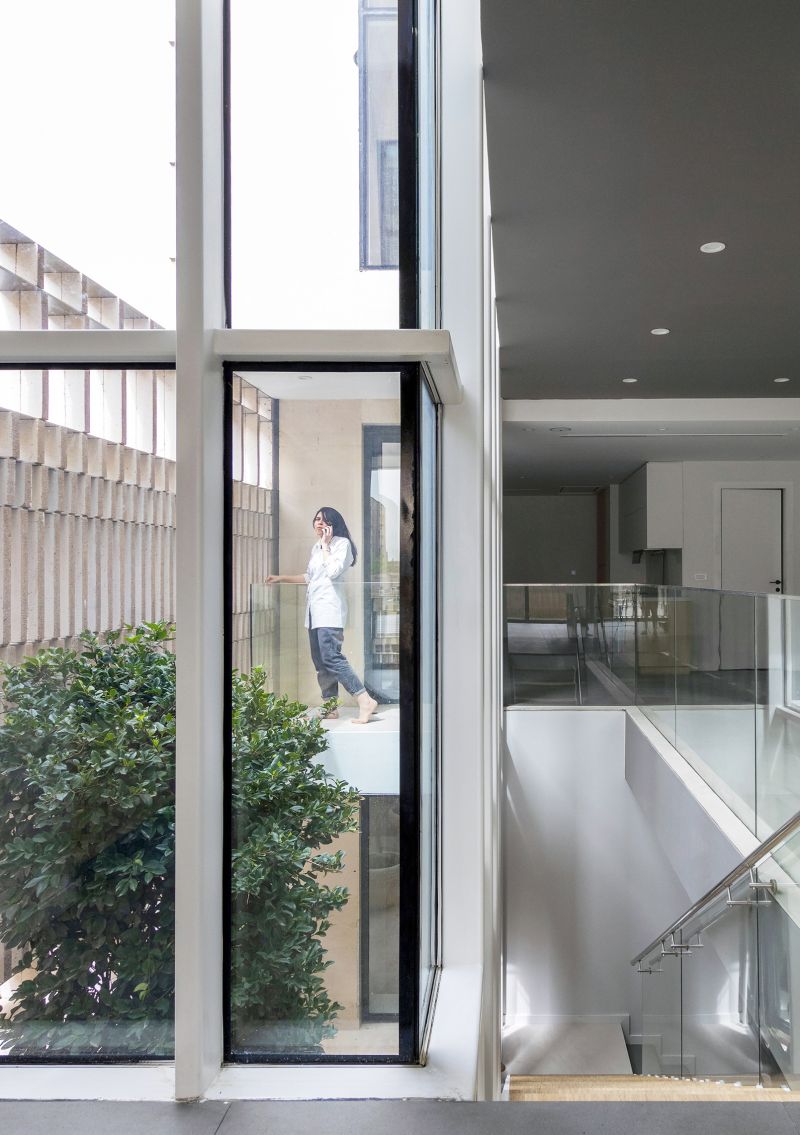 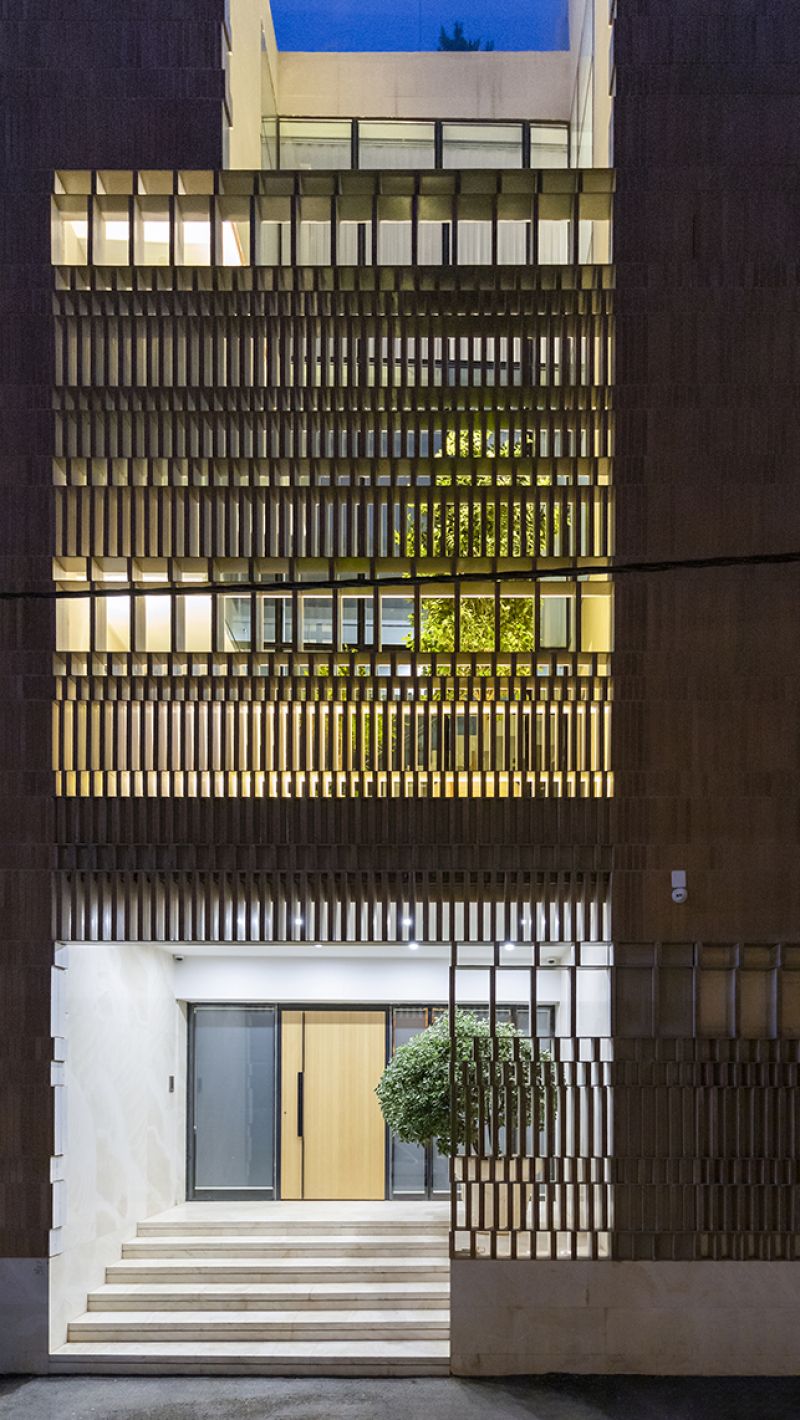 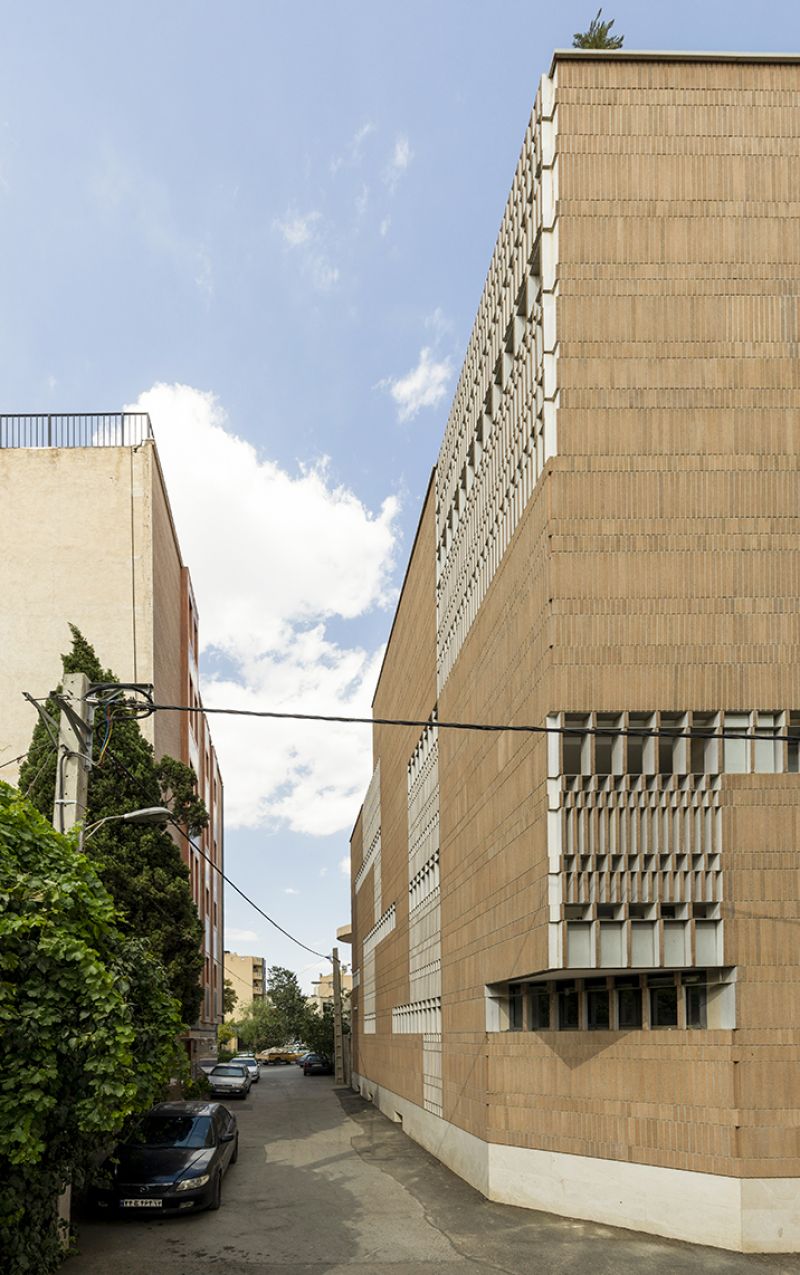 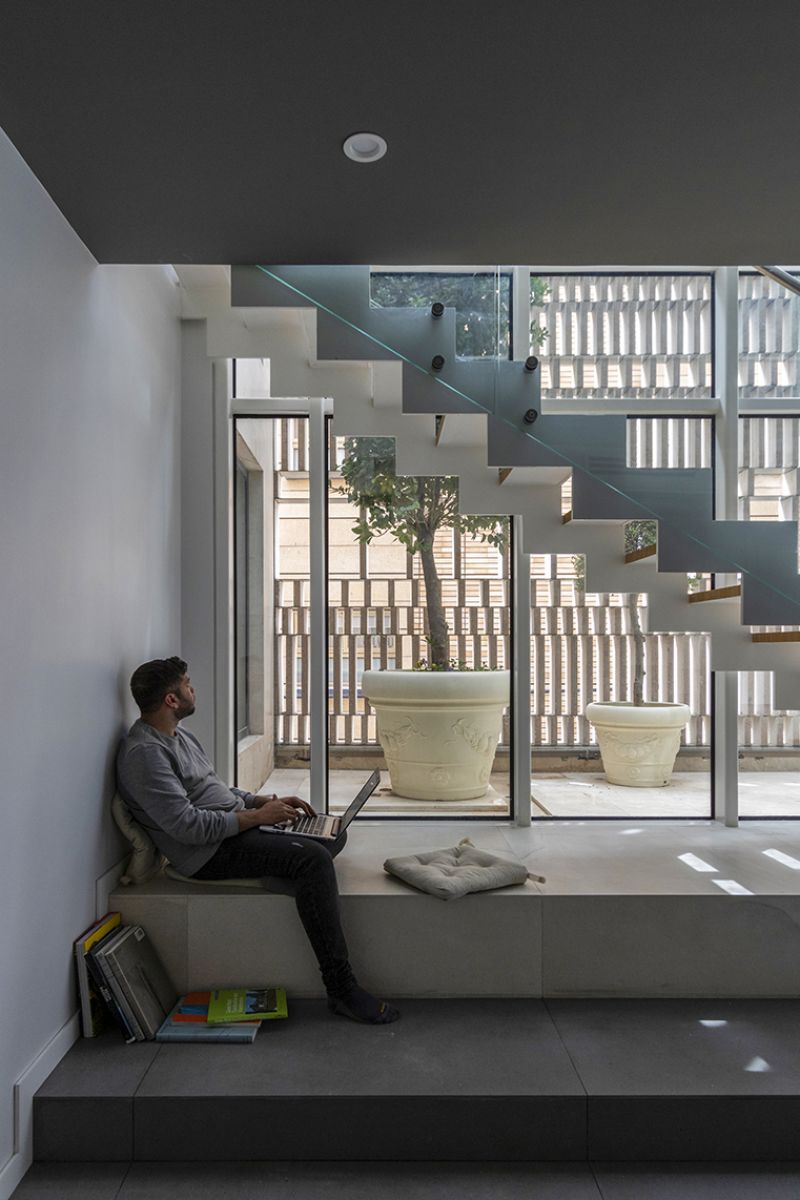 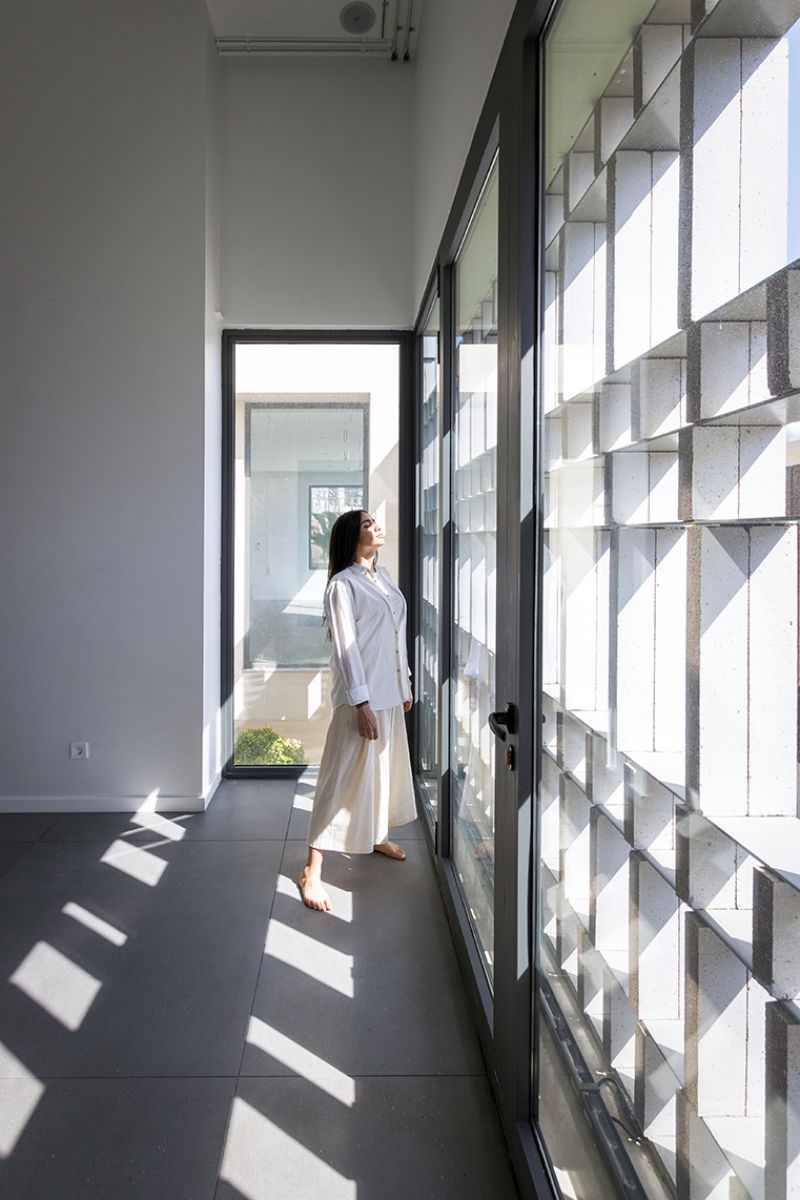 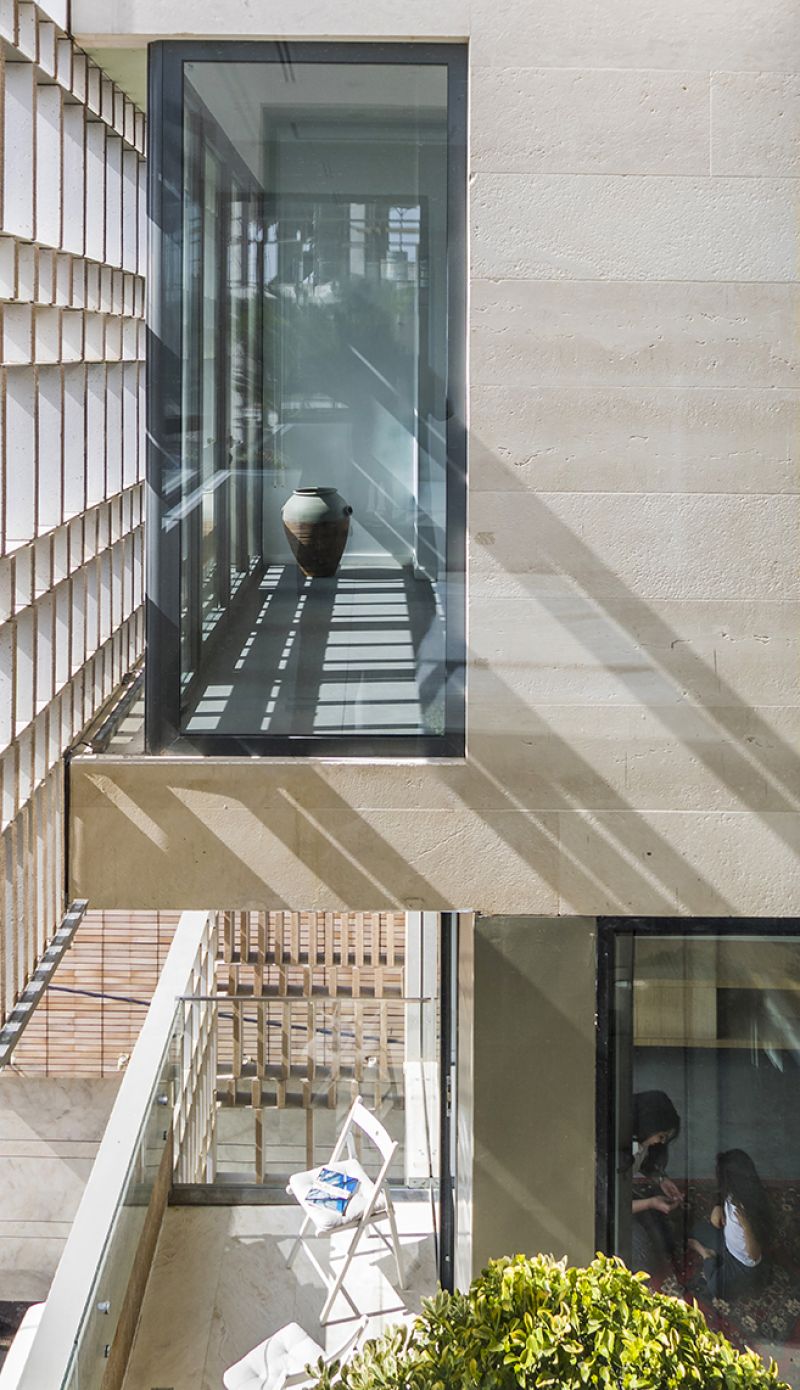 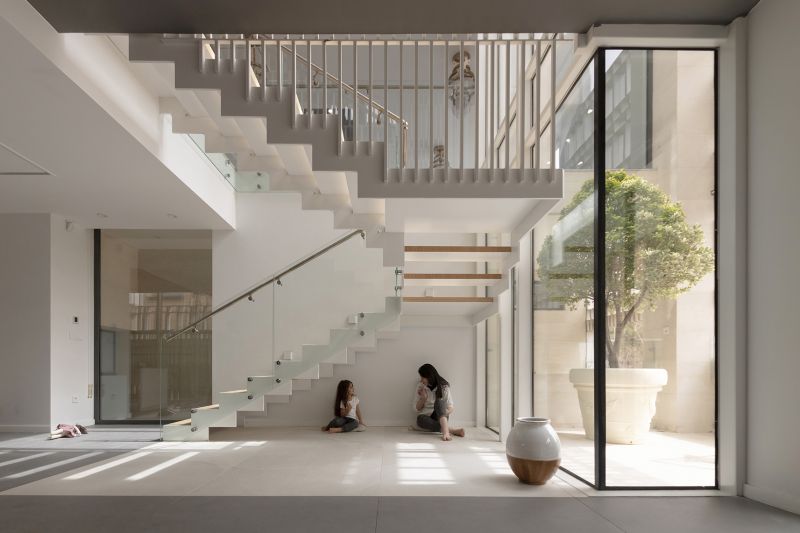 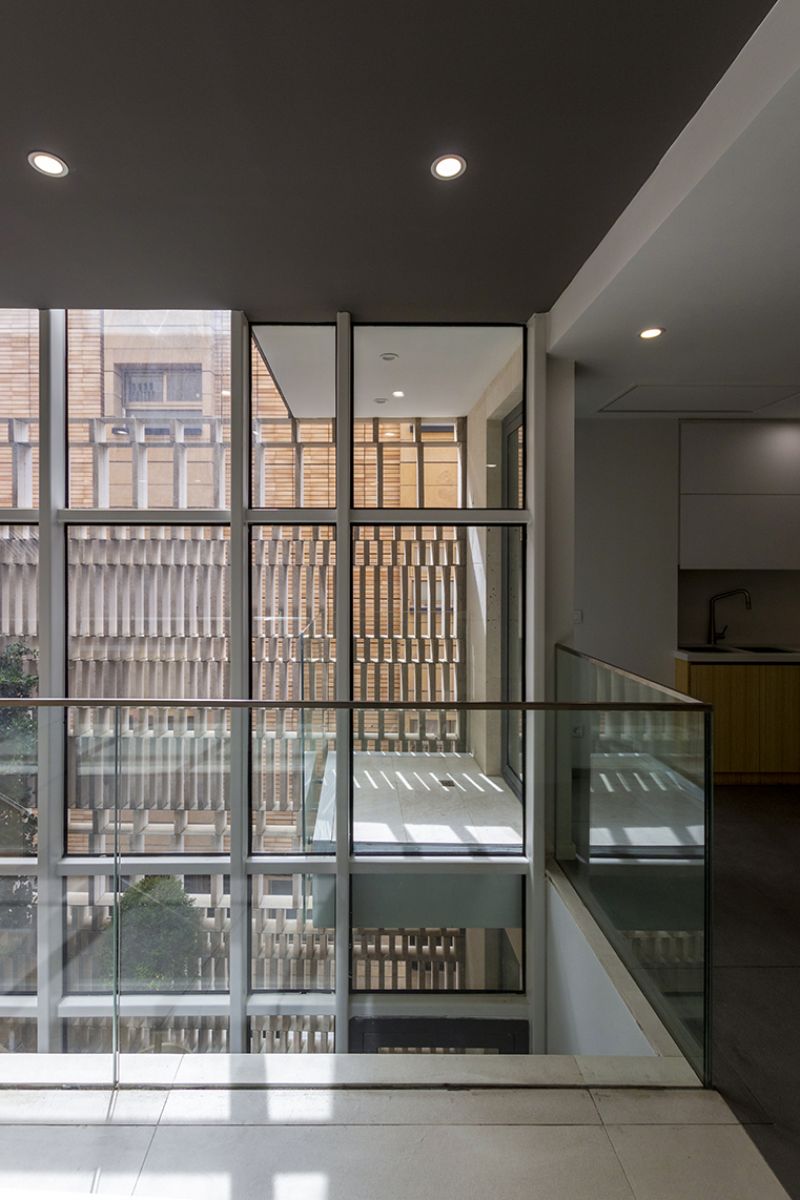 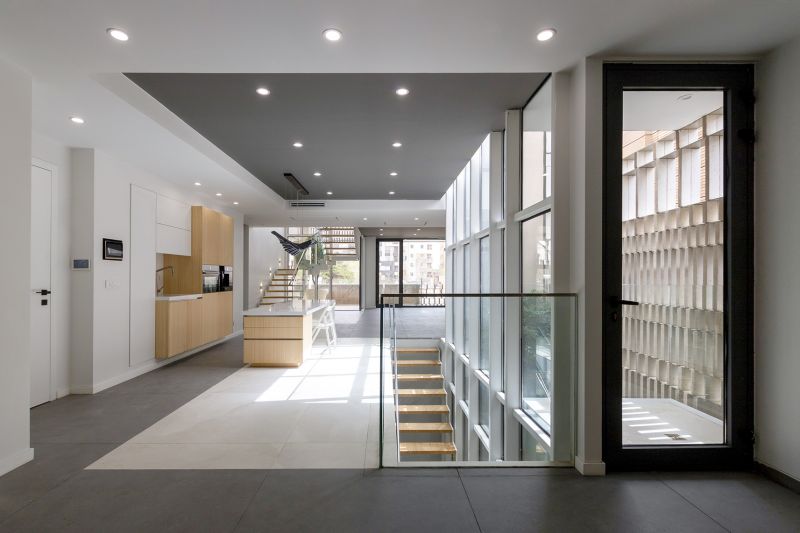 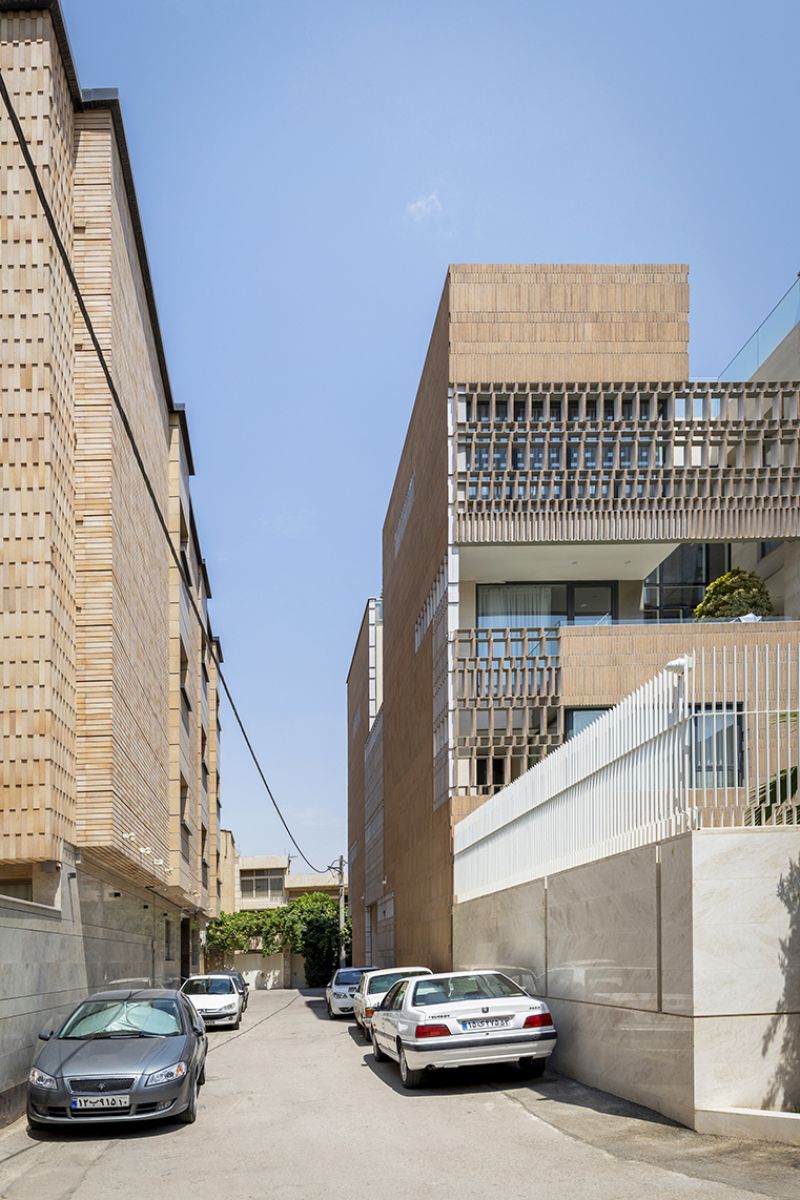 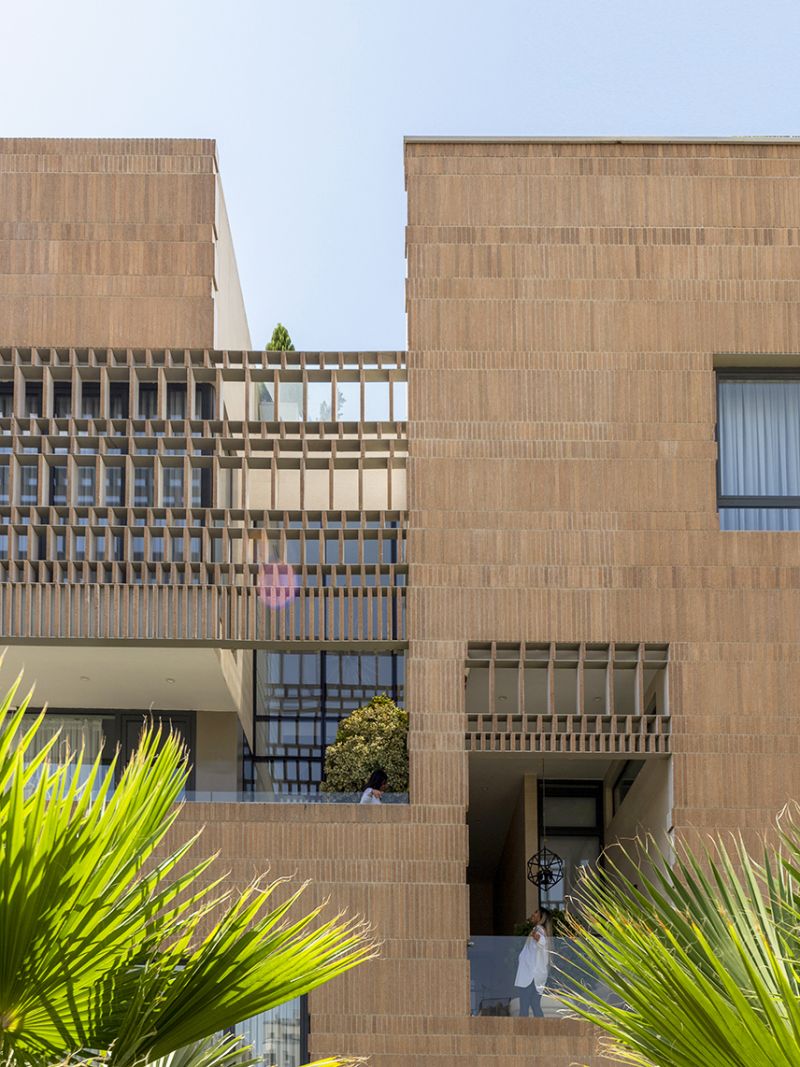 A house for two brothers

A house for two brothers Following the culture and mainly the rules such as Hijab and privacy, people have two life styles; inside and out of their houses. The project contains two houses each in 3 levels for two brothers and their families with an open neighborhood space connecting each units yards. We attempted to have this project introverted while having fluid transparent spaces benefiting from the most available sun light, which seems paradoxical. The brick facade has been ripped in front of yards in different levels to lead sunlight inside.