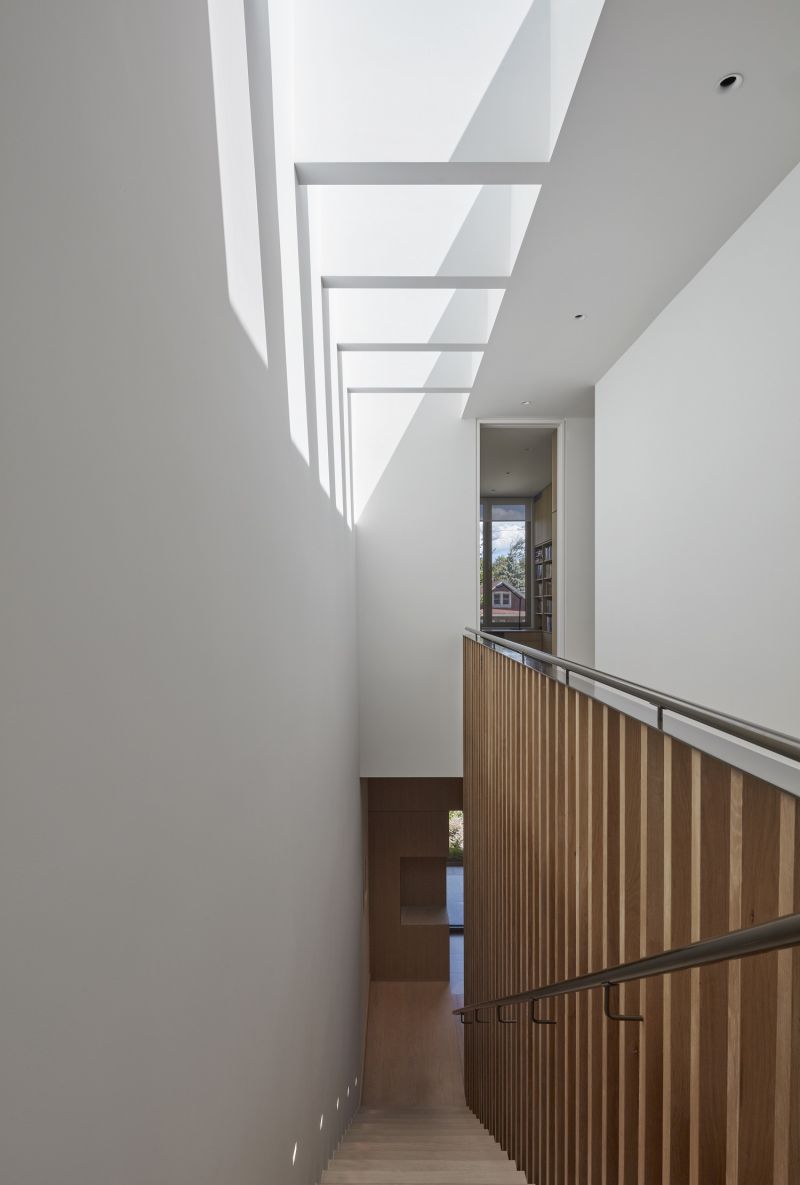 Skylights above the straight-run stair illuminate the depths of the home’s interior, casting compelling angular patterns of light and shadow that echo the rhythm and cadence of the screened balustrade and stair treads below. Photo by James Brittain. 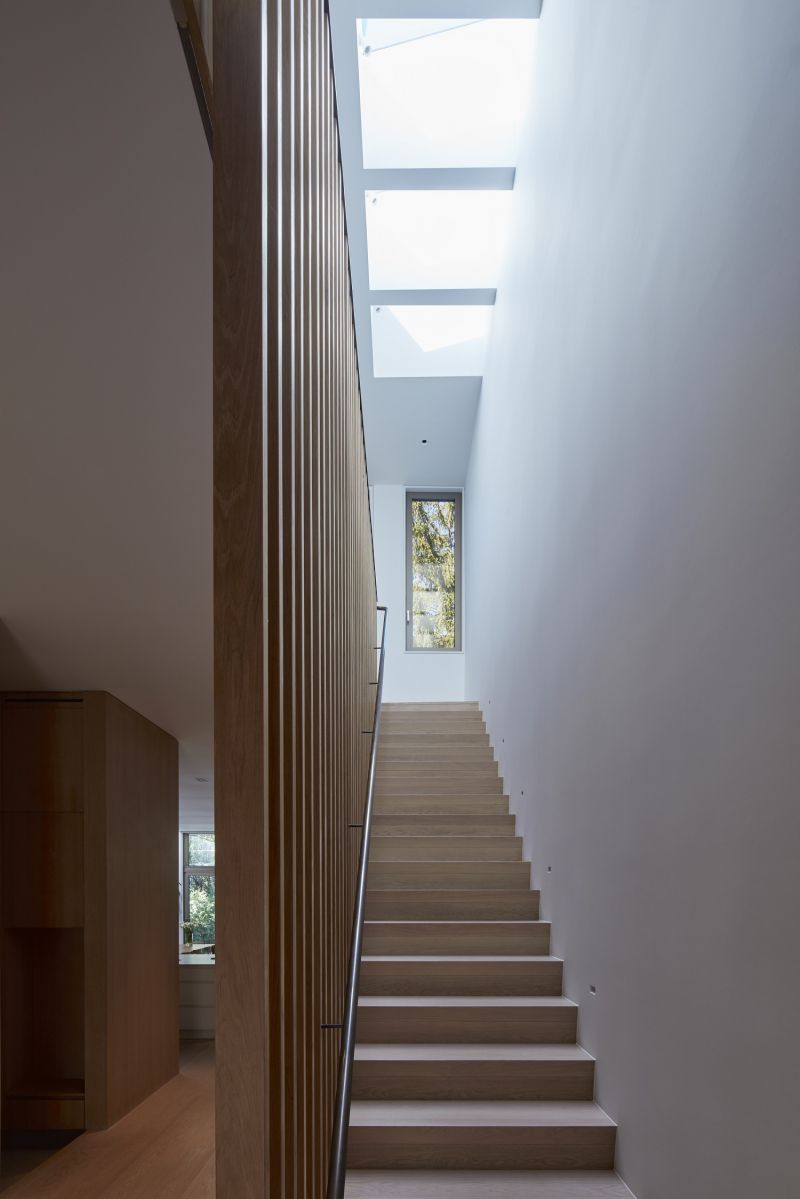 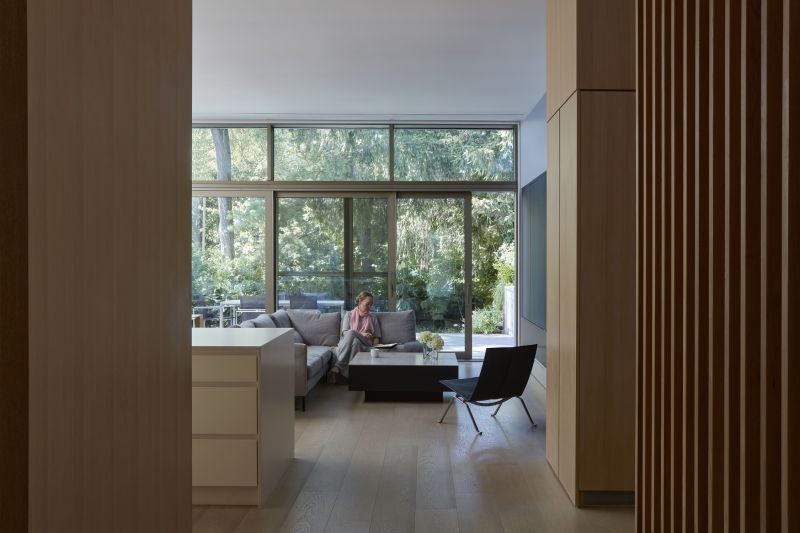 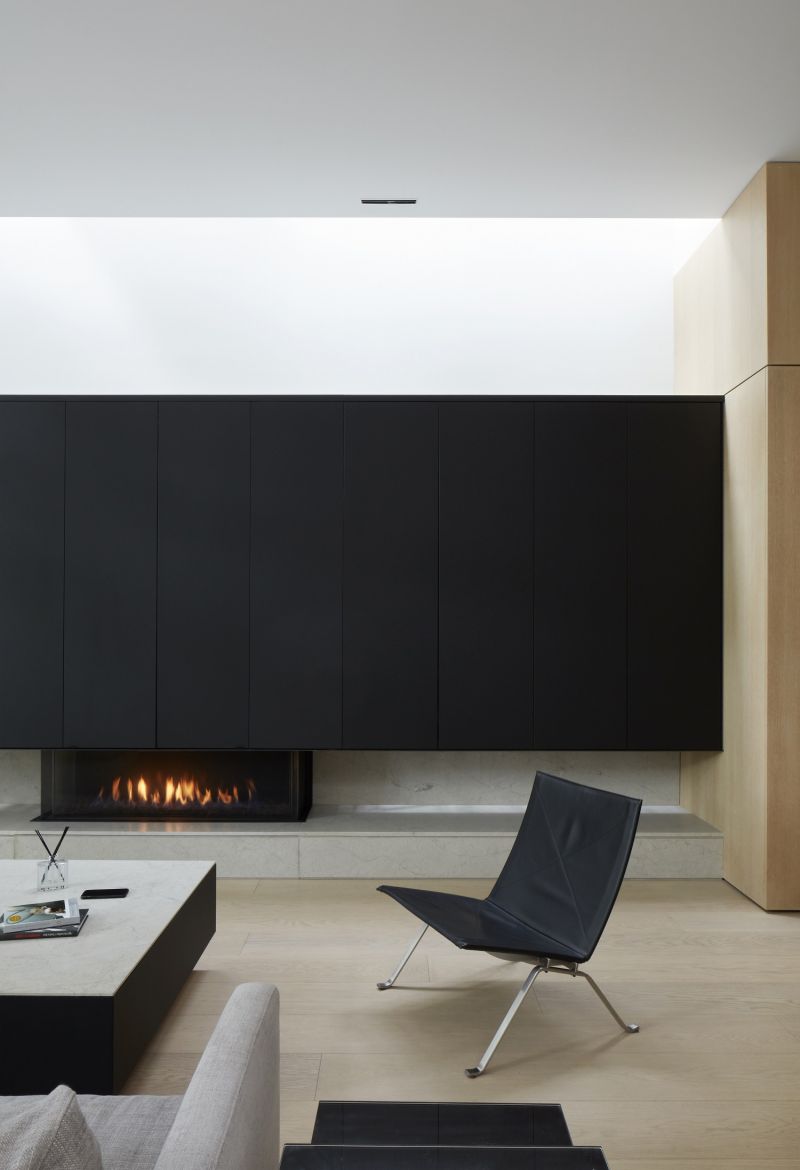 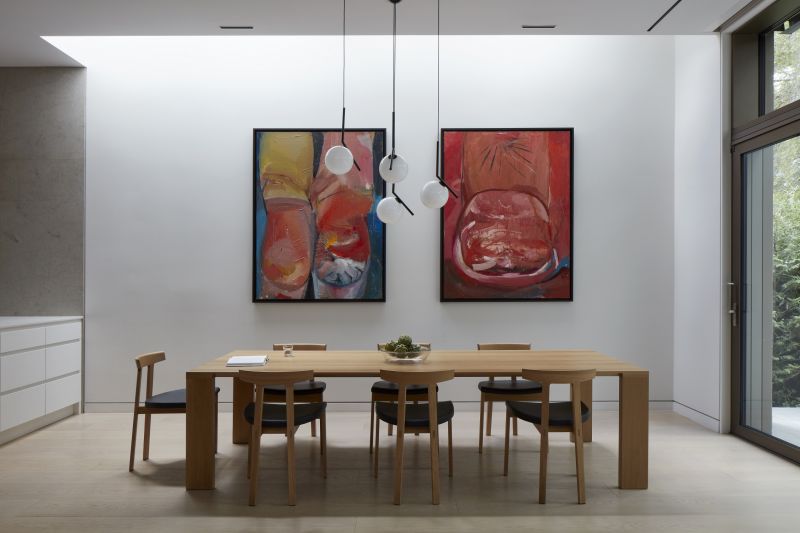 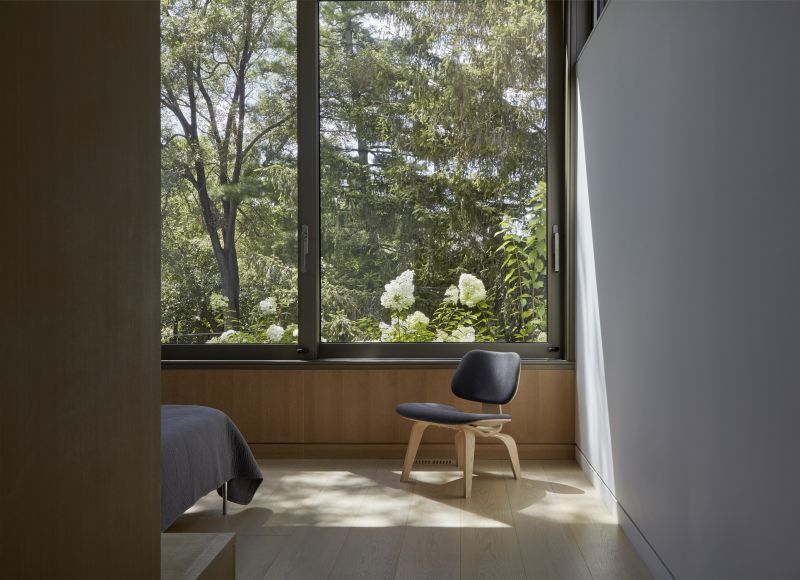 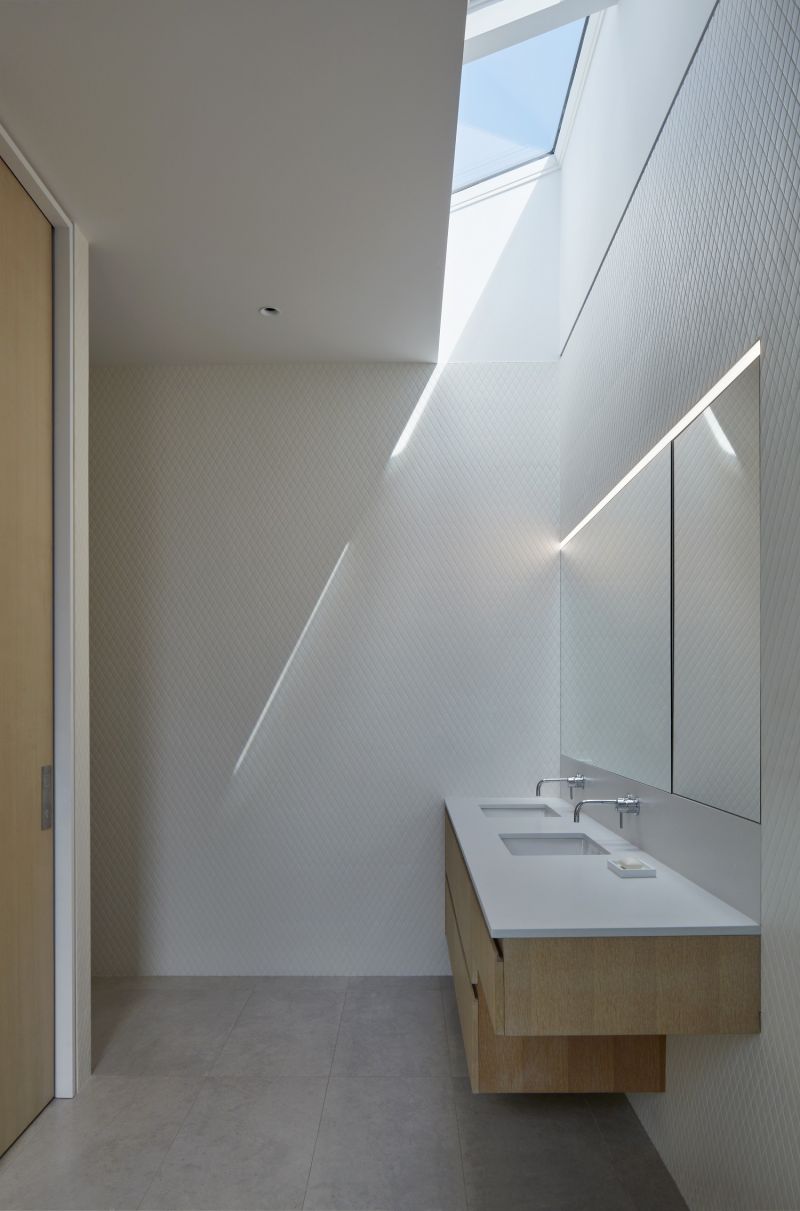 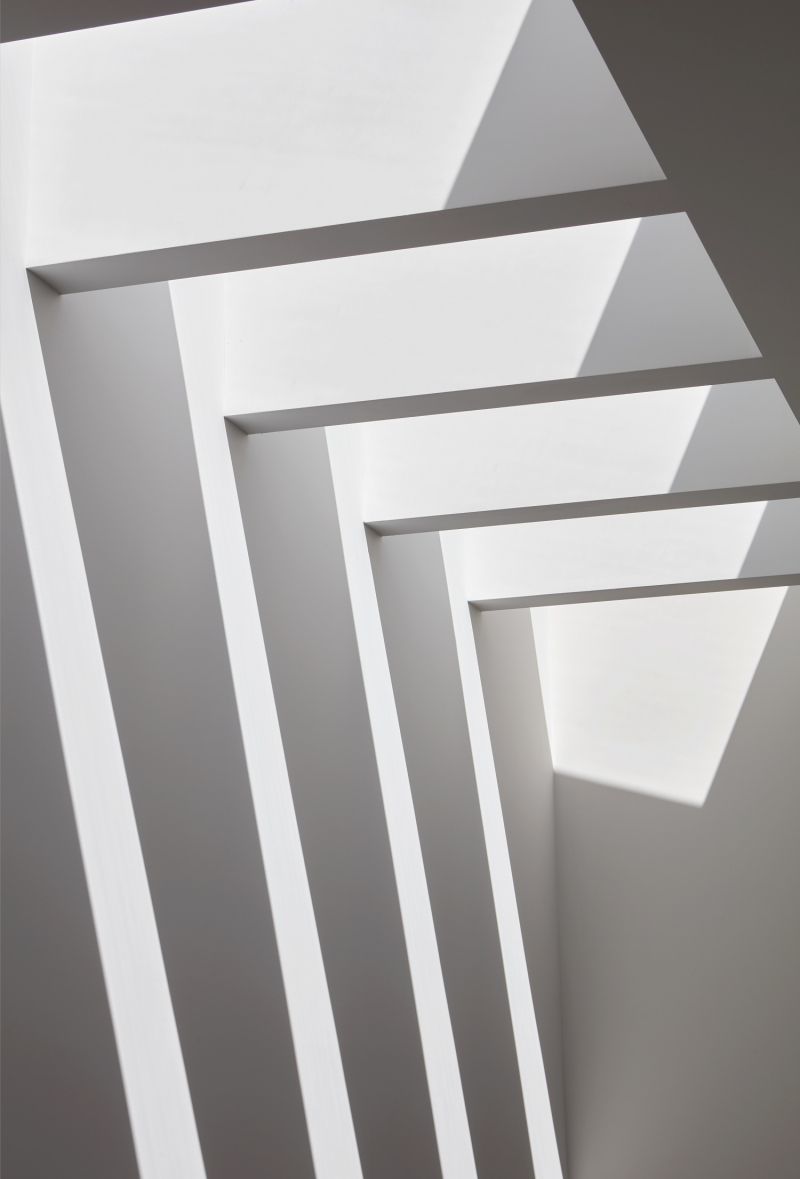 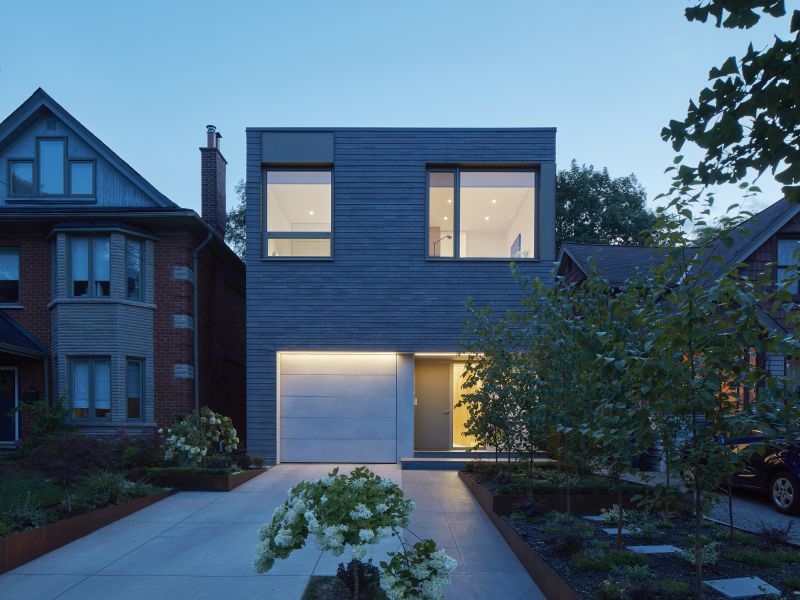 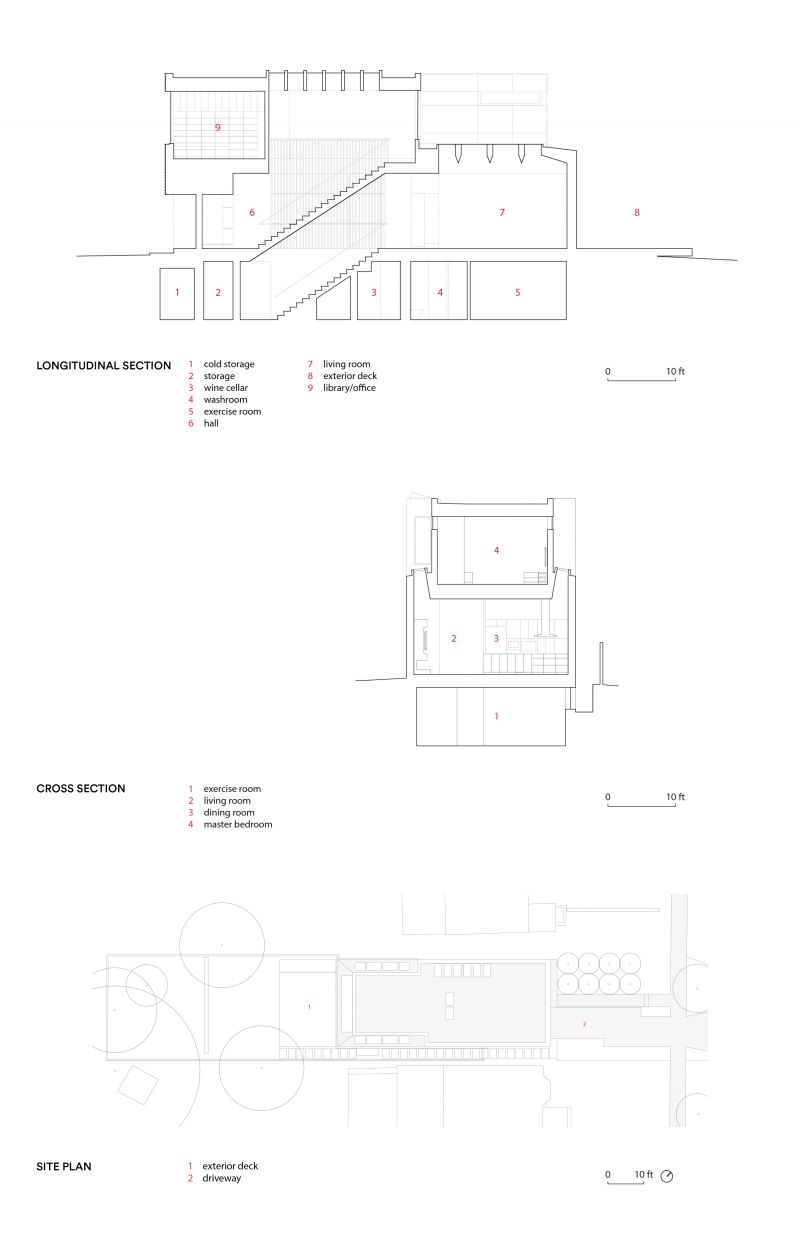 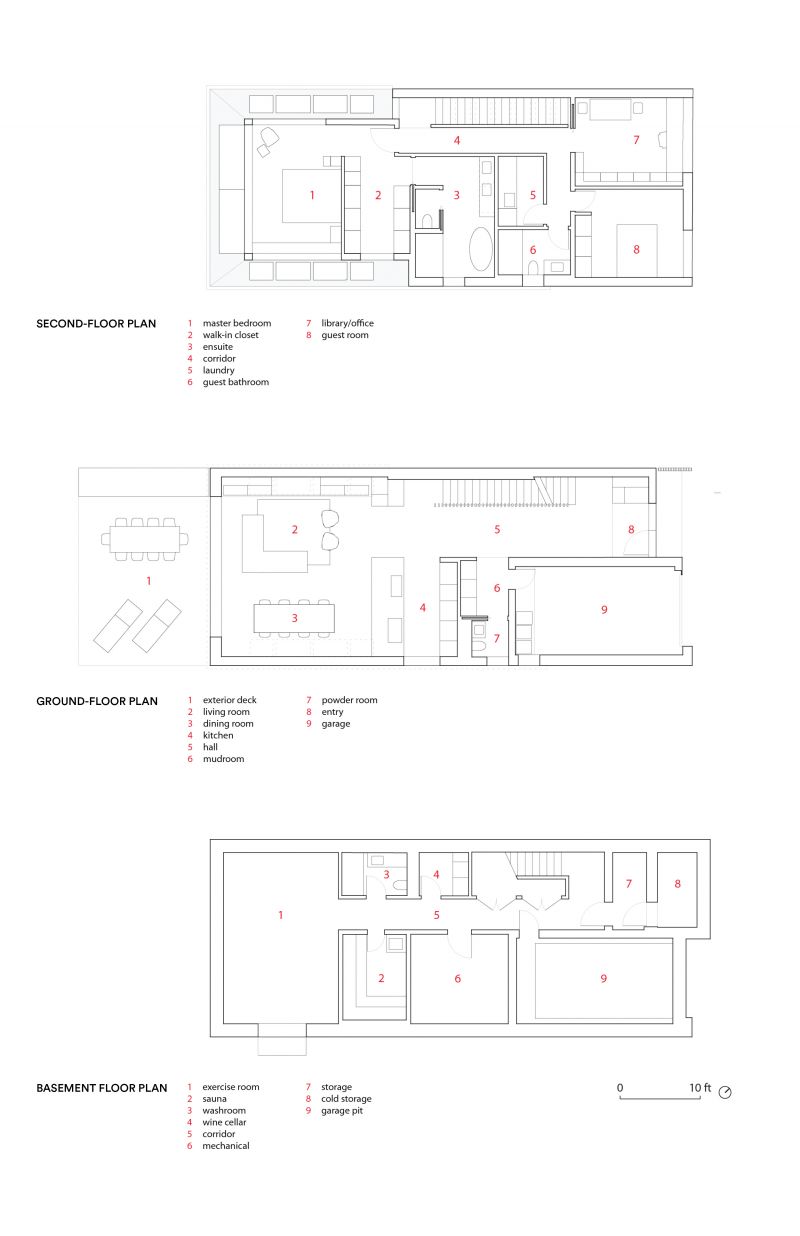 Ellis House occupies a narrow lot in a leafy residential neighbourhood of Toronto, its elongated floorplate restricting the admission of direct light to the east and west façades primarily. In response, a subtle yet powerful design strategy emphasizes restraint in material flourish, instead focusing on imaginative ways of illuminating the interior. This, along with a successful integration between interior and exterior space, and an intentional material and tonal contrast between light and dark—manifests in a thoroughly dynamic experience as one moves through the various spaces of the home.