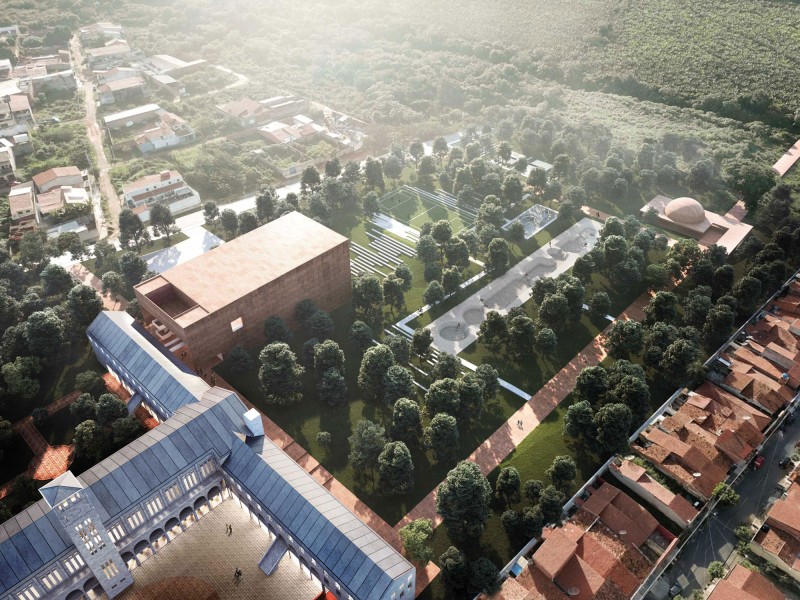 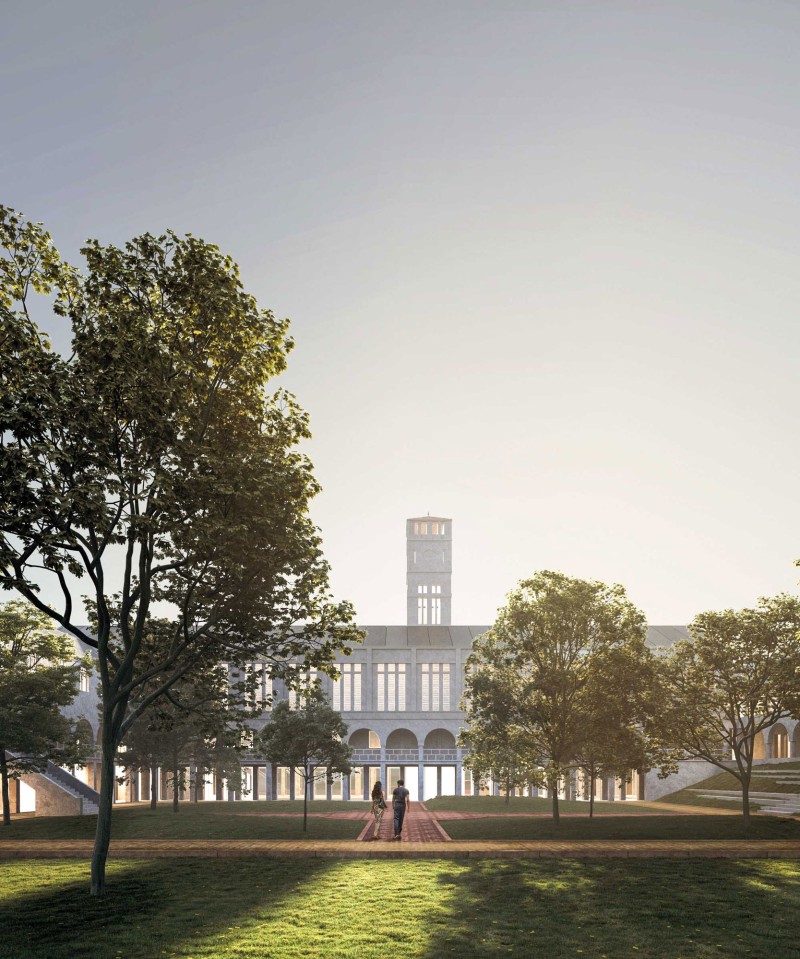 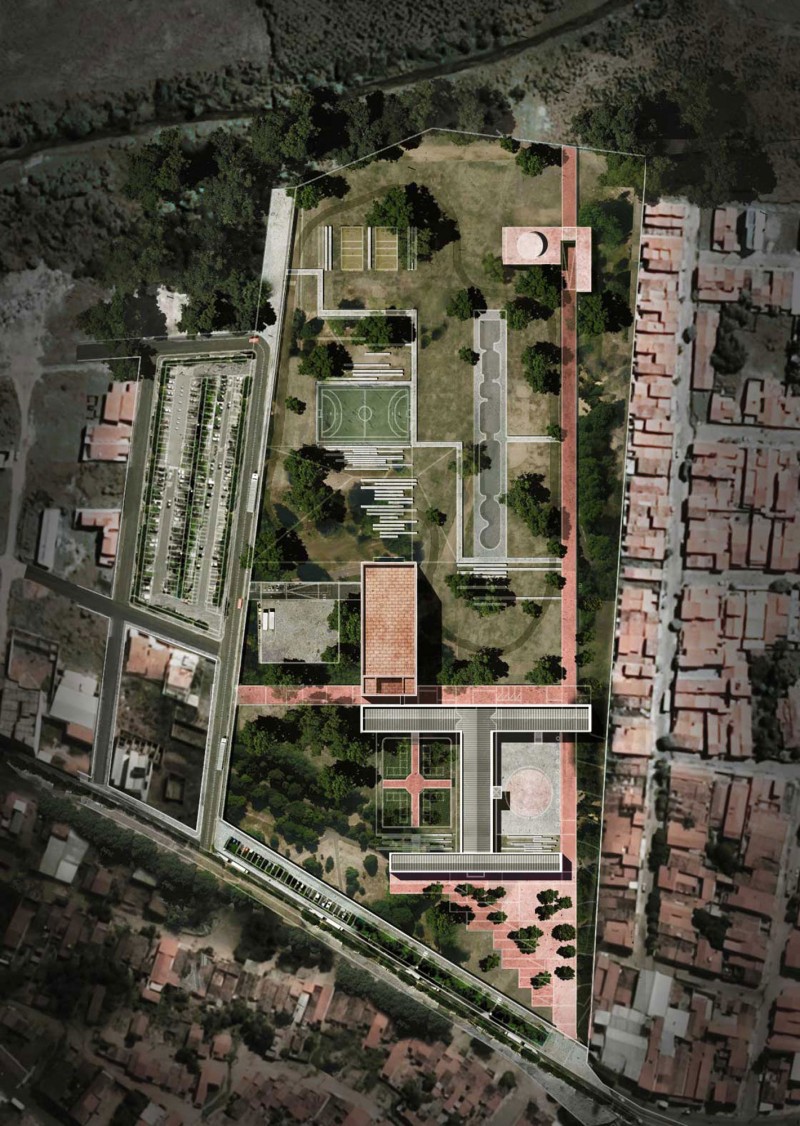 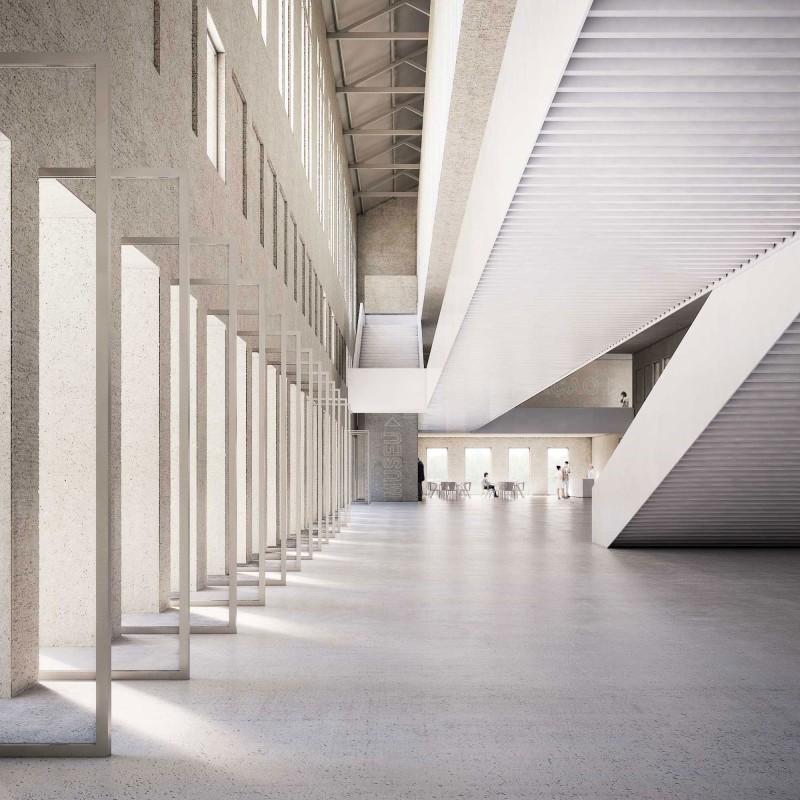 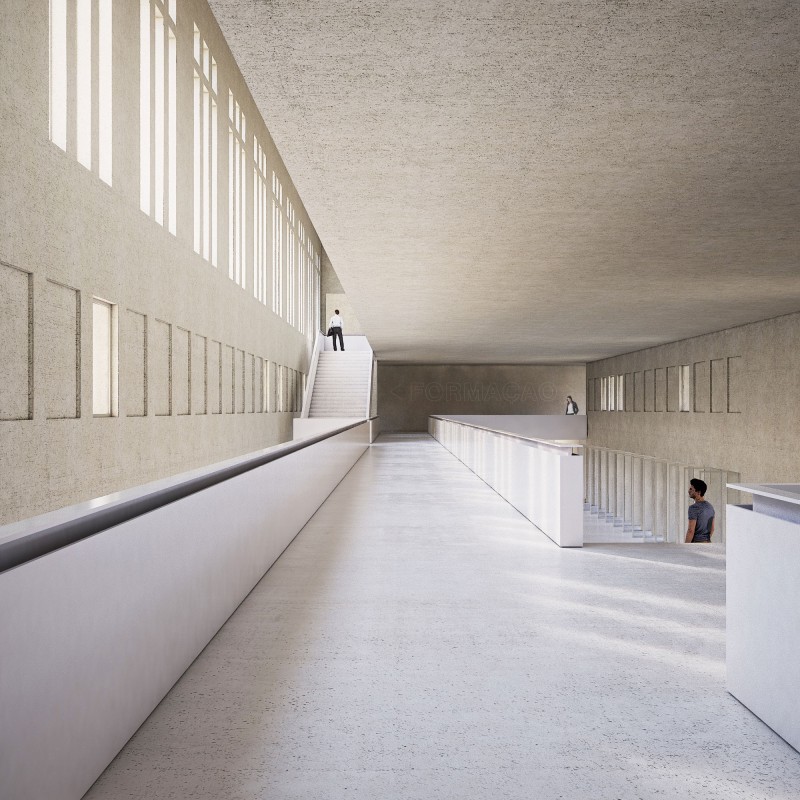 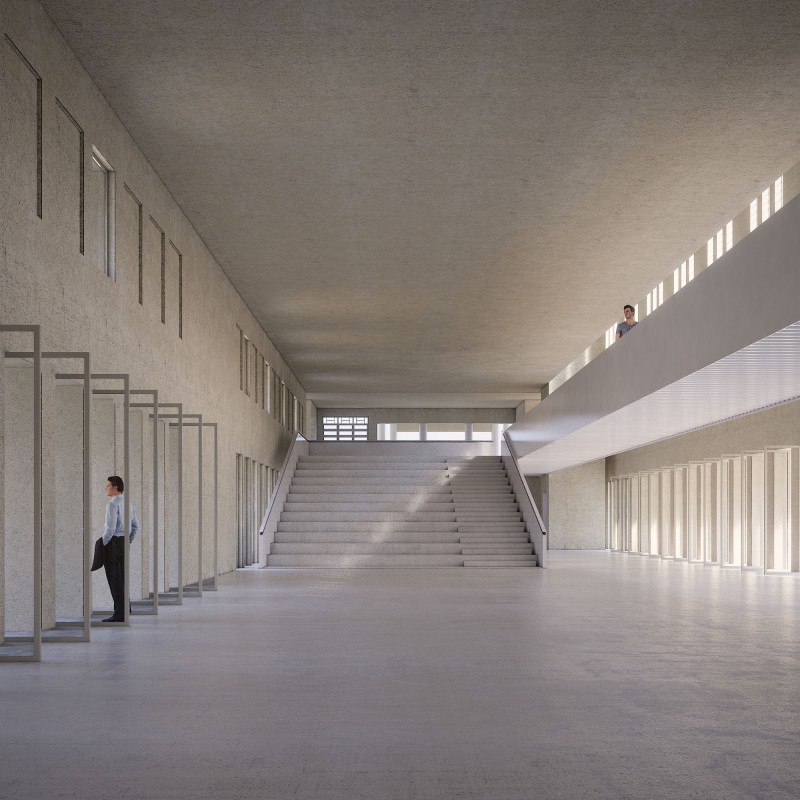 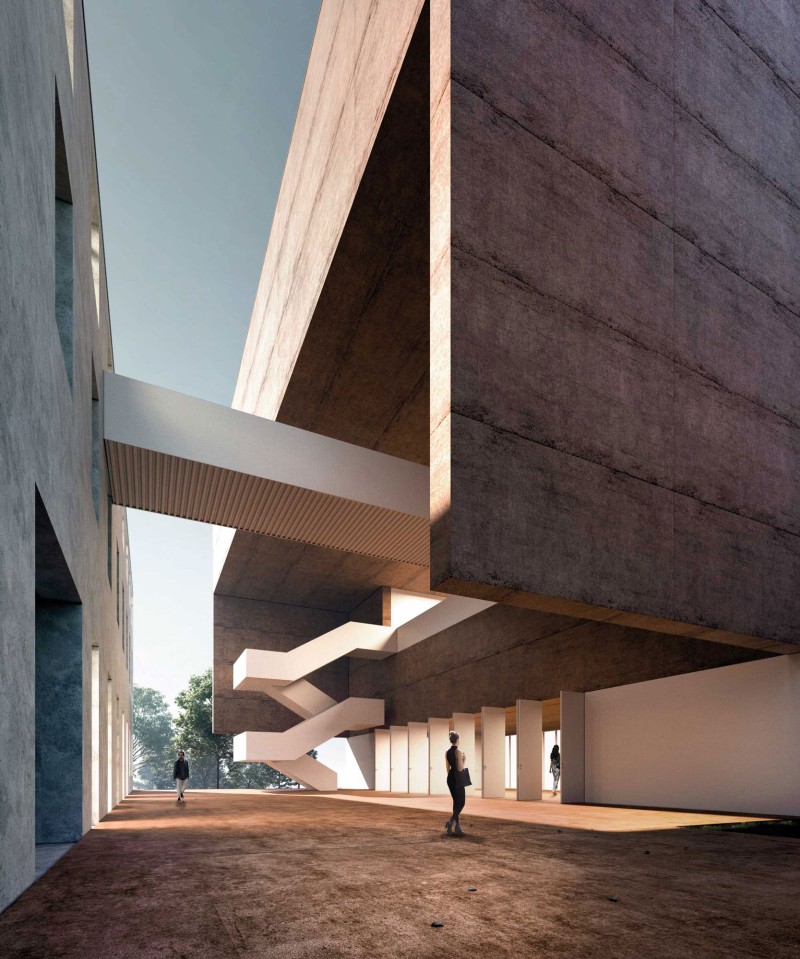 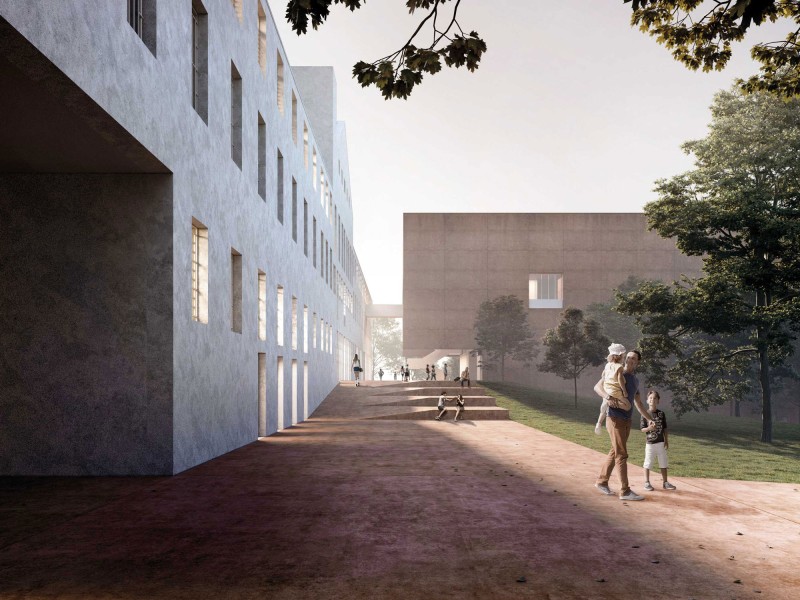 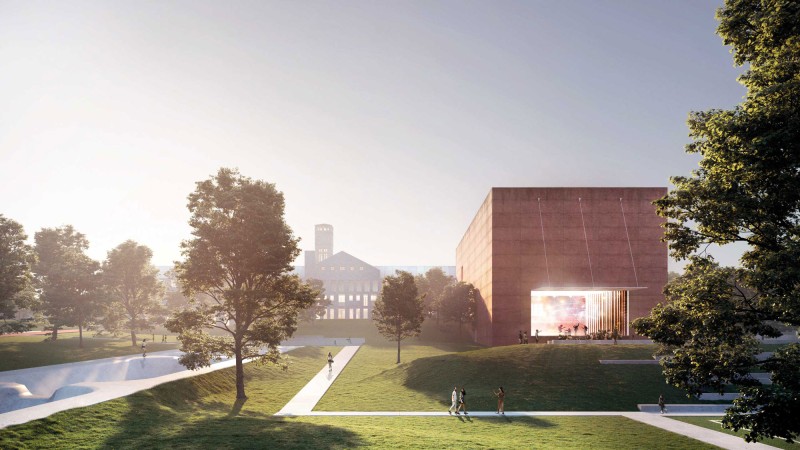 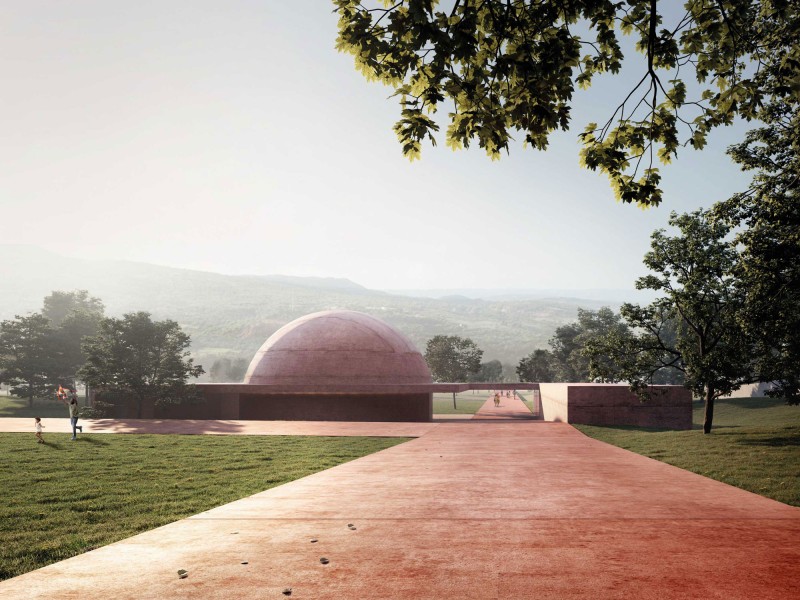 The proposal focused on converting 58,000 m2 of land into a large cultural space, integrating the existing building as the main volume - where are located the exhibition rooms and the complementary program - and proposing two new buildings - the Theater and the Planetarium - as well as some recreational and sports equipment incorporated in the design of the park. The exterior arrangements function as an organizing element for the project. The two large axes proposed form a cross between themselves and the pavement takes on the tone of the local stone.