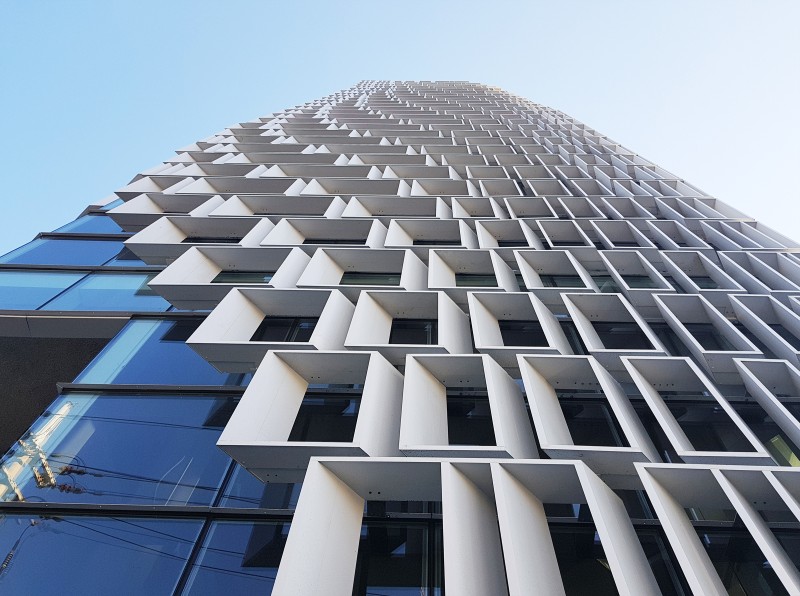 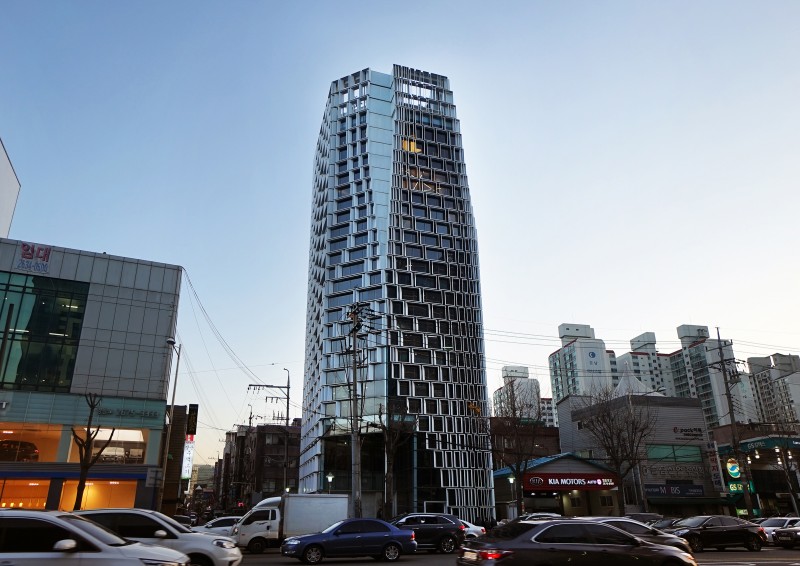 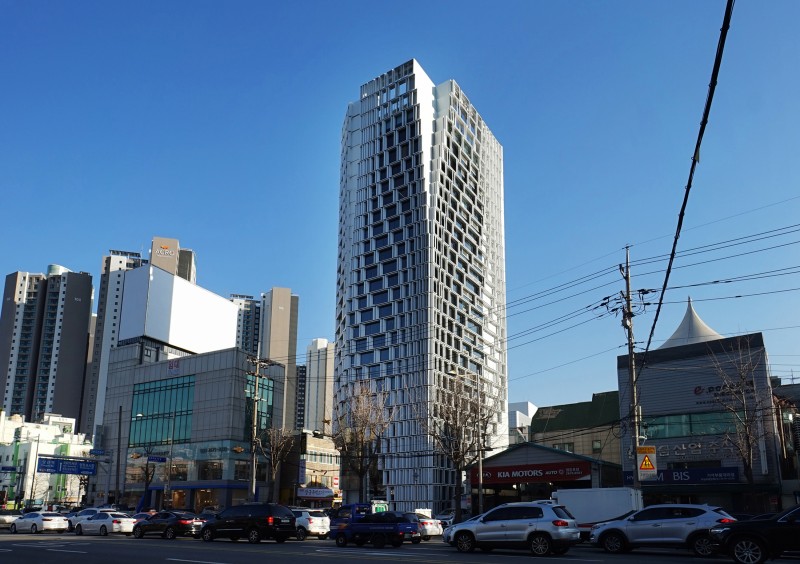 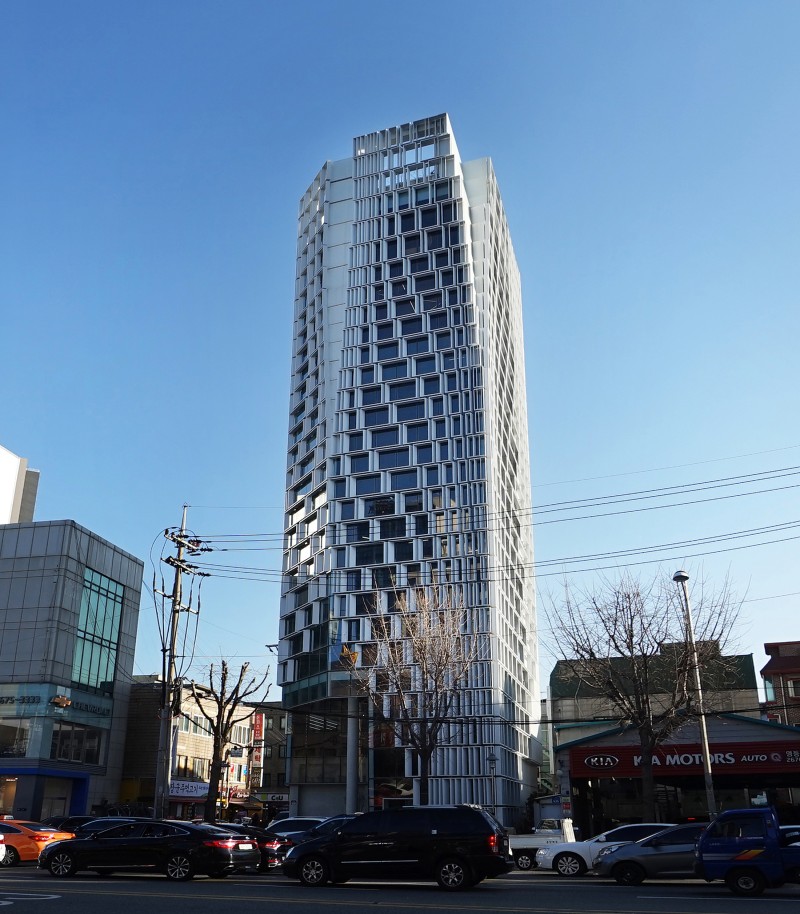 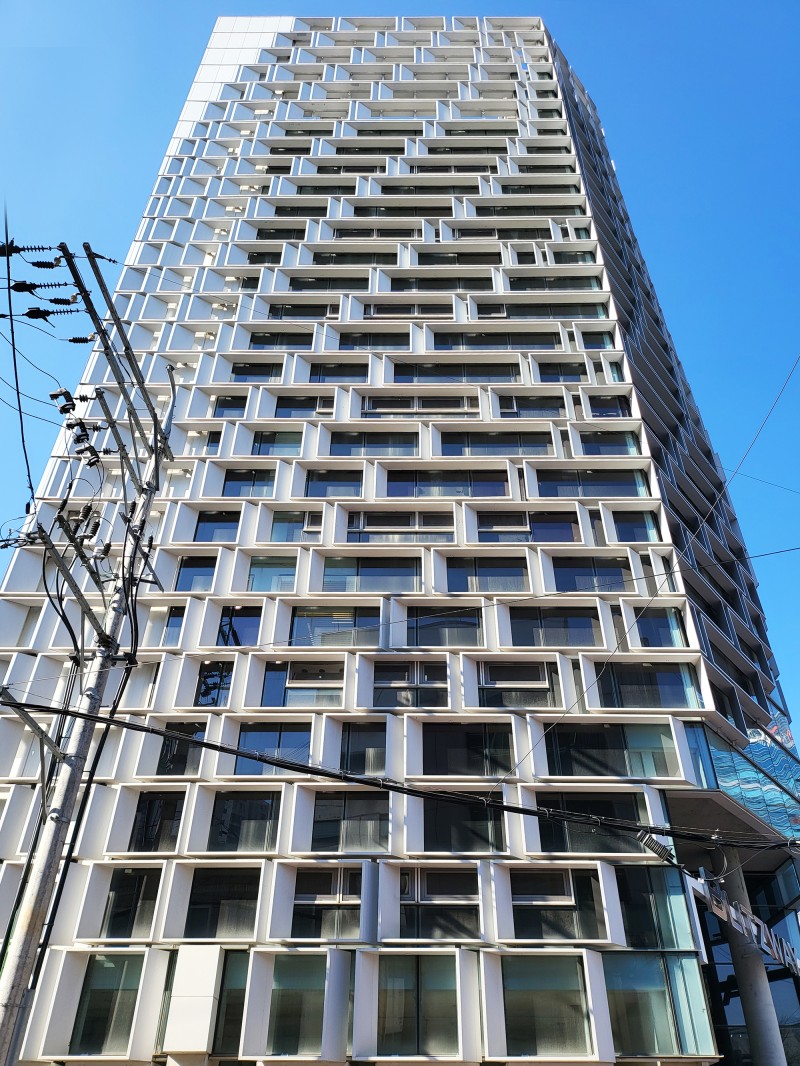 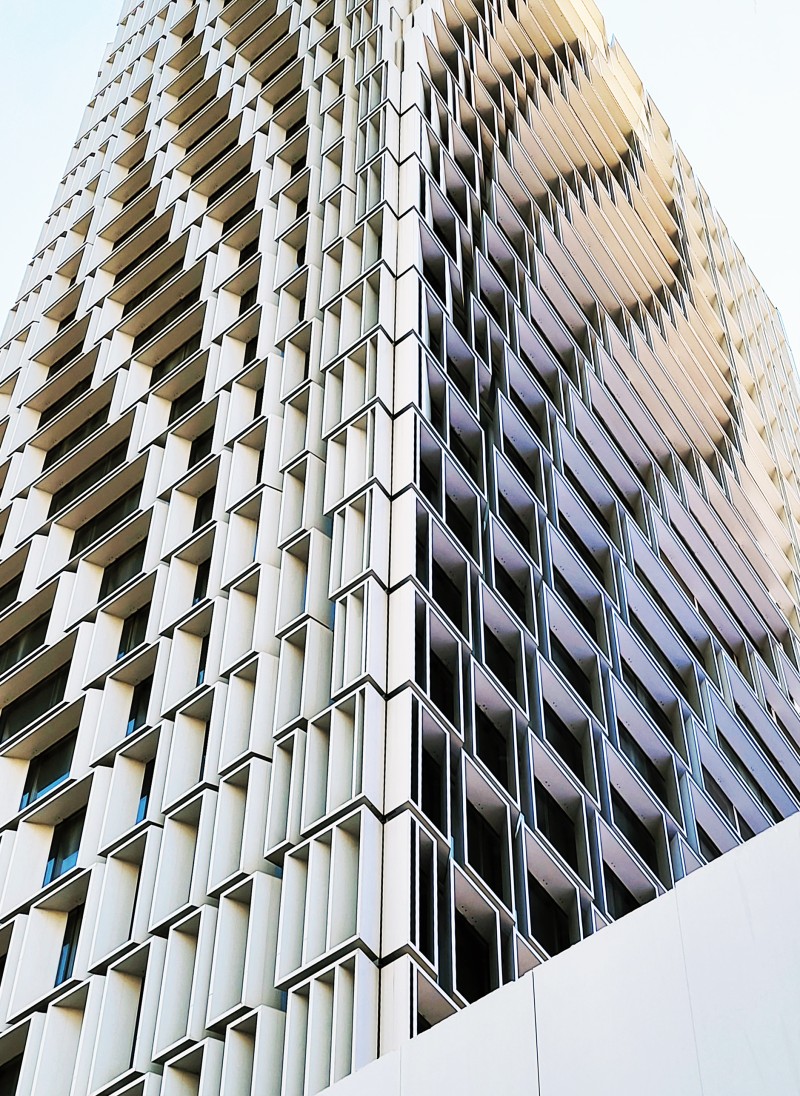 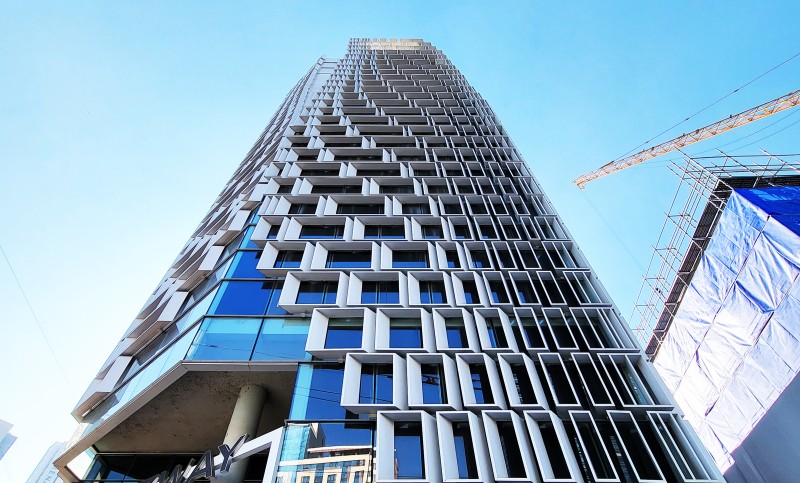 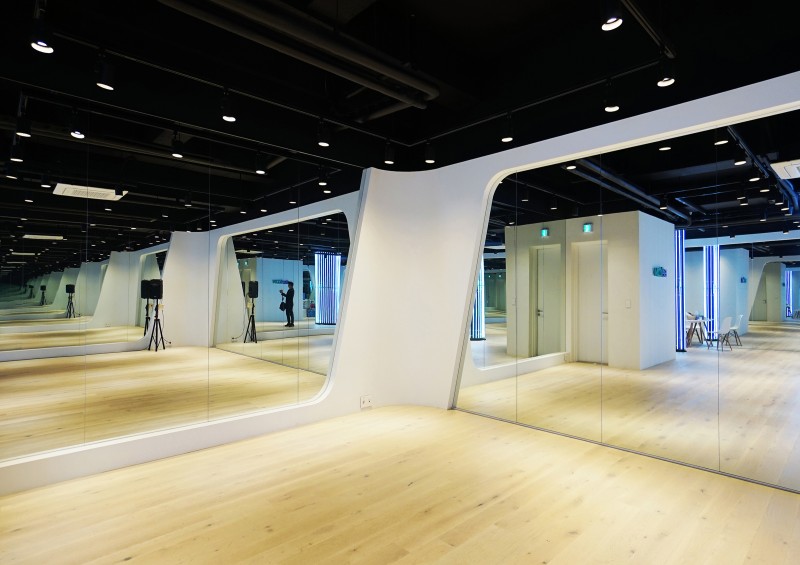 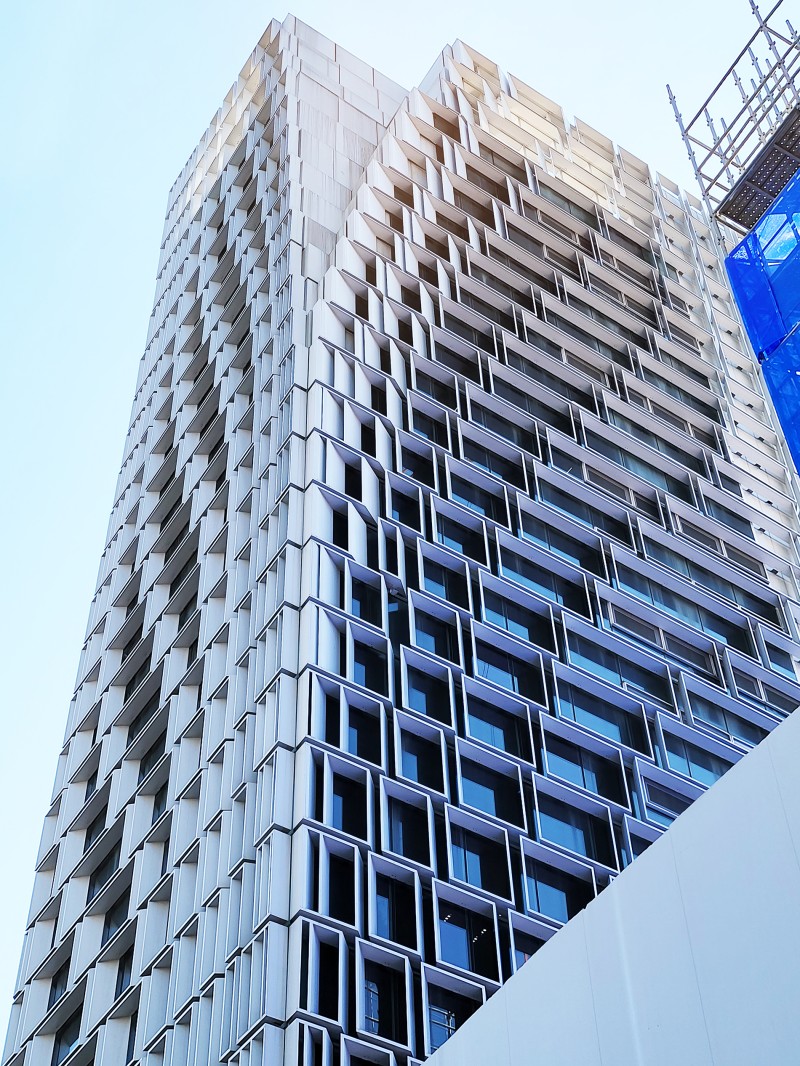 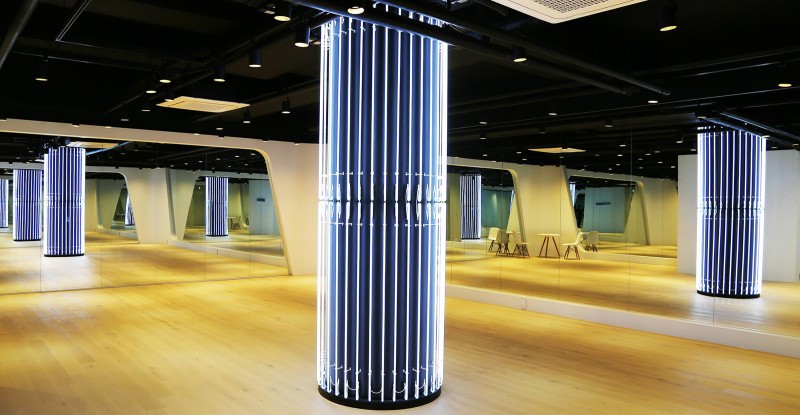 Our design solution was to make small scale changes to the existing architecture, which in turn achieved a grander effect in totality through parametrically controlled module units with 2-way kink- design shape. In turn, this re-positioned the building. façade to create an illusion of movement on mass on a large scale. We interpreted various site bases, and worked around the limitations from the relevant building code to achieve such effects on the overall façade. In the end, the façade system was optimized through such repetitive small elements and inner climate control.