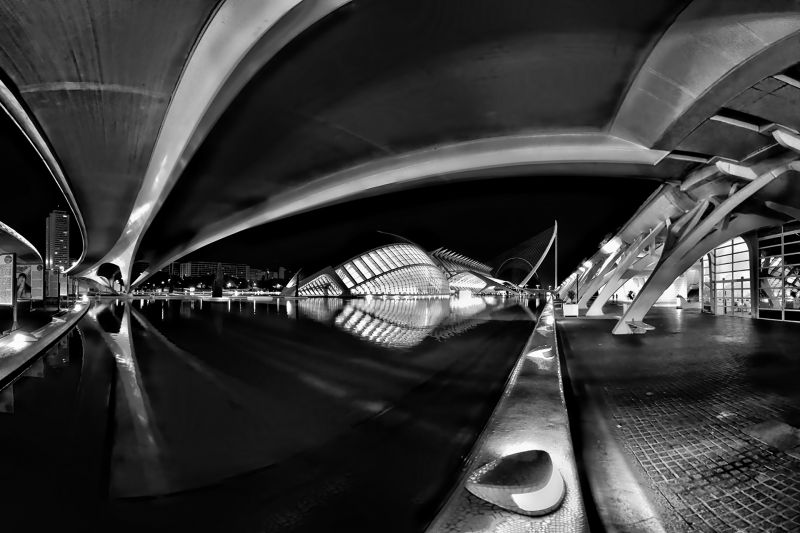 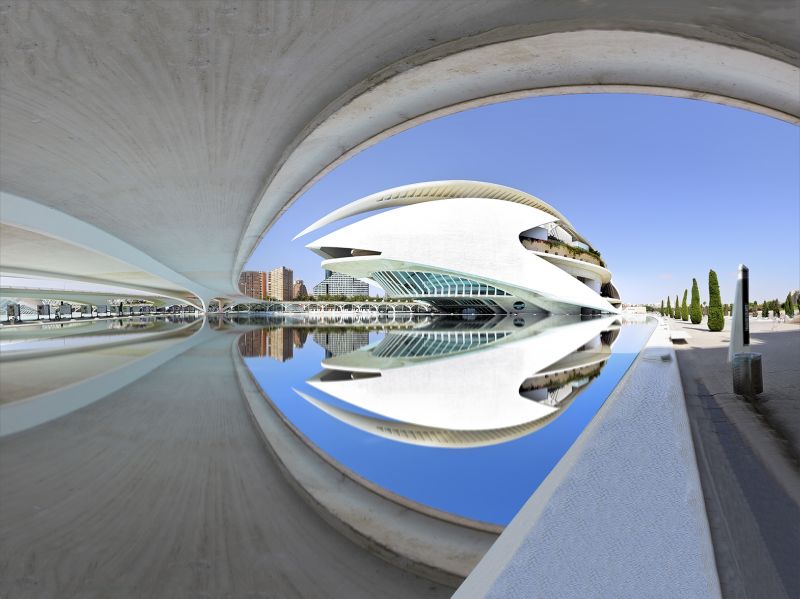 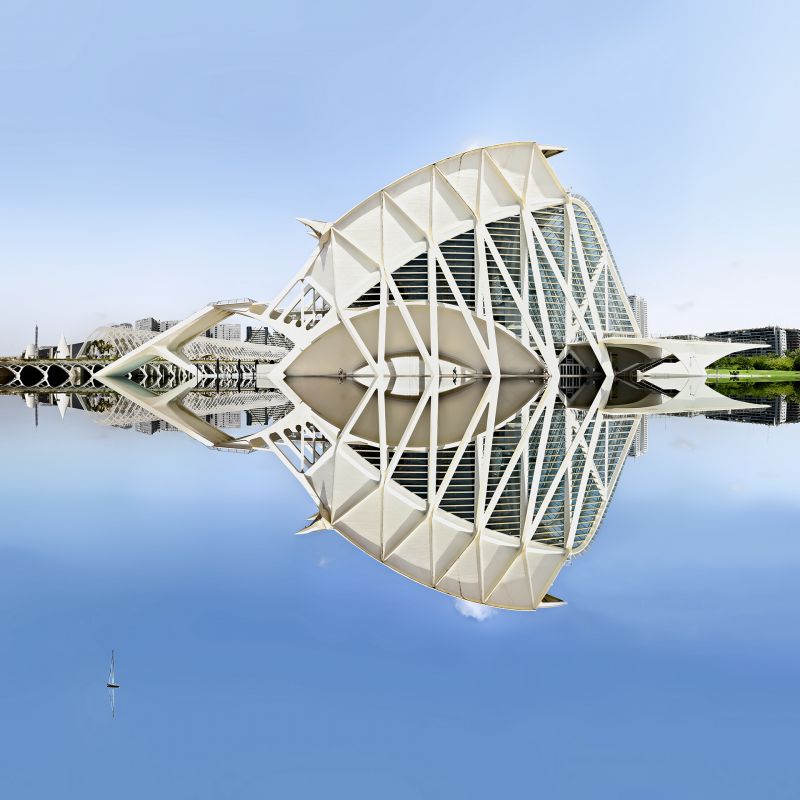 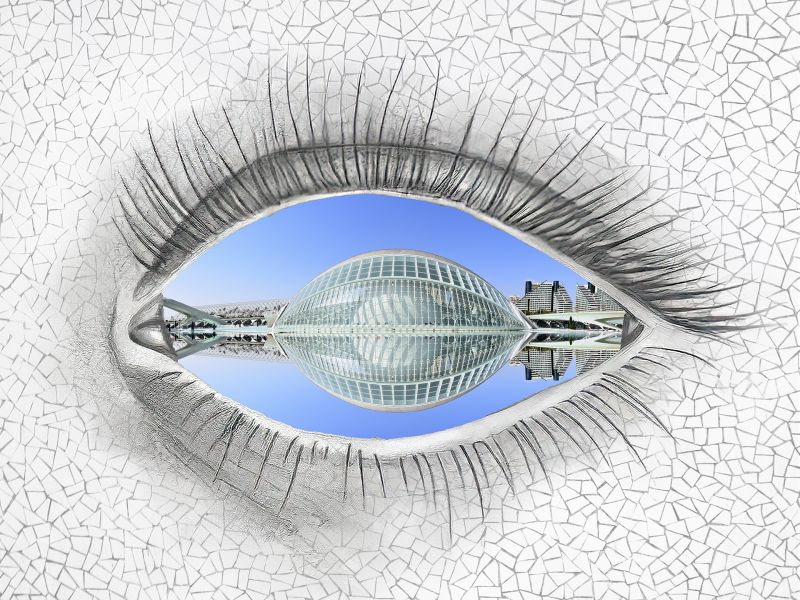 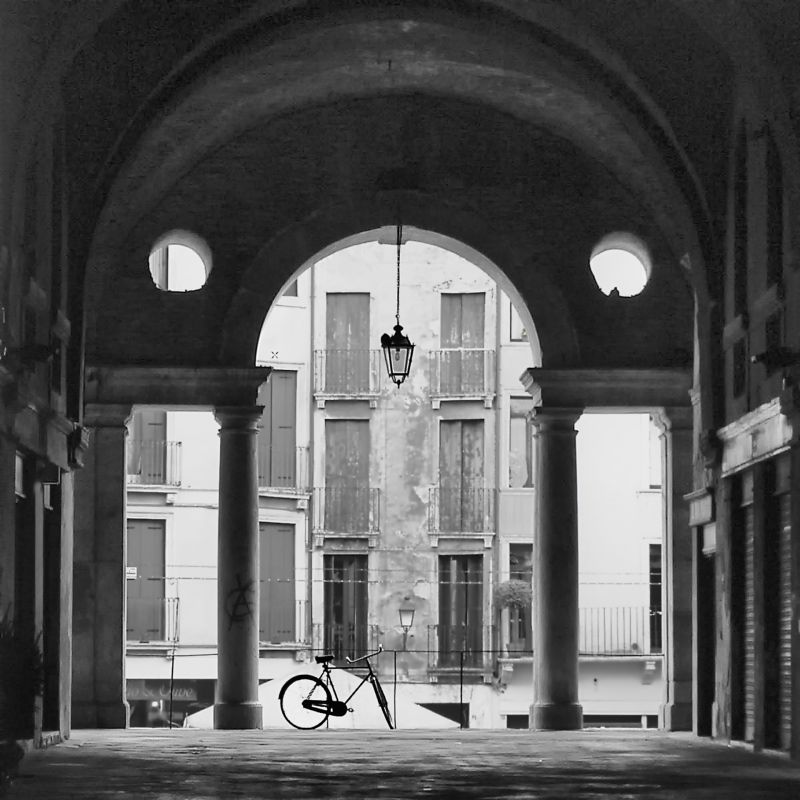 In the Valencia’s “Ciutat de les Arts i de les Ciencies”, an architectural complex where Calatrava suggested the complicity of water to give full resolution to the images of buildings, zoomorphisms abound. The most commonly photographed is its famous "fish" but by immersing ourselves in this place I have located this triad to open a hole like a serliana, one of the most successful architectural compositions for a wall opening that can suppose a new look that It is illustrated in this itinerant photographic story in which through architectural concepts, labels..., acquire various connotations