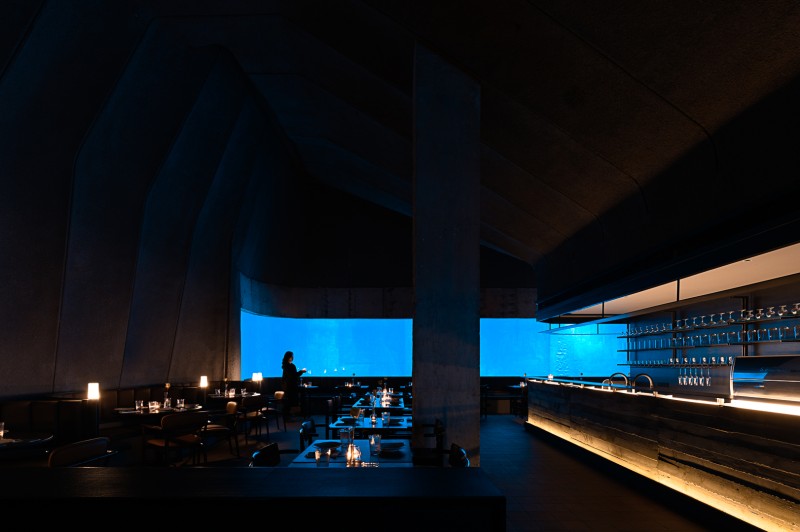 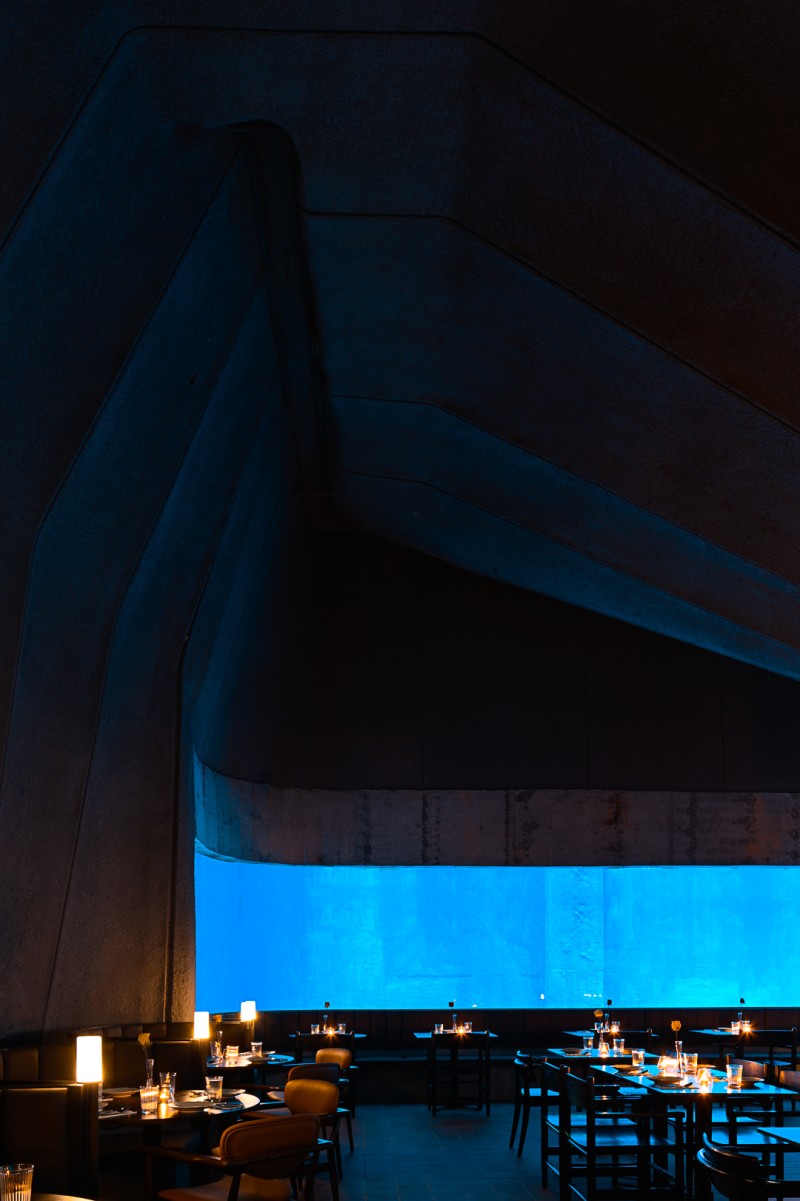 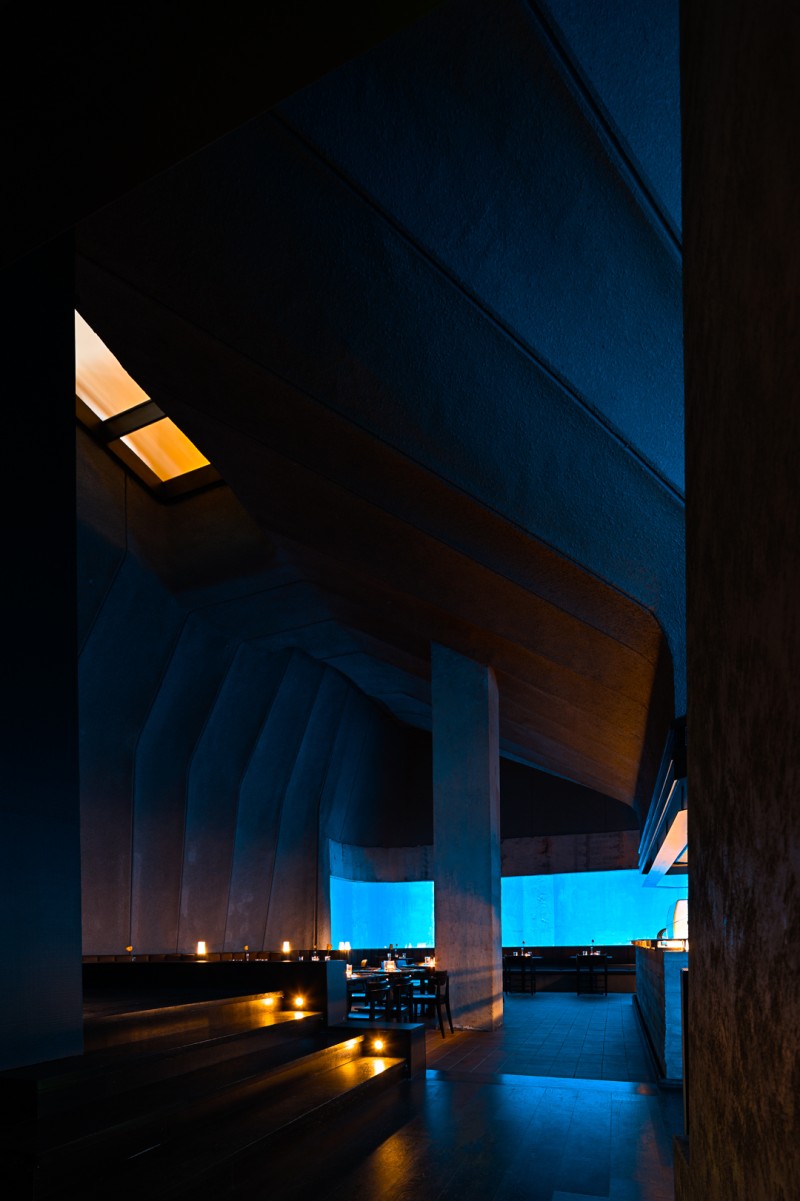 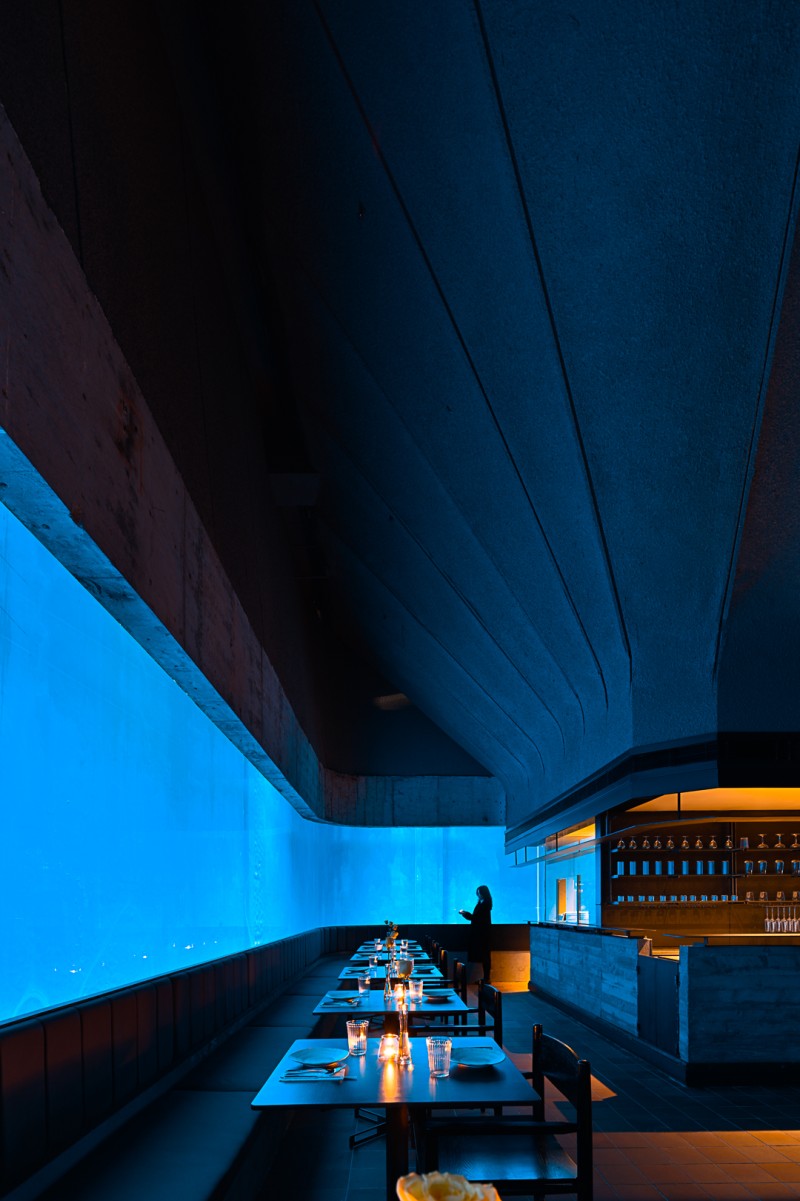 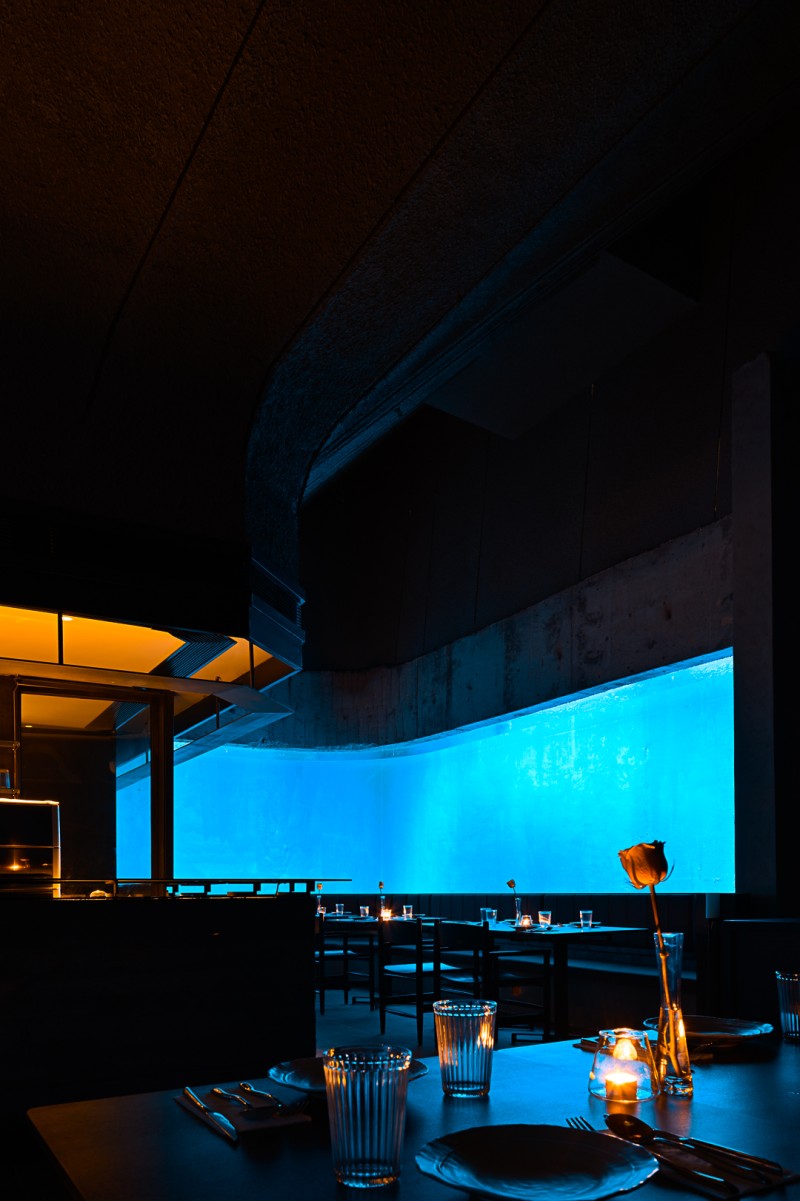 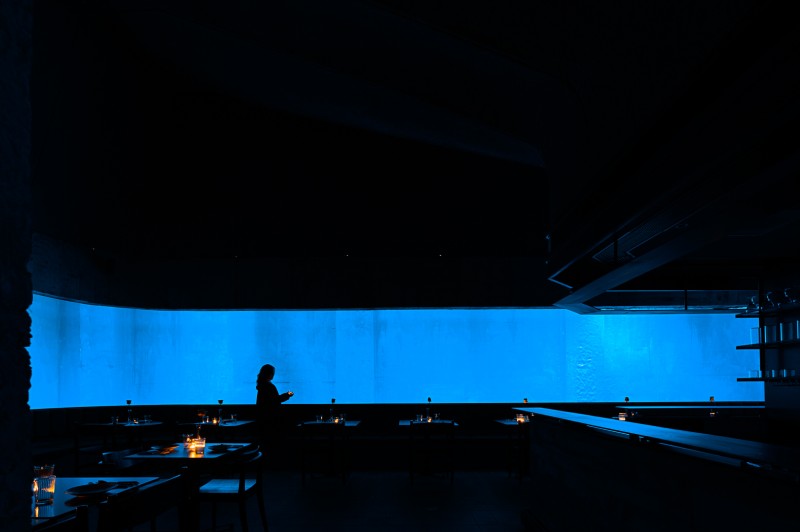 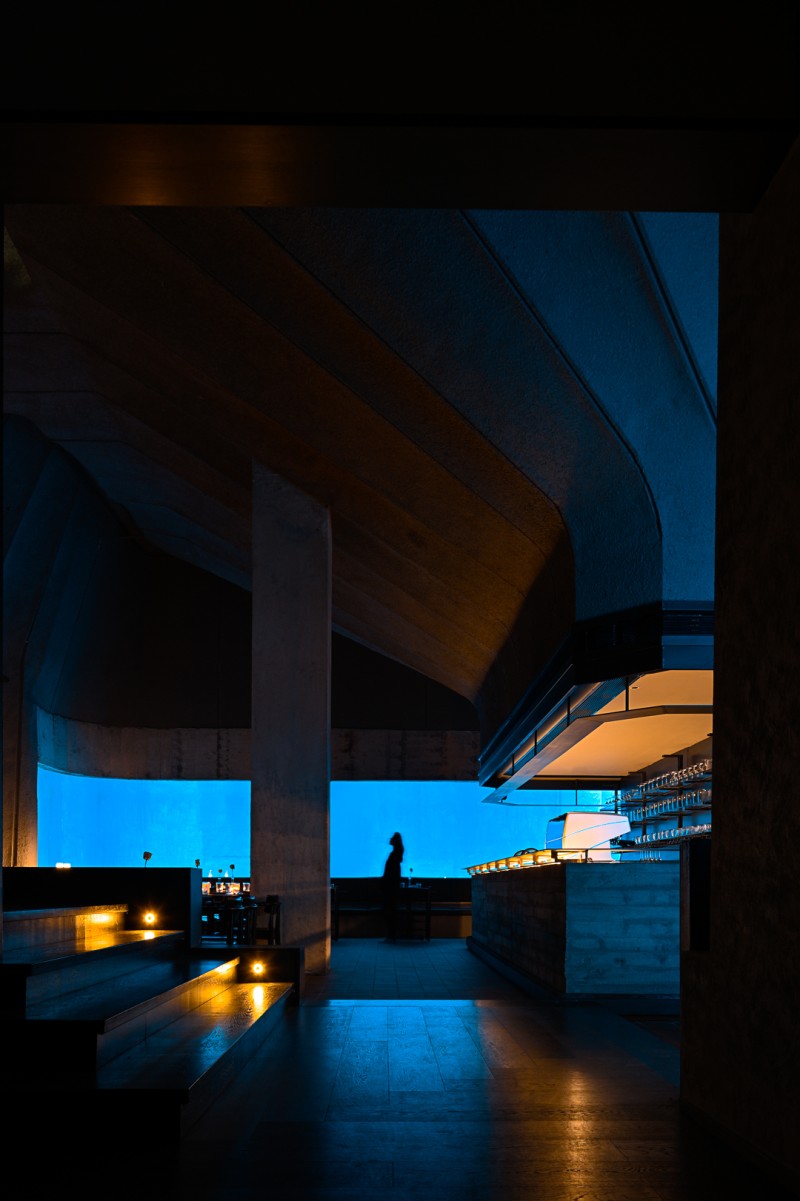 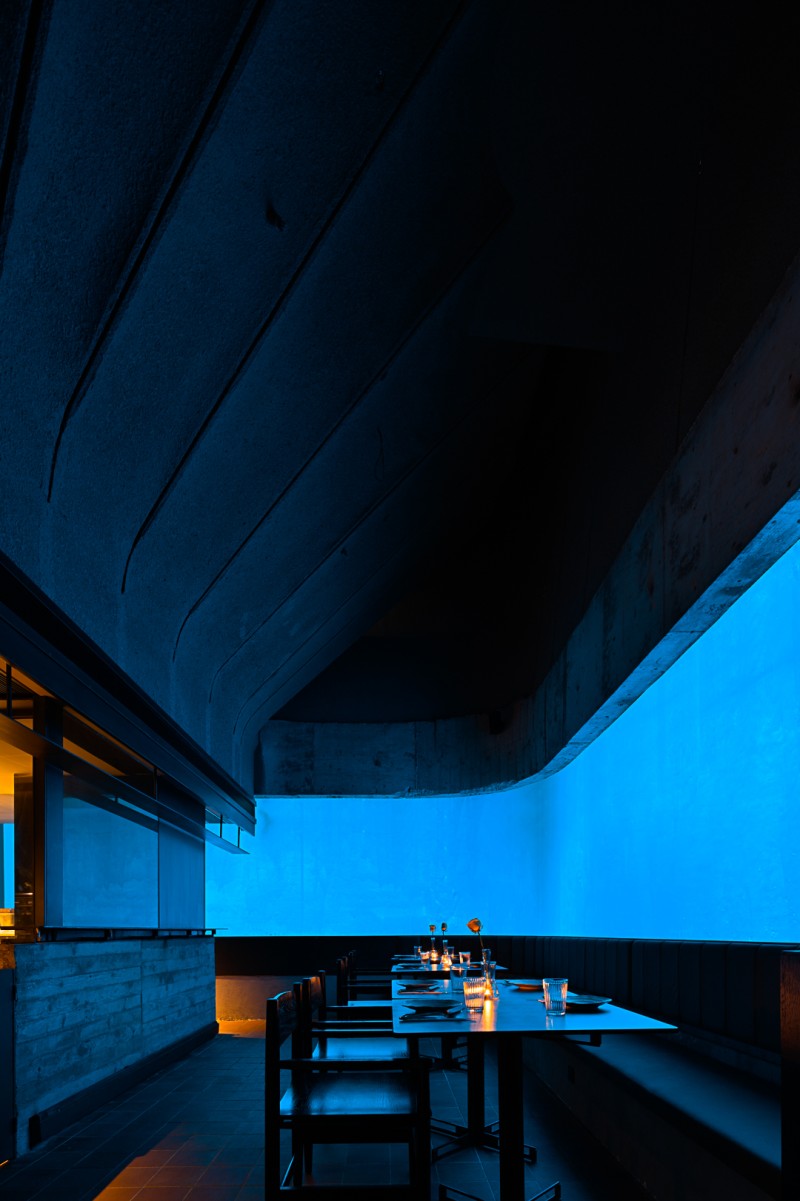 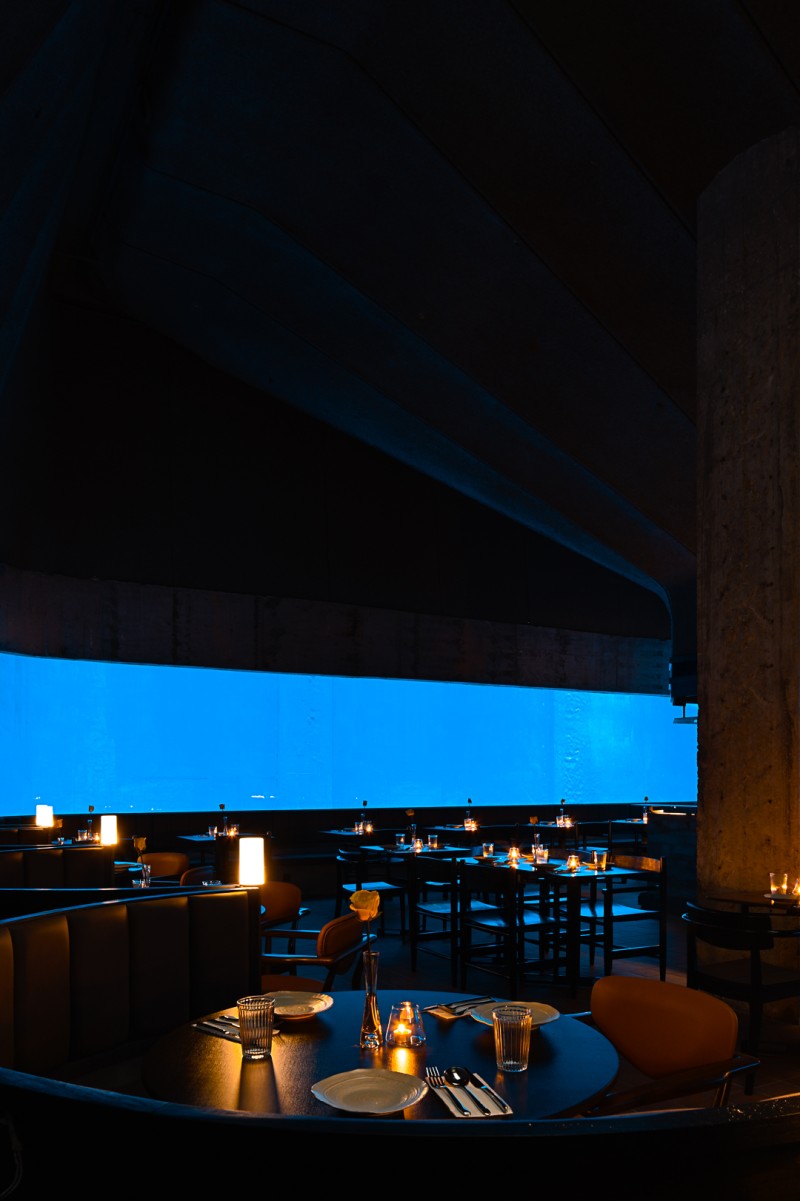 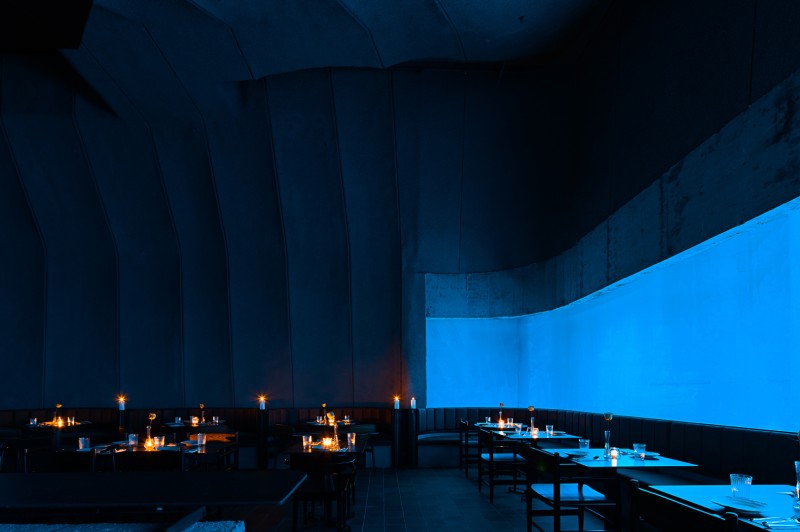 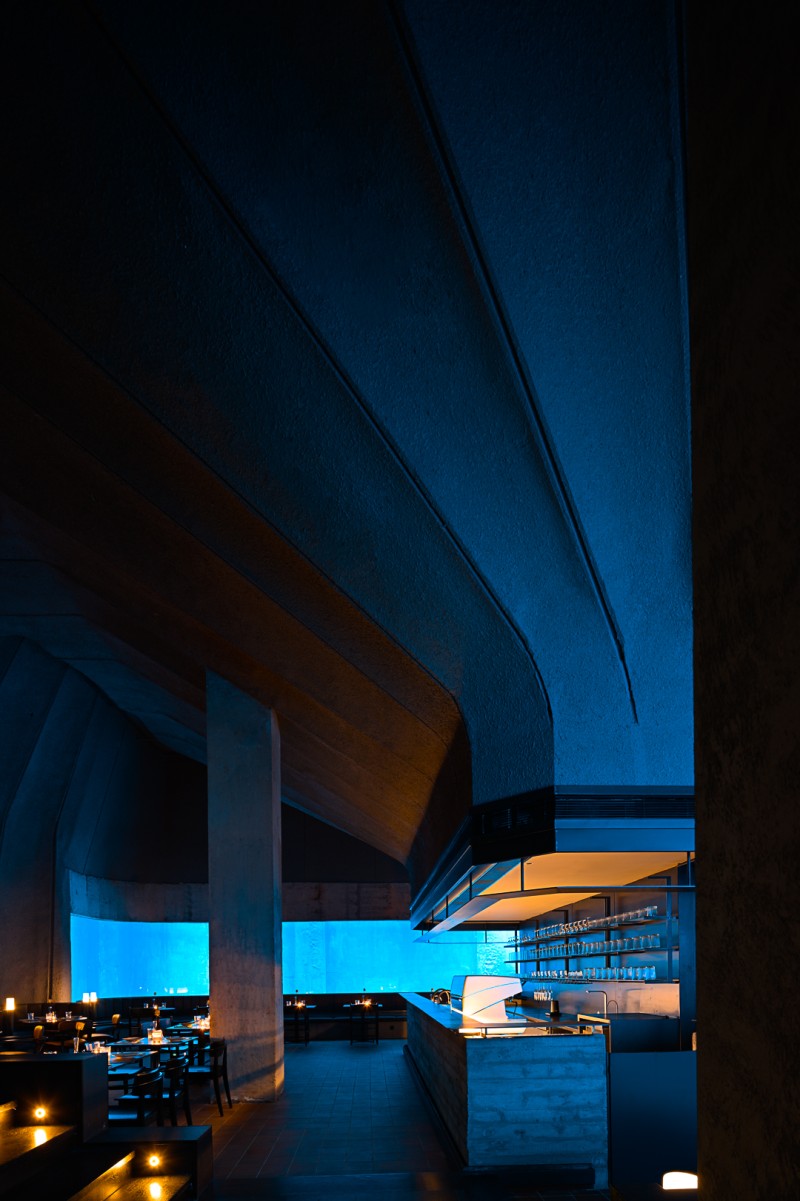 The space was formerly an aquarium. The original cast walls and structural beams, columns formed a large, dark underground hollow space. After site investigation, the designers decided to retain the existing temperature and textures of the space, dismantle decorative components on the surface, and maintain the two existing large fish tanks. The bar counter is the center of this rectangular space. Apart from the water tanks, it's the only main light source in the space. Filled with dim and warm light, it's hoped to be the guests' company for resisting the feeling of loneliness in the "deep sea"