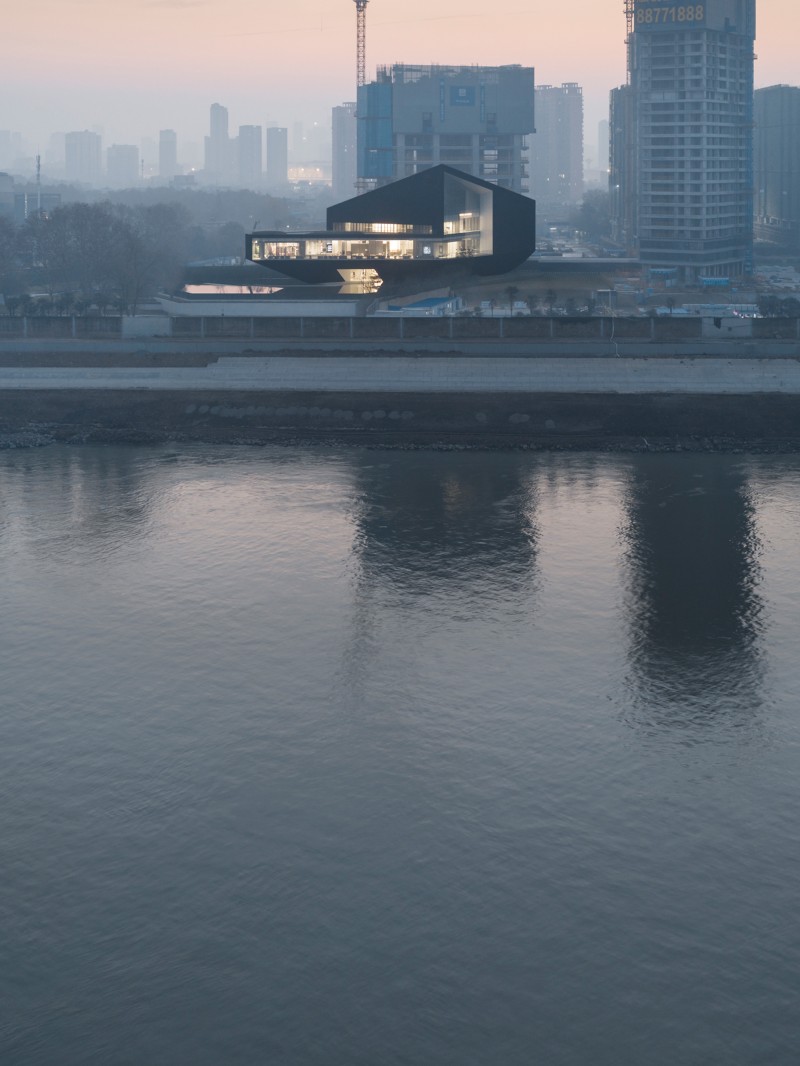 Perspective View From The River Side/ Li Yao 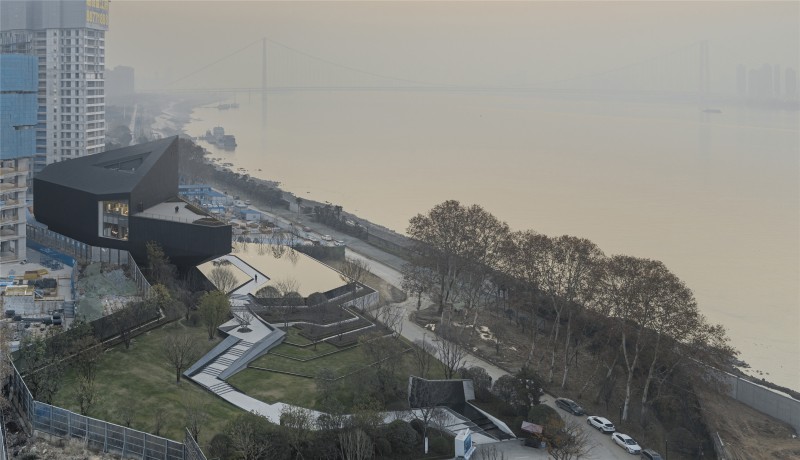 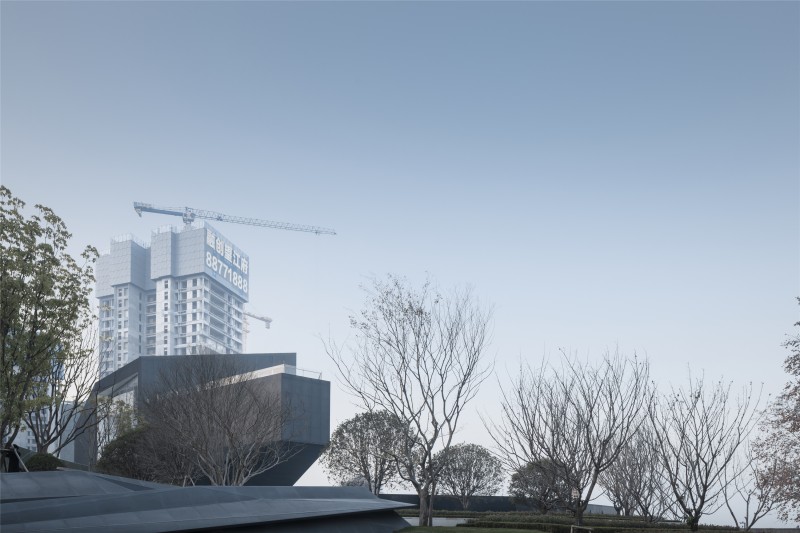 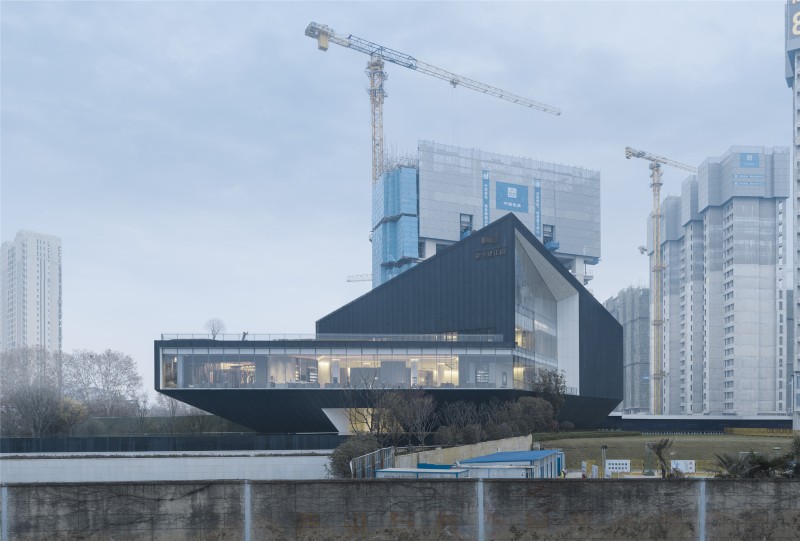 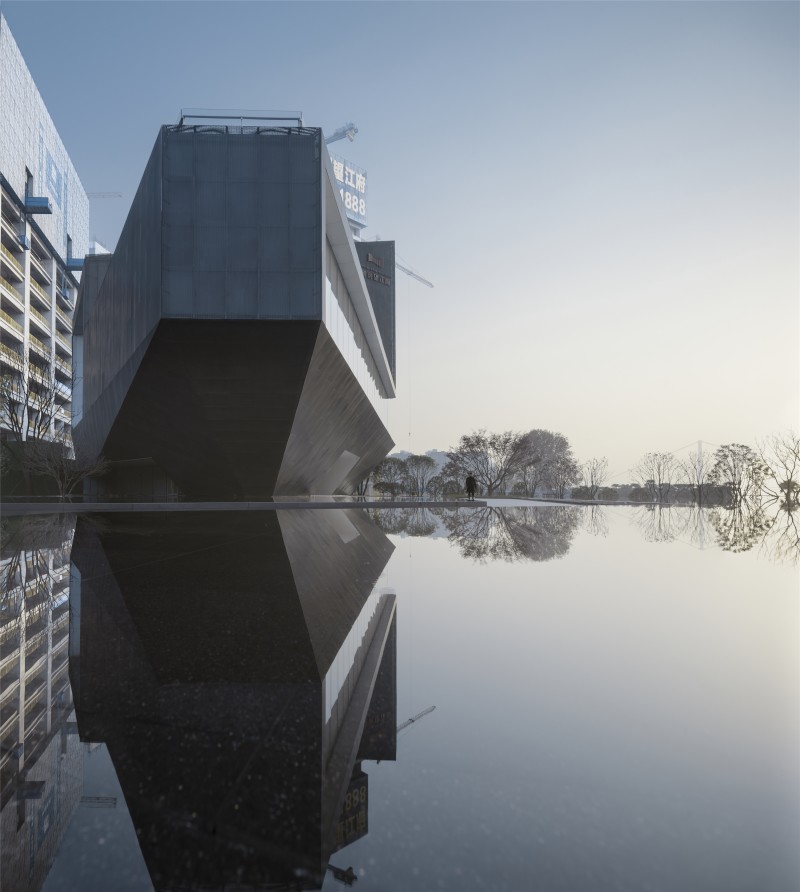 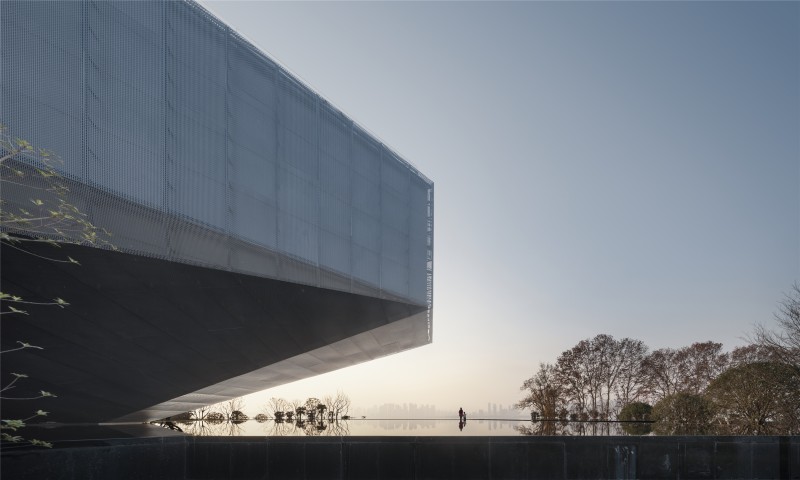 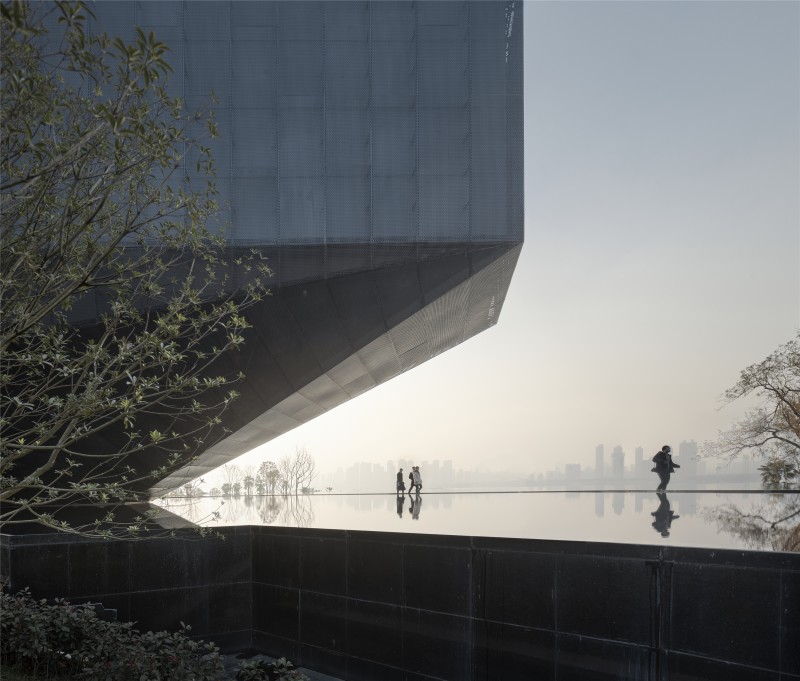 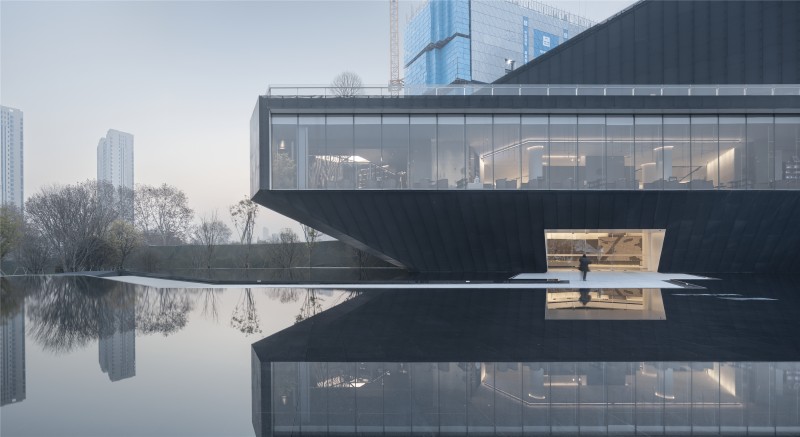 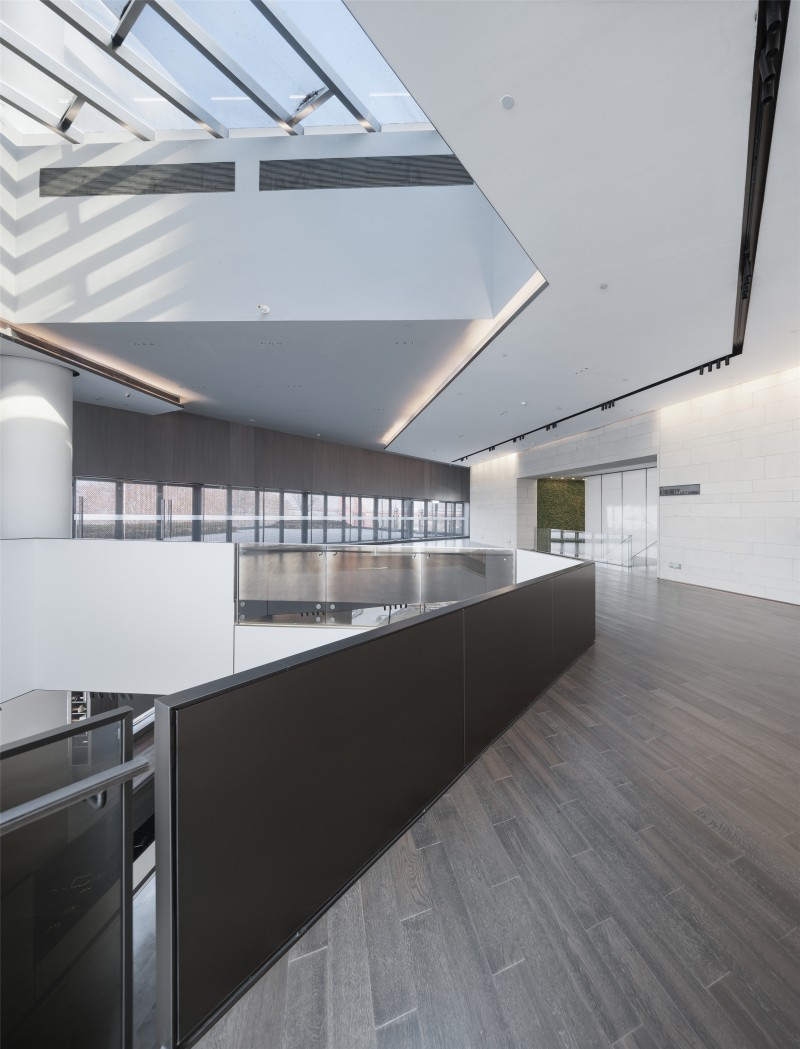 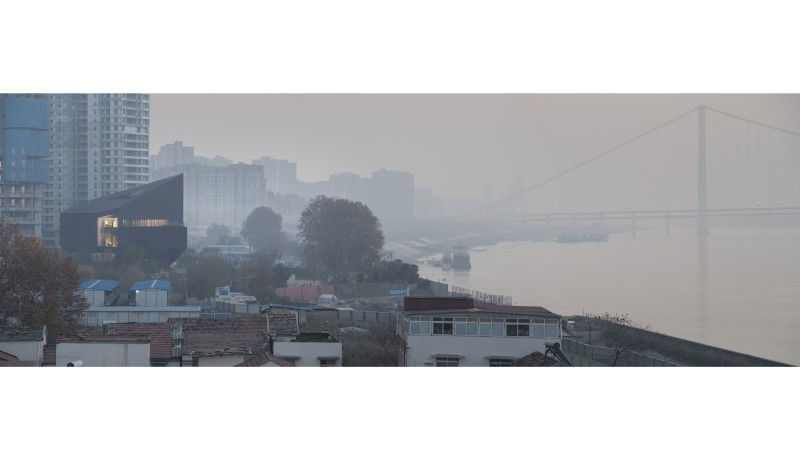 The architecture itself is polysemous, which not only directly expresses the solemn tension, but also interprets the coexistence of strength and lightness. The bottom floor of the building has no windows and is retracted inward, and it is like a ship traveling against the background of the mirrored pool, which brings the fun from the dynamic and static contrast. The meaning of the giant ship is self-evident. As the angle changes, the building is like a thin sheet of paper being folded and shaped, infused with a sense of strength.