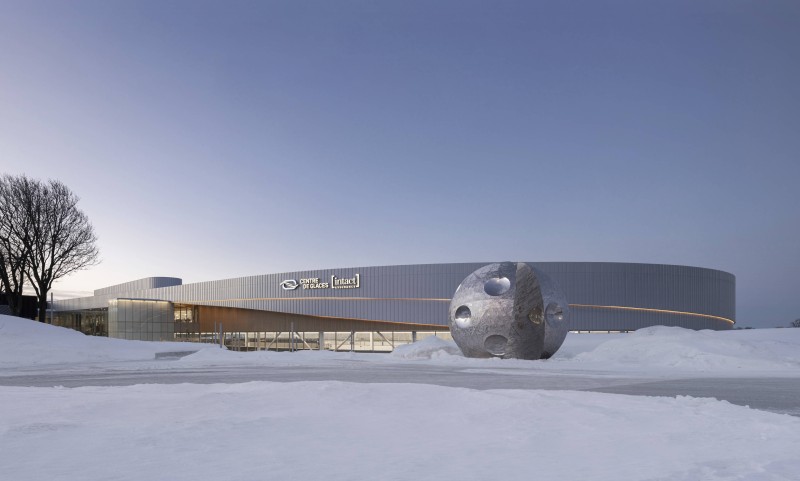 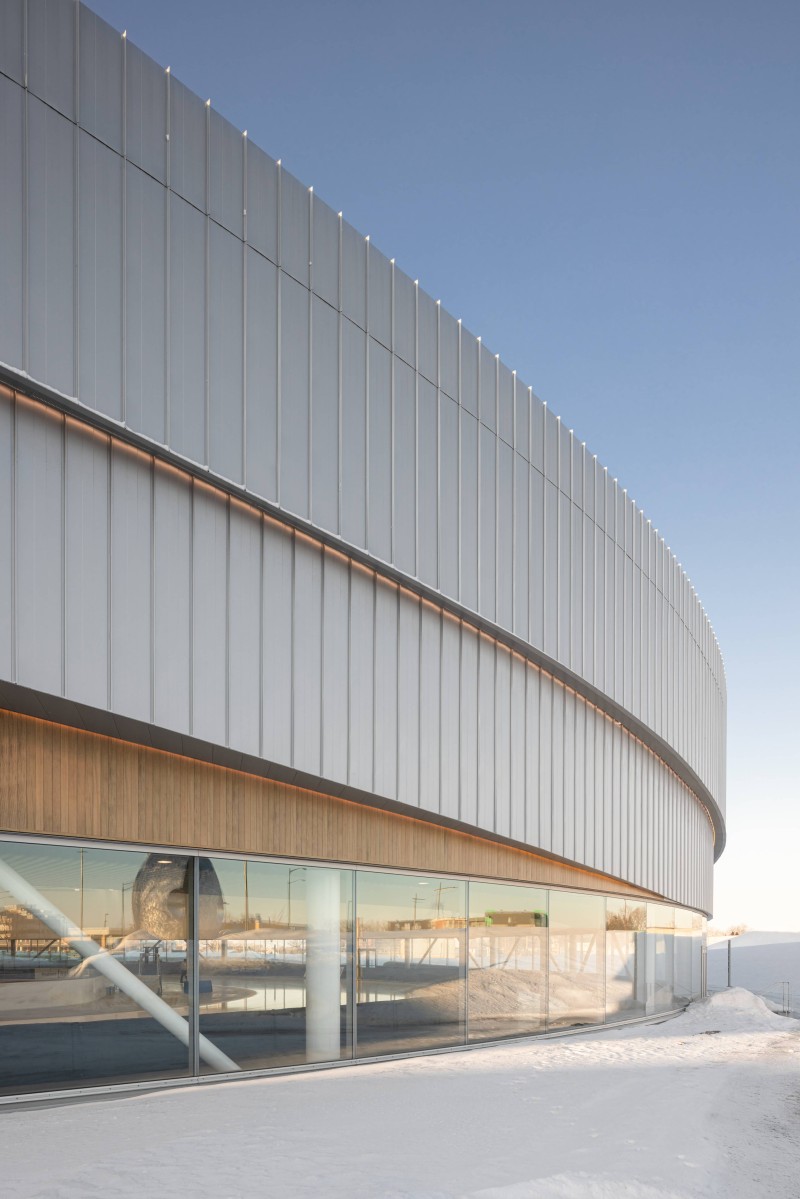 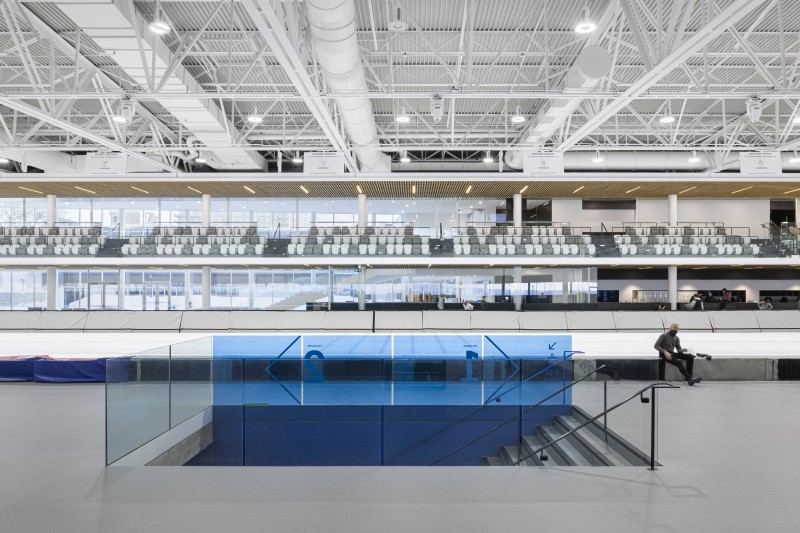 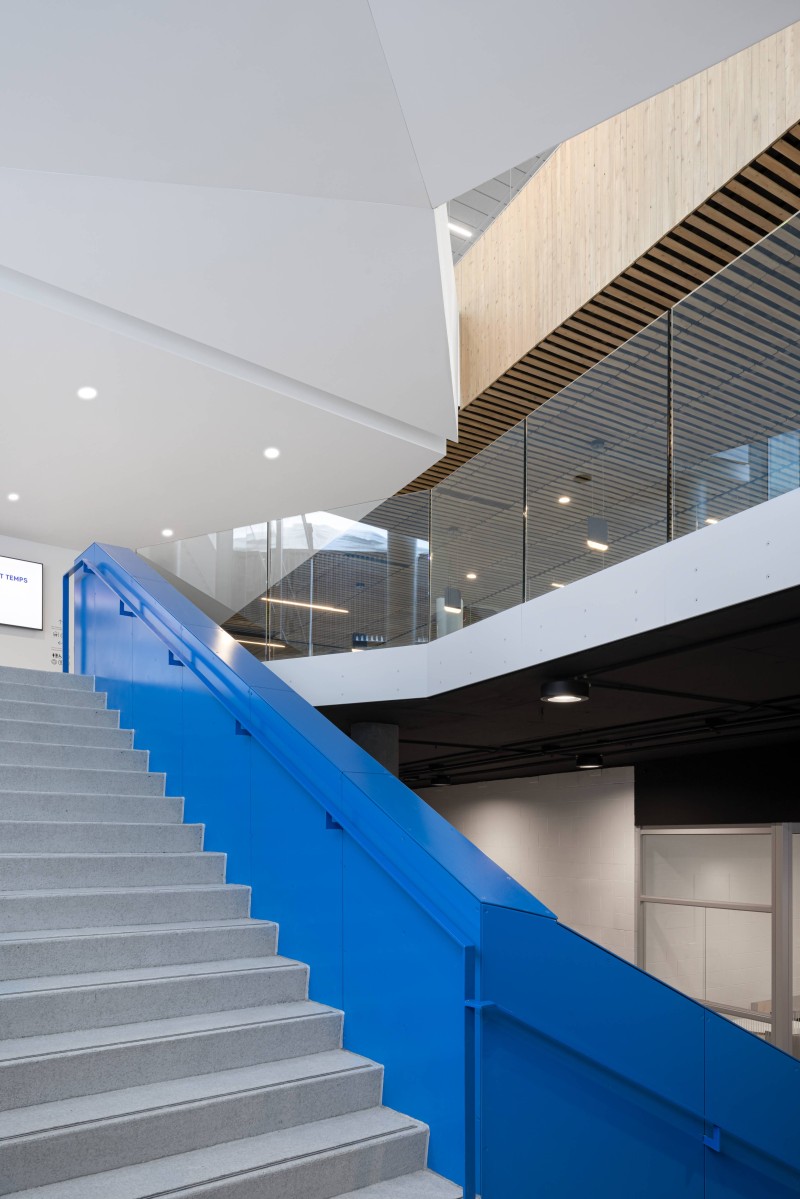 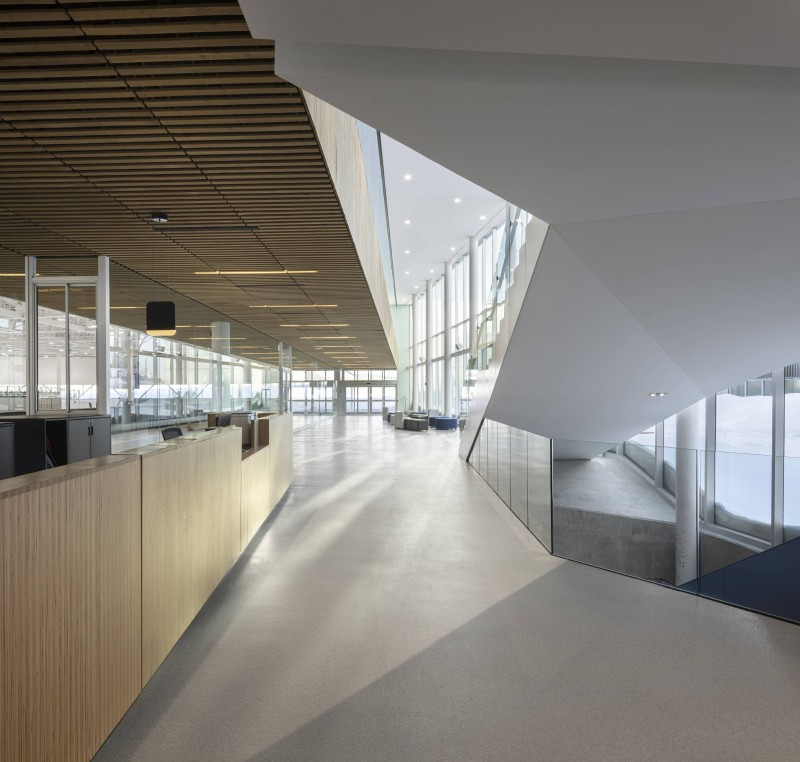 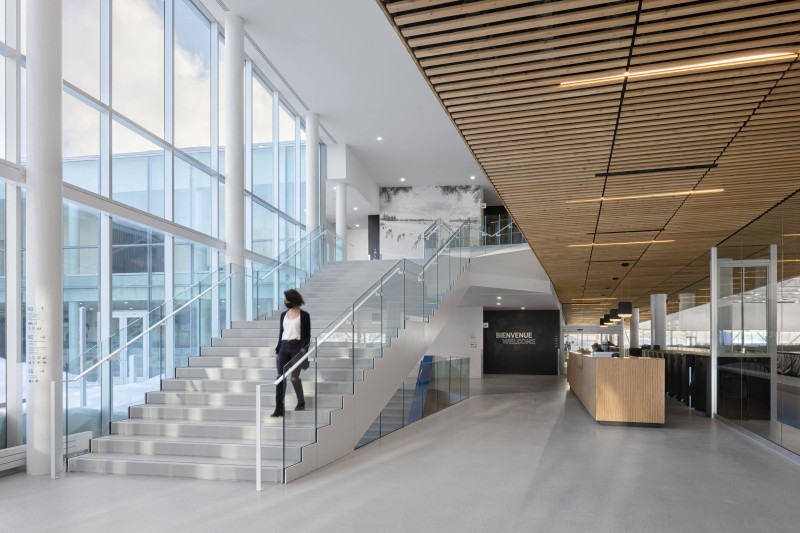 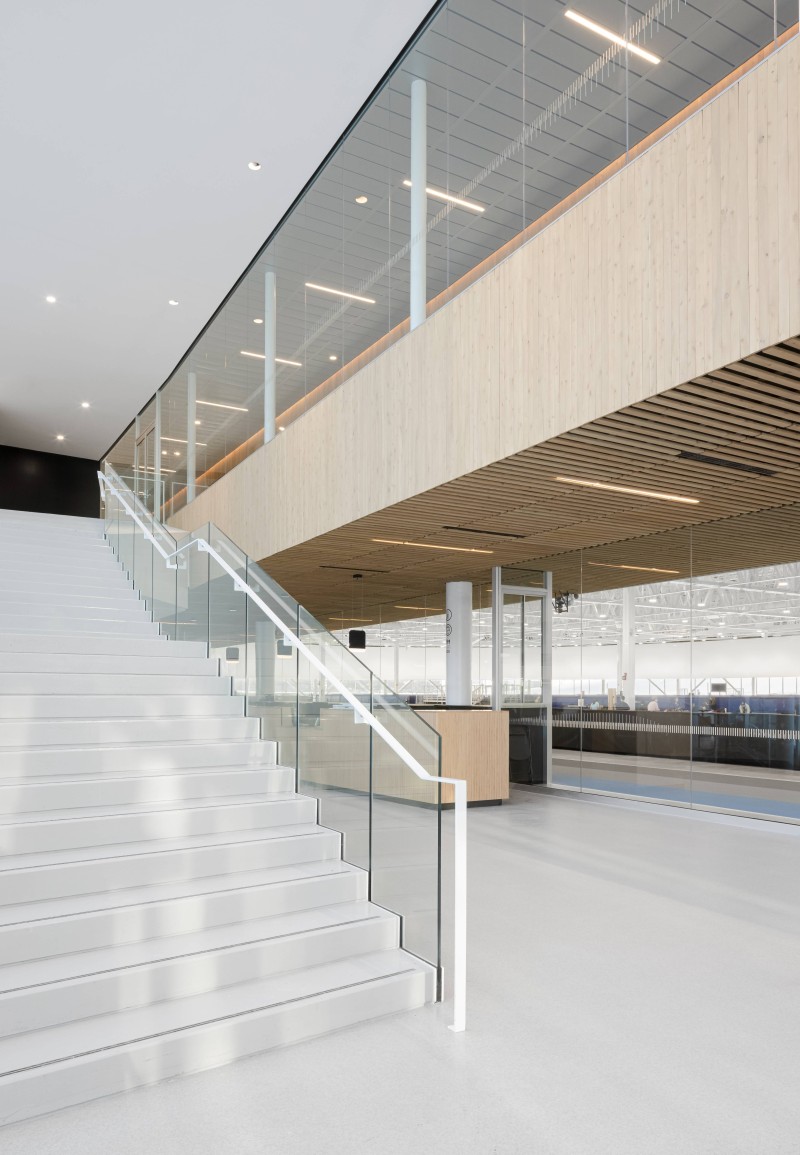 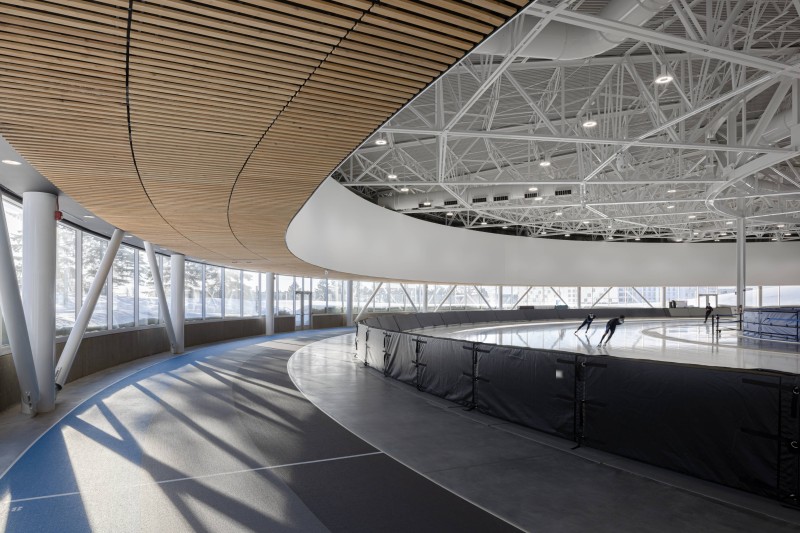 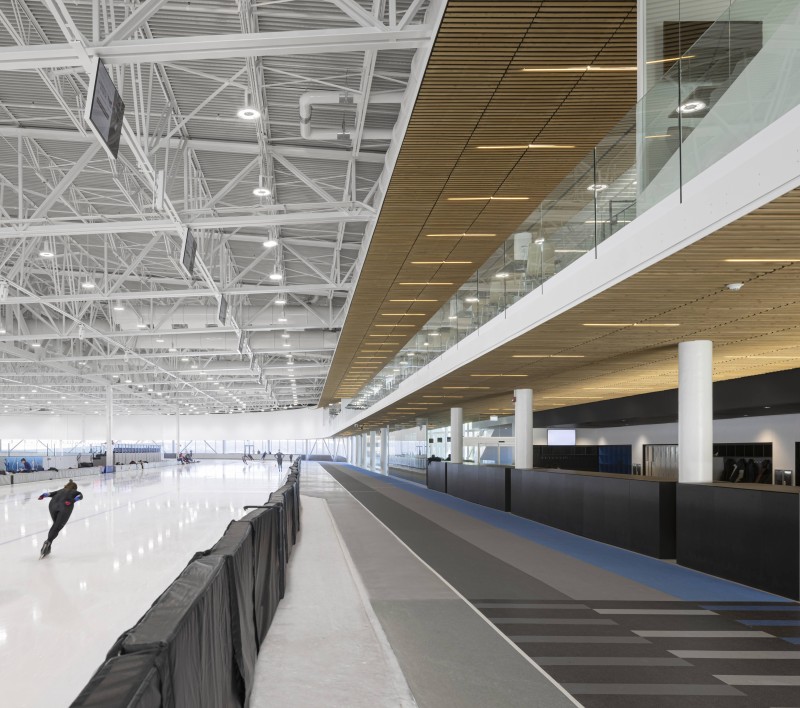 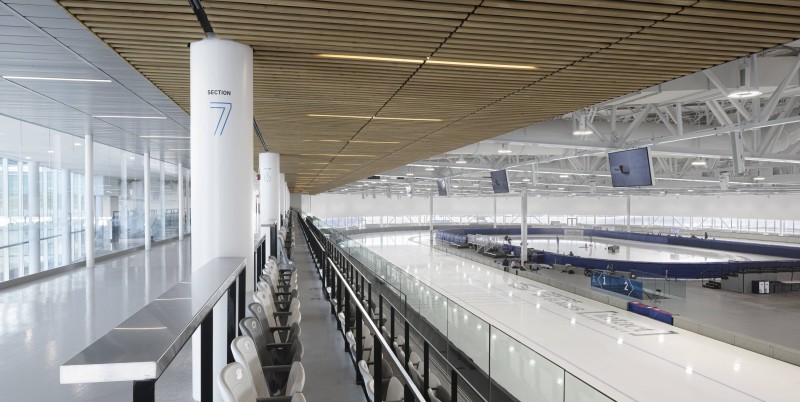 With a combined 13,500 square meters of ice found across a 400-metre oval speed skating track and two multifunctional Olympic-sized rinks, the Centre de glaces de Québec is home to North America’s largest indoor ice ring. Inspired by the speed and momentum of its users, the building is composed of fluid and continuous forms and has the unique appearance of a floating ring. By lifting an entire volume of its perimeter envelope to create a 360-degree band of windows at eye-level, designers put emphasis on absolute transparency and interconnection between onlookers and skaters gliding by.