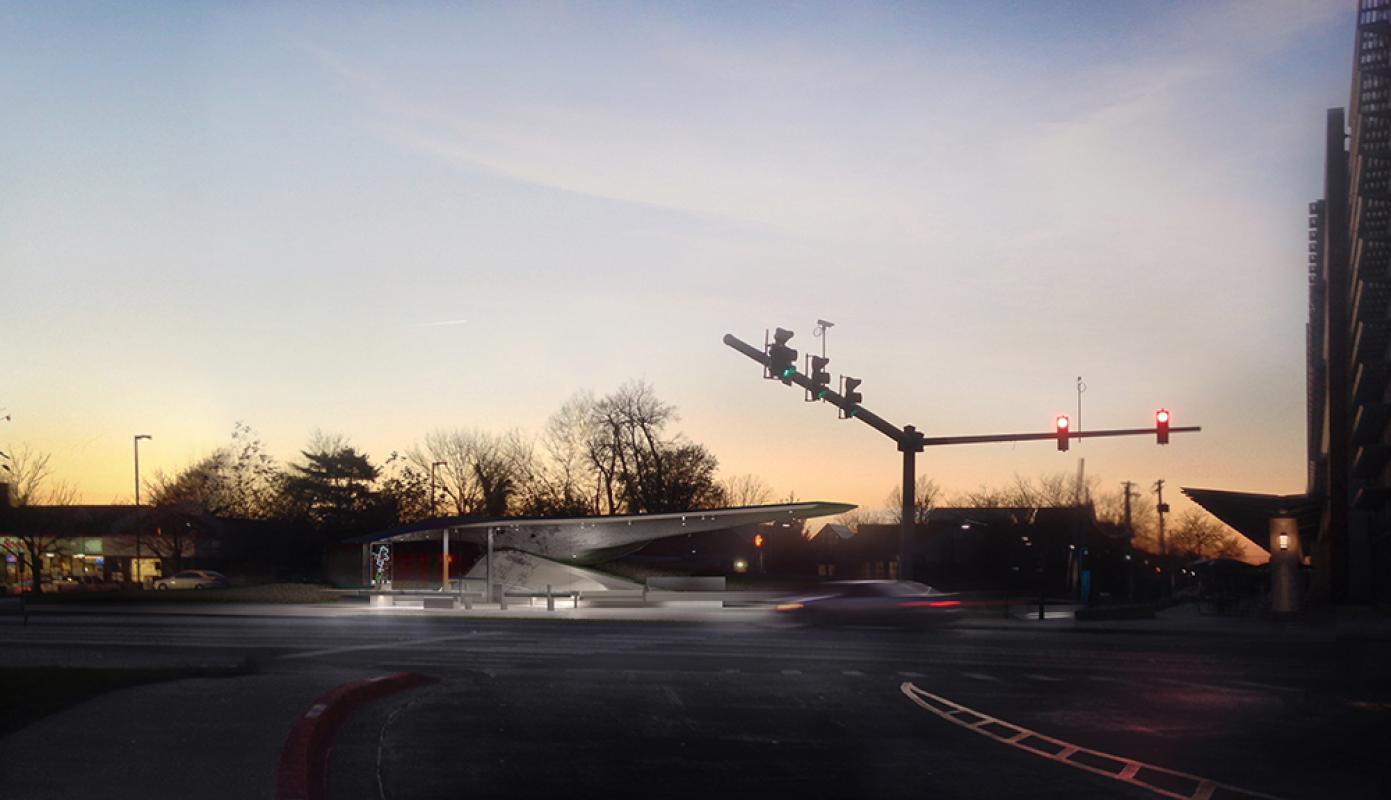 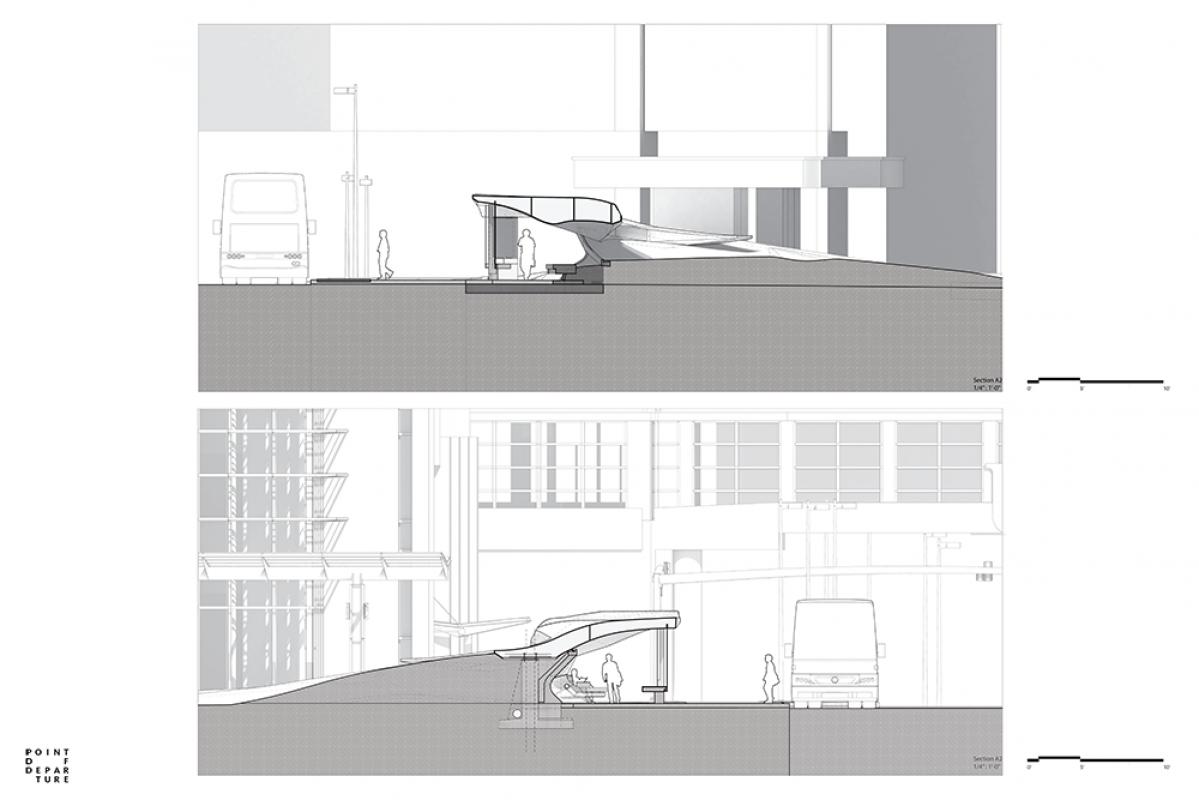 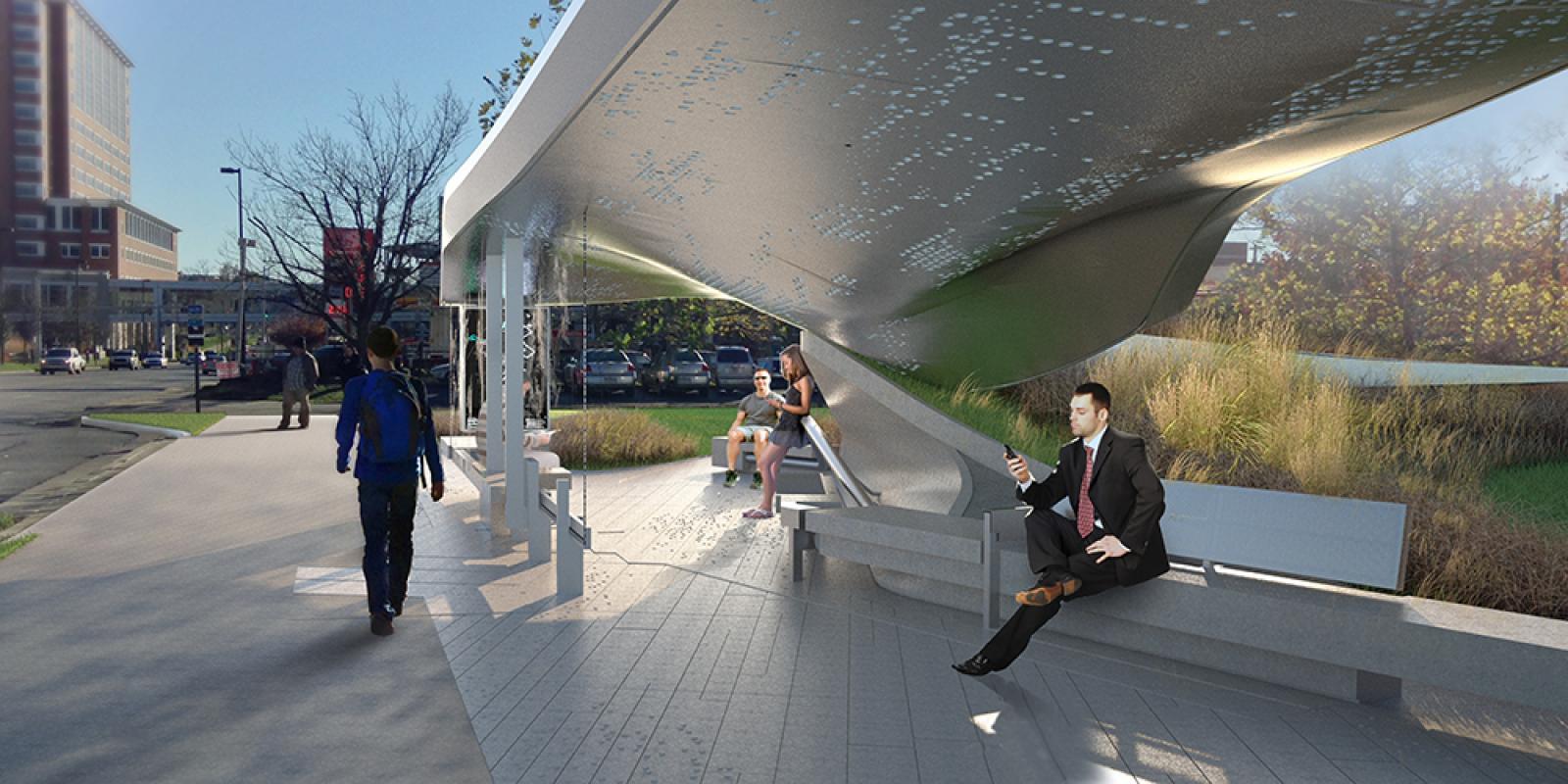 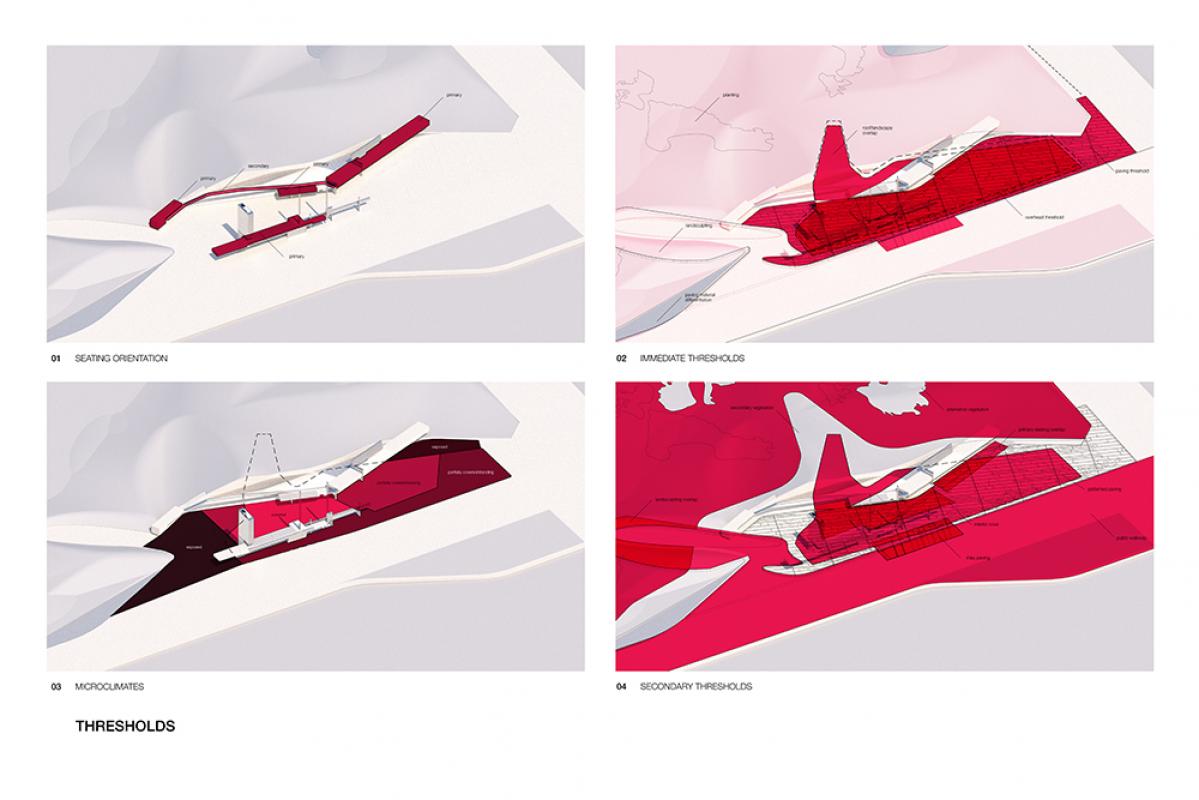 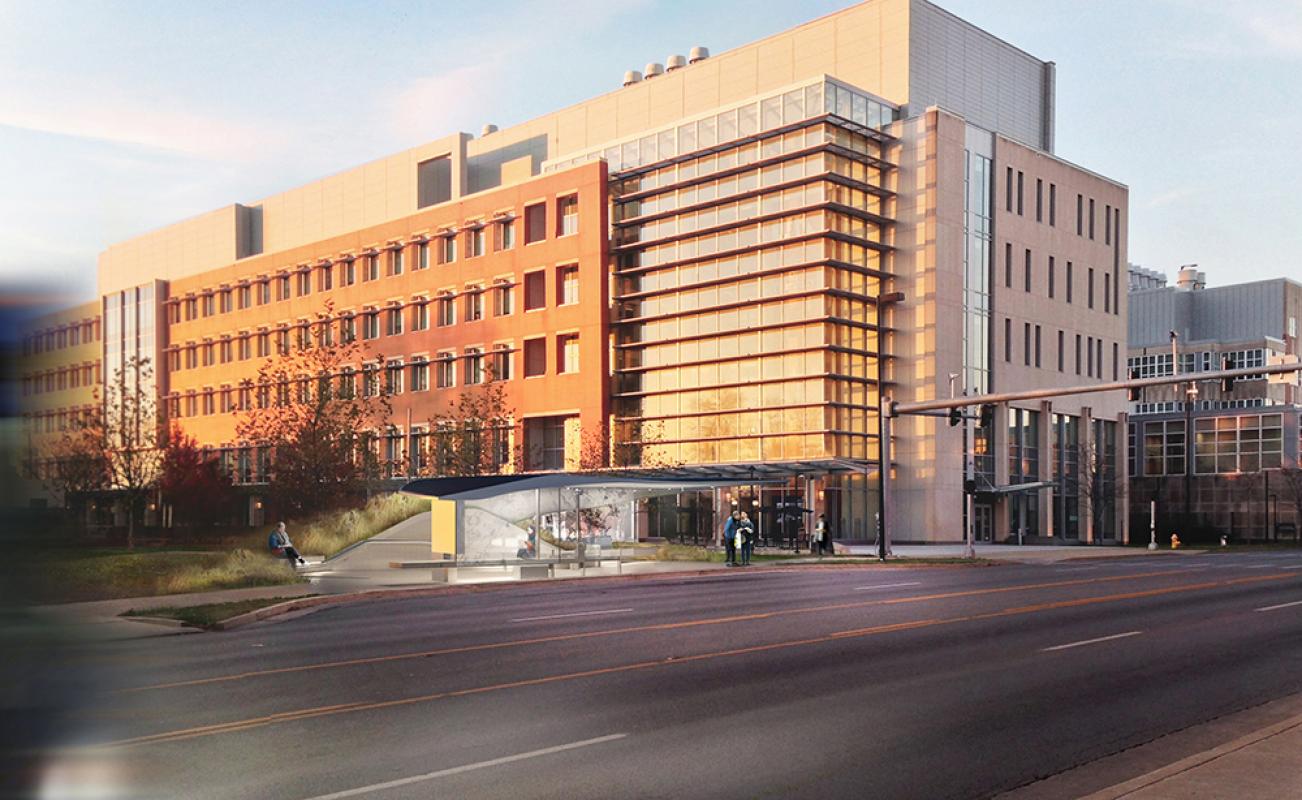 Seeking collaborative research opportunities across the University of Kentucky campus, our team formed to focus on local issues with broader impact. The College of Design School of Architecture, the Center for Applied Energy Research, and the Office of Sustainability coalesced around an idea - explore sustainable issues through the design of a single solar powered transit shelter. However, a single shelter seemed like a missed opportunity; this was our Point of Departure. The studio began in Spring 2015, initially with four architecture students developing four sites / shelters. In coordination, electrical engineering students designed and constructed a solar mock-up and collected valuable data as a proof-of-concept. After several meetings with campus stakeholders the project was listed as “will be built” in the most recent Transportation Master Plan (TMP). The project has continued over the past year with two architecture graduate students, their professor and another co-principal investigator in the CAER with a growing team of expert consultants. The Project: We need to reimagine our urban campus through strategic acupuncture - a series of interactive, networked, didactic, and iconic structures. Transit shelters are ideally located along major public thoroughfares at the edges of campus, maximizing their outward impact, engagement and visibility. Each design revealed latent site opportunities to express its identity to students, visitors, Lexington and beyond. The structure and site link master planning concepts of “Enhanced User Experience Through Communication and Technology,” with sustainable transit and energy production creating event spaces not often associated with transit shelters. Our goal is to empower students to shape the future of campus via integrated, sustainable designs - making the campus a living laboratory. The project leverages design thinking in a campus context, blurring relationships between the academy and profession. The shelter becomes a living laboratory for campus, and the architectural studio a living laboratory of the profession.