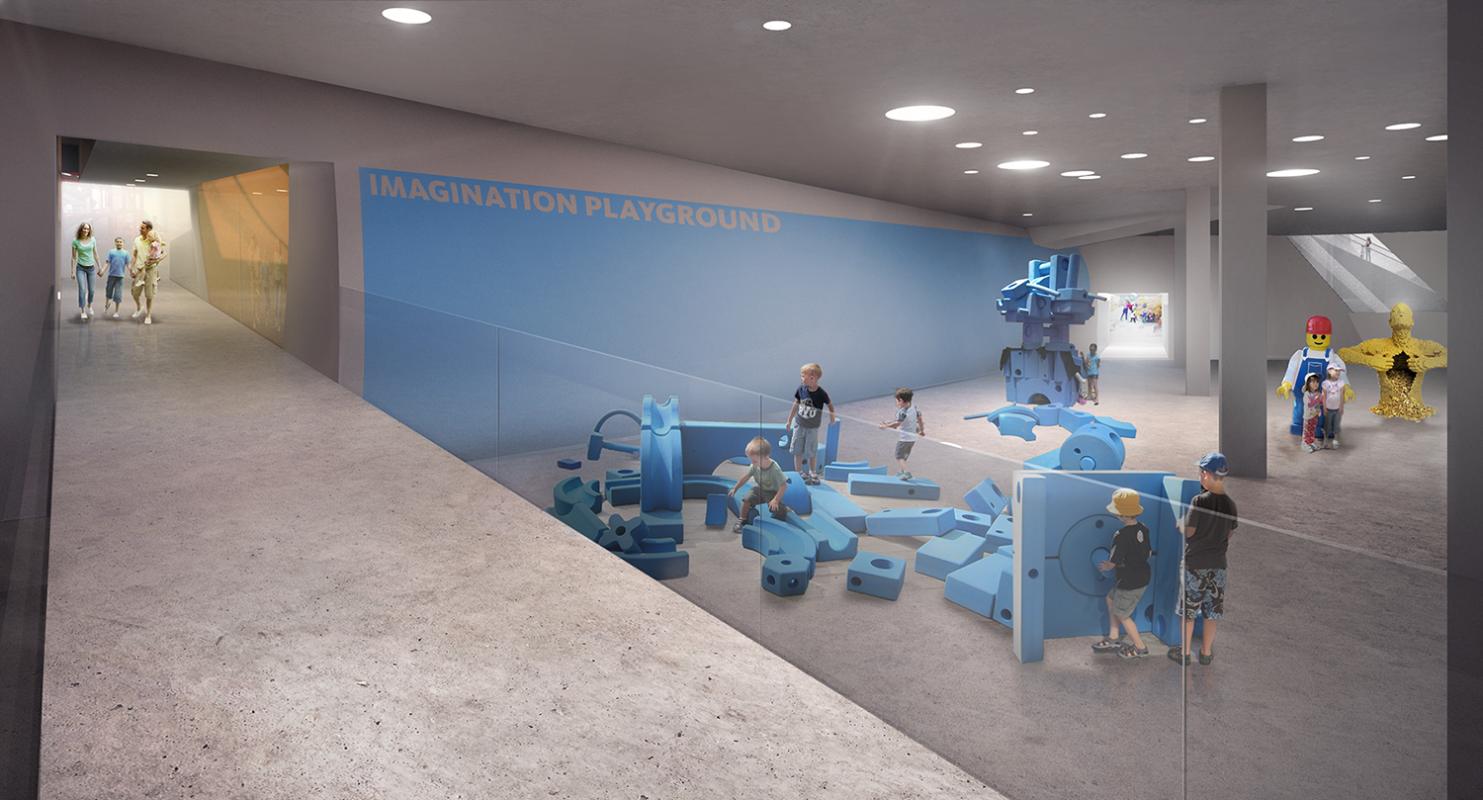 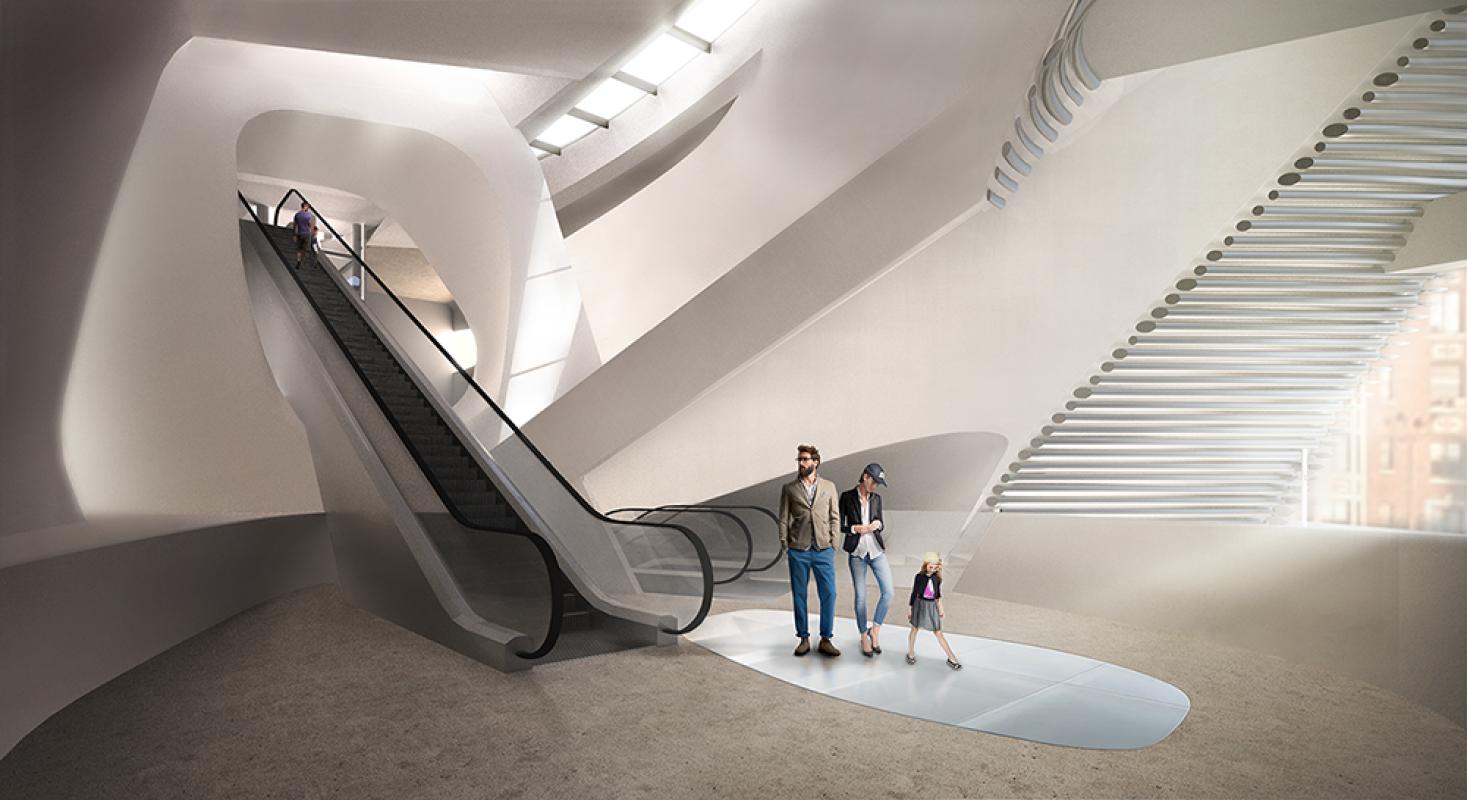 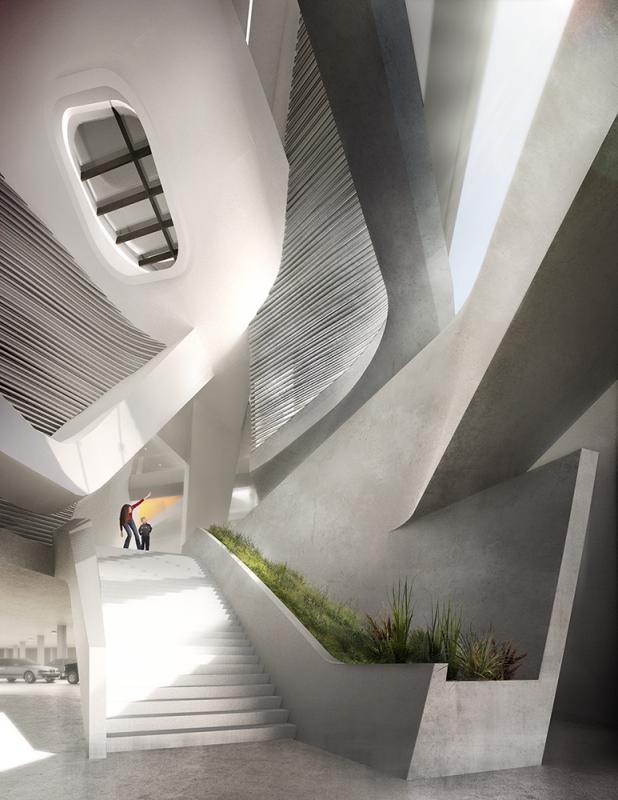 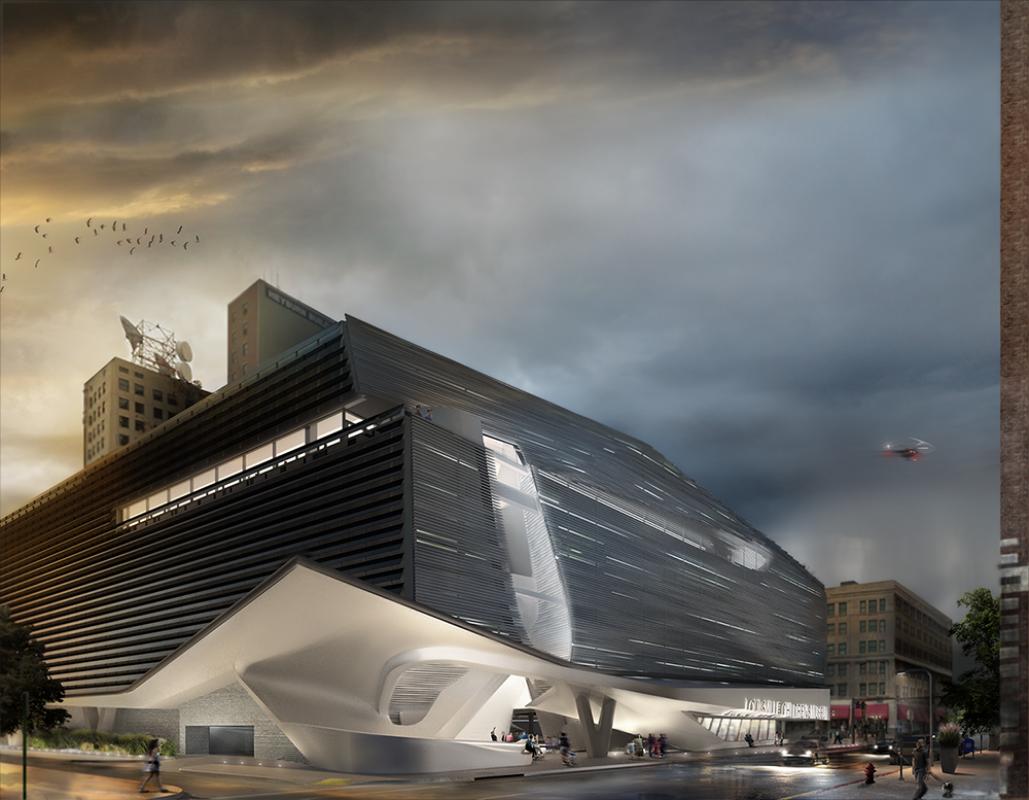 Children are naturally curious, seeking opportunities to playfully explore the wondrous world. Wonder and the process of discovery are fundamental to the mission of a children’s museum and our strategy. We seek to engage the minds potential via an innovative architectural expression that activates the senses, ignites imagination, and heightens anticipation of new discoveries yet to be revealed. We used the competitions urban campus goals to bring a larger civic idea to the site, the park system by Fredrick Law Olmstead that is a treasure and point of pride for Louisville’s citizens. The idea separated vehicular and pedestrian traffic to address the campus connection between the parking garage and high tech office incubator building. This was achieved via the pocket park and below street entry path to the museum thus addressing safe access between them for children and large groups. The street level program is organized so that the museum store, auditorium, and temporary exhibition gallery can be securely closed off from the rest of the museum outside typical hours of operation. The ability to segregate these spaces allows for special fundraising events or as pre-function event spaces directly engaging city life. The design leverages the internal and external environment revealing the urban context as an extension of the museums and its function. The parks landscaping s and water feature become natural exhibits, while passively cooling the site. This cool air is drawn through the under street entrance up through the atrium to windows along the west wall of the “cross-void,” evacuating the rising warm air. In colder months, warmer air collects in the upper atrium, producing a tempered zone where ticketing and entry occur. Passive and active strategies, sustainable plantings, and integrated solar increase the overall sustainability and produce a museum that is itself a didactic exhibit.