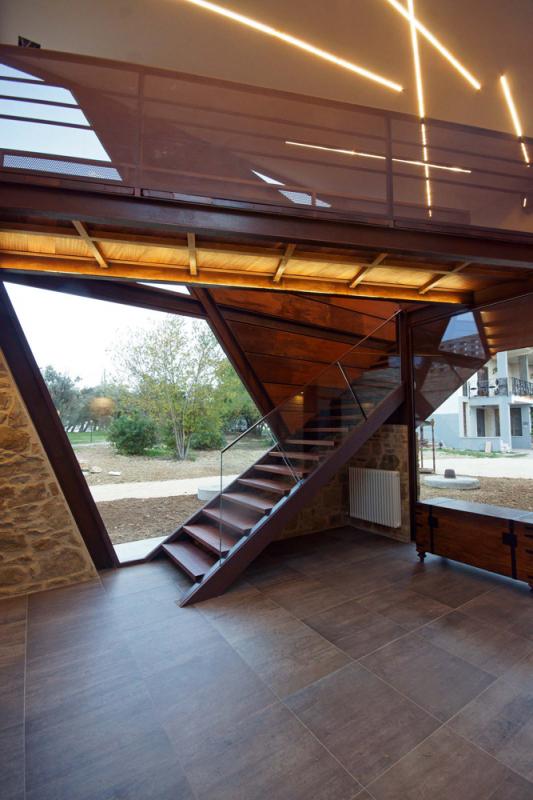 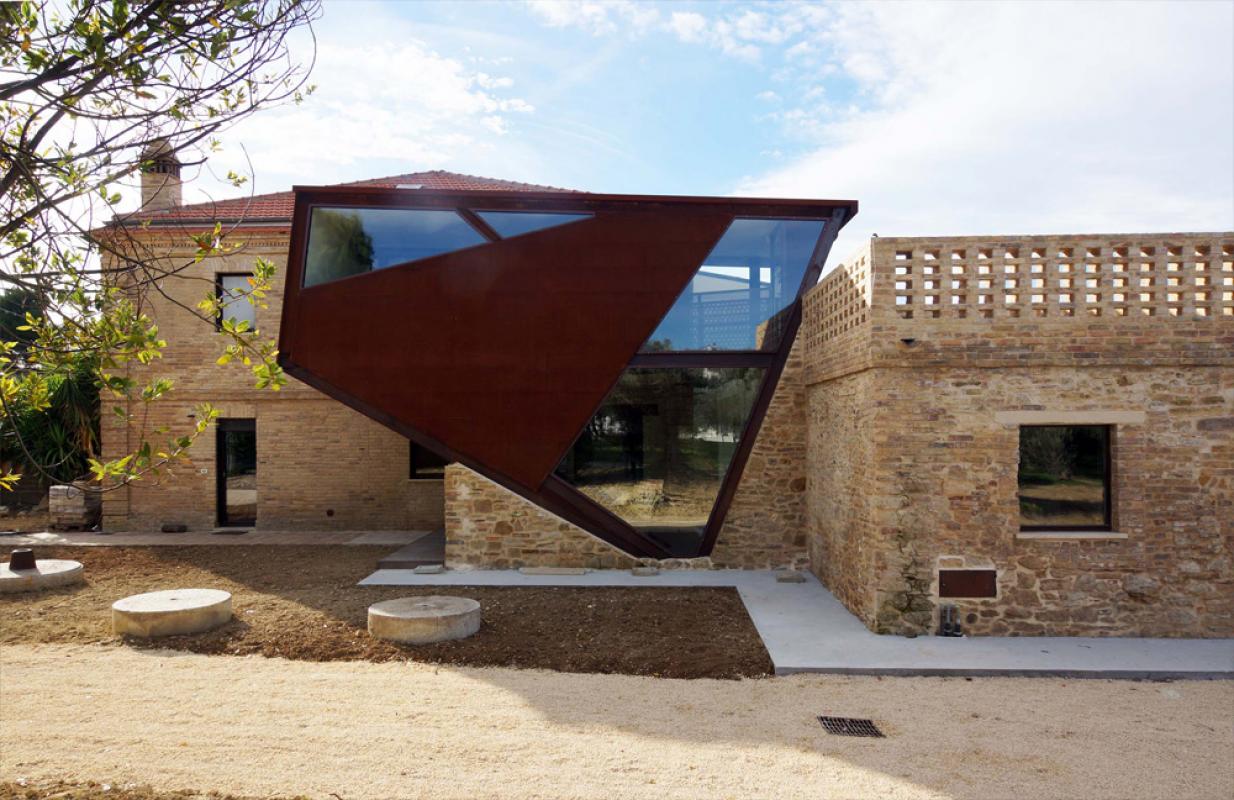 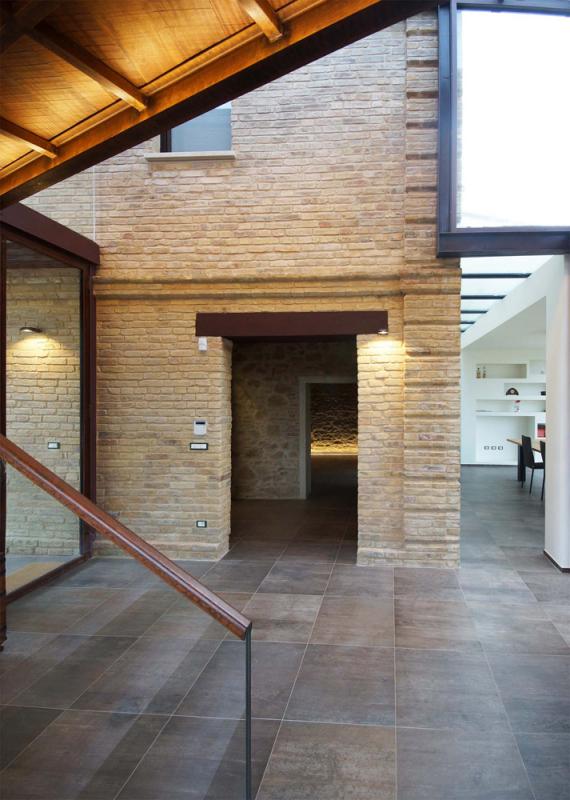 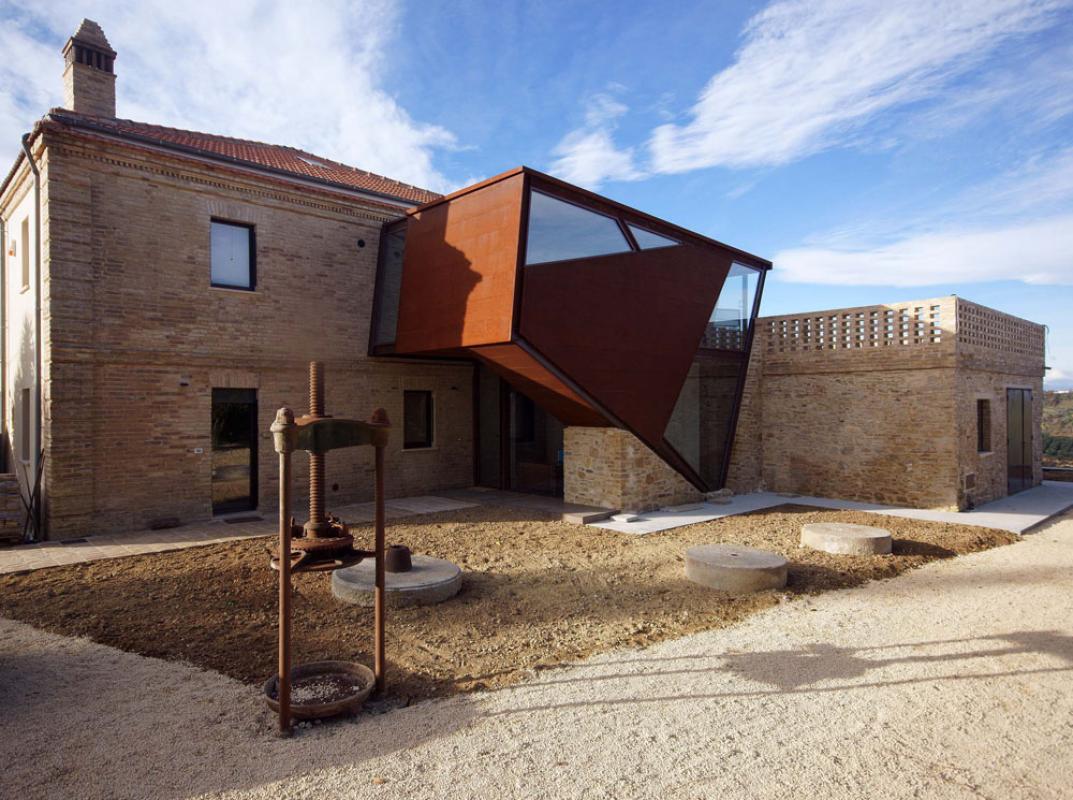 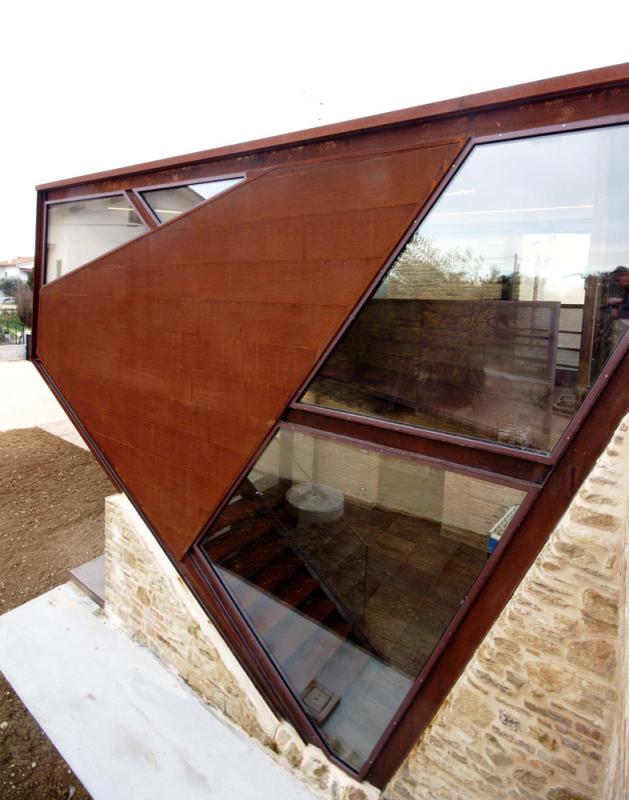 Intervention aimed at the renovation of a building brick of the late nineteenth century. The premises were intended partly to residence and partly as a oil mill. The two old buildings, are connected through the insertion of a new structure, the space of the hinge, with hall functions corridor and vertical connection. The shape comes from the function oblique cut follows the line of the staircase, the landing of the staircase becomes the roof of the main. A foreign element such as shape, harmonized colors, introduces a dynamism to the classical forms, typical of the Abruzzo countryside. The connecting structure is made of Corten steel and glass, which echoes the forms of some of the century machines used for the processing of agricultural products. The addition of a new dining room in the West, using a modern architectural language, is detached from the nineteenth century by a horizontal plane of glass walk. The cuts of top light divide the old structures from contemporary ones. The old buildings are made of local sandstone mercy and old handmade bricks with warm colors yellow. The colors of the materials used are similar to Corten steel, dark brown stoneware for the floors. The treads of the stairs and walkway are made of mahogany. The lighting system is through the use of LED luminaires in warm light (3000 ° K) enhances the colors of the materials used The brick vaults of ancient environments, to highlight the agricultural origin of the house, were left to vistai. Get into the box steel and glass is like going through a time portal that through the colors and materials heralds the old buildings that connects.