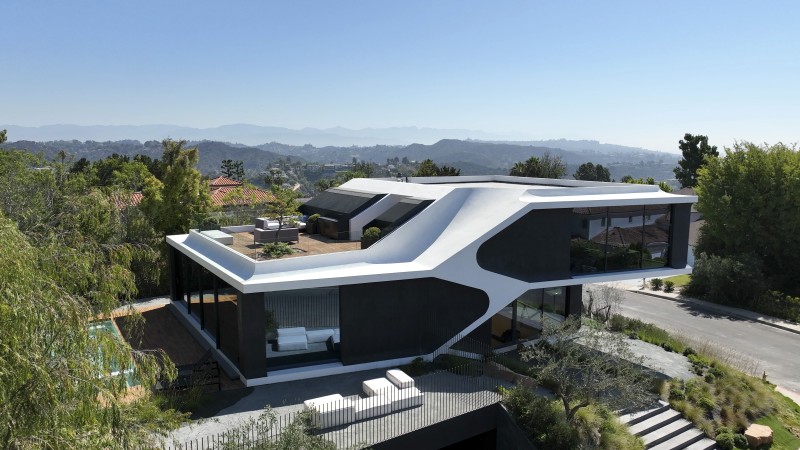 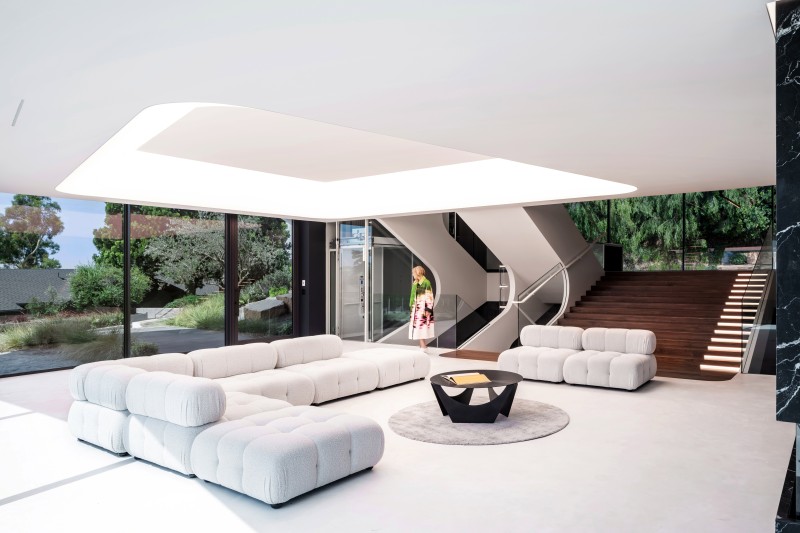 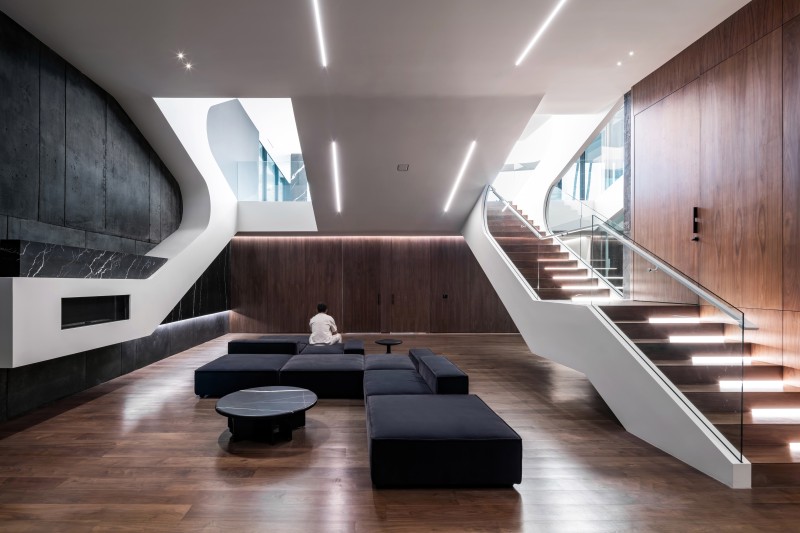 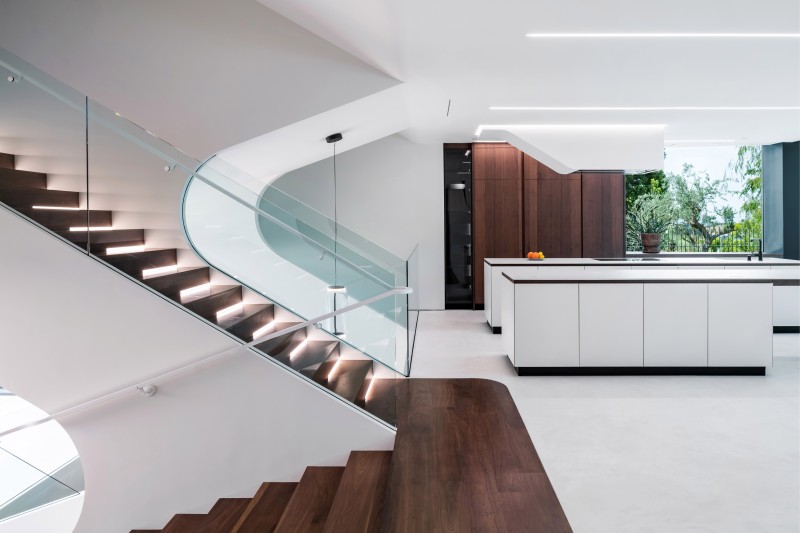 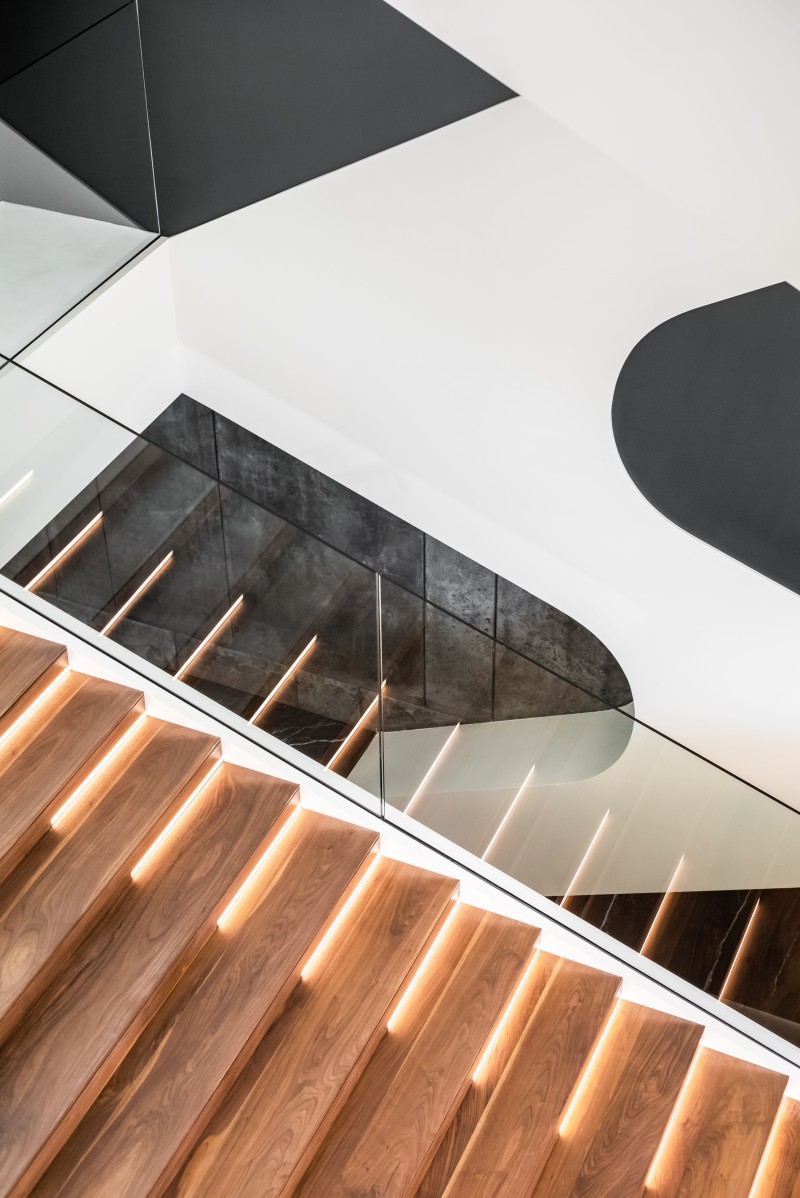 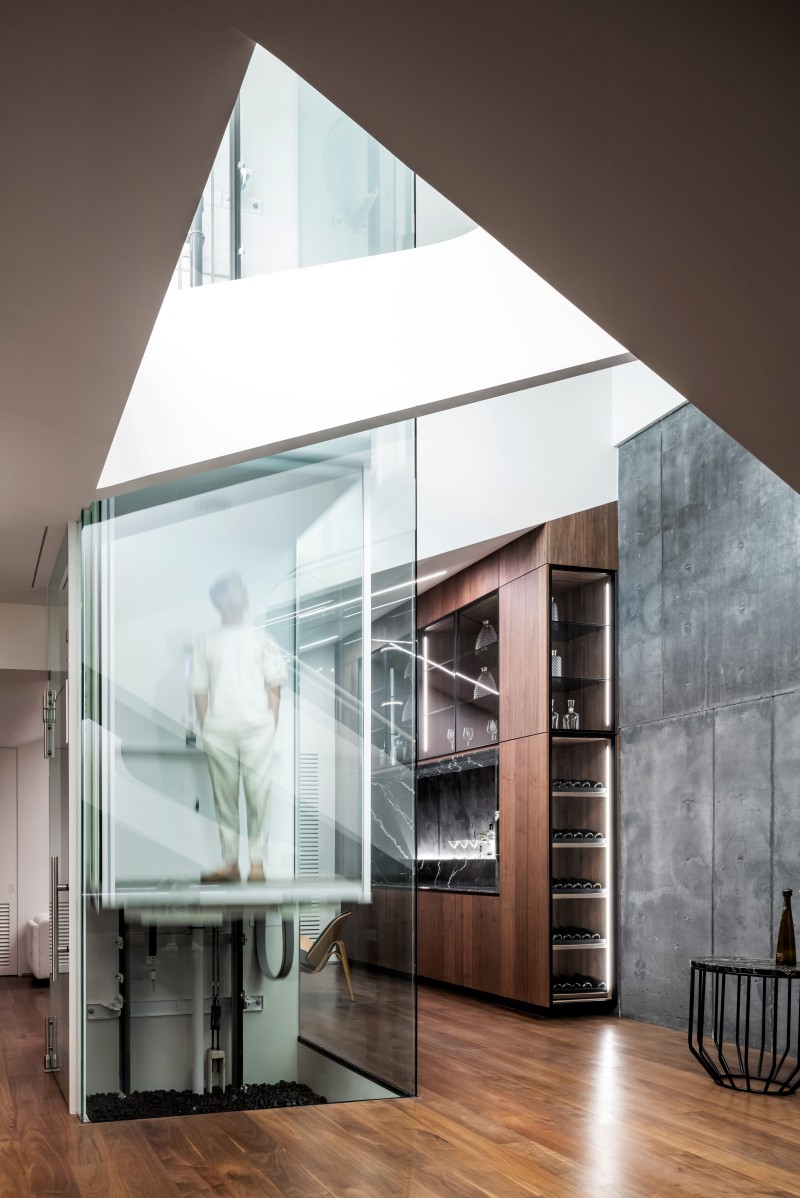 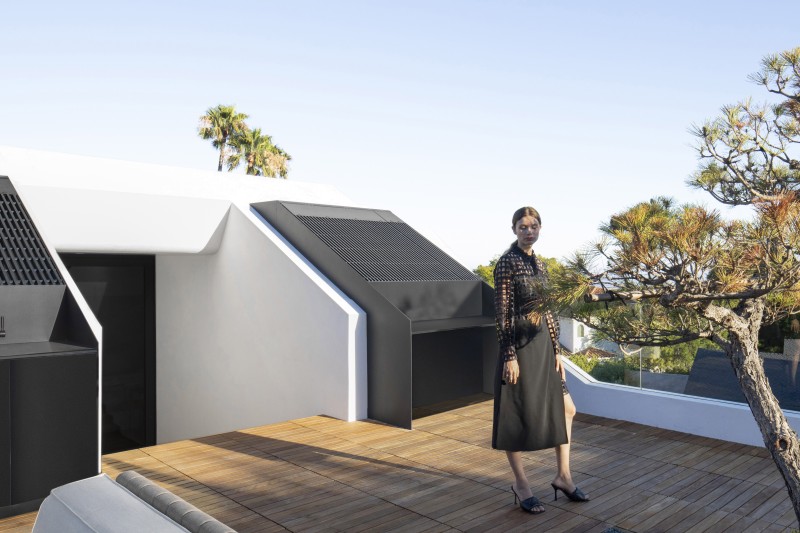 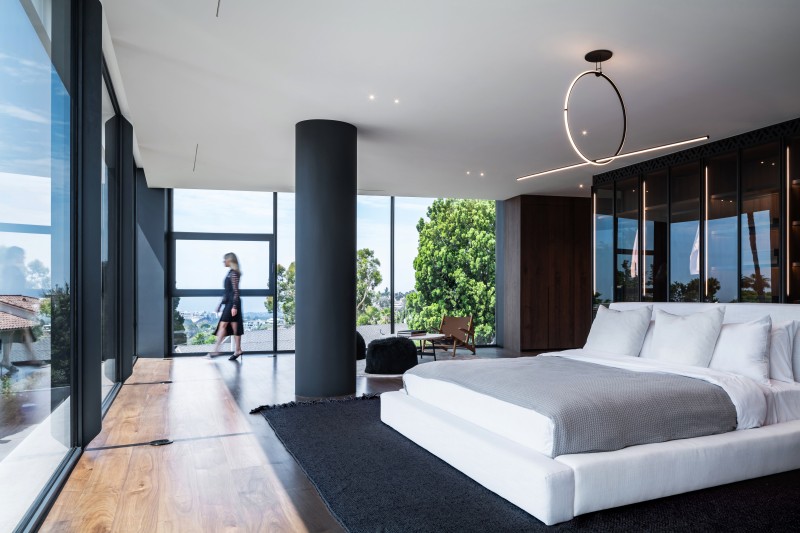 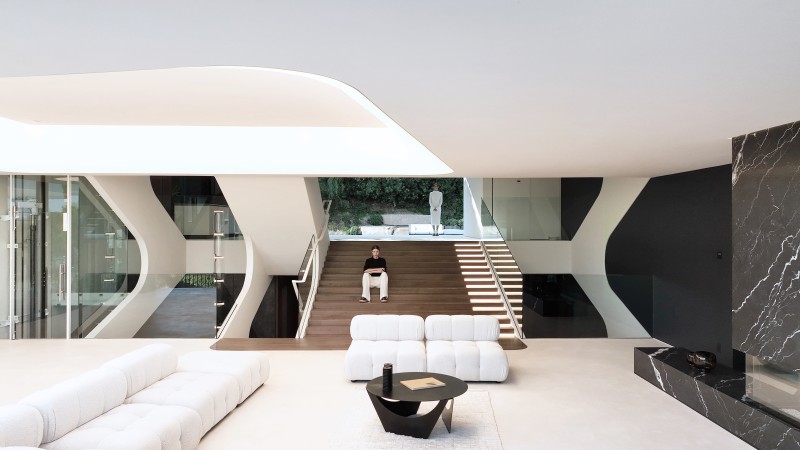 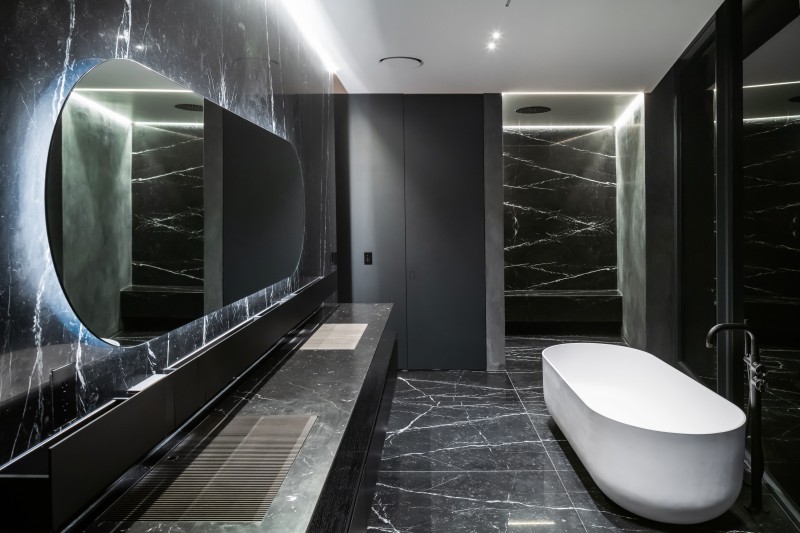 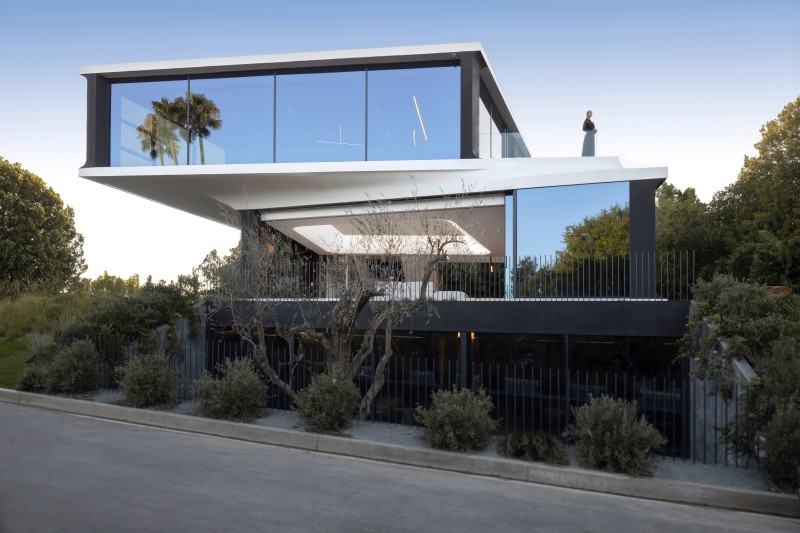 Perched on a hilltop in the Bel Air neighborhood of Los Angeles, overlooking the Pacific Ocean and the Los Angeles basin, the project gently lands a dynamic building on top of a buried podium that replicates the natural topography that was once there, before the area was subdivided for development. The project utilizes the split-level design to follow this topography uphill and to connect the floor plates with half-story connections.