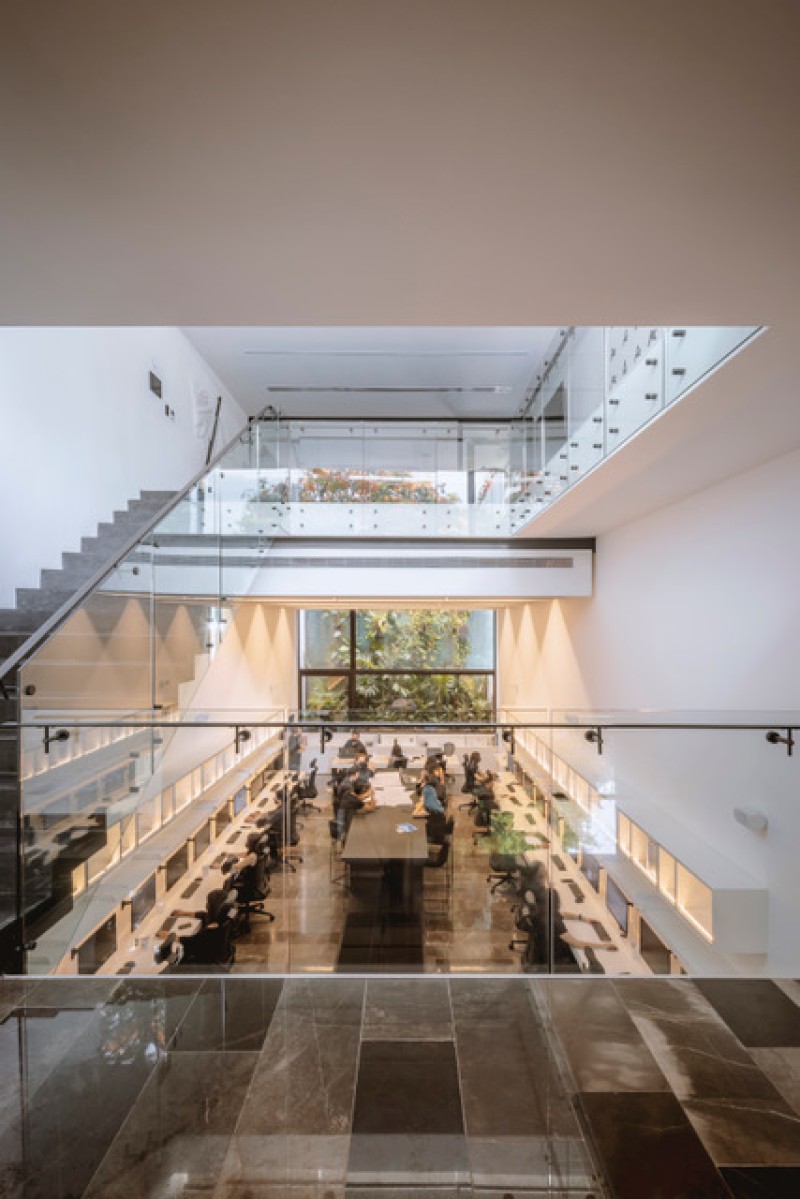 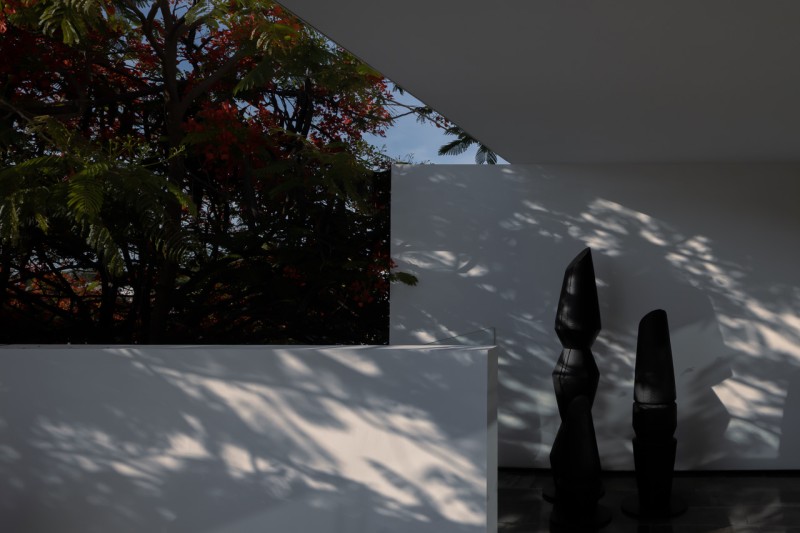 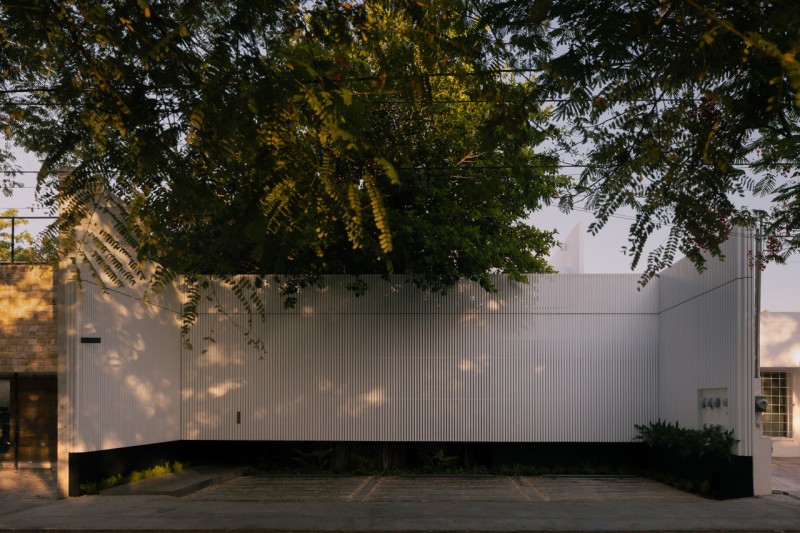 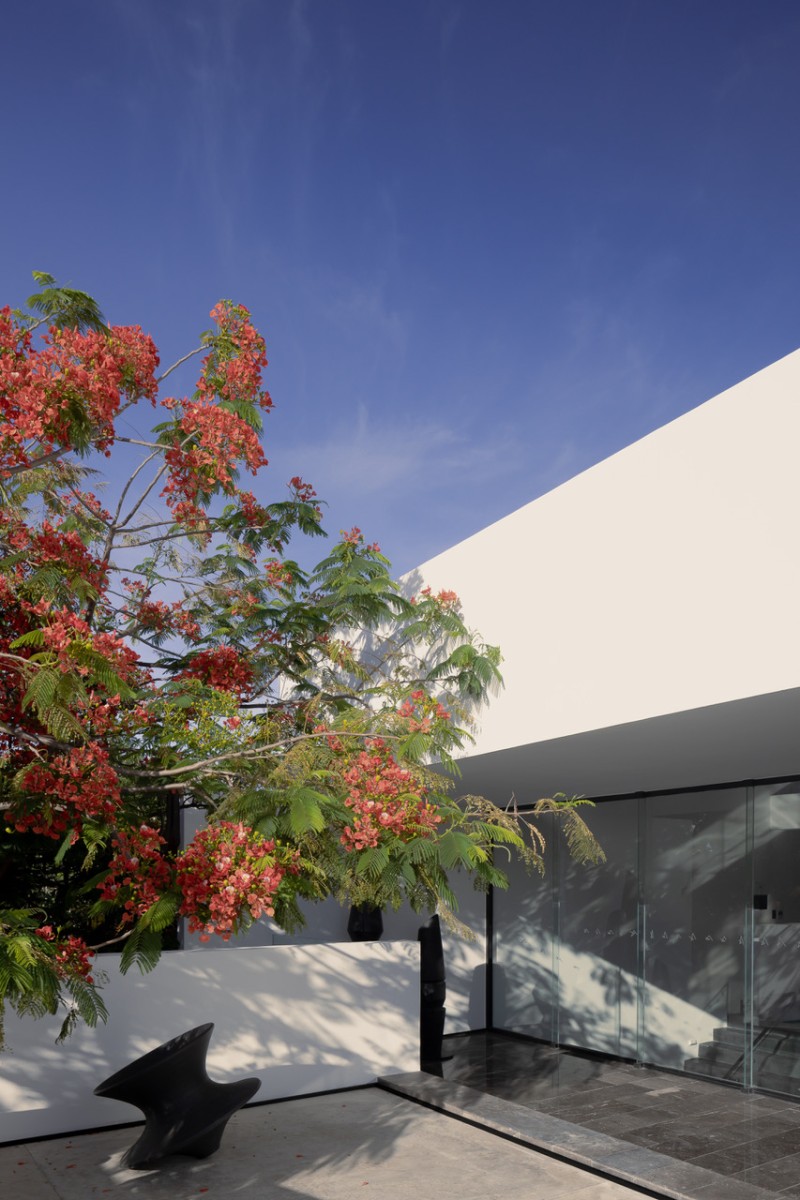 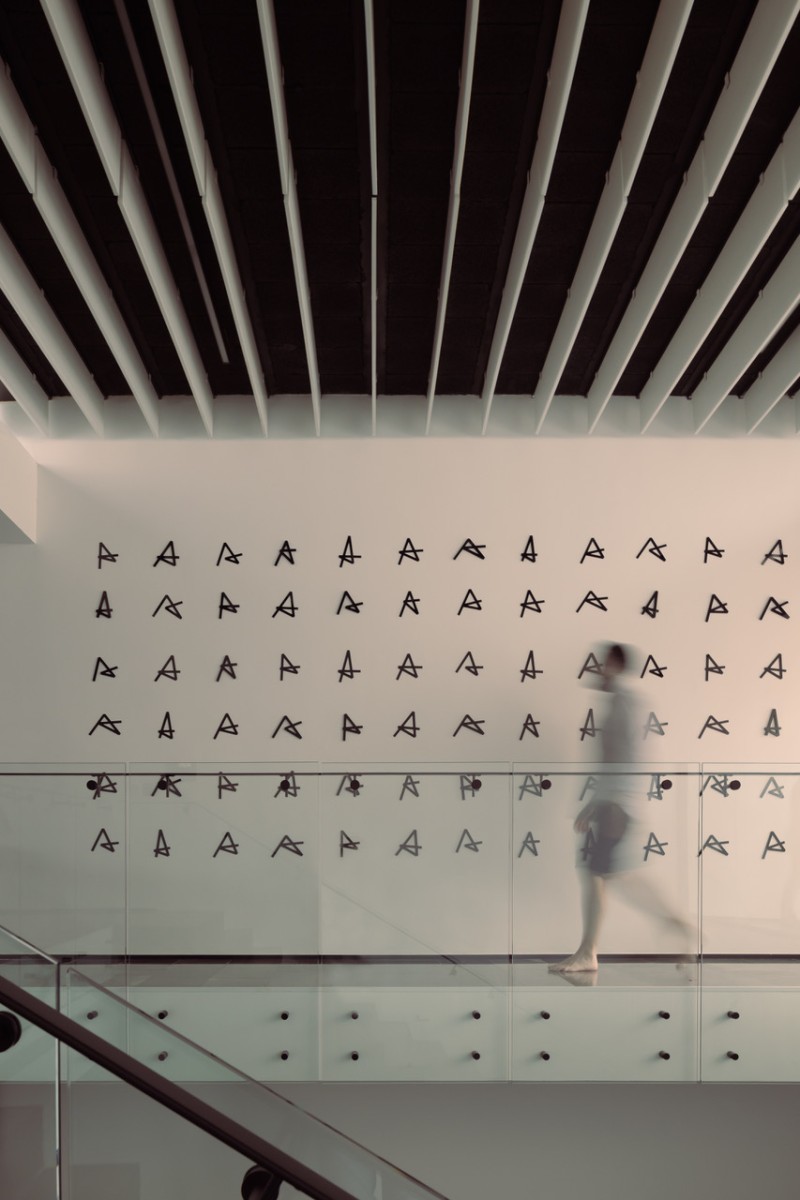 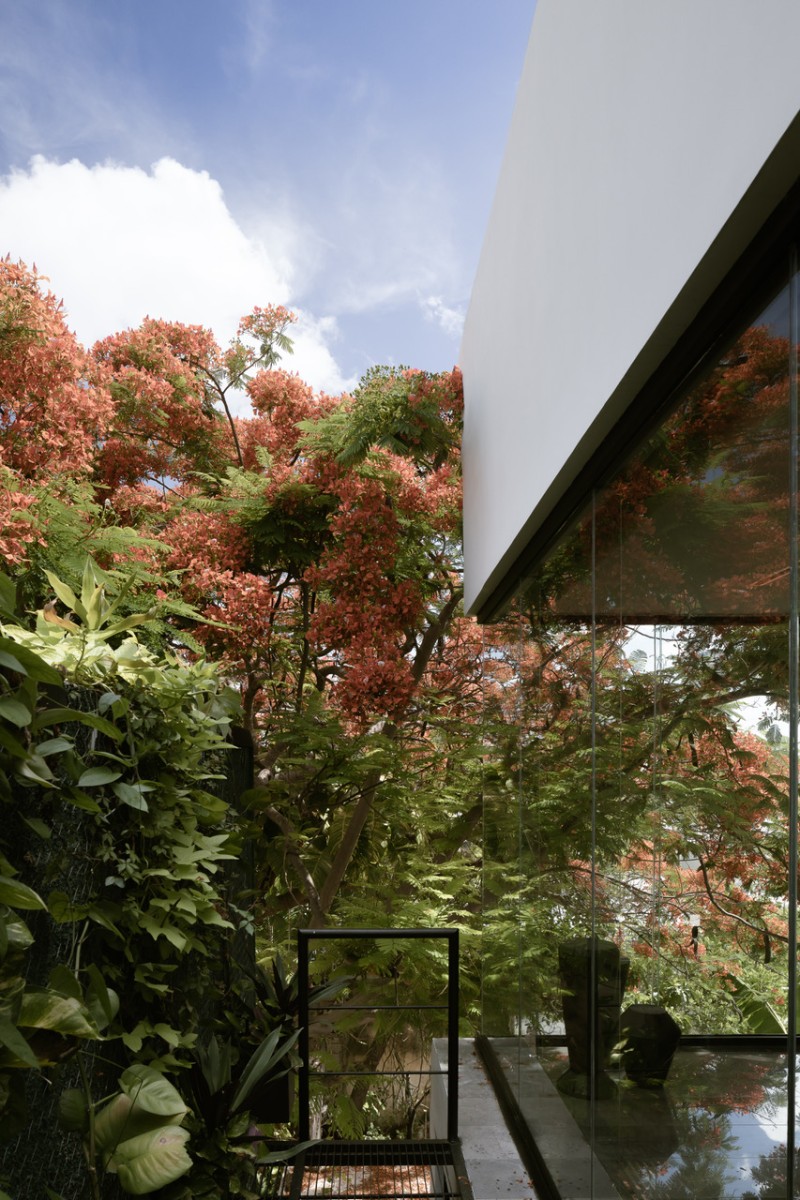 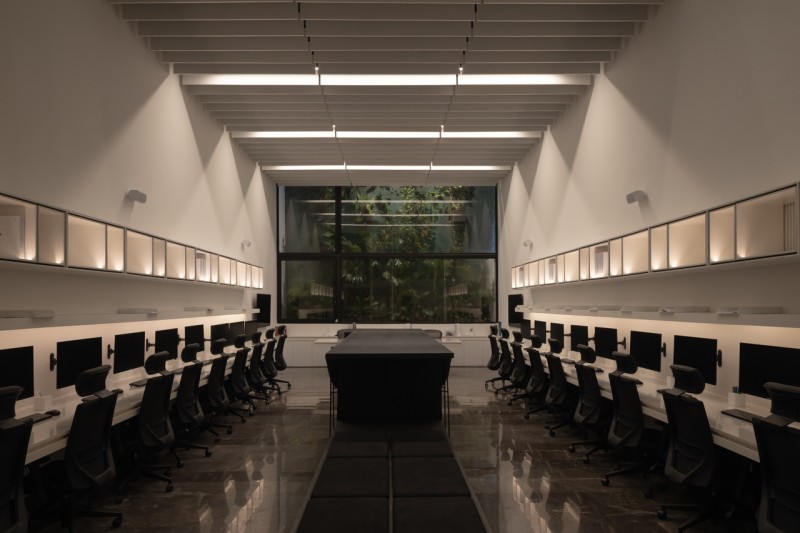 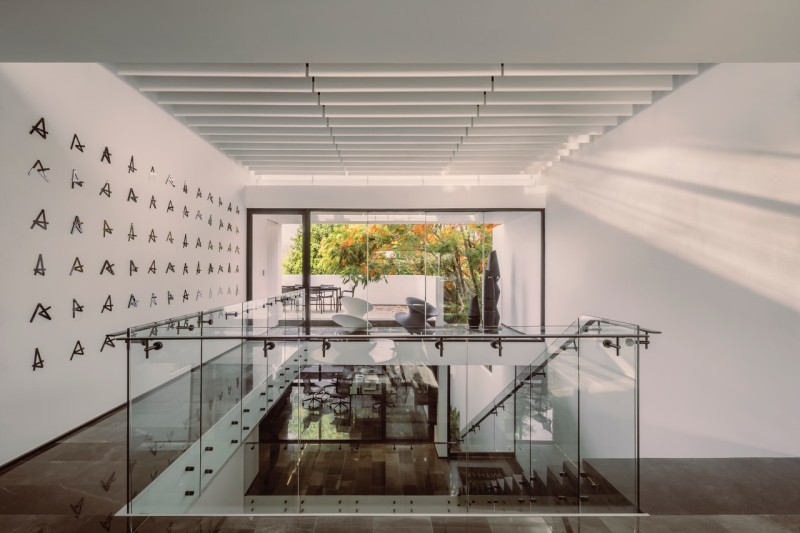 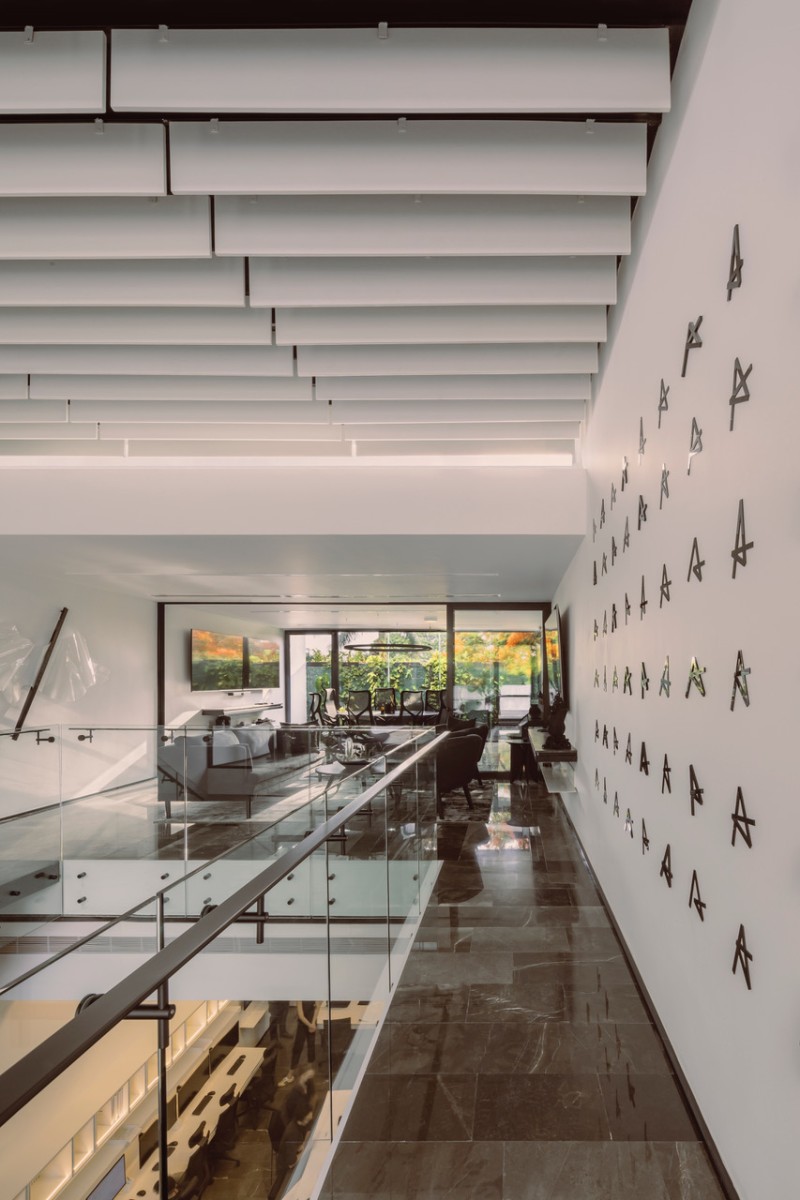 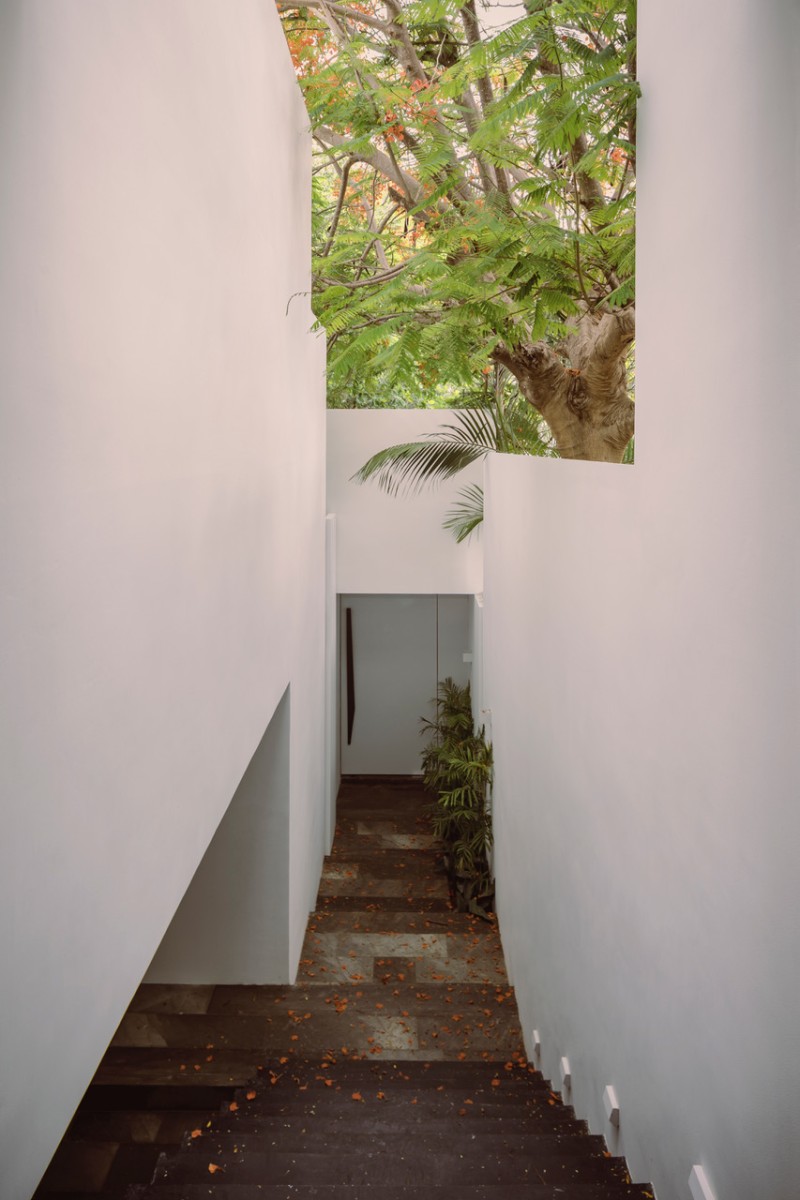 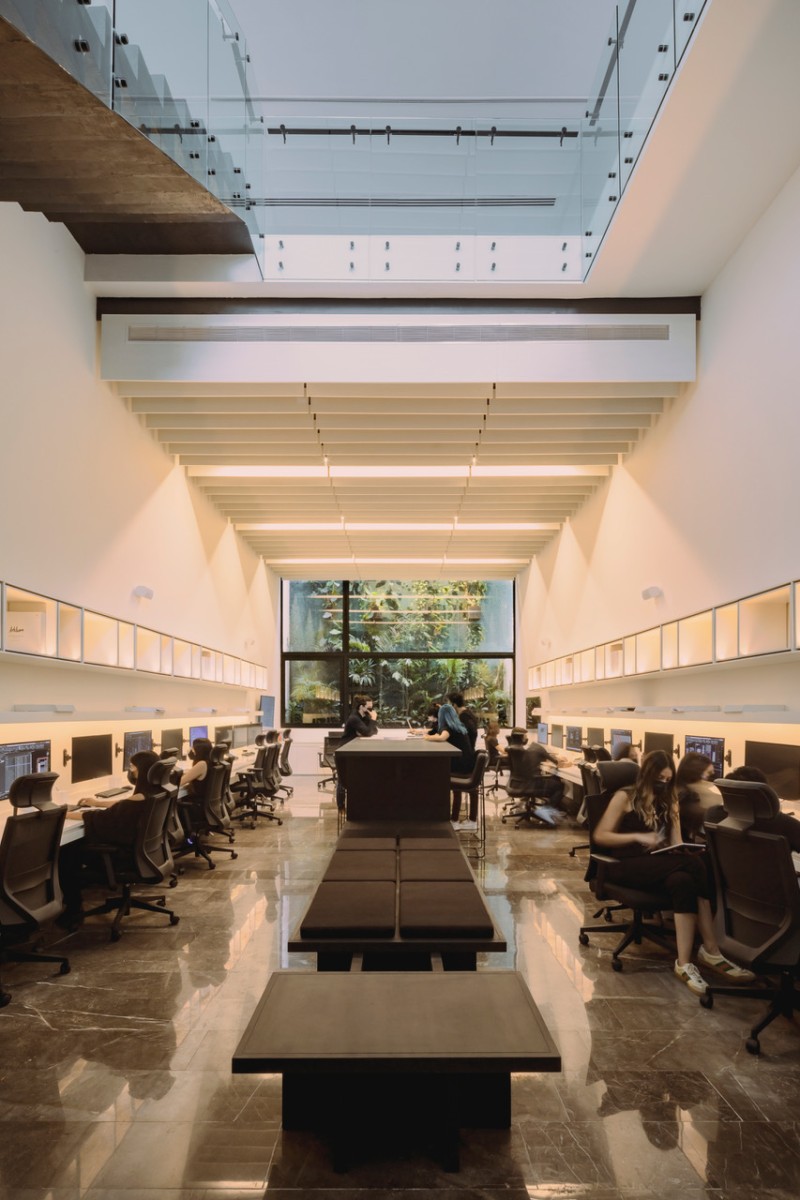 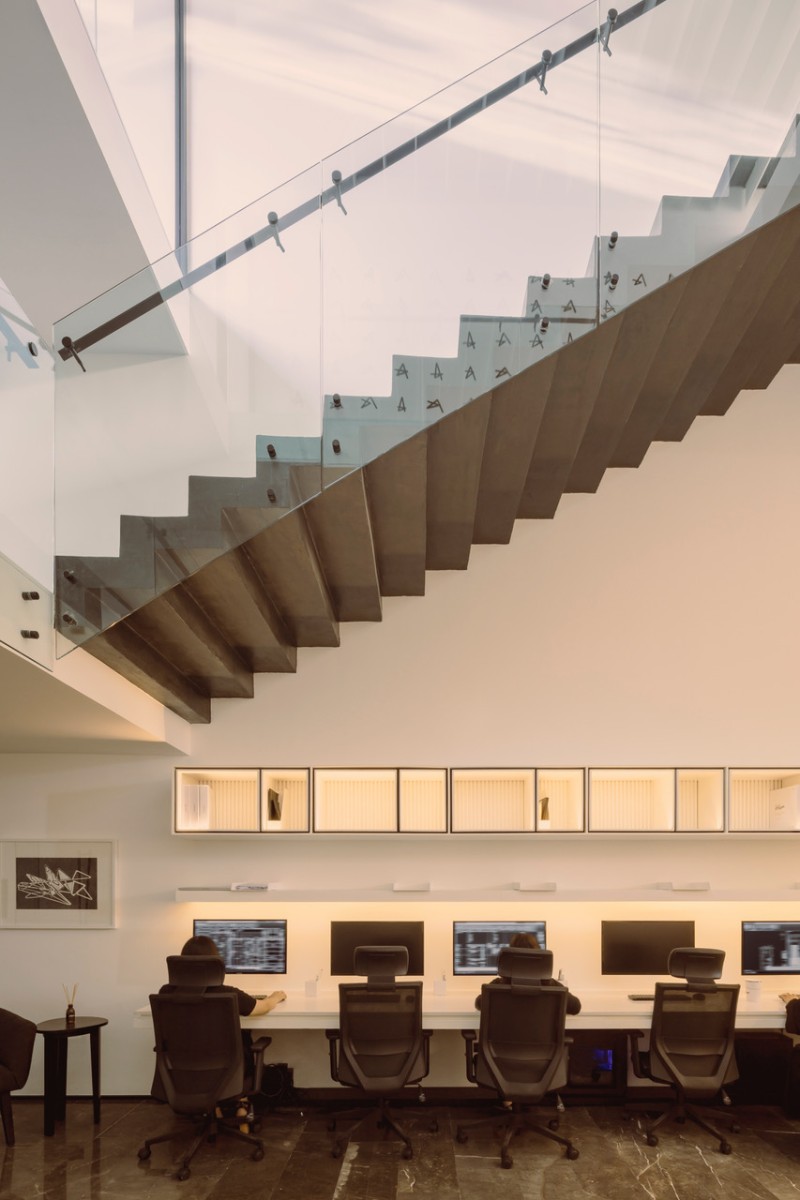 A dynamic space was sought for the workshop, with different heights, sensations and views, since the time of stay in it is prolonged. Climbing the exterior stairs, the guest arrives at a circulation space, which in turn is a viewpoint with a frank view of the workshop, letting The Asylum show its true muscle, its people, its team, its culture. Similarly, on this level there are two private ones, one for each of the partners, with direct connection to the workshop, but at the same time, totally open to a patio facing east, where dense vegetation allows total openness towards that orientation.