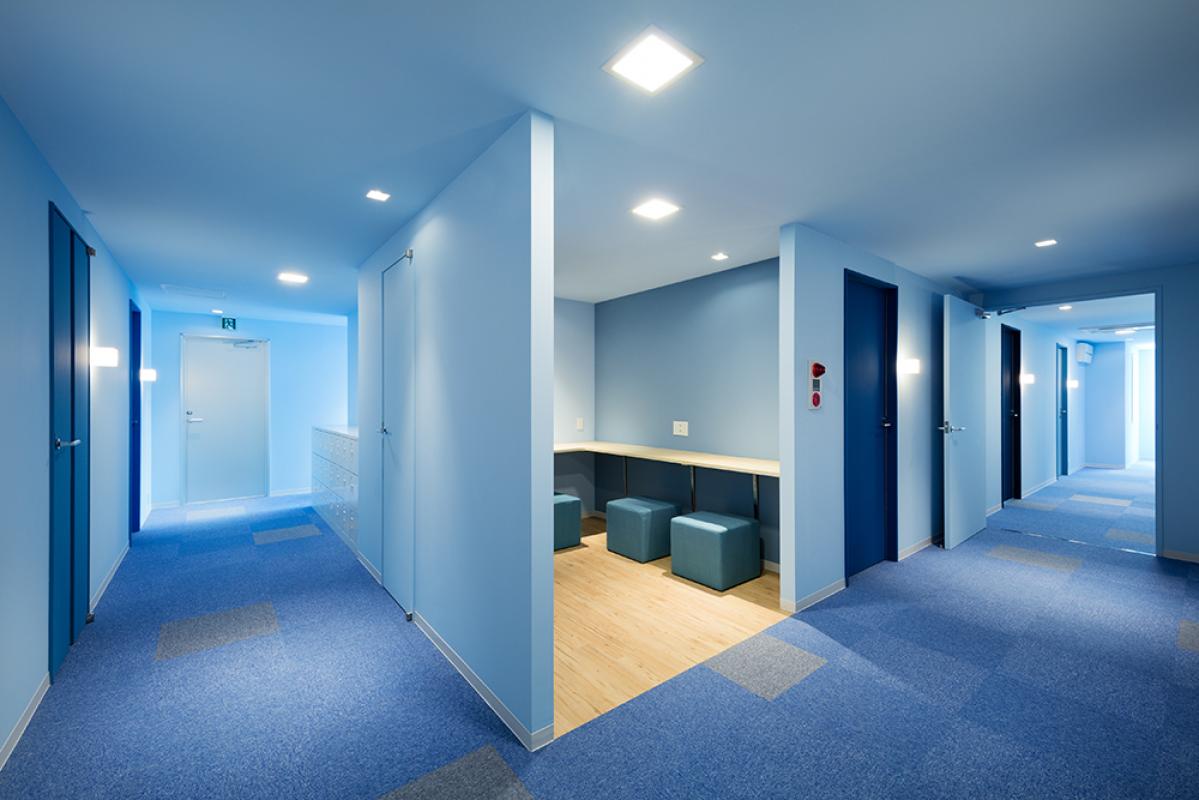 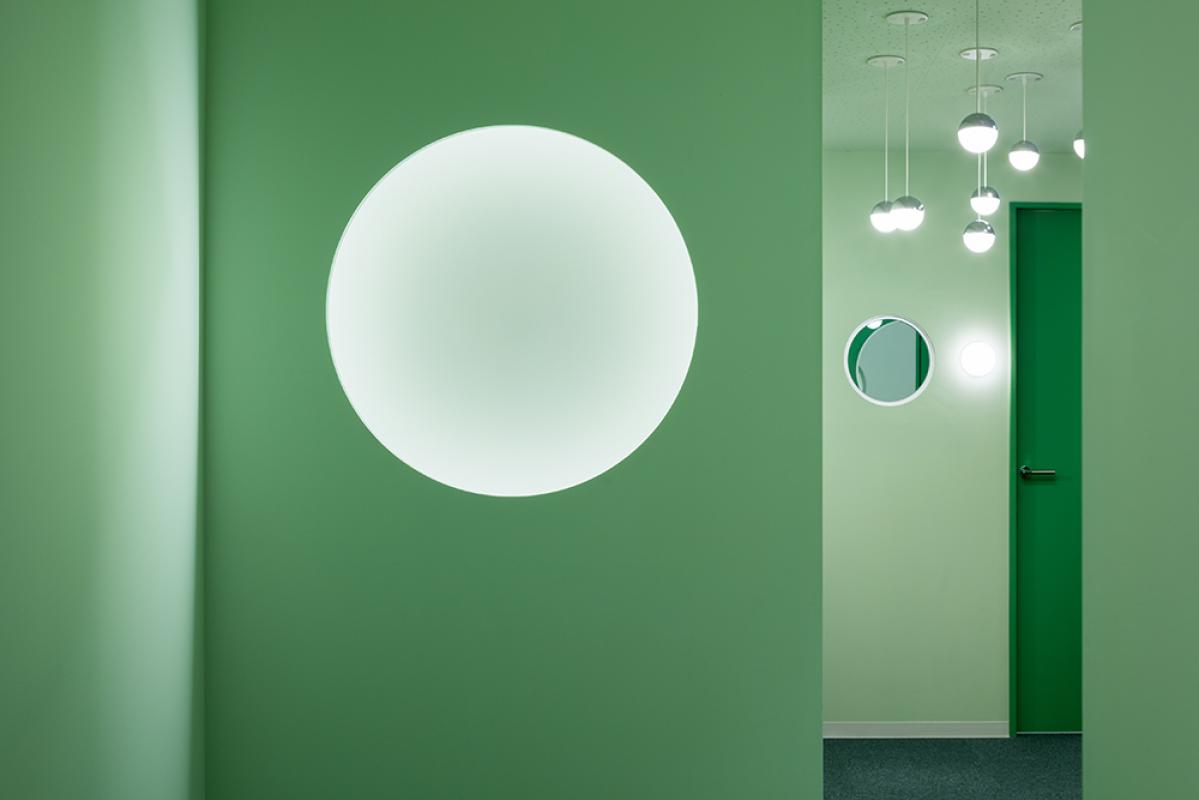 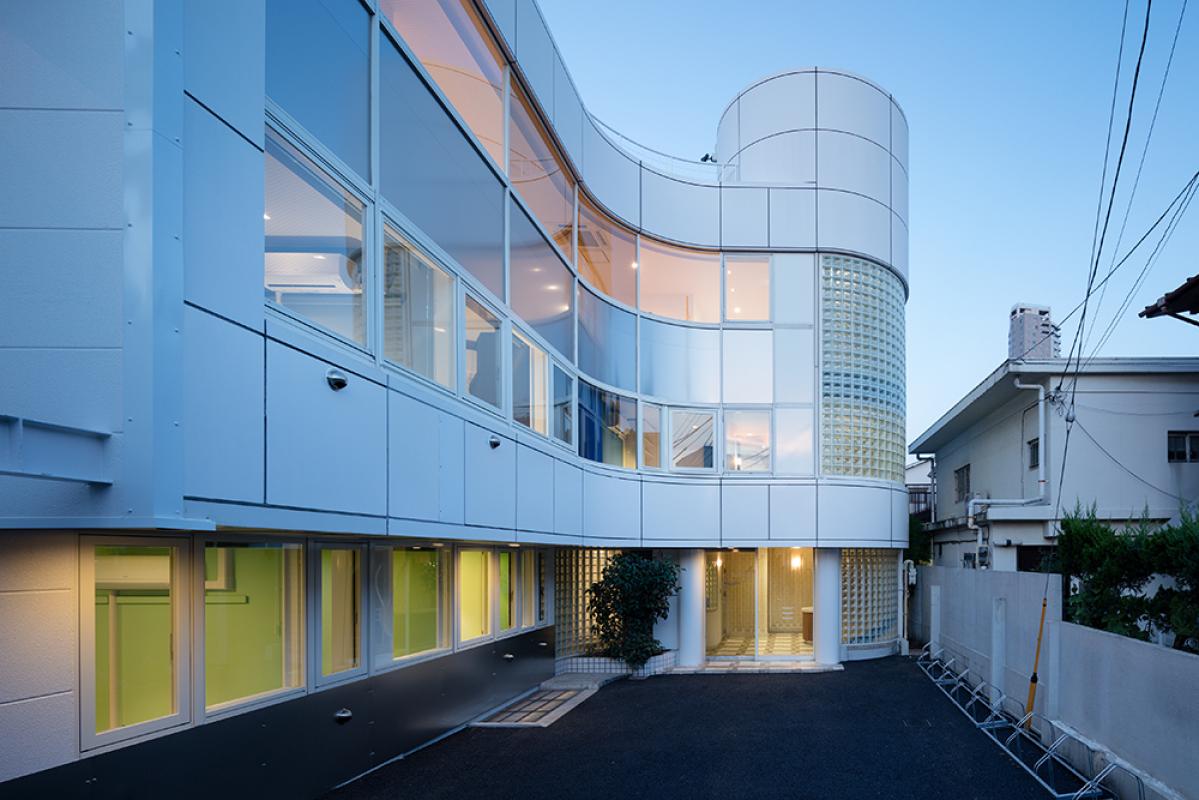 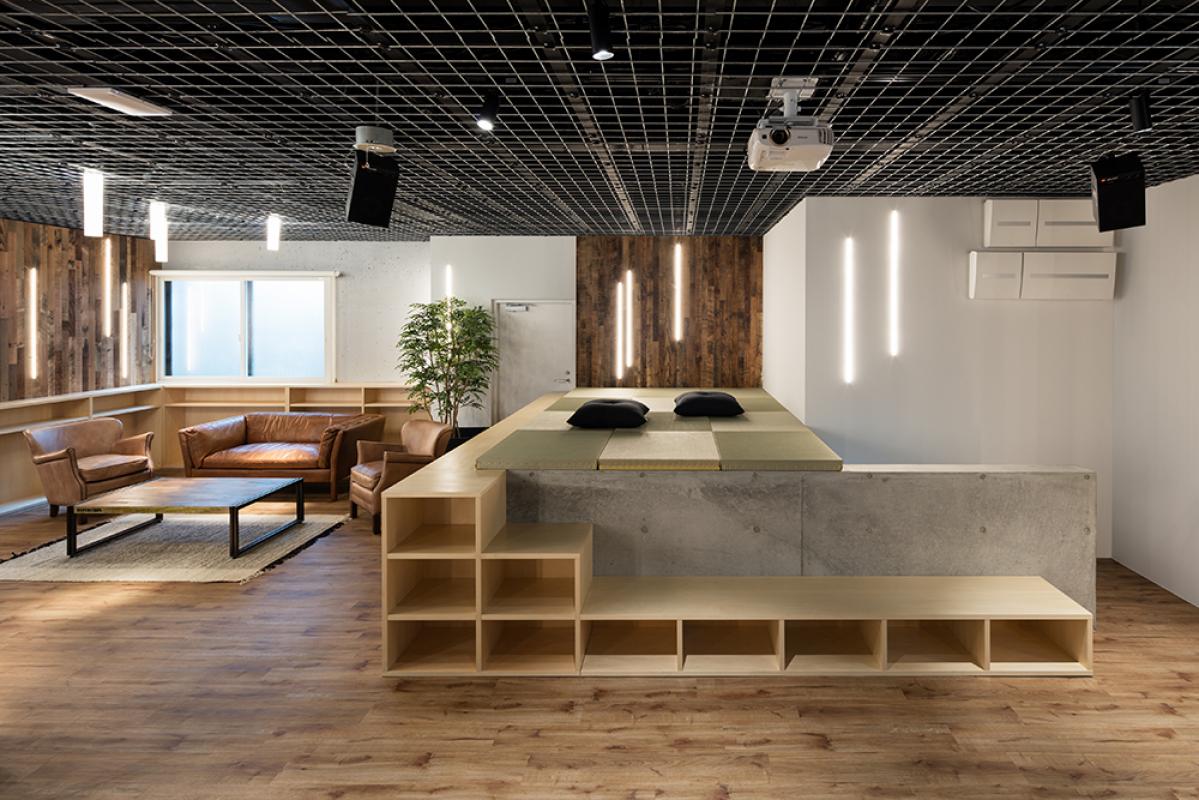 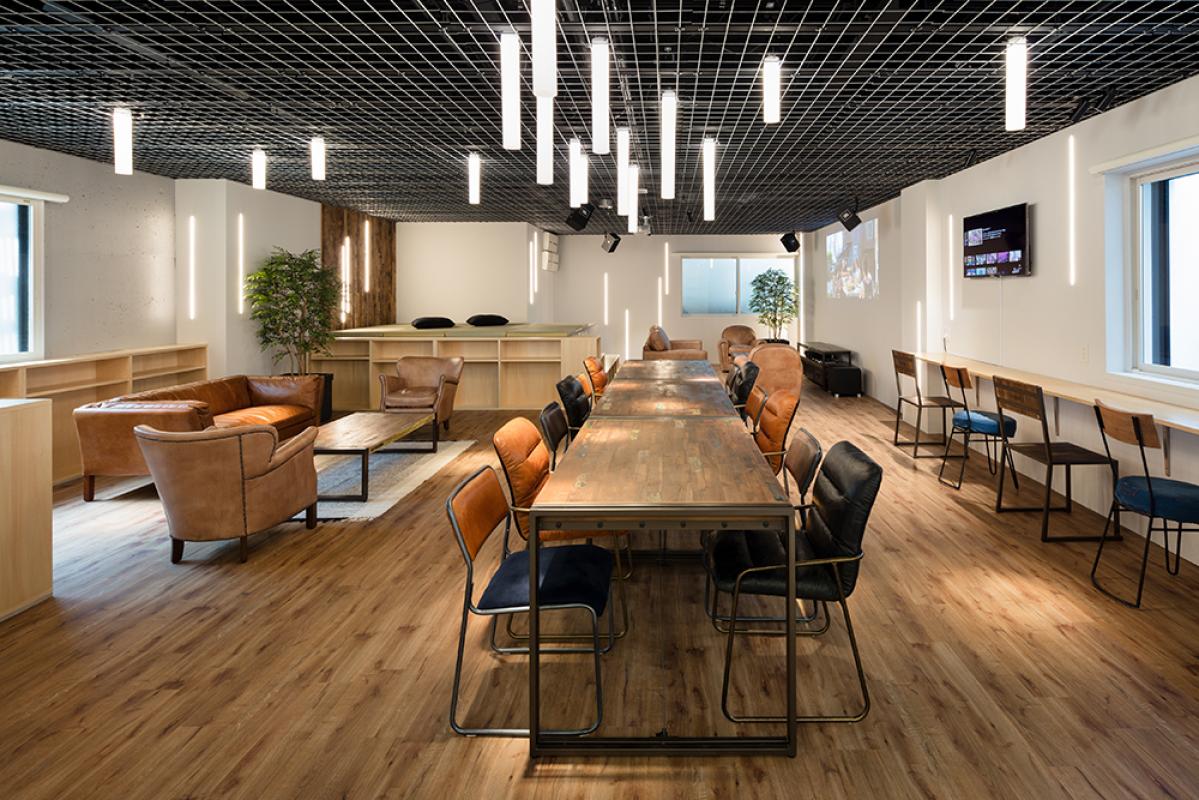 This project in the Wakamatsucho section of Tokyo’s Shinjuku district transformed an office building into shared housing, where residents have private bedrooms but share common areas, kitchens, and bathrooms. Shared housing has proliferated in Japan in recent years, primarily drawing residents who seek interaction with their co-inhabitants as opposed to the cheaper rents that typically attract people to shared living arrangements in Western countries. For a project in this particular type of neighborhood we envisioned a harmonious, cultured environment in which individuals with similar interests and tastes would gather and inspire one another. The forms and colors of the building are designed to create opportunities for this type of interaction. The existing entryway was left almost unchanged, while the building’s four levels were clearly divided according to function, with the first and second floors serving as private zones, the ground floor as a public zone, and the third rented out as offices independent of the shared house. The circulation plan allows residents to access their own rooms without passing through the public zone, which means that they are able to choose between spending quiet time individually or interacting with other residents even though they are living in a shared house.