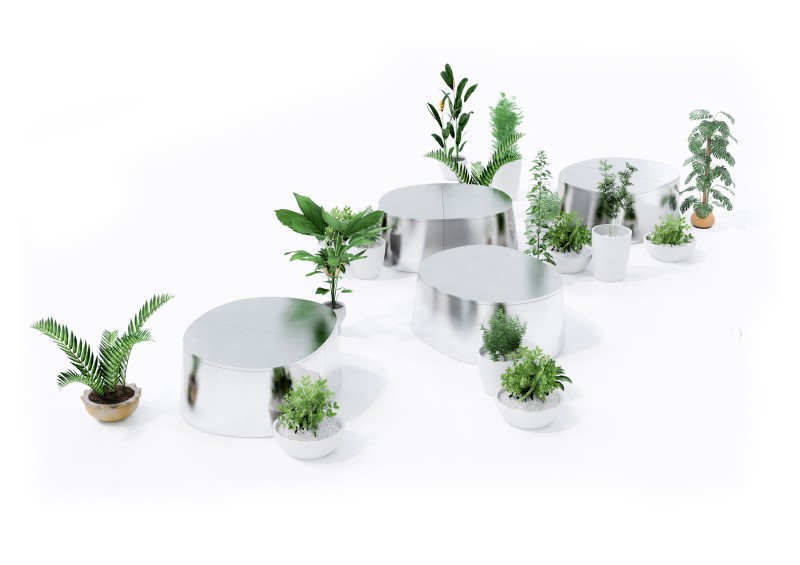 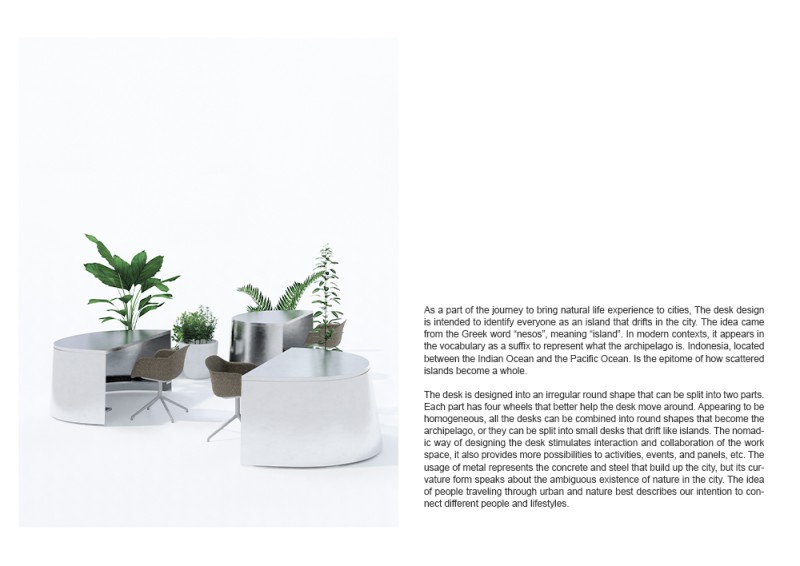 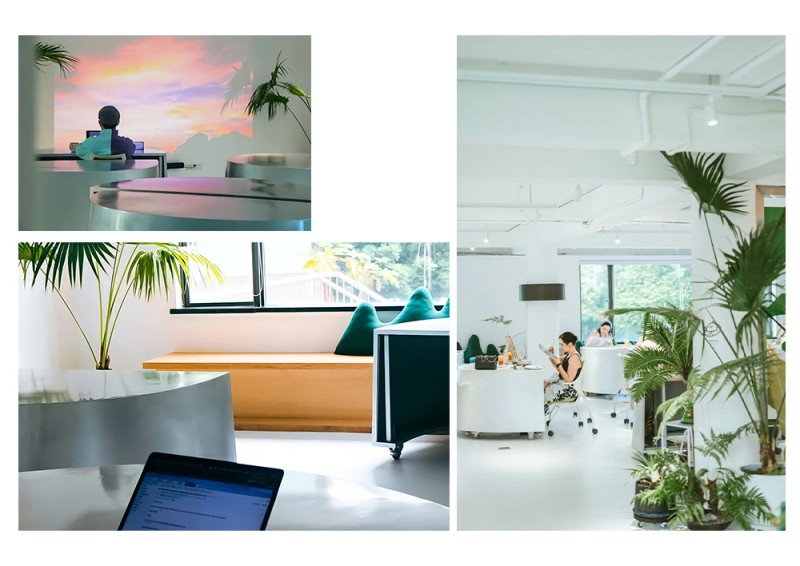 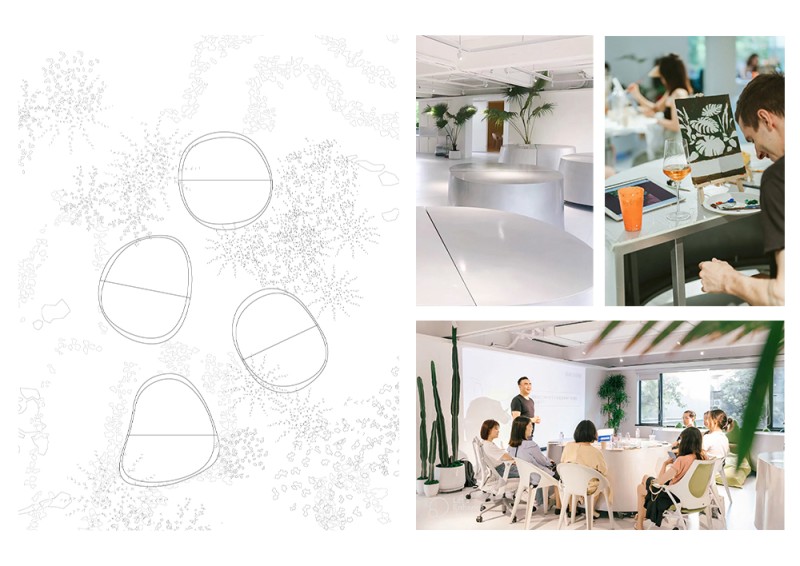 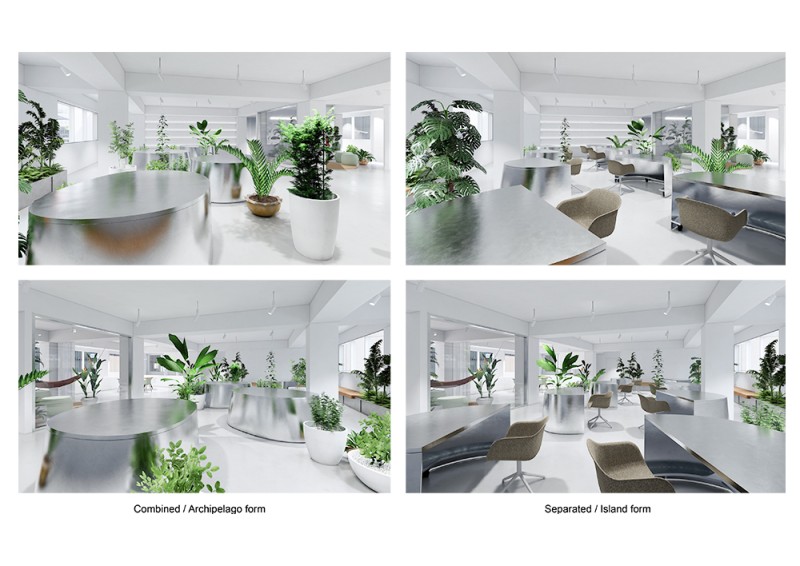 “Drifting Island” is intended to identify everyone as an island that drifts in the city. The desks are designed into irregular round shapes that appear to be homogeneous, they can be combined into round shapes that become the archipelago, or they can be split into small desks that drift like islands. The usage of metal represents the concrete and steel that build up the city, but its curvature form speaks about the ambiguous existence of nature in the city. The idea of people traveling through urban and nature best describes our intention to connect different people and lifestyles.