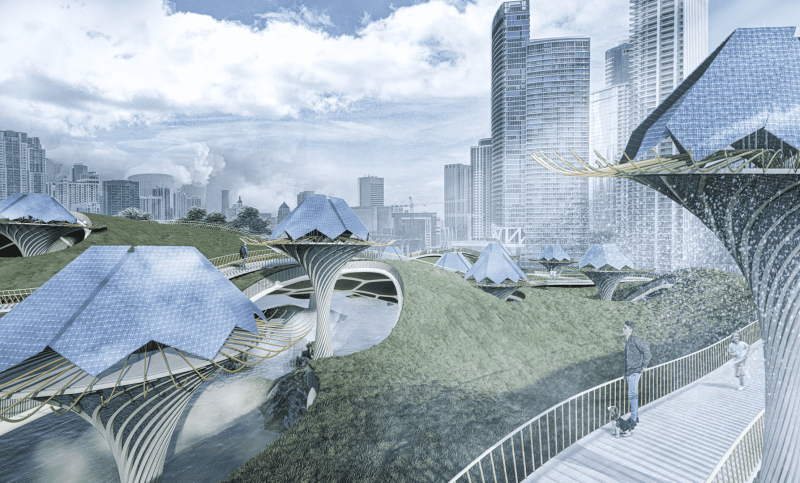 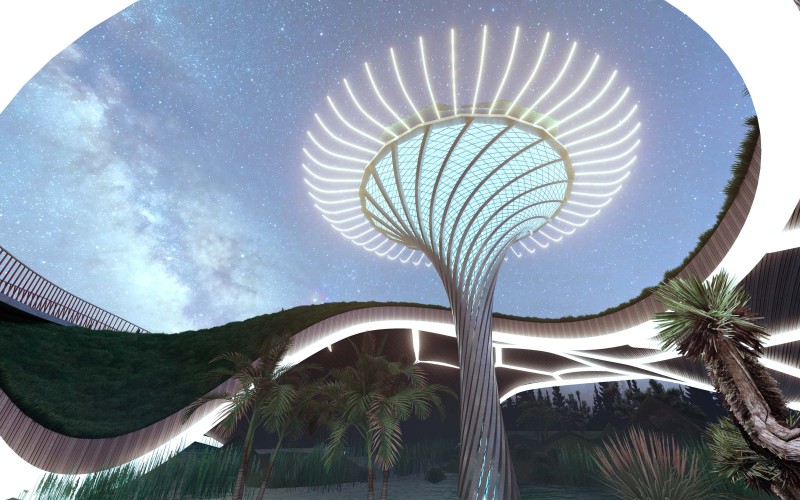 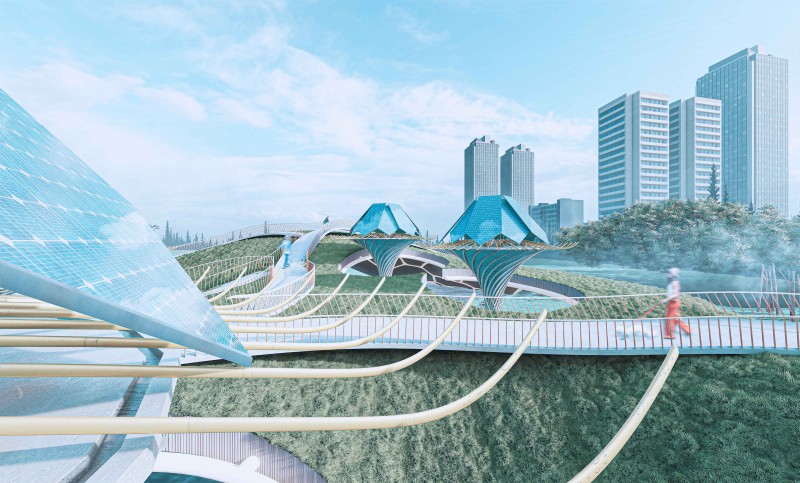 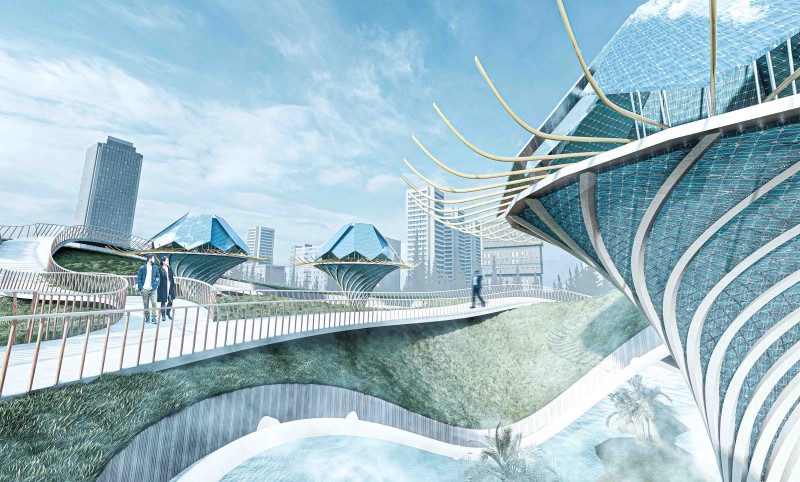 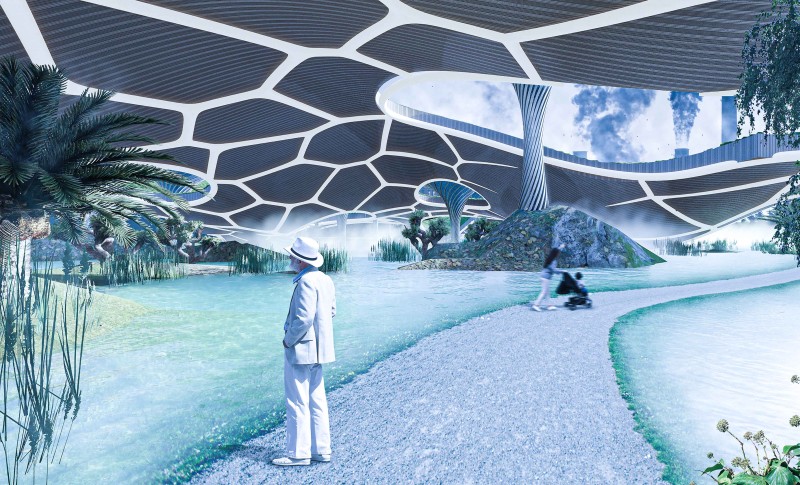 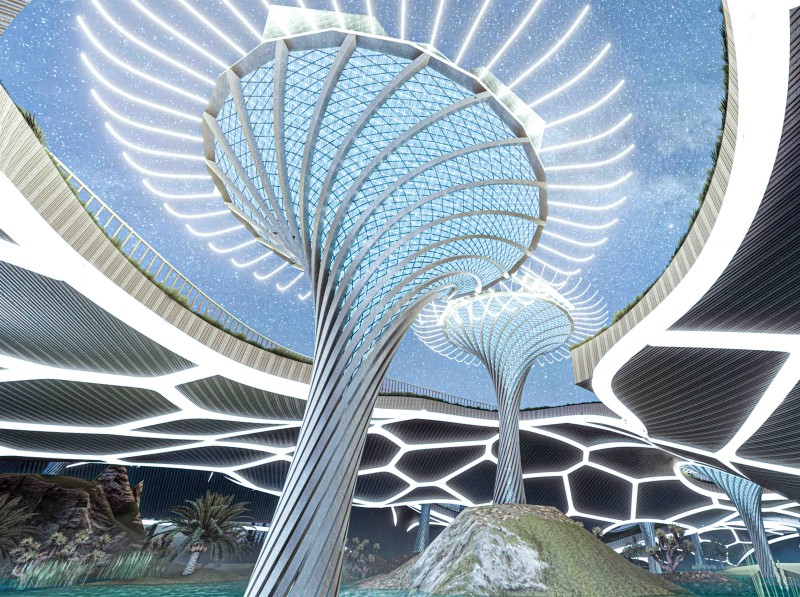 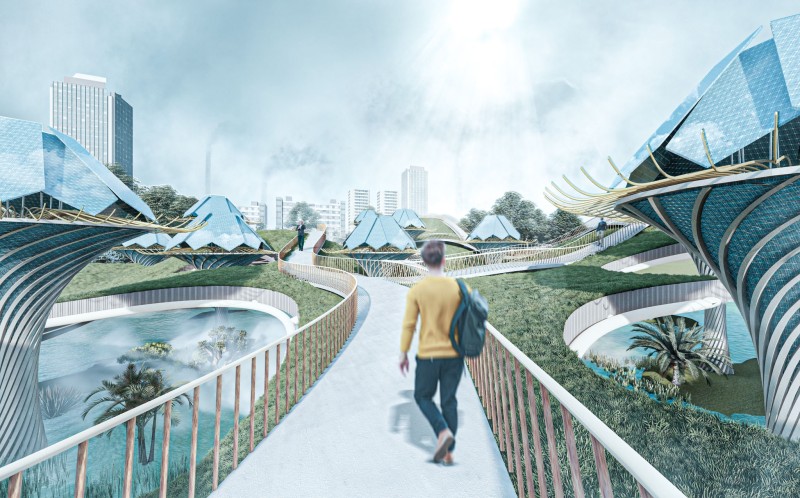 The project is built to approach major environmental issue in urban areas. Combined with ten purifying tower and organic site, we create an island with air purifying, self-powered system, and able to adjust temperature, water level, and humidity. Due to the ion technique, a single tower only cost 2.8 kilowatt per hour. The tower work much like a catalysis of a car, by catalyzing harmful nitrogen dioxide into harmless organic matter. The whole island is able to purify 300000 square meters air around it, which is 360% cleaner than before.