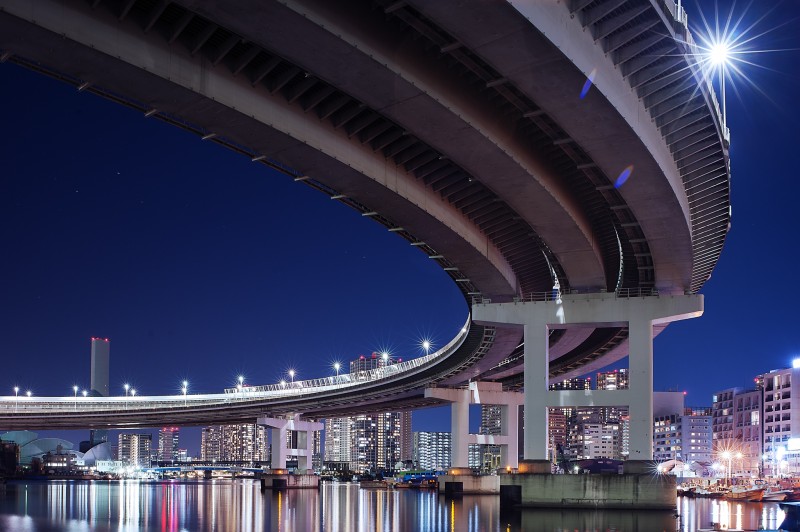 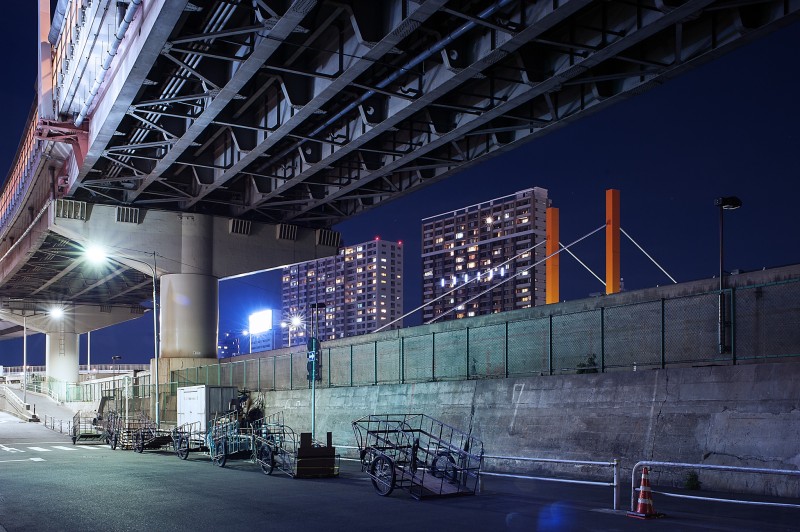 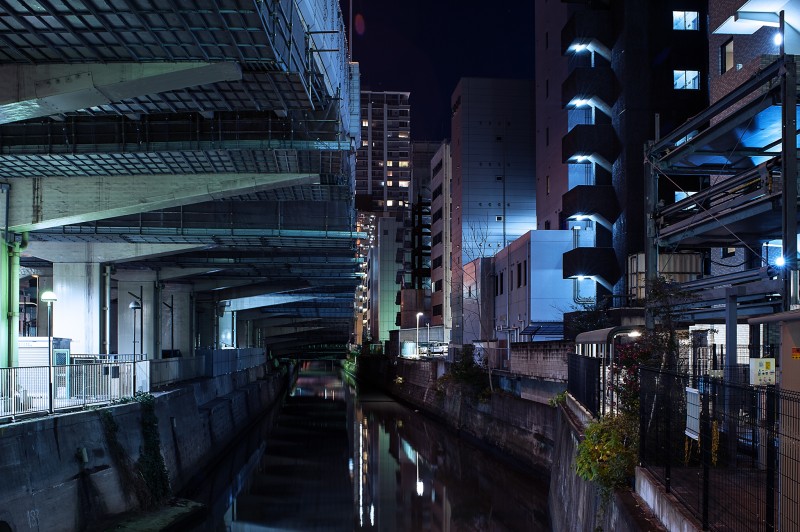 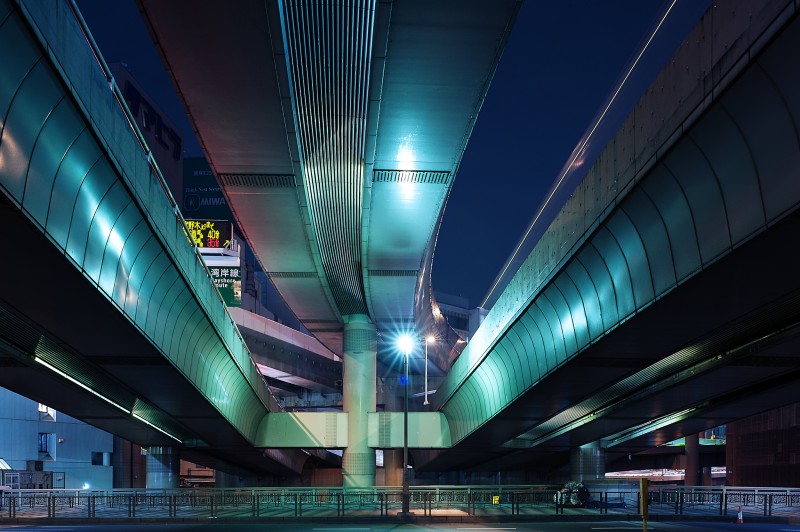 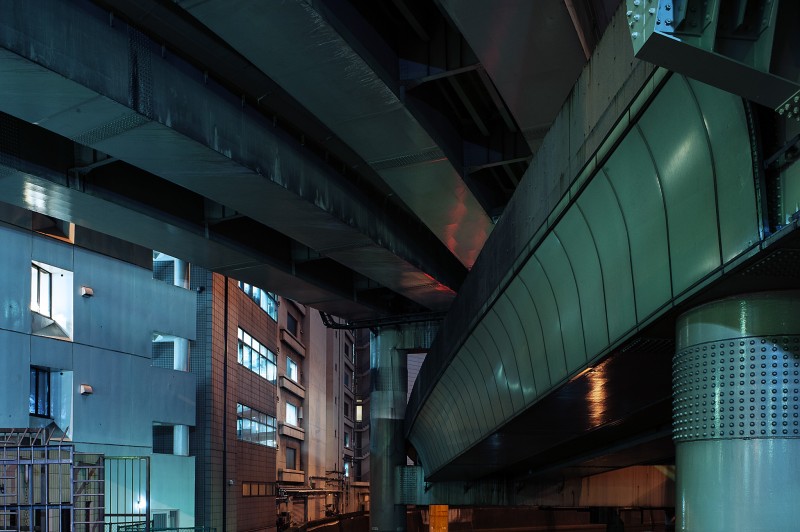 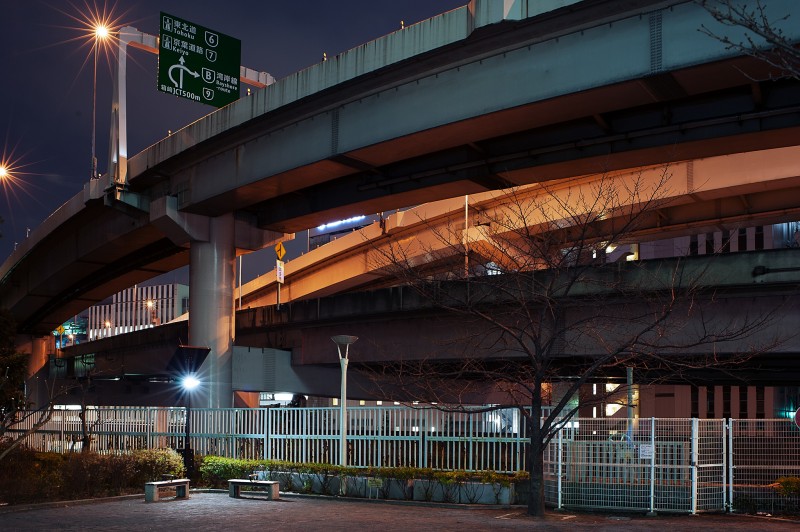 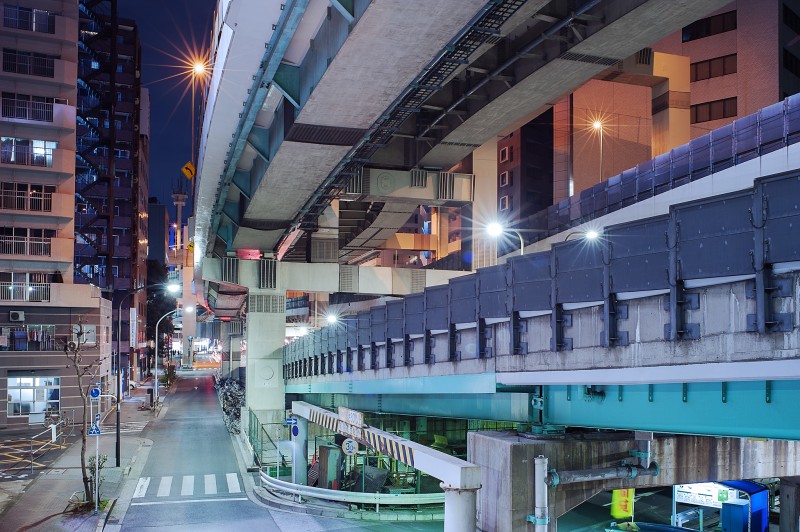 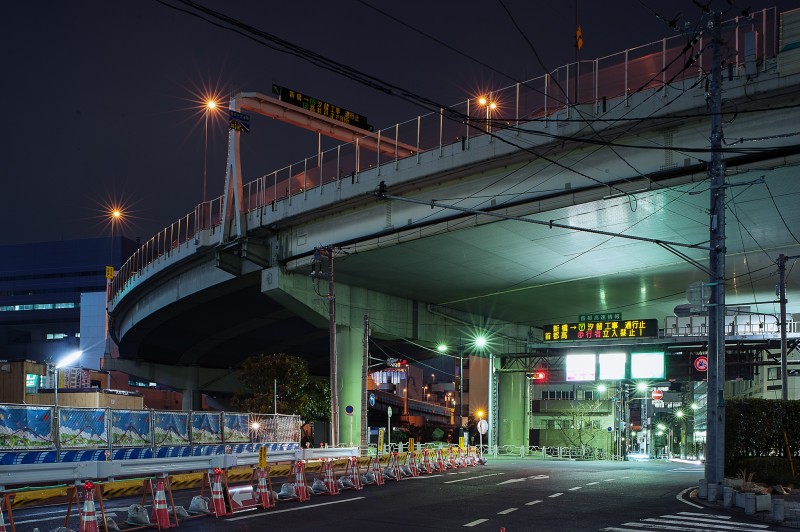 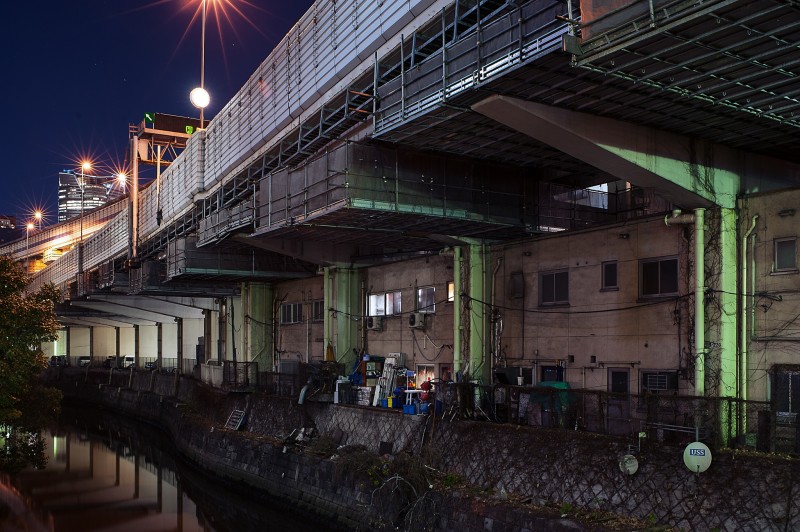 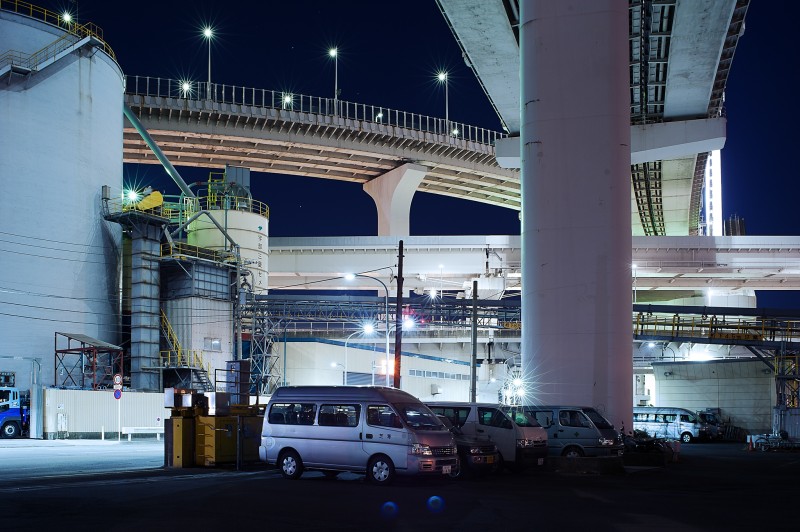 Today, the fast road network plays an important role in the mobility of goods and people. But it generates social discrimination, pollution and territorial partitioning. The Shutô Kôsoku (Tokyo's toll roads network) and its monstrous sprawling architectures create a visual impact by comparing it with other usual elements of the city. Despite this visual contrast, those roads do not mark frontiers and do not divide the territory. Instead, they seem integrated into the landscape and forms a kind of road bloodstream of the city.