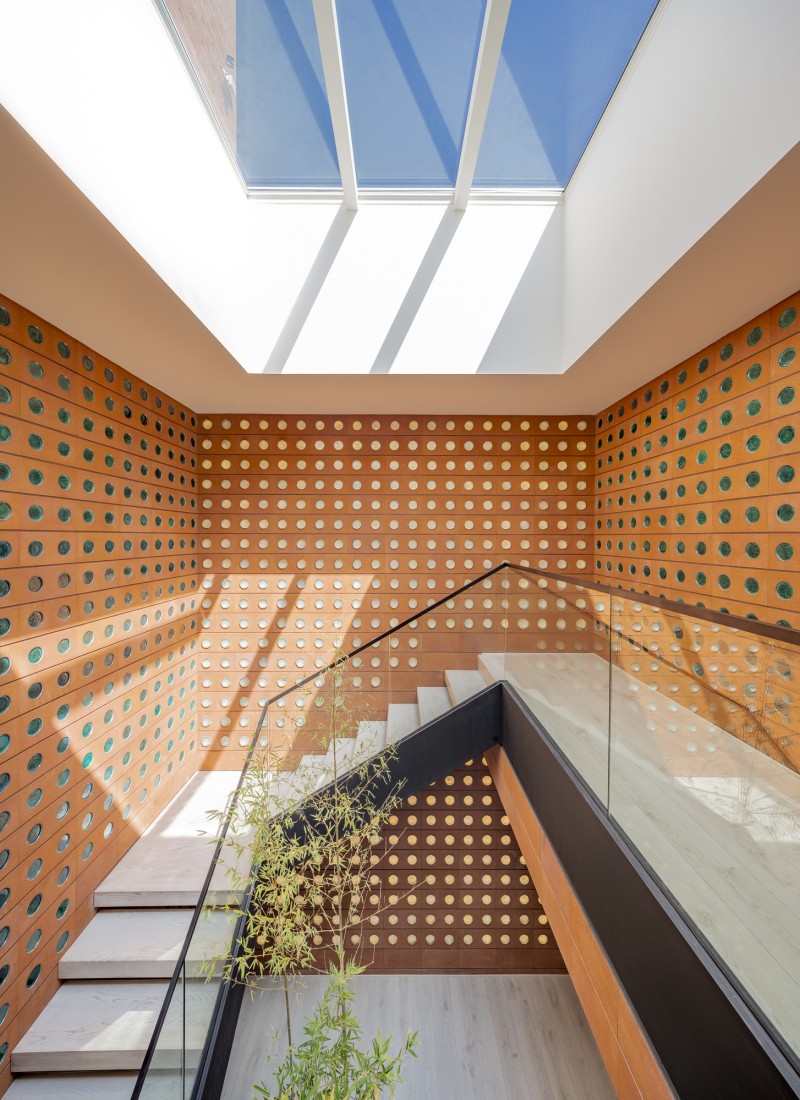 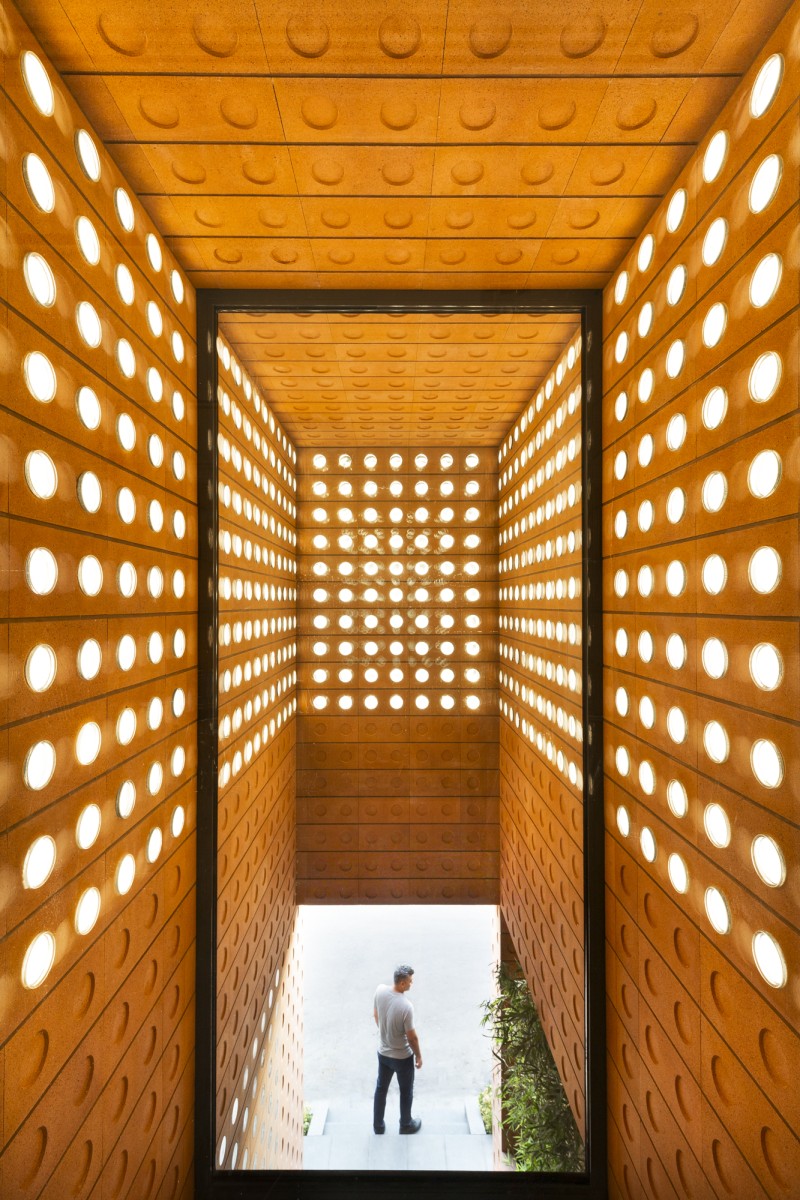 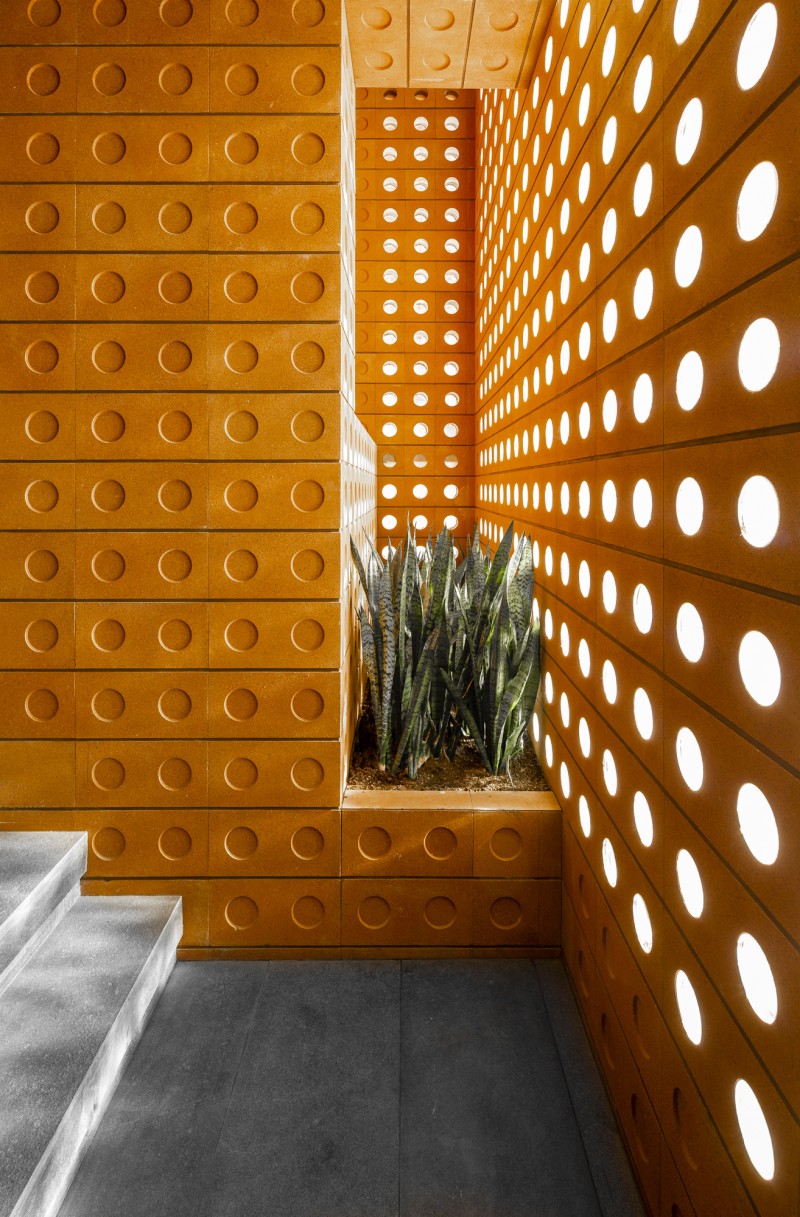 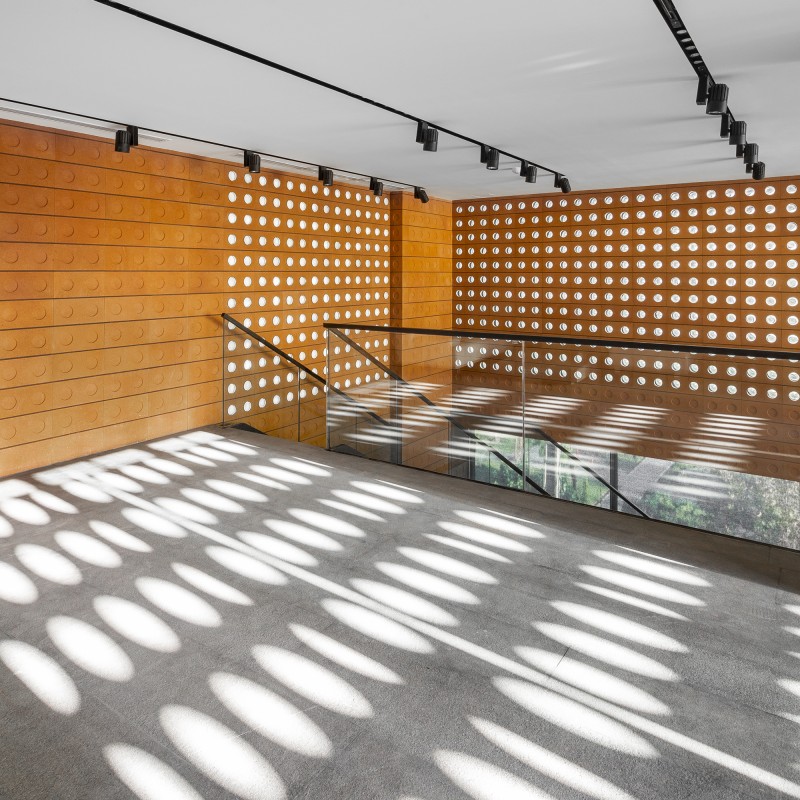 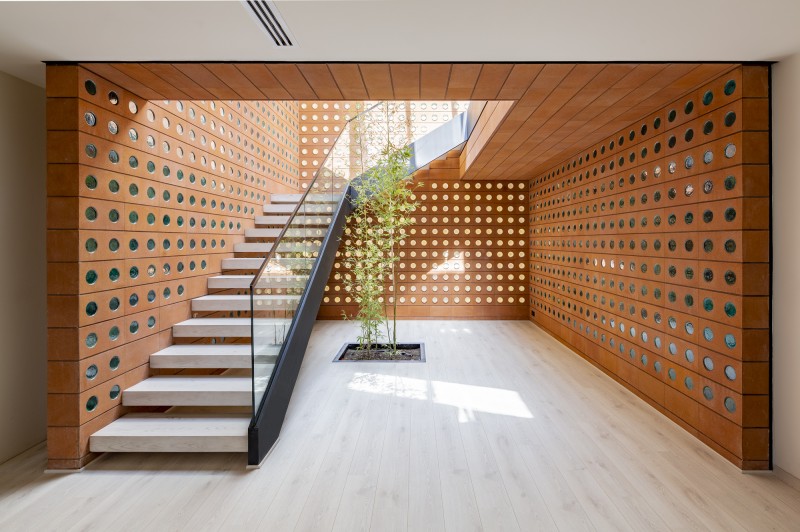 Architect:Hooba Design The story of Kohan Ceram building was started when a new modular creature was formed called the “Spectacled Brick”.The Spectacled Brick not only formed the exterior façade, but also transformed from a surface into a volume which extended into the building in the form of modular greenspaces.The interior walls were formed by the extension of the exterior walls, following the main design criteria which was to merge dual qualities. Bringing the natural lighting inside spaces in a mysterious way, the Spectacled Brick delayed the perceptions towards the building.