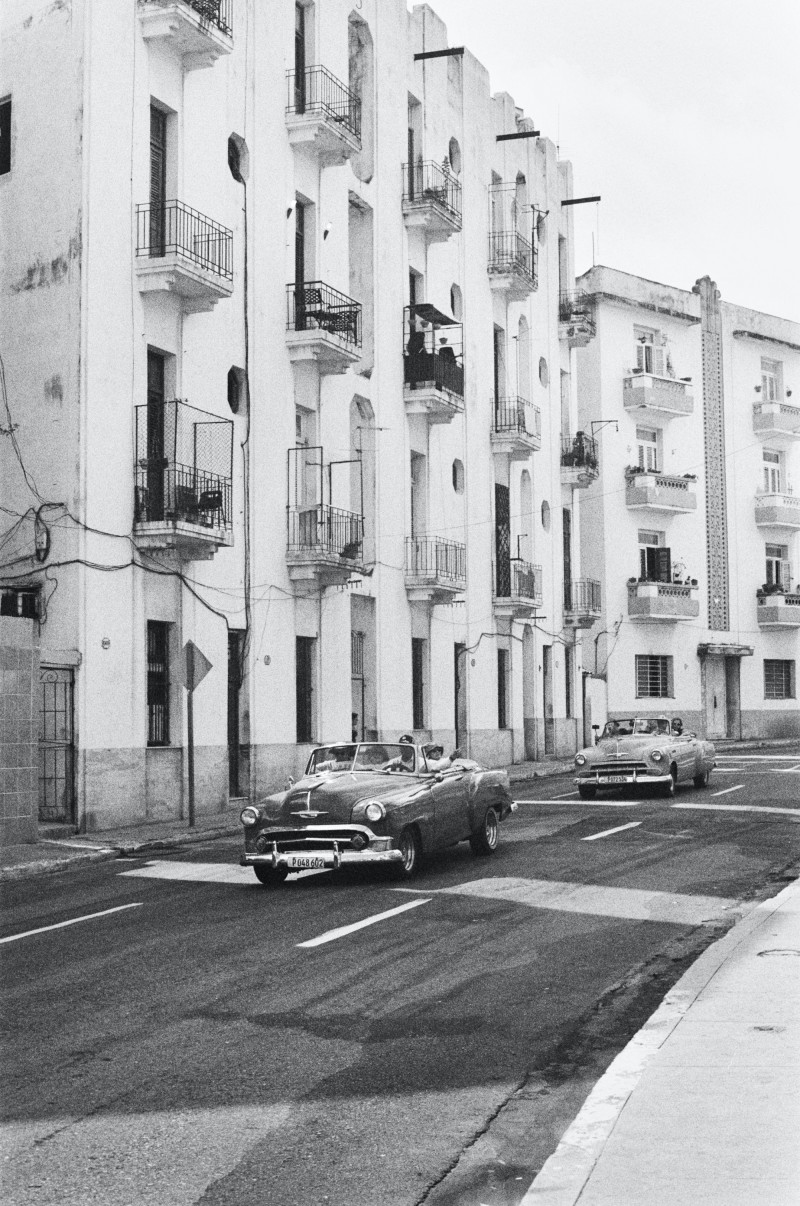 Part of a personal project shooting modern Havana on film. Much of the city is still in a time warp of 1940s architecture that is often in a state of disrepair. This street scene, in the middle class university district, was shot on black and white film pushed to 1600 ISO to recreate the effect of a photo taken in Havanna's heyday.