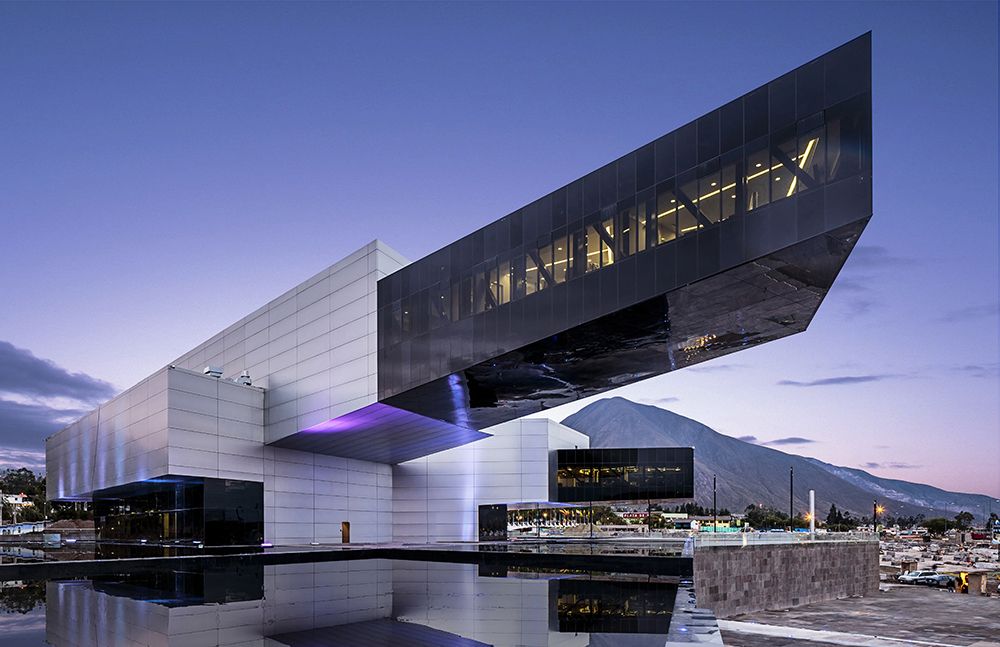 In this article, we look in more detail at UNASUR (Union of South American Nations) General Secretary Headquarters, a 2018 Architecture MasterPrize winner in our Architectural Design / Institutional Architecture category.

The lead architect behind this stunning design is Diego Guayasamin of Diego Guayasamin Arquitectos. An Ecuadorian architect born in Quito, he completed his undergraduate studies at  Pontifical Catholic University in Quito. He then continued his education at Lufthansa Technik in Hamburg, Germany, specializing in airport terminal design. Guayasamin’s professional practice is based in Quito, where residential, commercial, corporate, and sporting buildings — in addition to interior design — are projected with a high level of sculptural content that aim to have an identity of their own, coupled with timeless qualities.

The UNASUR General Secretary Headquarters is located in the “Mitad del Mundo” (Middle of the World City Center Complex), 14 km north of the capital city of Quito, in an area of 20,000 square meters. Officially, it is a massive structure that by contrast rises and projects itself as a metaphor of freedom and that has as its base a large public plaza — not only as part of the requirements/proposal but also as a gesture of respect and contribution to the surrounding environment. The building has been designed with a sculptural connotation to give an element of surprise and present a different image depending on where you view it from. Volumetrically, the new building rises in the form of a “U” defined by three virtual axes. Diego Guayasamin always dreamed of an aesthetic and technologically creative project exported from Ecuador and the region to the world.

A special analysis had to be considered with regard to the immediate context and, specifically, on the Mitad del Mundo Monument. The horizontal axis of the UNASUR building does not exceed the height of that monument and is implanted at a lower level. It even solves 75% of its program underground; including significant areas. In this way, the impact of the high requirement volume is minimized.

In the case of the two flown habitable beams/offices, the outer structure of the interior was separated through shock absorbers or seismic dissipaters. These were designed specifically for this building and it is the first time that they have been used for a building of these characteristics in Ecuador. This structure results in a positive, proactive system with a strong iconic image. The scheme also possesses the largest flying armored cantilever in South America — 56 meters without support — and is a model of technology, drive and creativity.

Since its inauguration on December 2016, the UNASUR Building has received more than 40 requests to appear in books and specialized magazines, it has been translated into more than 15 languages and more than 200 requests have been made to be made reviews or subject of study in Universities.

Many thanks to Diego Guayasamin for answering our questions and kindly sharing more details of this incredible project.